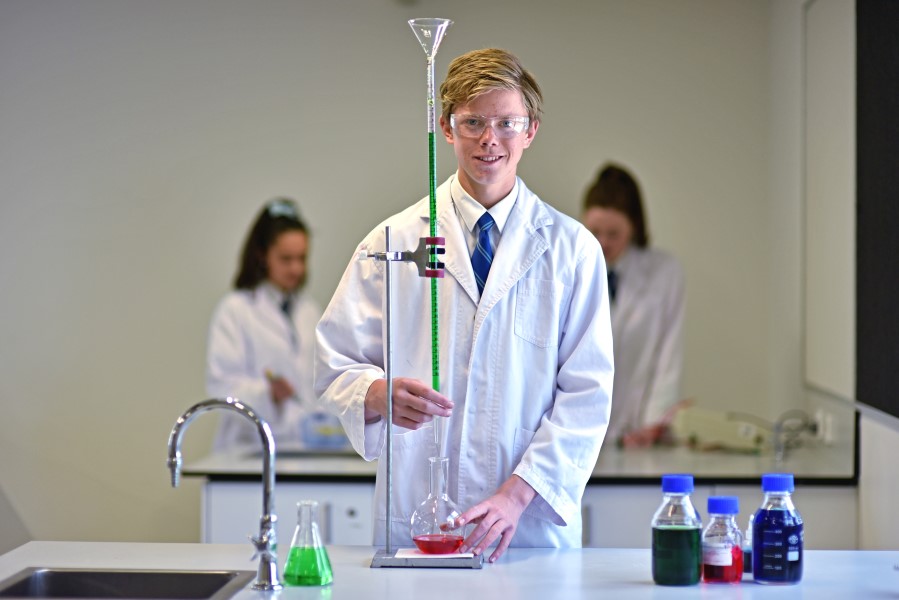 Assumption College’s quiet warmth resonates through its values and the way its staff speak of it. A proud Catholic day and boarding school in the growing commuter town of Kilmore, it encourages its students and staff to “inspire one another to shape the future with audacity and hope”. On speaking with Principal Kate Fogarty and Head of Boarding Dick Morriss, the loyalty to heritage, development and community are clear as they talk of family spirit, personalised teaching and activities galore.

But first things first, the history. Assumption College was founded by the Marist Brothers as a boys school in 1893 and enrolled its first boarders in 1901. The first female day students arrived in 1971, and the first female boarders in 1995. As Kilmore grew, so did Assumption. In the late ‘70s the school was home to more than 300 boarders. In recent years, due to reduced boarding demand, the college now has 72 boarders and an overall enrolment of more than 1200 students. 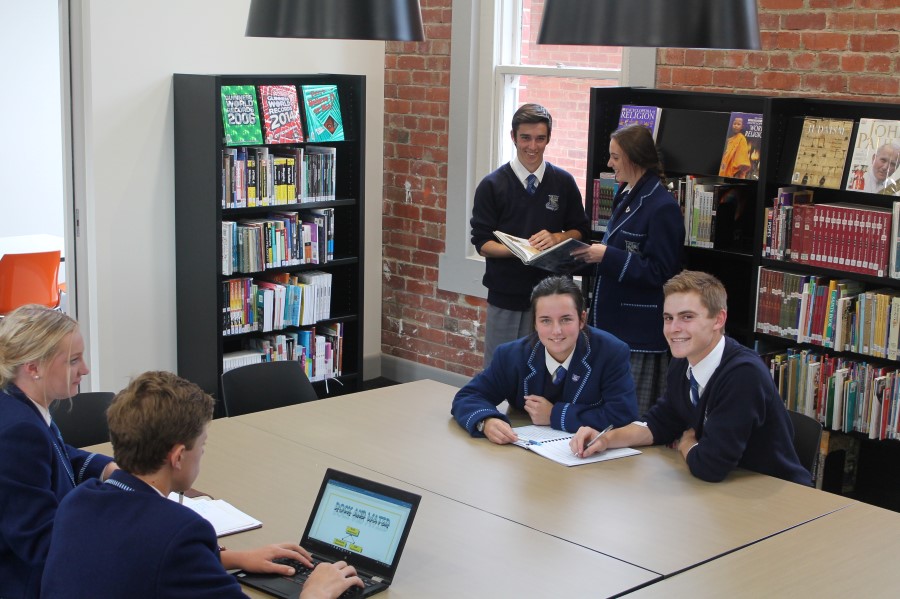 “About 25 years ago, the Brothers were looking to update resources for all their schools, to really redefine what it is to be Marist,” explains Miss Fogarty. “We went back to the days of the founder, St Marcellin Champagnat, and those original five characteristics [presence, love of work, simplicity, family spirit and in the way of Mary], to help us define what is distinctive about Marist education.”

To this day, it combines a spiritual identity with excellence in teaching and pastoral wellbeing. But what are the specifics that make this school the thriving ground for the next generation of successful millennials?

The essence of family

Over time, it was the spirit of family that the school really focused on; from a nurturing family dynamic within the boarding community to trying to enhance the strong ties that students have with their own families. Through efficient use of technology and the power of social media, these ties are stronger than ever. There’s a dedicated boarding page alongside the school’s main Facebook page, while mobile technology ensures easy communication between parents, staff and students. 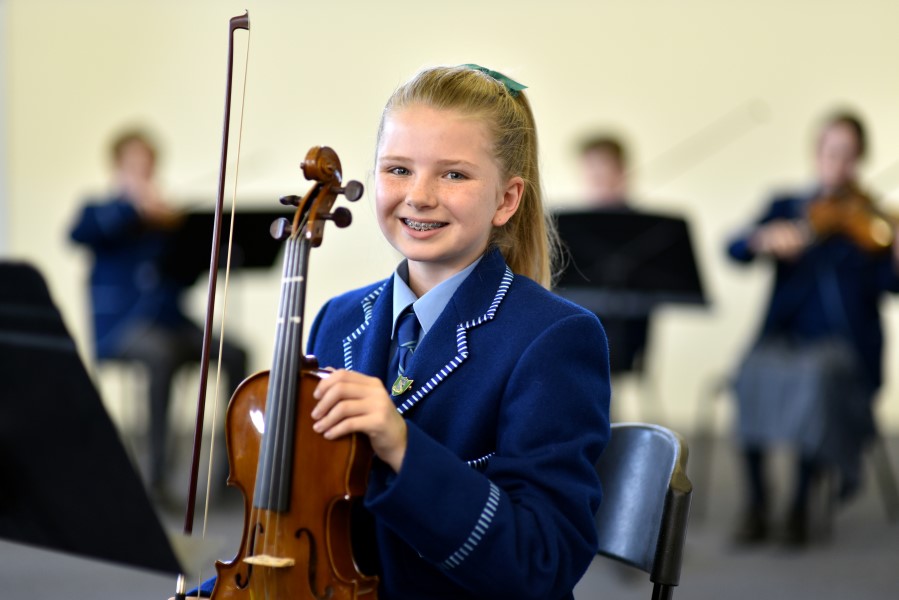 “One of the cutest moments we’ve seen was when a boarder’s mother, who was on a community marketing visit with us, got a video from her son,” says Miss Fogarty. “He’d just learnt how to use the washing machine! She and the other mums were so excited to be a part of this moment, and to see how much they could still be a part of their kids’ day-to-day life.”

After considerable discussion and reflection a few years back, the school downsized its boarding residence. The large, historic boarding house was closed in favour of three smaller houses, two for boys and one for girls, each accommodating 24 students and offering a more boutique experience.

“This decision came after we really homed in on those five characteristics. It became clear that we wanted to do more to develop the family life we wish to live and the familial culture we wish to embody,” said Director of Boarding Dick Morriss.

“Those big old dorm-style rooms weren’t conducive to building the kinds of good relationships we want in the modern day. With this new way we could replicate the family dynamic more easily. This dynamic was further enhanced with a mix of ages in residences, and students having their own rooms rather than sleeping in dorms.

“It was a brave decision to close the big boarding house; we were full and doing well,” Miss Fogarty continued, “and yet, we favoured a style of boarding that sat more comfortably with our values, and aimed to produce the kind of young adults we think the world needs.”

A spotlight on wellbeing

These young adults are supported not just academically but developmentally too. They take part in many community and charitable projects, and a core example of nurturing their emotional wellbeing is through the school’s restorative practices: methods used to bring a pupil back into the mainstream student community, after they have, perhaps, through their behaviour lost the trust of others. 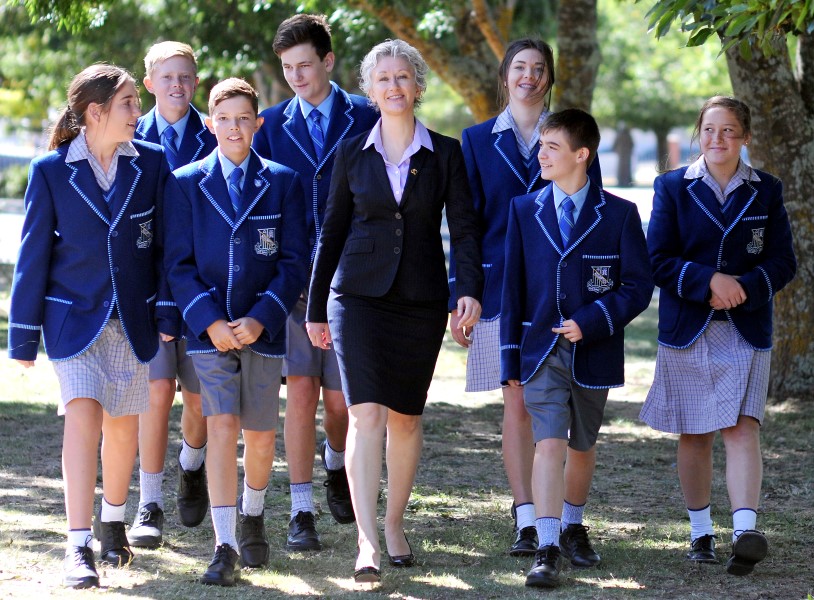 “We don’t see punitive consequences as a good way of helping young adults to grow into the best version of themselves,” said Miss Fogarty.

“We involve them in conversation and reflection on how their behaviour has impacted others, and then we help them to find a way to seek a better relationship, or, in fact, gain forgiveness.”

Miss Fogarty and Mr Morriss believe this approach is a great way to help students grow into better adults. Such restorative practices are used throughout the school community. With people living so closely together, especially adolescents with their quirks and challenges, knowing that the school has a safety net of discussion and calm consideration creates a more conducive environment for people to feel respected and valued.

Another thing that separates Assumption’s boarding program from others is that its boarding staff live onsite. When Assumption talks of its boarding community, it talks of its student, their families and its staff. Time spent with, and dedication to, students by staff is what helps to deliver that real and rare sense of family.

“Our staff would not move their entire family onsite unless they felt living in a boarding residence would be a joyful experience,” said Mr Morriss.

And Miss Fogarty added: “We offer them great support, with opportunities to lead and be part of decision making. Our boarding staff get all the professional learning that our day staff receive, alongside regular pastoral care courses to help them develop and enable them to do their jobs in the best way possible.”

Staying true to its roots

In explaining how the school is staying true to its Marist and rural roots, Miss Fogarty returned to the downsizing of the boarding facilities, which was a large financial investment for the school, one which she felt was hugely courageous: “It just showed that we’re not just about taking kids because we can, but because we’re staying true to our values and to the rural families we have always served.”

The school has even held back from going after the international market as many boarding schools have and has stayed true to the original boarding purpose: so that students from remote communities, ones that couldn’t get a Catholic education, could. The college also welcomes students of other faiths.

In this same light, the school provides additional tutoring to its boarders during evening study which, although costly to the boarding program, persists because of its great results. The boarders are after all doing better academically than their day peers.

Although the school is certain in its values, it knows that it can only grow through learning and changing. It is with this in mind that Assumption makes full use of its Marist backdrop. Through its close ties with 12 Australian Marist owned and governed secondary schools, it draws extensively on their wealth and expertise.

“They’re our sworn sporting enemies, our sister schools. Actually, later in the years we’re hosting a conference for all Marist sporting schools through Australia,” explained Mr Morriss. We also join forces with our fellow Marist schools in leadership projects.

For Assumption, being part of the Australian Boarding Schools Association (ABSA), the biggest association of boarding schools in Australia, means they also have a great resource to draw on  Through sharing in a wealth of expertise, what they’re learning and best practices, they can always improve and stay current.

It is perhaps unsurprising that Assumption has a significant waiting list. Indeed, growth in the northern suburbs is putting additional pressure on the school to find places for more students. It has done substantial building work in the past seven to eight years which will help to accommodate this extra influx, and Miss Fogarty says that they’ll take on one more stream of students in 2020, but by 2024, the school will be at capacity at around the 1600-1700 mark.

“We’re very blessed with the huge amount of space we have and we’ve done some great planning in anticipation of the growth that’s coming,” she said. 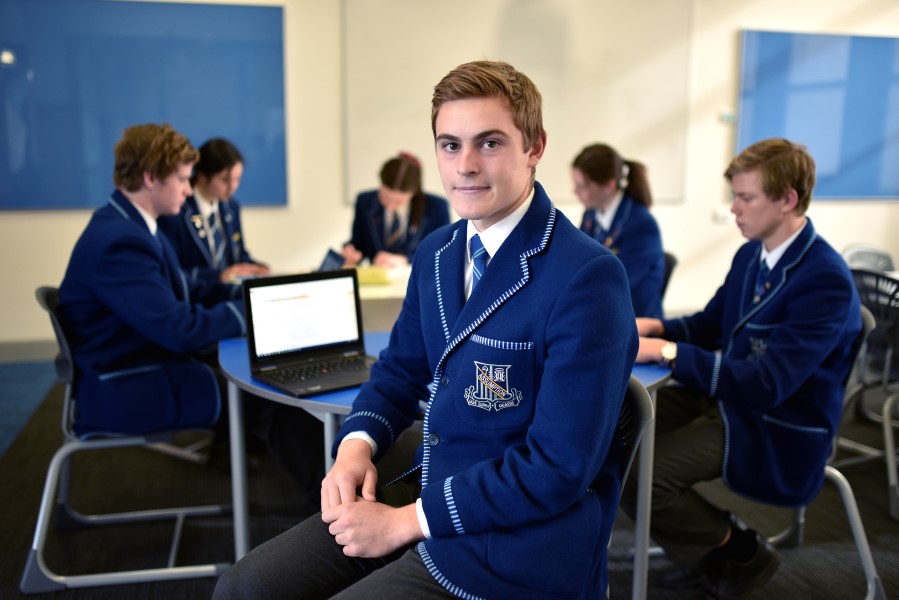 “No matter, we would never grow the school until we feel we’re in the right place to do so, and we’re certain that it won’t affect the fabulous culture we have.”

Miss Fogarty and Mr Morriss believe that the biggest challenge facing them and the school is to respond to the growing awareness that traditional schools don’t always produce young adults with the skills and knowledge needed to thrive in modern workplaces. They have and will continue to balance the needs of student seeking excellence in academia, with the resilience and life skills that workplaces need from young people. Miss Fogarty finds the real tension in looking at current programs, is considering what is life giving to students for their future: “We have academic rigour, but we also have a more holistic approach. It’s not just about our students having good marks, but about them having purpose, resilience and love in their hearts.”

Dick, while a Boarder, announced that he wanted to be the Boarding Master one day. After a very successfully teaching and administration career in education spanning 15 years Dick moved permanently into Residential Care after completing a Graduate Certificate in Residential Care. His first appointment was Director of Boarding at Saint Augustine’s Marist College in Cairns where in eight years the program went from 126 to 215 boarders. His next position was at Xavier College in Melbourne, his alma mater. Currently at Assumption College, Kilmore and back with the Marists and now in his 14th year in this role working in both boys and co-ed boarding programs Dick can be described as a very experienced and passionate advocate for all that is related to boarding.

Kate Fogarty is steeped in the Marist tradition. Not only was she educated by the Marist Brothers in Sale, after her schooling she embarked on a teaching career and has taught in Marist schools across Australia.

While she still teaches, in recent years Miss Fogarty has moved into educational leadership. She is the first female principal of Assumption College, Kilmore, a Marist school, founded in 1893.

‘I have been formed in the Marist tradition, having been educated in and worked in Marist schools and other ministries in Victoria and the Northern Territory. I have been very fortunate to have worked at some wonderful schools, where I was mentored by fabulous Marists, brothers and lay,’ she said.

Miss Fogarty is well credentialed, having a Bachelor of Arts from the University of Melbourne, two master’s degrees (Theology and Education) from the Australian Catholic University, and a third Master’s in Instructional Leadership. She also has post-graduate diplomas of Religious Education and Education Law.

‘Social justice is a key part of the Marist tradition, as it is in Catholic education generally,’ Miss Fogarty said.

‘Like many teachers in Catholic schools, I have a keen interest in educating for social justice, which for me personally includes carrying on the spirit of St Marcellin Champagnat (who founded the Marist Brothers) and his commitment to educating young people, so that they might flourish and bring their best to the world.’

WHAT: A Catholic, year 7 to 12 co-educational, day and boarding school in Kilmore, Victoria 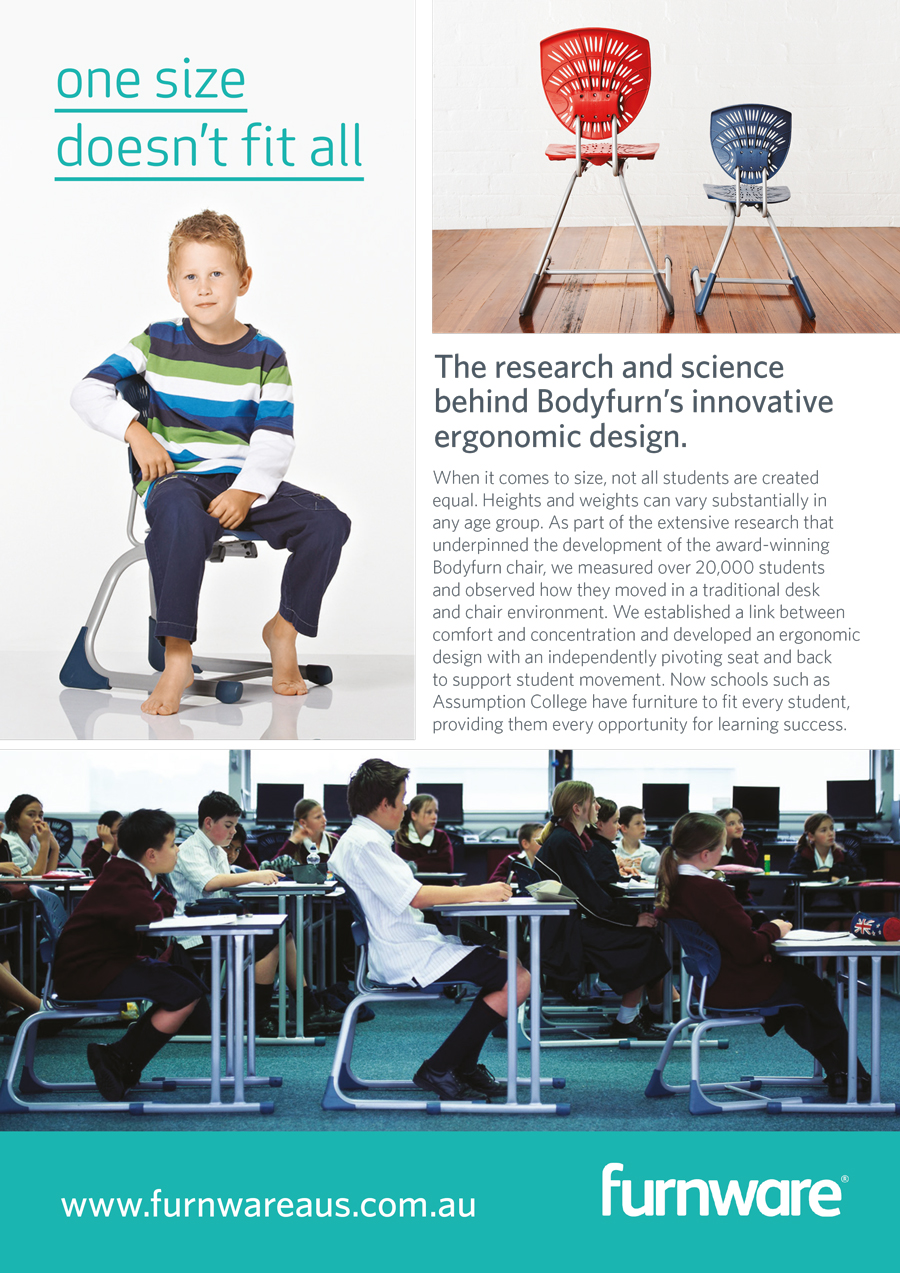 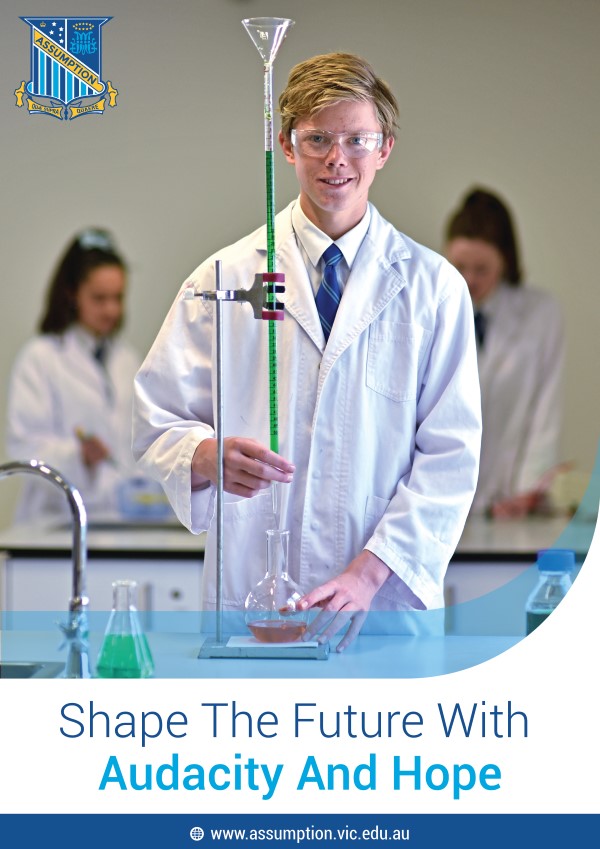