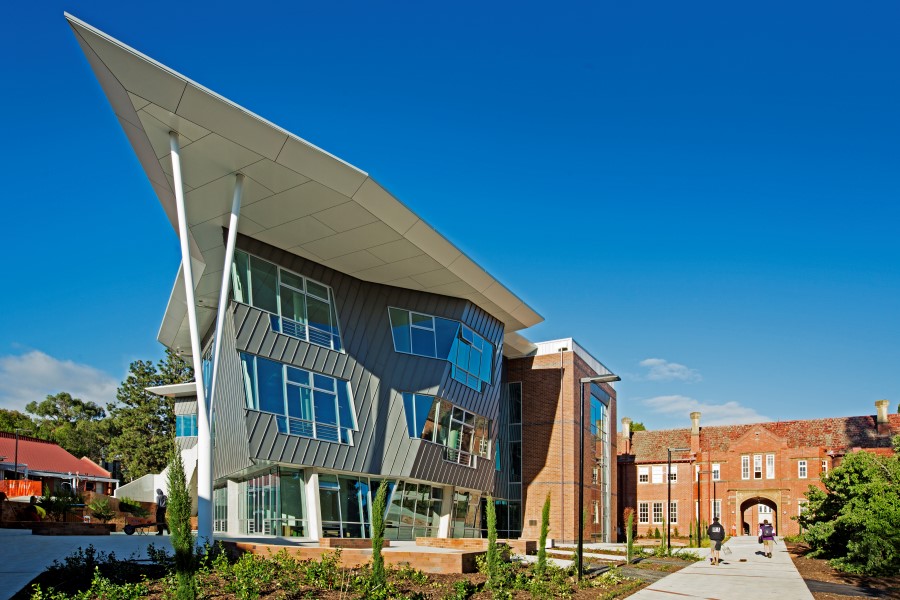 History and facts about school

Rooted in Australia’s capital city, Canberra Grammar School (CGS) was established in 1928 after existing as various different schools since way back in 1902. Boarding was available at the independent Anglican school since the 1930s, although while girls were accepted into the school in 1975s, boarding is currently only available for boys, but there are plans to extend this offering to girls.

CGS has always been a proud boarding school, acknowledging the responsibility and commitment it takes to nurture students who are entrusted to its care. With a vibrant community of students from Canberra, New South Wales an overseas, boarding is central to the CGS community. The school currently offers boarding care to around 90 students, and we spoke with Gareth Downey, Head of Boarding, about boarding at the school, where it’s heading, and his time there. 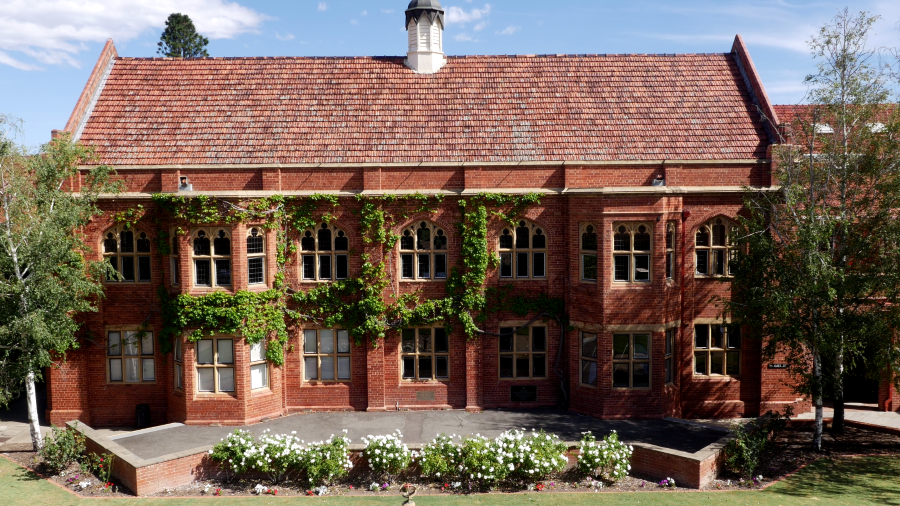 A life of variety

Even in the three years he’d been there, Downey has seen the variety of boarders change as folk from different part of the country, and indeed, different parts of the world make their way to CGS. This has contributed hugely to the diverse, nurturing environment the school has cultivated. It has boarders from Southeast Asia, the Middle East, rural and coastal Australia and many more. Some students only live within one to two hours’ drive from Canberra, but are just that little bit further out to commute every day, and so take advantage of the CGS boarding facilities.

“We’ve also noticed a growth in the last three years of student coming in from Sydney. At the end of last year we peaked, we had 10 students from Sydney,” Downey tells us. This is particularly interesting because these students are leaving a large city, with a large number of highly regarded and prestigious schools, in favour of CGS.

“I think a lot of that is about the fact that we’re not in Sydney, if that makes sense, trying to remove students from that sort of environment,” he adds.

Similarly, the school’s boarding has attracted students from the southern isles, students who have traditionally gone north to Sydney for school. The school is even home to military kids from within Canberra, but whose family may be posted far away.

“Many go on postings in three year cycles, and they want their children to stay in Canberra, and finish their education at a quality school.”

To take that diversity a step further, Downey did confirm that the school becoming fully coeducational was a big strategic plan for the school.

“Last year, the school extended the range of year groups that girls could join in the junior school, and this year [2017] we’ve had girls joining us in year seven and year 11, so we’ve begun the transition into coeducation. We don’t have the boarding facilities yet and we’re still in the planning stages, but we intend to have girls boarding as well.” 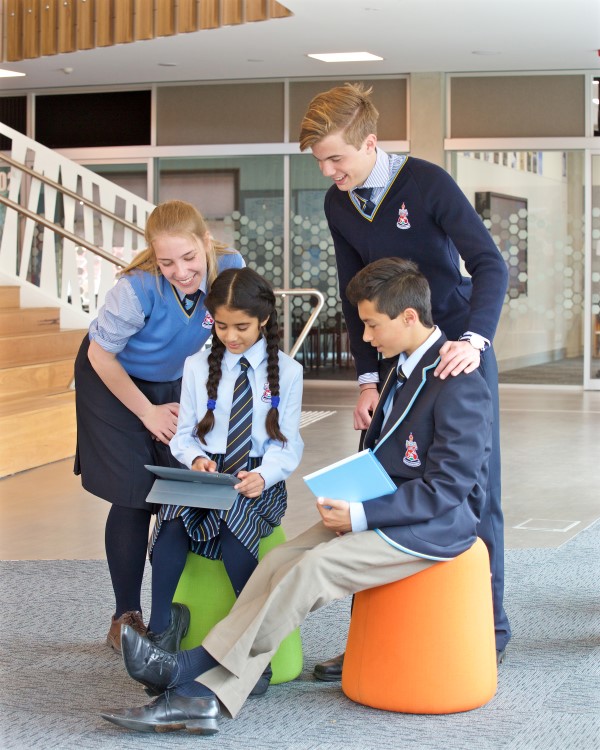 Boarding is currently at its full capacity, and Downey attributes interest in the School’s boarding facilities to a number of factors; “The school, a number of years ago did not have the same strength when it came to boarding numbers. In the last three to four years we’ve really increased that, now we have a waiting list for boarding which is a terrific position to be in.”

So where does this assortment of interest come from? The school’s inroads have come from not only its strategic marketing, but also the word of mouth that happens when students and their parents who feel they’ve been well looked after, start to spread the word. It’s word of mouth that Downey has seen to be the most powerful marketing force for Canberra Grammar School:

“When a parent is considering sending their child to boarding school, it’s a pretty major decision. The school they choose and the care and attention that’s given at the school. It’s a big deal to send your child away like that, and often, for many, thousands of kilometres away.”

For these families, to put their kids into someone else’s care, and then those people to make decisions the parents usually make, Downey has found that word of mouth from trusted family/friends/acquaintances, has definitely been the strongest marketing driver.

Patterns emerge where a boarder comes from an area new to Canberra Grammar. Downey explains that the school did a little bit of analysis on where its boarders come from.

“For example, if we had never had any boarding students enrolled from a particular town in rural New South Wales, and a student from that town enrolled, we saw a sudden spike in enrolments from that same town. From there, we get one student, then all of a sudden we get three, four or five. It’s all word of mouth, and parents sharing their positive stories with their friends and family.” For Downey, this kind of success comes not solely from word of mouth though. It’s the strategic stages it takes from converting this interest into actual pupils that want to attend. He works with marketing to produce promotions, goes through the usual meet and greets on open days, sporting expos and national and international boarding expos.

“I guess that meeting them and talking to them and showing them around is the best form of marketing,” says Downey, adding “It’s the highest conversion rate, whereas when you’re using above the line marketing strategies, like ads, it’s very difficult to know how successful it is.” 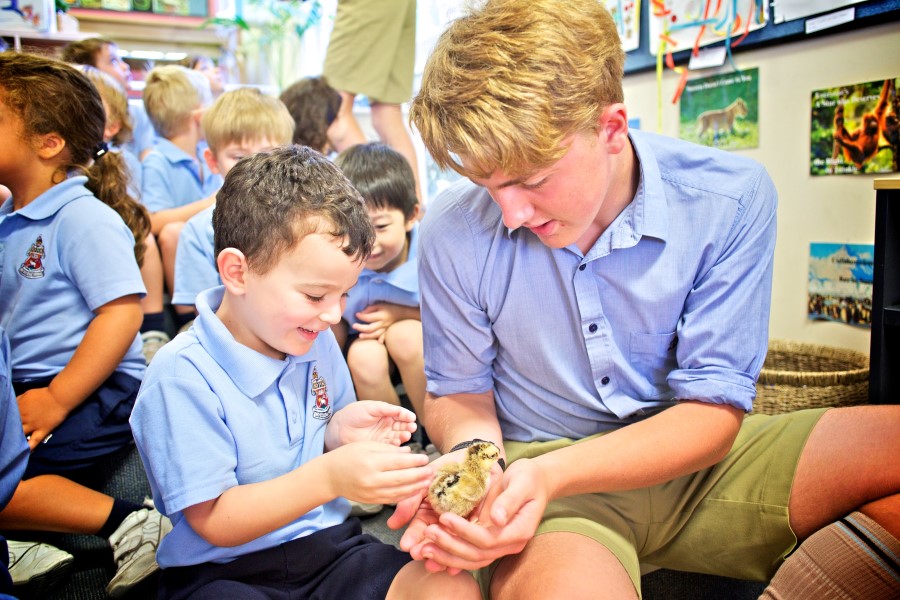 The school had a few success stories from Hong Kong, then all of a sudden it had students trickling in from there.

“You get this sort of an almost viral thing happening where you can see ground zero, this middle area where we’ve been successful, and then it spreads from there.”

Its success is in the numbers. Boarding is full, and it has waiting lists for year groups that haven’t even yet started at the school. Being in this kind of strong position opens the school up to financial and academic planning.

Another major focus for CGS Boarding, is developing cross-generational relationships between the students. Specifically, having older students leading, mentoring and guiding the younger ones. Not just in an academic sense, but in their conduct and their behaviour, connecting them through sports training, and other similar program schemes.

Downey explained: “We’re trying to get that feeling that the older students aren’t in charge because of some ancient kind of hierarchy, but that they’re there to lead by example.”

And for the staff it’s the same. The school tries to make sure that everything they do is from that position of caring for students, and not just for the sake of keeping them in check. Trying to make the boarding environment a positive one is one of the hardest things for all boarding institutions. This is a place where students spend more time with staff than at home.

“Thirty-seven to thirty-eight weeks a year, they’re a boarder, fourteen to fifteen they’re at home,” Downey tells us.

“It’s hard work, and it’s intense, but we’re doing our best to create an atmosphere of homeliness and comfort and an environment which feels open and caring not necessarily an institution.”

The school also encourages its students to encompass this open, caring culture into their own natures and behaviours, and in the things they do, and CGS’ variety of service programs help them achieve this. From dog walking and charity fundraising events, to community volunteering and helping the aged and those with learning support needs.

“There‘s a strong sense of giving something back that I really want to continue to grow. It’s all about being part of a caring community, and about caring what happening around us in the local community. We’re always looking for ways for our students to contribute.”

As a part of its caring, nurturing outlook, the school’s facilities look after the students’ wellbeing as much as their academia.

The school has two physical buildings that its 90 boarders live in, and all boarding staff are fully responsible for the wellbeing of these students. This encompasses all academic needs, pastoral needs, their health needs, making sure they’re well and comfortable.

Downey’s network of staff is tight-knit and varied. He has a team with some direct reports, some auxiliary staff, and contract staff that provide additional support. The catering arm is an external provider, the relationship for which Downey manages. There are also six resident tutors that live within the boarding community to provide after-hours care to students, there are clinic staff and three registered nurses who provide a great deal of care to the boarders (as well as the day students.)

“We make up 10% of school population, but take up more than half the clinic time,” Downey states “This is because we provide every level of care. From if they stay away from school sick, through to calling specialists for sporting injuries and things like that. So yeah, we’ve got quite a big team that surrounds these boys, and I manage to coordinated all of that and still manage to teach chemistry too.”

One of things Canberra Grammar offers that often other boarding schools don’t, is that the majority of its students have single room which is actually quite uncommon. Where these schools do have single room, it’s usually just for those in year 12. This does depends on the mix of year groups and the number of students, but most of Canberra Grammar’s year nine and upward boarding population have their own rooms, and the few that don’t, share with just one other person. Students avoid the stereotypical boarding style dormitories, and rest easy in their single or double rooms. There are separate study spaces, private areas to change, storage, Wi-Fi, common areas for group and private study, relaxation areas, three common rooms, the clinic and a traditional old dining hall with a very modern kitchen attached to it.

It’s not just these areas that make up day-to-day life for the boarders. Entertainment-wise, the school lets boarders make use of school swimming pools and the gymnasium and it has provided things like table tennis table and pool table. Simple touches, but representative of the enjoyable, homely living environment, atmosphere and culture the school is trying to create through its boarding.

“I strongly believe that as soon as you think you’ve got everything sorted, that’s the time you start to lose your edge. Here, we’re in a state of constantly trying to do things the best way we can for our students,” admits Downey. Through regular surveys, parents committees, staff development and open channels for feedback, the school is always comfortable uncomfortable with itself, and always happy to change and adapt to continue on its steady, successful path through boarding excellence.

WHAT: An independent, day and boarding school for boys and girls, located in Red Hill, a suburb of Canberra, the capital of Australia. 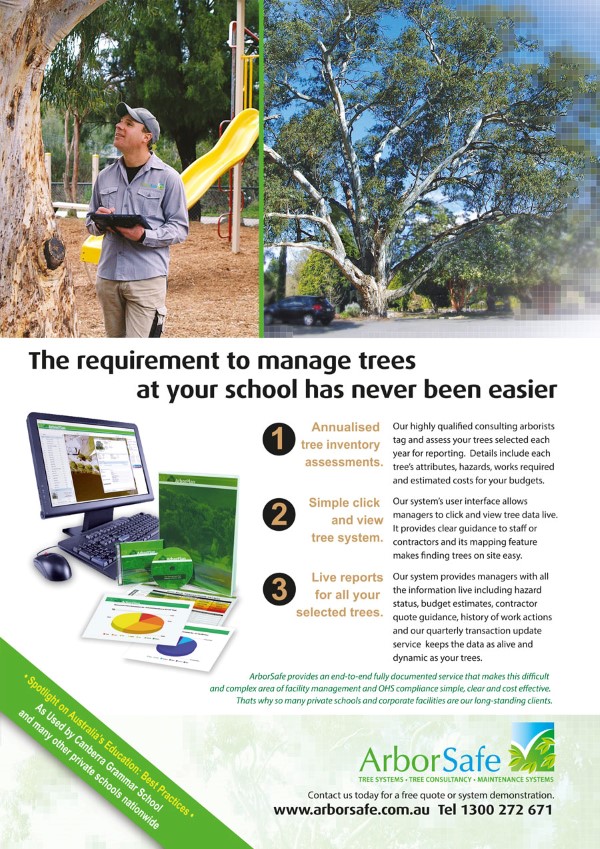 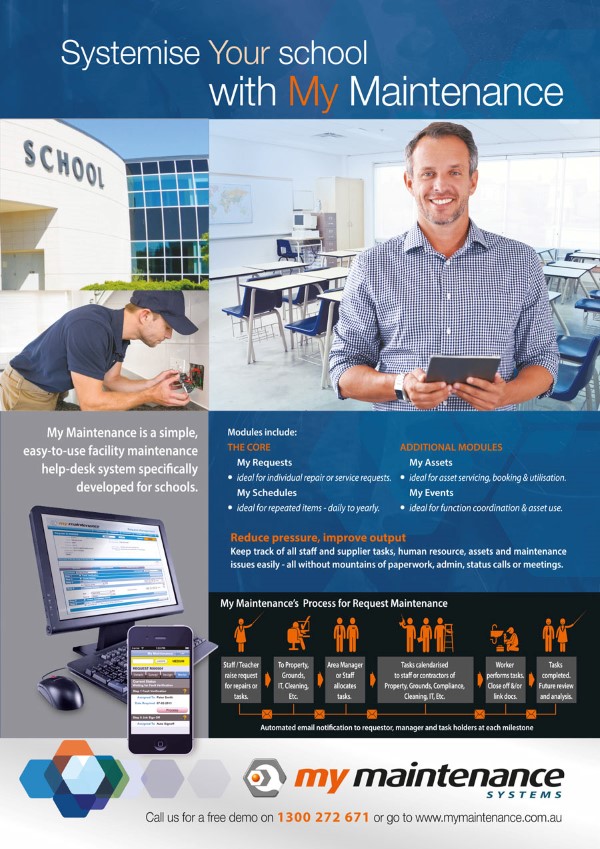 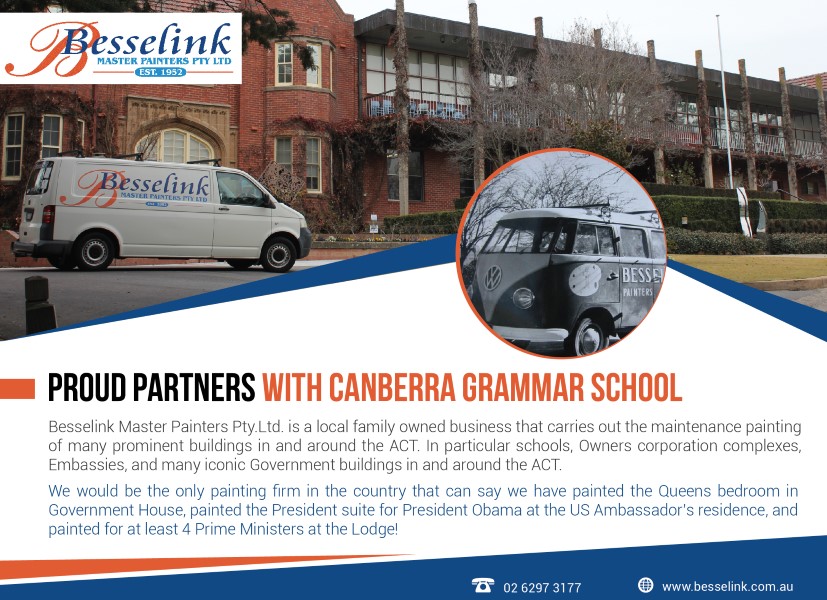 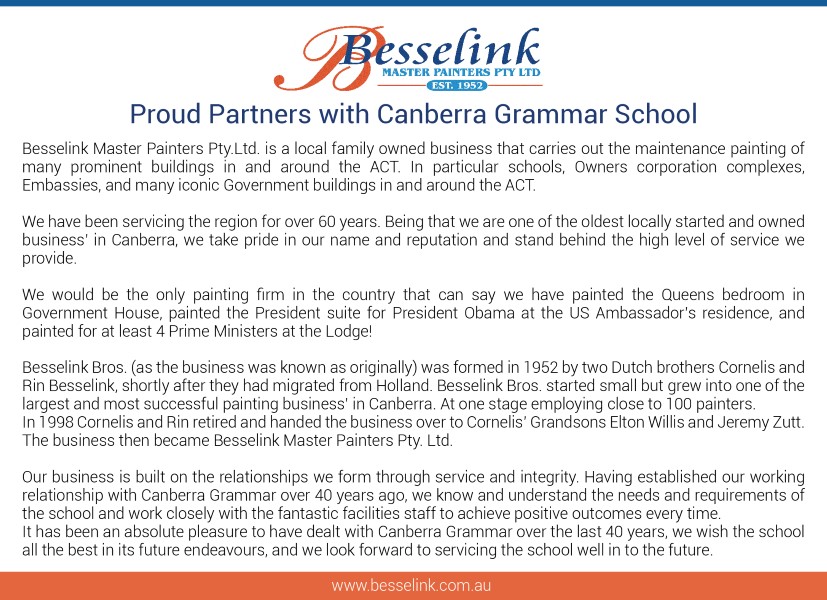 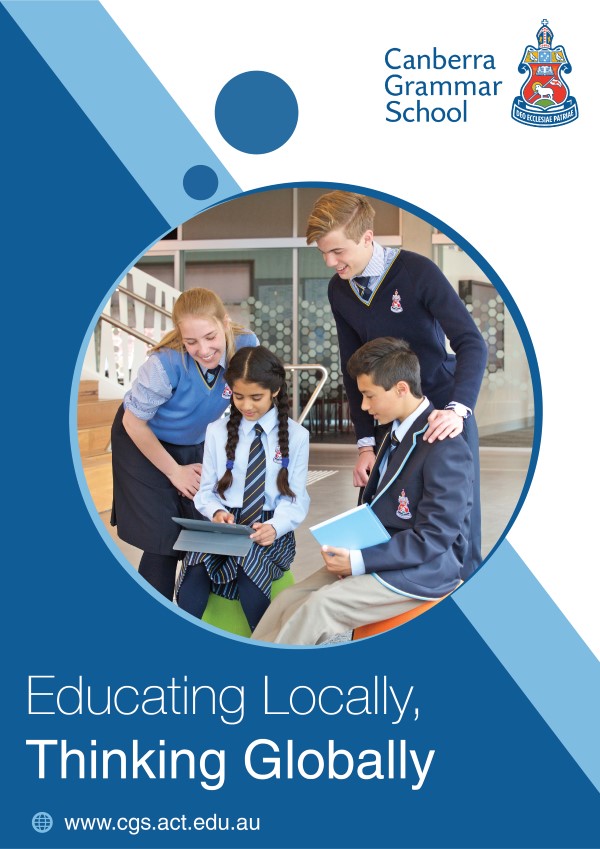