Clancy Corporation: Quality Workmanship you can rely Upon 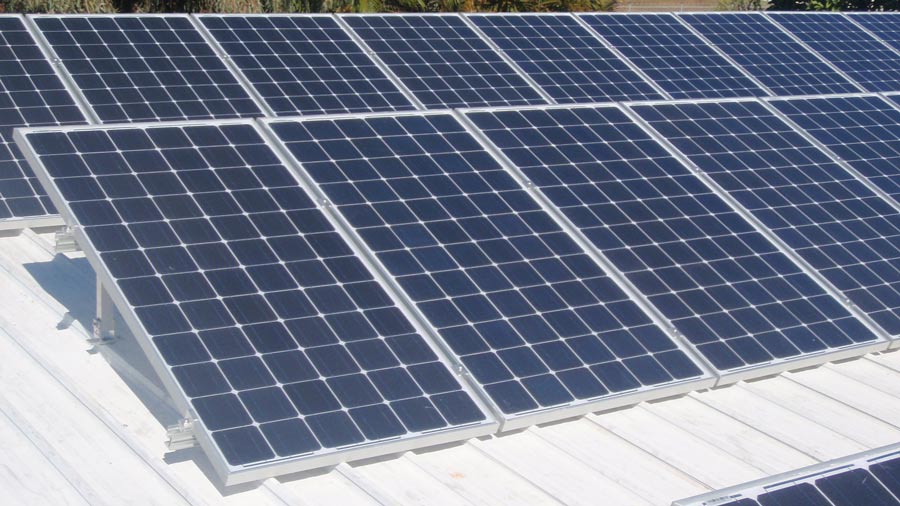 Located in Mount Isa Queensland, Dave Clancy Electrical started operations in 2006. It is the foremost electrical, air conditioning, refrigeration, and signage company in the area. In the years since its establishment they have changed their Company name to Clancy Corporation Pty Ltd and have earned a reputation for high quality work and for continuously meeting their commitments.

The company’s range of clients array from domestic, commercial, industrial and mining customers in Mount Isa and outlying areas, to large organisations which require highly skilled workmen to carry out electrical, air conditioning and refrigeration services. Ever since Dave and Lisa Clancy started an electrical business from their home in 2006, the company has been expanding rapidly.

When the company first started operations there were not many electricians in Mount Isa servicing small domestic jobs. This presented a great opportunity and the company saw great demand for its services from the domestic sector. As it completed projects its reputation grew. Initially the work it did was restricted to domestic and commercial electrical and communications.

The company then forayed into the mine sector and took up a number of sub-contracts. It also started supplying the mines with labour hire crews from its employees. This created further opportunities for Clancy Corporation to expand in the lucrative mining sector.

The labour hire crews that were required by the mines included personnel trained as radio technicians and electricians, and communications specialists. Even after Clancy Corporation became active in this high value sector it continued to provide services to the domestic and commercial sector. As a result, the company’s workforce expanded and it currently has 53 employees, giving it a pool of highly trained and experienced workers. 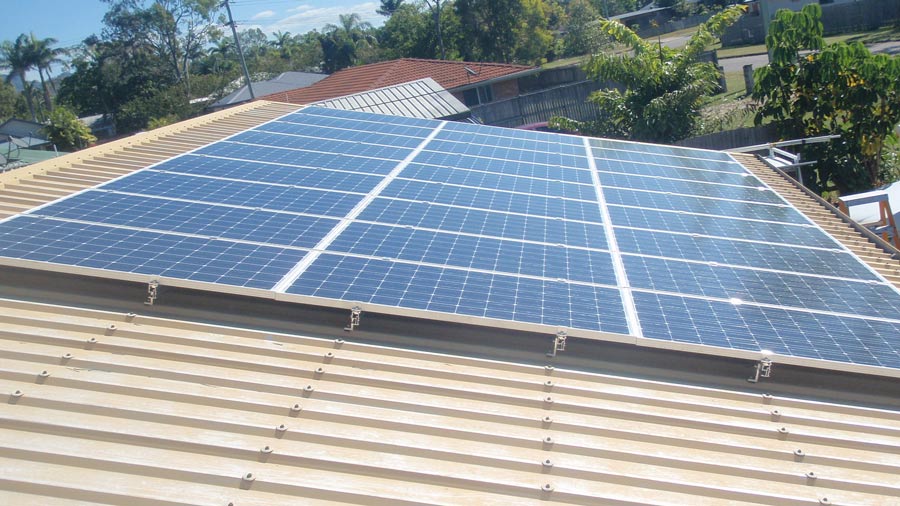 The electrical work that Clancy Corporation specialises in includes switchboard upgrades, safety switches, pre-purchase electrical inspections, hot water system repairs, oven repairs, TV points and antennas. The company’s employees are trained in each of these areas and bring to each job a wealth of experience which enables them to carry out the work flawlessly and to the absolute satisfaction of the customer.

Clancy Corporation’s expertise extends to the installation of Aria telephone systems, the laying of fibre optic cables, internet connections, uninterrupted power supply systems and Molex and TE certified, 25-year warranty data and network cabling. In fact, the company has gained experience in practically every aspect of electrical work and both domestic and commercial clients consider it the most reliable option for getting the job done.

The company’s range of services extends to the installation of security surveillance cameras. It also specialises in creating energy efficient solutions for the home or office including the supply and installation of Thermoshield liquid thermal insulation, which reduces inside temperature by up to 45% and leads to a reduction in cooling costs to the extent of 40%.

The company is also active in the signage business. One of their first diversifications was the Clancy Sign Centre, which rapidly gained a number of customers and is now an important part of the company. This division carries out assignments related to illuminated and regular signage and supplies car magnets and stickers, logos, business cards and shop frontage.

It is operated by Dave’s sister, Christine, who is a qualified graphic designer and the quality of work is widely recognised and appreciated in the Mount Isa and surrounding areas.

In September, 2009, Clancy Corporation became the first local contractor to start installing solar panels in homes and commercial establishments. The launch of Solar Grid Connect Systems heralded further expansion for the company. This part of the business has done extremely well as customers  have realised the immense benefits that the utilisation of solar power can do for the environment, in addition to marked reductions in their energy costs. 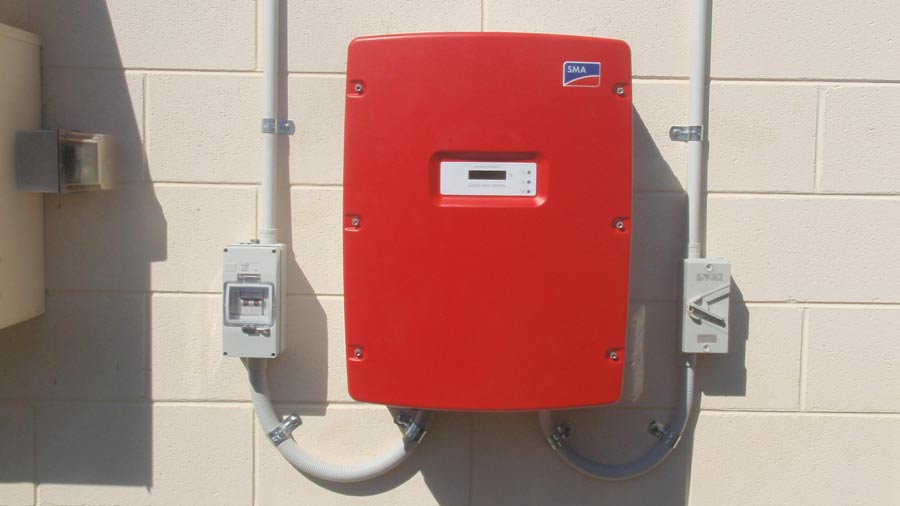 Clancy Corporation is tied up with the best names in the business in solar power. In its installations from small remote power supplies, caravans to large solar systems to solar lighting towers the company utilises tier one solar panels and quality inverter/chargers and regulators which have an excellent reputation in the market.

The company has earned the confidence and trust of customers in the local area in 2010 when they completed a large solar grid connected system at Parkside Flats. This project involved the installation of 672 panels which have a total capacity of 154 kW. The complete installation stretches over eight roofs and the system achieved a performance ratio of 94.2% soon after its installation.

In the next stage of its expansion drive, Clancy Corporation purchased the Locco Refrigeration and Air Conditioning Company. This acquisition resulted in the company’s operations in this area increasing tremendously. The number of employees involved in air conditioning and refrigeration work jumped from one or two to nine and the company started receiving a number of assignments related to its new division.

Locco Refrigeration and Air Conditioning is a specialist in the installation, supply and service of domestic, industrial and commercial evaporative and refrigerated air conditioning systems. It also has a high degree of expertise in industrial and commercial refrigeration units. The company has a large number of installations to its credit and is known for its competence in the entire range of products from cold rooms to industrial chiller units.

This division of the company is also involved in the sales, installation and service of ice machines and cold room hire. It has developed a customised preventive maintenance program for refrigeration and air conditioning equipment which is especially popular as it gives clients the confidence that Clancy Corporation will keep the equipment in good working condition and address any problems which may arise. The company is also the authorised Mitsubishi Electric dealer and supplies air conditioners and air conditioning equipment manufactured by this global giant.

Clancy Corporation has completed a number of prestigious projects in Mount Isa and its vicinity. Amongst its larger customers, St. Joseph’s Church, the Mornington Island Well-Being Centre, Coogee Chemicals Nash Plant, Dyno Nobel Anfo Plant, Sandvik Warehouse and the Boral Quarry upgrade have been notable for the quality of the work carried out. The company has also recently got the contract for the electrical upgrade for the Cloncurry Court House.

Recently the company completed one of its bigger projects which involved the electrical installation at the local power station. It was a difficult project as it entailed the supply of 10 to 14 staff for a period of over eight months. Although this job stretched the company’s resources, it has given it the confidence to take up large projects.

This project was one of larger jobs that the company had taken up and the project alone was for almost one million dollars and had commenced in the middle of another large scale project, the Mount Isa City Council sewerage treatment plant upgrade. One of the main reasons that Clancy Corporation was in a position to secure the assignment was that it had an adequate number of trained and experienced staff to allocate.

Clancy Corporation is active in the local community and sponsors a large number of events. It is the 2014 and 2015 naming rights sponsor for one of Mount Isa and Outback Queensland’s most iconic events, the Lake Moondarra Fishing Classic. In addition to this, Clancy Corporation supports a variety of community events and organisations. 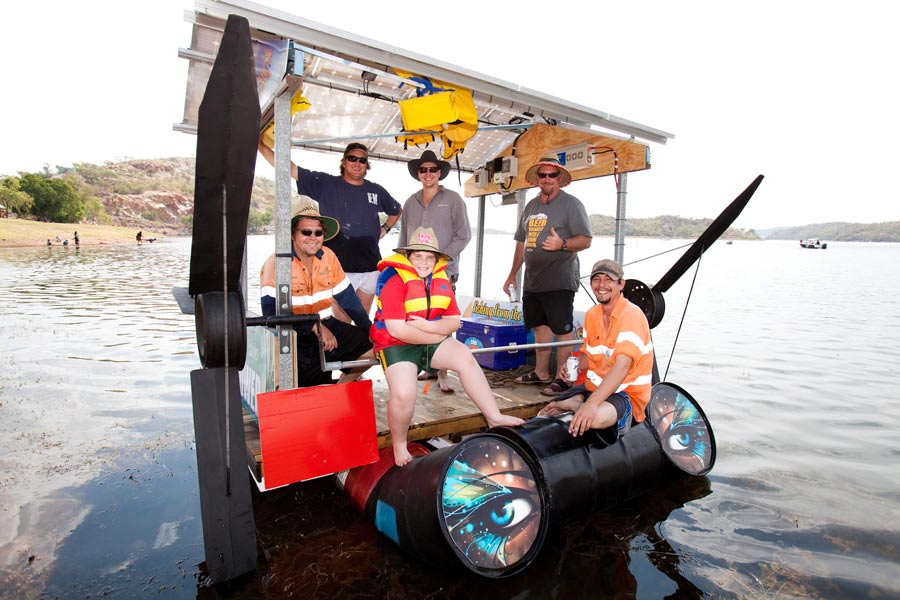 One of the most important factors for the success of Clancy Corporation is the stress it puts on customer satisfaction. The company maintains constant communication with its customers at all levels of the organisation. Each supervisor in Clancy Corporation is in daily touch with customers. In the case of major customers the level of interaction is greater, and communication may take place four or five times a day.

It is the company’s belief that while customer satisfaction is of paramount importance, the way to achieve it is to communicate with the clients and address all their needs.

To source new customers the company runs a series of radio and TV advertisments. Its activities in the local community also raise its profile amongst the population. The company has also started a practice of issuing flyers that provide education about electrical safety and best practices. All these efforts by Clancy Corporation have yielded very positive results and the company gets a large portion of its business from repeat customers.

The company also makes special efforts to train its employees and keep them abreast of the latest developments in the respective fields that they specialise in.

Clancy Corporation has received a number of awards in recognition of their excellent quality of work. They have been designated a Hall of Fame Inductee by the Northern Outback Business Awards. They have won the following awards: “Workplace of Choice”, “Sustainability in Business” and “Business Growth”.

The company has expanded rapidly in the last nine years and has established itself as the most reputed electrical and refrigeration and air conditioning company in Mount Isa. With its team of dedicated employees and clear vision of giving the greatest importance to customer service it is poised for even more growth.

Clancy Corporation is the largest privately owned Electrical, Refrigeration and Air-Conditioning business in the North West.

WHAT: Clancy Corporation provides a range of products and services for home, industrial, mining and commercial applications