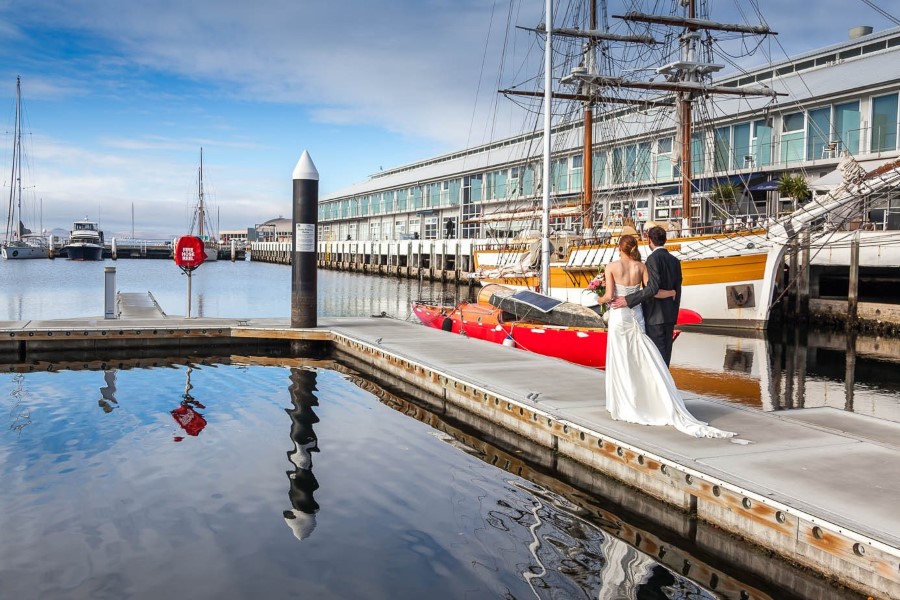 Visitors to the Elizabeth Street Pier, one of Hobart’s most beautiful waterfront locations, will find a thriving business community where they can enjoy food and drink at a unique location. There, one will also find one of the region’s most popular venues, the Hobart Function and Conference Center (HFCC) which has been hosting weddings, gala dinners, conferences, product launches, meeting sessions, and thousands of other events since its inception in 1999.

Redeveloped from a warehouse in 1999, the HFCC has grown considerably over the years along with the rest of the waterfront. After its industrial operations ceased, a private developer decided to invest in redeveloping the entire pier. Though the developer experienced some financial difficulties, the pier was ultimately divided into five different tendencies including a hotel accommodation right above the HFCC, a couple of restaurants, and a bar. After the previous owners put the HFCC on the market in 2011, Niall Mitchell and Ginny Webb decided to purchase the venue and put their experience in the industry to the ultimate test. 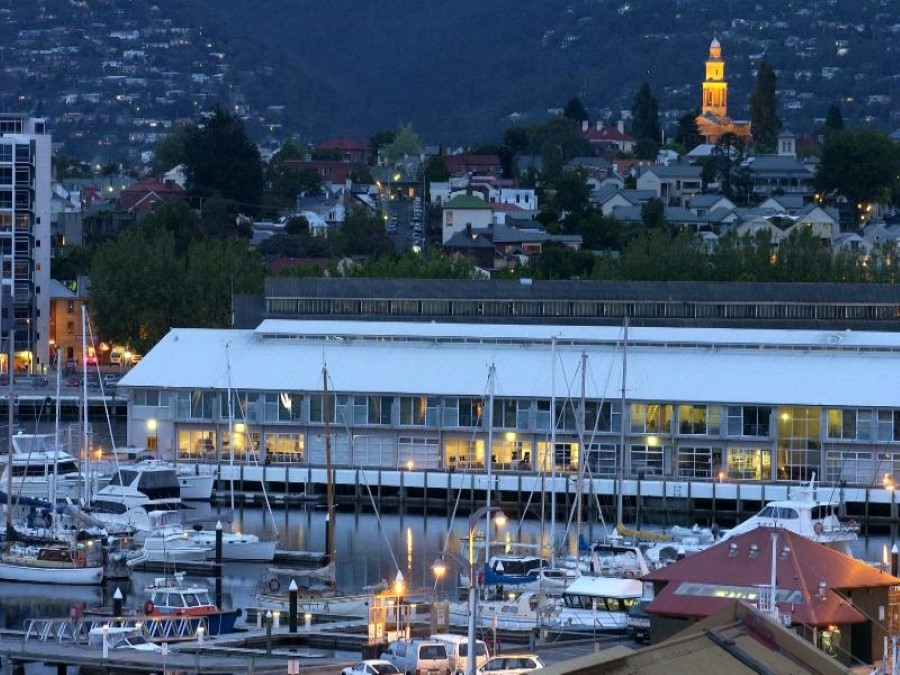 From weddings to full-blown conferences

Thankfully, the business partners succeeded in every regard. Niall talked to us about the venue’s history, their experience in hosting a huge variety of events, and their plans for the future. The HFCC has six different spaces which range from very small rooms suitable for board meetings to larger rooms with removable walls which can be adjusted according to their clients’ needs. The smallest room, called the Norfolk, can host up to 15 people in a cocktail-style adjustment. The Grand Ballroom, the venue’s largest room, can accommodate up to 600 people in the same adjustment.

Niall, Ginny, and the rest of HFCC’s staff has many years of experience in industries of hospitality, catering, and more. As a result, they can and have hosted numerous events for thousands of people with particularly positive feedback. The waterfront location lends itself to fantastic wedding receptions while business meetings also benefit from large rooms with plenty of natural light coming in from the floor-to-ceiling glass doors.

In addition to providing eloquent spaces for events and conferences, the HFCC also has a very large, fully equipped kitchen with its own team of chefs. The venue caters to social events with three course dinners, canape receptions, and whatever else that a client might request. Moreover, the centre hosts its very own events which have proven to be extremely popular. The New Year’s event, for instance, is sold out of its 300 spaces earlier and earlier each year. The venue provides live entertainment with a popular local band, a seven-course dinner, and a variety of drinks. 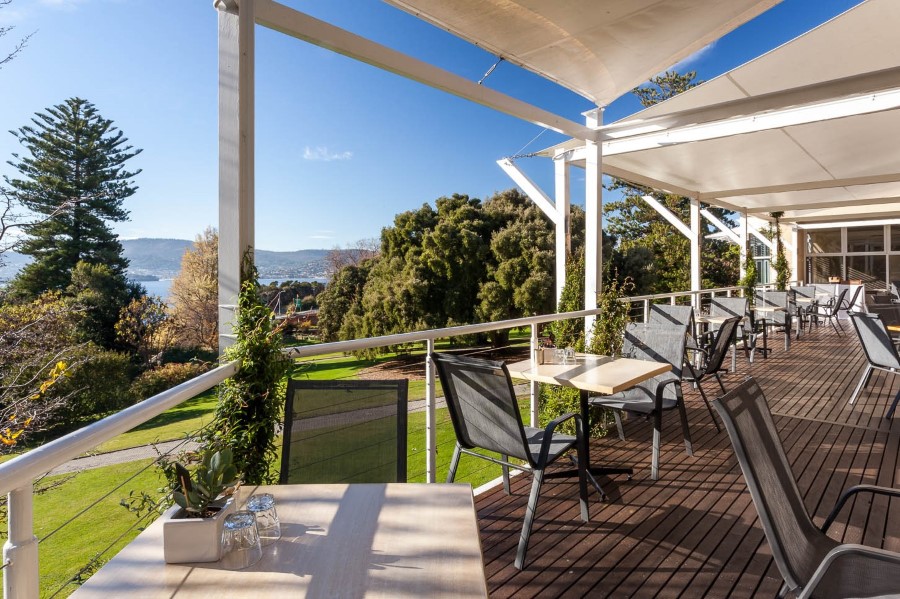 Servicing excellent food is of the utmost importance to the FCC which is why Niall and Ginny have also launched a dedicated catering company called PRISTINE Catering and Events which they employ primarily for off-site events. Through that company they have catered to thousands of people at once. A prime example of that is the venue at Princes Wharf No 1. The Tasmanian State Government, which manages the venue, has chosen the HFCC and PRISTINE Catering as the preferred supplier of PW1 for dinners which can host up to 1500 guests. Finally, the business partners also opened a restaurant in the Royal Tasmanian Botanical Gardens by the name of Succulent.

The competitiveness of the local market also keeps the HFCC on their toes. However, even though there are more than 100 venues in Hobart which can accommodate small meetings, there are only a handful in the local vicinity that can host large dinners like the HFCC can.

Niall also explained to us the intricate details of the industry in the area:

“We have two large and distinct markets. One is the interstate market with large conferences coming from all over Australia into Tasmania. It’s always difficult because people will come to Tasmania one year and then go somewhere else, like Melbourne, for the year after. You cannot count on return trade because it could be five or six years before they host another event in Tasmania. We work closely with Business Events Tasmania, which is a local government organisation that markets the state as a whole. They find out which associations and companies are planning national conferences and they go and target them. When they do invite the decision makers to Tasmania, they arrange a visit so that we can show clients our venue. The local market for smaller meetings is something that we want to grow”

An important distinction that separates the HFCC from the rest of the market is that they are a family business. Niall’s wife Fiona is in accounting, Ginny’s husband Johann is the main Executive Chef at Succulent, and both Niall and Ginny are actively involved in the day-to-day running of the centre. What that means in business terms is that they can freely operate without the strict restrictions and policies set out by larger organisations which in turn means that they can instantly respond to any needs and wants that a client might have. Thus, their point of difference is in their flexibility.

Over the course of the next few years, Niall wants to maintain and grow their off-site operations by building the reputation of PRISTINE Catering. Furthermore, he wishes to continue the success of Succulent which was launched to rave reviews. And as for the HFCC, he wants to build upon their current success and grow further along the small meetings market in the local area. Despite the challenges that they might face in the future, the team at HFCC has certainly shown that they can be successful.

WHO: Hobart Function and Conference Center

WHAT: A premium events and conference venue hosting a variety of social and business events 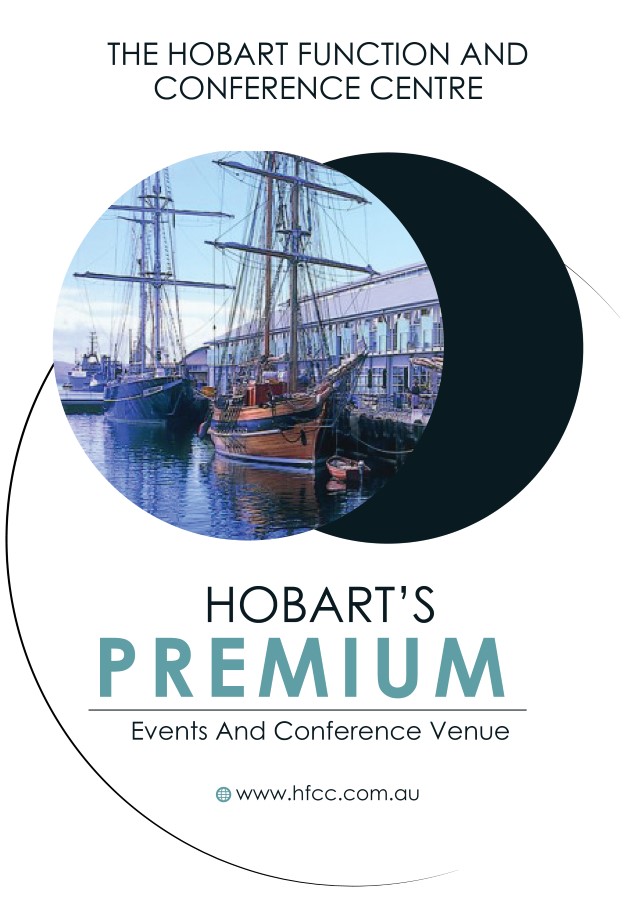