Life Sciences Queensland – For the good of mankind

For the good of mankind

With the mutation of COVID-19 into a global crisis, the whole of the life sciences industry was catapulted into the mainstream and into the spotlight. Departing from the traditional competitive ethos to accelerate biomedical R&D and drive the fastest novel vaccine in history, life sciences companies responded to the pandemic with strong commitment and political will to act as one interest group for the good of mankind.

Not only is life sciences now in the process of revolutionising medicine for some of the commonest and costliest conditions, but it’s also defining its emergent and collective identity as an industry with the potential to guide the health innovation, sustainability, and climate resilience agendas forward.

Representing over 160 member entities from their headquarters in Toowong, Life Sciences Queensland (LSQ) is making waves in the sector by working with stakeholders to create a dynamic and internationally viable life sciences industry in the state. An Australian peak body providing innovation advocate, growth, research, development, and other programs with the aim of identifying new business opportunities and revving up business growth, LSQ is self-fulfilling its own narrative by virtue of being that powerful amplifier of the Queensland life sciences ecosystem.

“The mission is to feed, fuel, and heal the citizens of the world,” states LSQ Chair Dr. Christine Williams. “It’s that triumvirate of feeding to save cultures, fueling using renewable, clean energy, and healing through biomedical innovation.”

Previously, LSQ was known as Queensland Clinical Trials Network, an umbrella organisation primarily focused on human health and the drug development pipeline. “In 2011, we reached out to the then Premier, Anna Bligh, as we saw the need to support the emerging sectors such as agricultural technology and industrial biotechnology, especially in the regions,” remarks CEO Clare Blain. “The government at the time, along with our foundation’s supporters, was our main funding mechanism, and that support has continued over the past 10 or so years.” 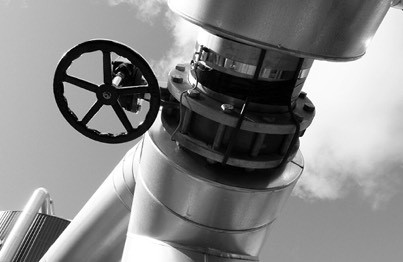 Blain reports that the need is still there and confirms LSQ’s vision for life sciences hasn’t changed that much since they rebranded. “The main difference is that in the last few years, we’ve really put a focus on building up the regional Queensland side of things,” she says. “We interface with a number of regional councils in that regard. With Christine on board as the latest Chair, we’re actually going to revisit our strategy and work out the best way LSQ can truly support the sector and start delivering some real outcomes.”

Because outcomes also have to hold out against the challenges of our ever-changing world, included in the scope of LSQ’s work are sustainability and adaptability issues that are key to those long-term successes. “It’s about making sure that the government does see the importance of the sector and continues to support all of the previous investments over the past 20 odd years,” Blain continues. “Because many of those investments are just now starting to pay real dividends with the likes of Ellume, Vaxxas, WearOptimo, and even in the case of James Dale, with his bio-fortified bananas and the Del Monte deal he did last year.”

Dale, a distinguished professor, and his team of researchers at Queensland University of Technology (QUT) successfully developed a line of Cavendish bananas resistant to Panama disease tropical race 4 (TR4). The breakthrough recently led to a multi-million partnership with the U.S.-based international fresh fruit and vegetable dealer.

“LSQ needs traction to help the sector get over its ‘baby steps’ phase,” Williams declares. “In the early days, a lot of our attention was placed on the research end, but what we see now as very important is building the industry to a more viable level. To get a real sustainable number of people here working in it so that people can come to Queensland and know that if they don’t like the job they’ve come to, there’s another one here they can move to.” She gives the example of Microba, a home-grown Brisbane-based biotech startup, which is growing “quite substantially” and adding jobs as a result.

“Unfortunately, to grow at this stage usually requires taking a skilled person from another company,” Williams admits. “One of the questions we ask ourselves at LSQ is how do we build these skill sets so that we’ve actually got more people able to take the jobs of the growing companies in Queensland?”

Currently, Queensland is home to more than 250 life sciences organisations, 85 core biotech companies, and over 100 bio-tech related research organisations. Still, LSQ would love to see the state become that life sciences hub for all of Asia Pacific.

“We’re just so passionate about the industry and we want to make sure that the organisations that are here can remain here and don’t either go down south or, more importantly, offshore, because we’ll lose those skills and that ecosystem that’s necessary to create more jobs, more companies, and really build the sector here,” asserts Blain. “A lot of the big industry is down south but I really feel like the innovation is coming out of Queensland. And in order to become that hub, we really need to showcase what’s happening here.”

Another puzzle left to solve is how to ensure skills in the regions are able to be supported. “We already have a future food hub that’s forming up in Mackay,” Blain remarks. “We need to be able to support them in growing that community, to build up regional jobs and give people those opportunities to stay local.” To that end, LSQ arms itself with hard data about the work their corporate members are doing. They’re also diligent about broadcasting those successes via their podcast and website, both of which are designed to set the scene of capabilities in Queensland.

“Once you do gain traction, the other piece is to loudly share those accomplishments,” Blain says. “We’ve got a podcast series that’s going on three seasons’ worth of episodes highlighting various members. We also have case studies on our website that showcase just the general innovation that’s coming out of Queensland.”

“Storytelling of the successes that we have is really important to inspire people and encourage them to keep trying,” echoes Williams. “That’s part of the rationale behind our focus on the case studies and the podcast – to show how many people are out there. I’ve personally shared them with some friends who have absolutely been blown away and had no idea that was happening in Queensland. More people need to know about it. So, it’s about how we can sell it, send our message out more broadly, to inspire people, especially young people, who are generally already motivated to want to change the world.”

In the wake of COP26, where global governments met to negotiate critical measures to prevent runaway climate change and biodiversity loss, LSQ has also added its voice to those calling for ambitious targets to save the planet we call home. 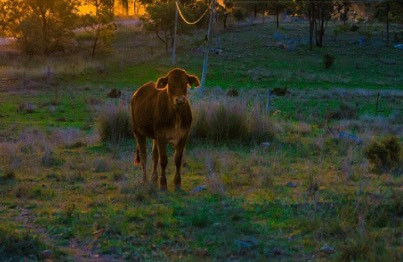 “We’ve had a pandemic and in less than two years, we’ve seen a vaccine being created that no one believed could be created, through collaboration across the world,” Williams says. “How can we have a similar approach to decarbonising the world? The COP26 targets have set some pilot programs out there and in Queensland particularly with the Brisbane Olympic Games going to be carbon positive, there’s a particular challenge to decarbonise even faster. So it’s what can we do in a sector? In the agricultural sector – what can we do to make sure that practices are being used that are more carbon-friendly? In the energy sector – are there technologies that we could be working on to come up with lower carbon fuels? The biomedical side has been enormously successful, but we need to bring this energy now to the other two sectors to see how we can help them and that decarbonisation agenda.”

The future is certainly very different from what it was a couple of years ago, but Williams insists she’s a great believer of “having a look at yourself” after a few years of operation to see how LSQ is measuring up to its objectives. “We need to really take inventory and work out how we can be a better association for our members, more relevant, and more focused,” she shares. “We’re going through a strategy process at the moment, coming up with how we’re going to change ourselves. Part of that is looking at the constitution and our membership structures. The other part is really trying to understand what we ought to look like to be best suited to go forward. Do we still say a size of three? Or do we try and be ambitious and grow and be able to properly tackle those COP26 issues?”

“We’re entering into our teenage years as an organisation and it’s time for us to grow up and start delivering some real positive things for the industry here in Queensland,” Blain says, summing up the emotion. “Our future, forward thinking isn’t just the next one or two years – it’s actually the next 10 years and beyond. So, I’m really excited to start with these strategic sessions and work out where this industry is going to be headed.”

What: An Australia peak body supporting and promoting the Queensland life sciences ecosystem

Where: Headquarters in Toowong