The Shire of Loddon – An agricultural community 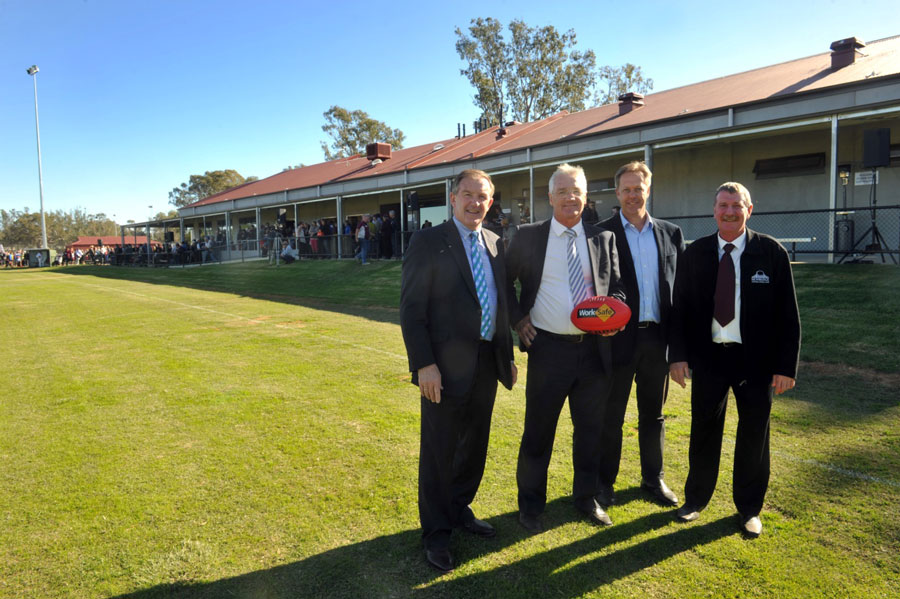 The Shire of Loddon is a 6,700 square km area of Central Victoria which hosts a population of 7,365 individuals. Straddling the Central Victorian Goldfields, the southern half of the Shire largely sits within the area known as the Golden Triangle, a geographically diverse region rich in granite outcrops, pockets of premium agricultural land, and boasting a number of prime natural assets such as the Loddon River, Melville Caves, and various State Parks, benefitting local residents in both lifestyle and tourism opportunities. In the northern part of the Shire one can find plains of dry land farming, wetlands, rivers, lakes, woodlands, irrigated farming areas, granite outcrops, and well-preserved heritage and cultural features. 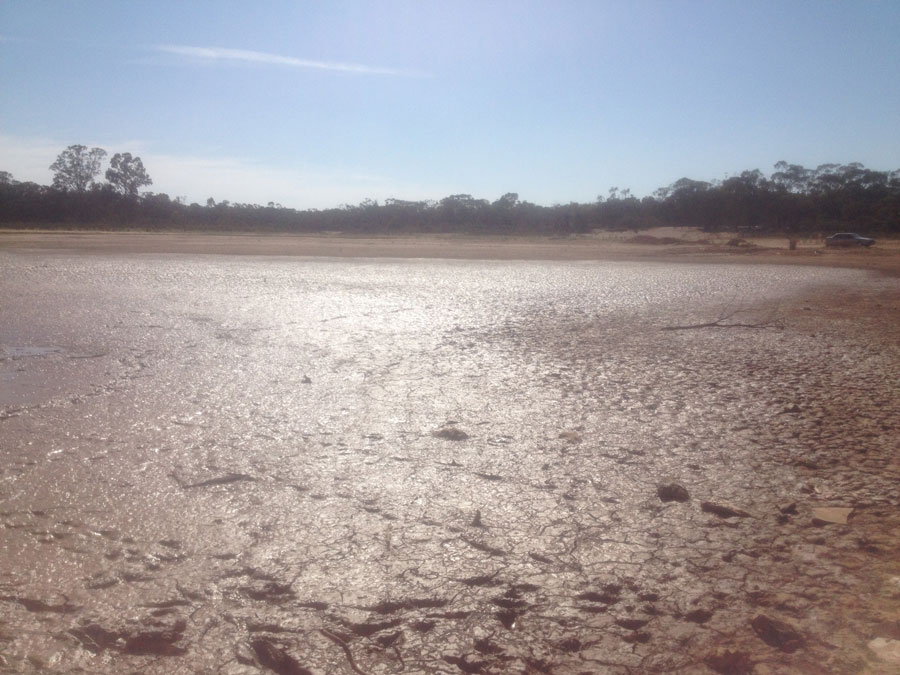 Agriculture is of great importance to the municipality as it constitutes one of the area’s most important economic drivers. The north-eastern part of the Loddon Shire can support intensive agriculture endeavours such as dairy , animal husbandry and horticulture due to the valuable water supply infrastructure which is connected to the Murray Darling irrigation system. This, combined with ongoing efforts from the Council, has allowed the region to flourish and grow with the agricultural industry continuing to expand.

A reliable water supply through the South West Loddon Pipeline

To that end, one of the Council’s most important projects right now is the South West Loddon Pipeline. Once completed, the pipeline will be able to provide a reliable supply of stock and domestic water to 261 farms and 372 rural properties over a huge area of 1,670 square km. This will not only support existing on farm enterprises or lifestyle properties but pave the way for the future. It is projected that jobs in farming and livestock production will be secured and the lifestyle of the community will be instantly improved. This is made even more important by the fact that the community is highly disadvantaged as they do not always have access to the same amenities as others.

The project is expected to cost about $80 million, which includes $40 million from the Victorian state government and a $20 million contribution from Grampians Wimmera Mallee Water and landholders. The Commonwealth Government will also be asked to contribute.

Wimmera Malle Water will be constructing and operating the scheme as an extension to the existing pipeline while the ongoing operational and maintenance costs will be covered by the regulated water charges for the pipeline. Even considering the high cost of the project, the Loddon Shire Council suggests that it will generate aggregate benefits for the region valued at $114 million with a positive benefit to cost ratio of 1.4 and a net present value of $33.4 million.

In a similar vein, the Council is strongly advocating the for the provision of reticulated sewerage and town water supply for Newbridge. Back in 2006, the Victorian state government identified the town as requiring improved wastewater management in order to protect both the health of the residents and the surrounding environment. There are several limitations which to date have prevented these networks from being realised, however that all may change soon through potential provision of a potable reticulated water supply as a component of the South West Loddon Pipeline project.

Ensuring the sustainability of the area

The above projects are just two of many similar investments or initiatives being undertaken by the Council in order to ensure the sustainability of the area. According to Ian McLauchlan, the Director of Operations, the Council has been focused on long-term sustainability for a long time. As such, there has been major investment in the renewal or upgrade of public infrastructure across various areas of Council responsibility including recreation, roads & bridges, urban drainage, public halls, community facilities, economic development and tourism.

A key theme of council’s strategic direction is the creation of functional and vibrant public facilities and open space which encourages social interactions within the community. The Council recognizes the need to create and promote community hubs as well as the fact that sports play a major role in the social fabric of the local community and the broader region, thus Council has strived to meet needs of its residents through sustained investment in key public facilities and assets. 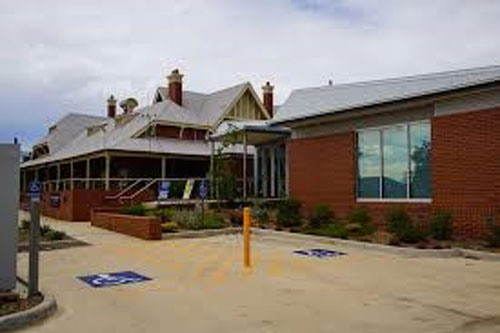 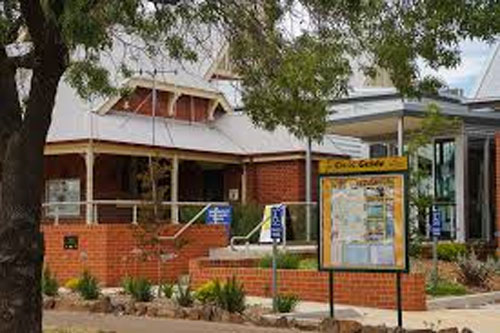 Recreation for the entire community

The Donaldson Park Pavilion Upgrade, for instance, aims to please multiple user groups who will be taking advantage of the sporting facilities. The facilities are currently being used for football, netball, harness racing, and hockey, as well as a number of related sporting activities or public events. The upgrade will add dedicated change room facilities, DDA compliant public toilets, a first aid and trainers’ room, a function room area catering for up to 150 people, a meeting and stewards’ room, an office and administration area, a commercial kitchen, kiosk, bar, servery area, and improved storage capacity overall. Though there’s no funding strategy in place yet, the project is expected to cost around $1.5 million.

On a similar note, the Pyramid Hill Community Centre aims to convert the underutilised Pyramid Hill Senior Citizens Centre into a community hub which will encourage more social activities within the area. Right now, the project is in its infancy but the Council suggests that there is strong community support for its development. For example, the growing Filipino community of Pyramid Hill is seeking meeting spaces as well as local community health and agency support services, with a new community hub going a long way to facilitating these.

Another endeavour that seeks to revitalise social interactions and business viability within the Shire is directed at the town centres of Bridgewater, Boort, Inglewood, Pyramid Hill, and Wedderburn. The Major Towns Streetscape Improvement project is looking to breathe new life in those five towns and hopefully encourage private investment from business owners too. One of the project’s key features is grabbing the attention of anyone passing by so that they will stop and spend some of their time and money in the surrounding shops, thus adding to the local economy, improving job retention, and inspiring the creation of new businesses.

Improving tourism is also an important aspect for the Council and there’s a variety of projects to support it, including the Bridgewater Foreshore Project. t. Council is seeking to leverage the highly trafficked Calder Highway,  with the serenity of the intersecting Loddon River at Bridgewater, to entice travellers and visitors alike, to stop and admire the natural wonders that this town has to offer or enjoy the picturesque and well provisioned services offered by the recently redeveloped foreshore caravan park.

The $700,000 project aims to further enhance the economic value of the area via beautification and the provision of several amenities including better seating, public Wi-Fi, formalised campfires, improved street furniture, footpaths and shade structures.  Such improvements are expected to pave the way for all kinds of social activities, support local businesses and promote Bridgewater as a great place to stop, rest or stay. This will not only have an impact on the local population but also on the tourism sector as one of the project’s aims is to attract more tourists to the Loddon River. 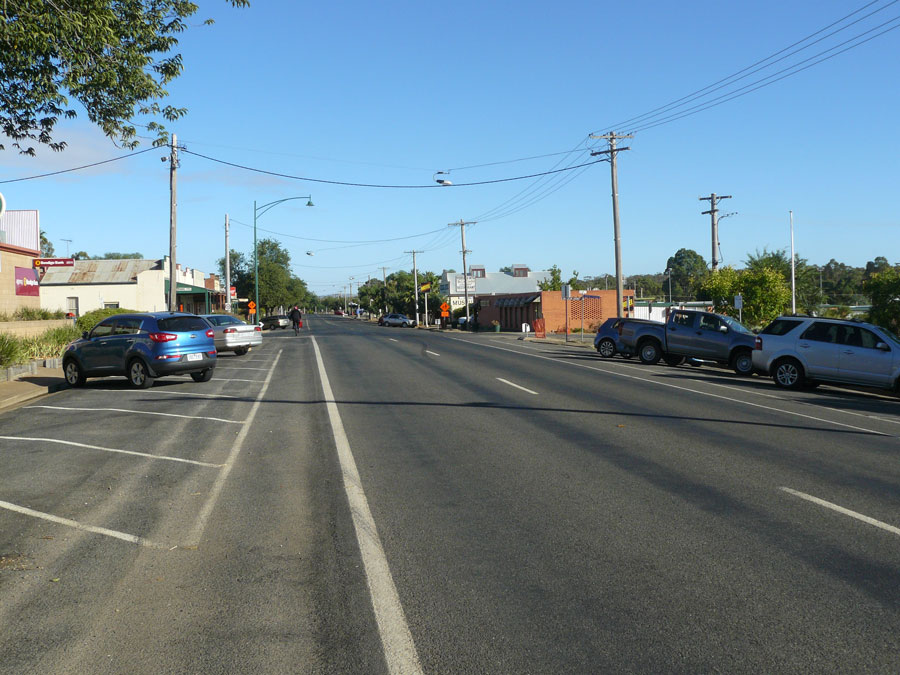 Finally, the last major project, or more correctly program of interest to the Council involves the strategic use of the Federal Government’s Road to Recovery (R2R) funding. Currently, the Council invests approximately $8 million of its budget per annum to the maintenance and operation of the local road network. Recent changes to fuel excise arrangements has seen the R2R program offer an additional $5 million in funding over two years, bringing council’s investment in local roads up to $11 million per annum, 35 percent of the Council’s entire budget. There are many plans for the best use of this funding such as the ongoing renewal and upgrade of many high-traffic roads to ensure the safety of the drivers, efficiency of the freight network and support for local business and industry.

According to Ian, the Council wishes to facilitate the growth of the region by supporting local businesses, investing in infrastructure, and developing the area as much as possible.

“Certainly from a regional development perspective we recognize the importance of providing quality infrastructure and services which support growth within specific businesses sectors such as intensive animal husbandry. We have a lot of land which is good value so we can facilitate that kind of business. We are open to these types of industries and we are trying to facilitate the development and growth of such businesses in the Shire. And from another infrastructure perspective, our focus has always been on the sustainable maintenance and upgrade of our road network too”, says Ian.

Creating and maintaining community assets is a great way of solidifying the future of the region as well as facilitating social interactions between all members of the community. By investing in all the major economic industries as well as the recreation facilities of the region, the Council is able to take care of the local population across every setting.

WHO: The Council of Loddon Shire

WHAT: The Council presiding over the 6,700 square km area of Loddon Shire in Central Victoria. 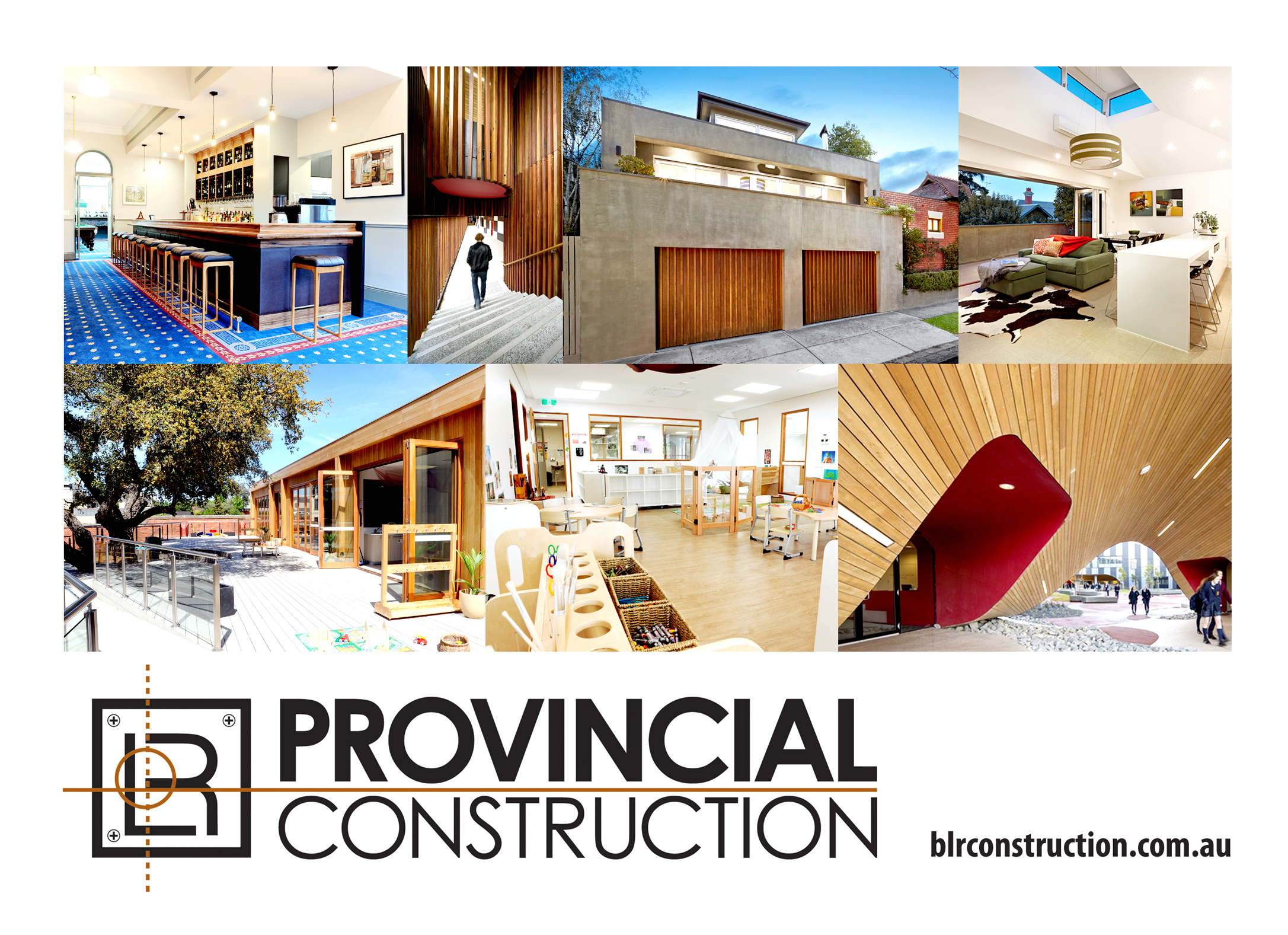 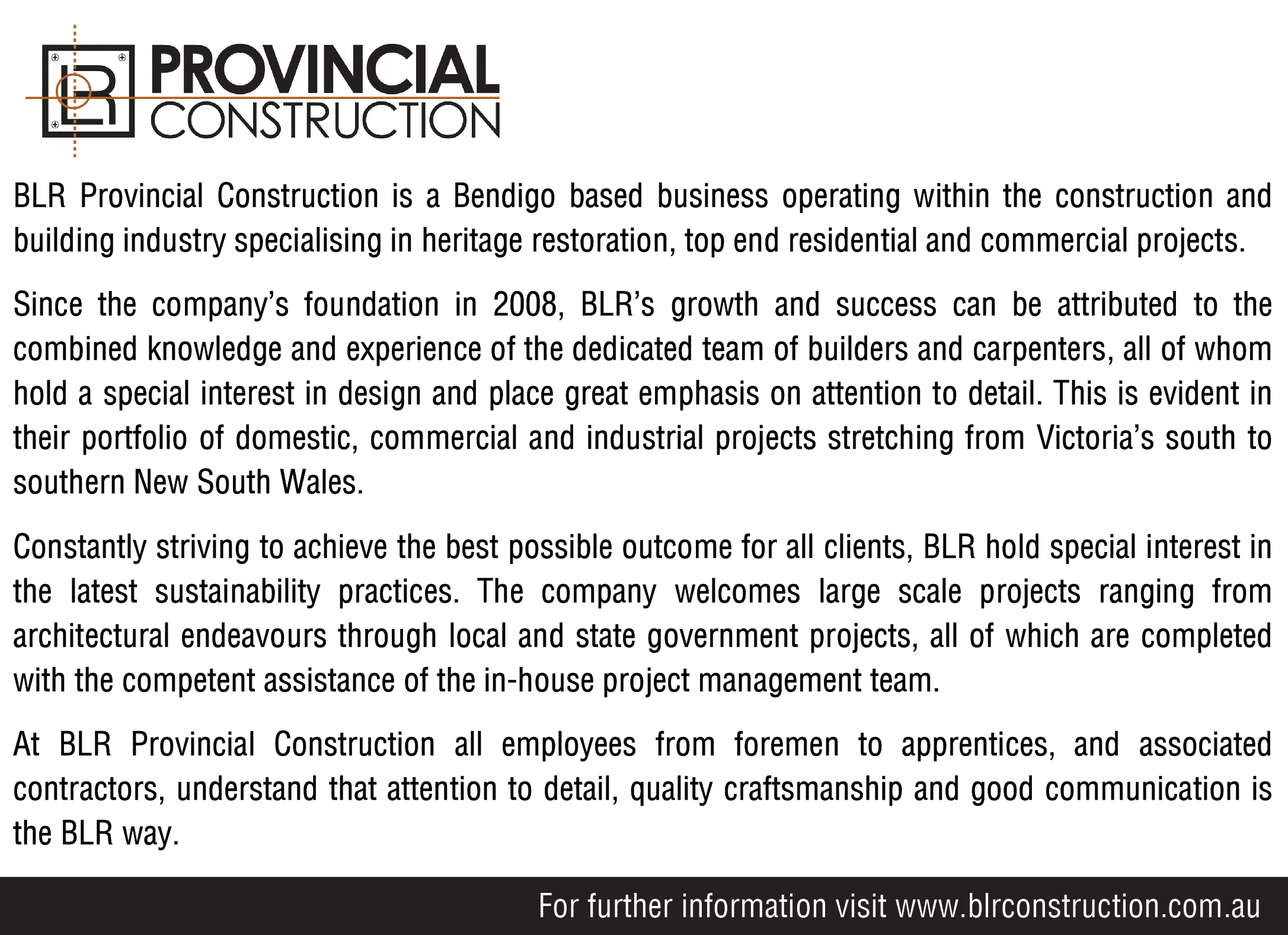 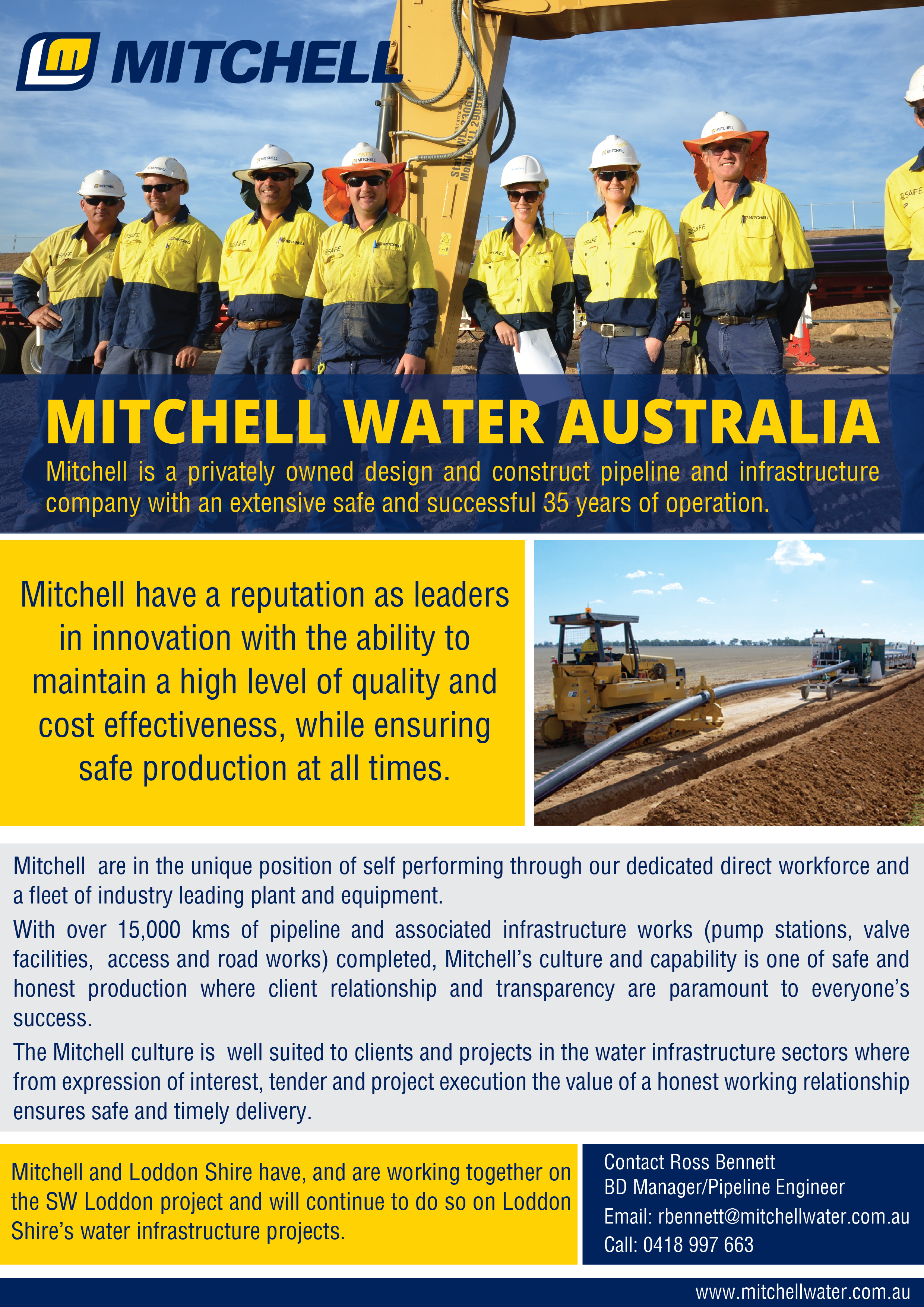 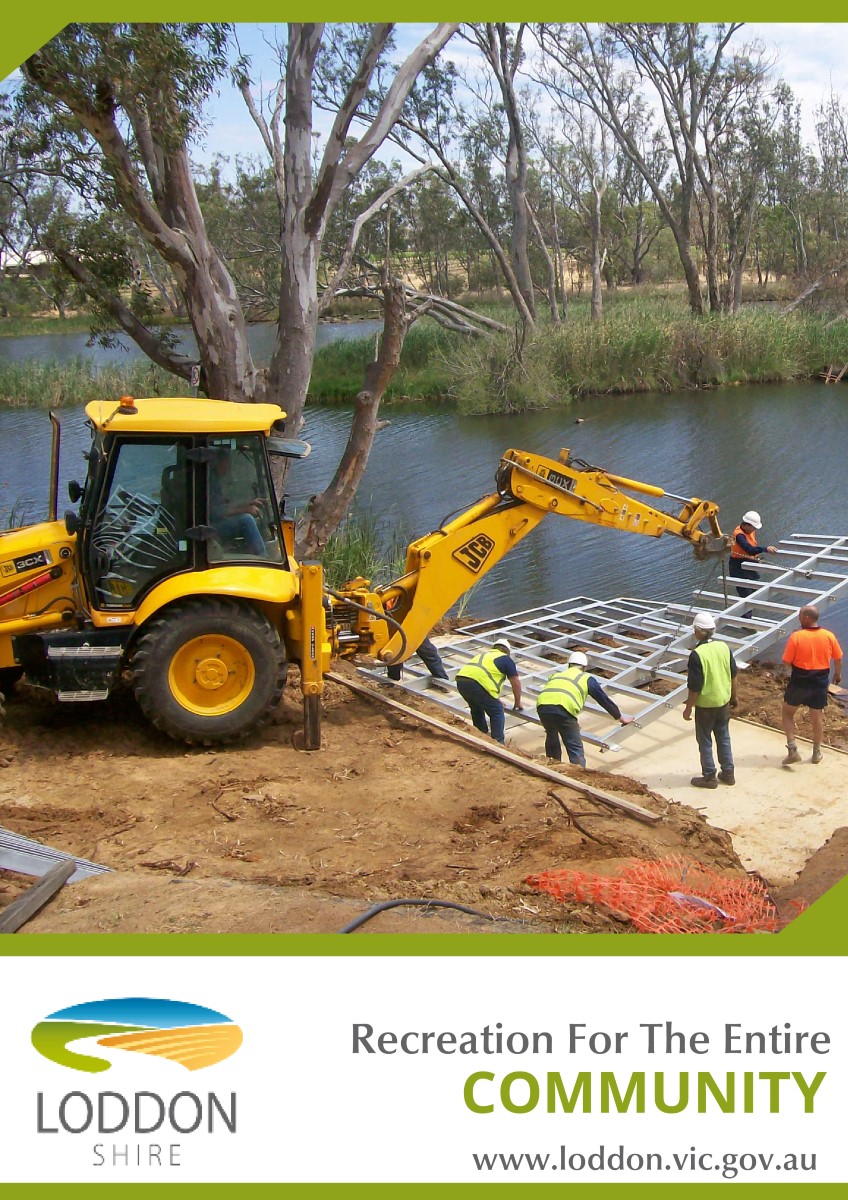