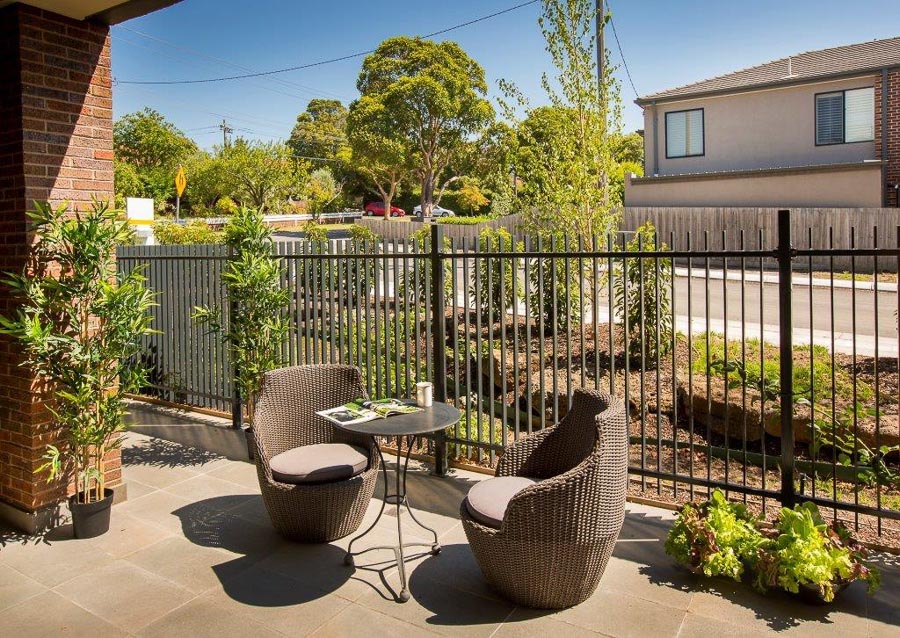 As people age, their ability to take care of themselves decreases and moving into an aged care facility is a logical step. However, leaving the familiar surroundings of home for good can never be an easy option. Fortunately, the residents of Lynden Aged Care, an 80 bed community owned organisation, have the benefit of living in idyllic surroundings where they are taken care of by highly trained staff who show genuine warmth and compassion as they go about their duties.
The facilities are divided into high care, low care and extra services and each category provides older people an unsurpassed level of support, while maintaining the dignity of each individual. Residents are treated with the greatest degree of kindness and every effort is made to meet their individual physical, mental and spiritual needs. Lynden Aged Care has the distinction of having a very favourable staff to resident ratio with one carer for every ten residents in low care and one carer for every five residents in high care.

Ann Turnbull, CEO of Lynden Aged Care, describes the strengths of the facility, “The facility here has all single rooms which are much bigger than in a lot of other places and we also have a higher staff to resident ratio than in other places. The staff have time to spend with the residents because a lot of people just want to sit down and have a chat for a few minutes. So we have more hours of care, with the result that staff spend more time with the residents. We really do try and make it a home away from home. You know, you bring your furniture, you set it up as you want to, come and go as you please. Proximity counts, so visitors can come and go whenever it suits them.”
The facility is located amidst beautiful gardens and each of the rooms is provided with an ensuite bathroom. A 12 seater bus is available for taking residents on outings and a wide variety of recreation programs are organised for their benefit. Every effort is directed towards improving the quality of life of the residents and music therapy, physiotherapy, podiatry and hairdressing facilities are available on site.

The establishment of Lynden Aged Care

Ann Turnbull recounts the early days of the facility, “Lynden Aged Care opened in 1979. The Mayor of the City of Camberwell formed a ladies auxiliary who did some fund raising, the Council donated some land and so the first 30 bed low care hostel was built. Six or seven years later, a 30 bed nursing home was added and then a few years later a 20 bed extra service wing was added. So we are an 80 bed, stand-alone, community-based, not-for-profit residential aged care facility.”

As Lynden Aged Care has expanded, the industry has matured and government rules and regulations have been introduced to ensure that the facilities meet the laid down criteria. Ann Turnbull describes the changes over the years, “There has been a huge change. One of the main changes is that the industry has become regulated. Back in the 70’s there were very few laws about how aged care should be provided and so there were a lot of rogue operators who really took advantage of the situation. Now all that has changed.

Another big change is that rooms which accommodated six beds have now been replaced with single rooms and in fact, the law says that you cannot have more than more than four people in a room and we encourage people to bring furniture from home so that they feel comfortable.

The big change really is that it is much more about making residential aged care a place that you are happy to be in rather than a place of last resort. The government encourages people to stay at home as long as they can because that costs them less money. So more and more services are being made available to help people stay in their homes but there are people who cannot stay in their own homes and need to come into care. 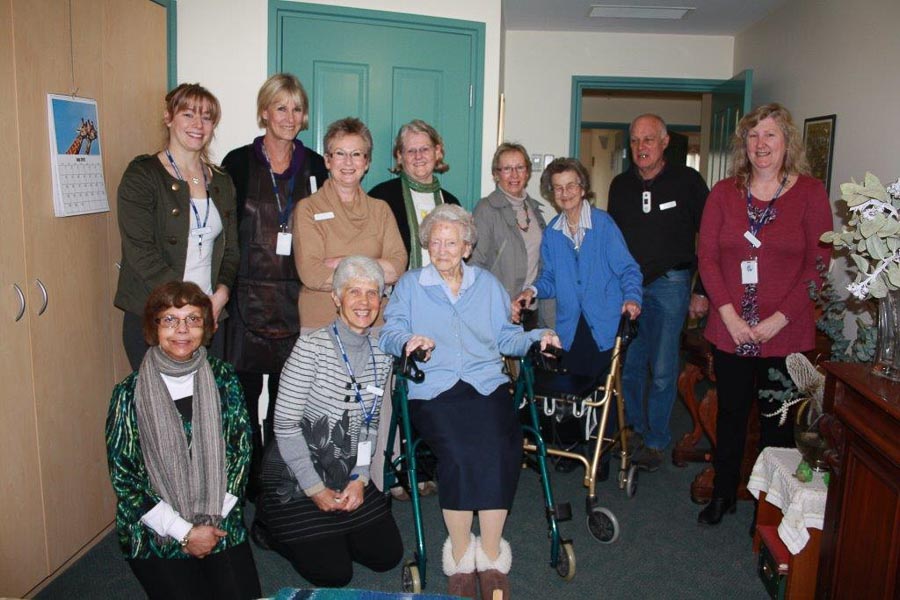 Lynden Aged Care has invested heavily in technology to improve its services. It has a state-of-the-art medications management system supplied by iCareHealth that has resulted in the elimination of paper-work and led to substantial savings in time and costs. While the initial investment in the entire project was high, the benefits far outweigh the costs. Lynden Aged Care is fortunate to have a tech-savvy CEO and a supportive Board, who have made significant investments in computerisation to make the facility more efficient and productive.
General Practitioners who visit Lynden Aged Care are given access to the iCareHealth system to update the records of their patients. A majority of the GPs are comfortable using the system and appreciate the benefits that it brings. In case a GP does not make the entries himself, a nurse types the details and the doctor signs. There is no paper-work involved and the successful implementation of the system has resulted in improved delivery of care, greater organisational efficiency and higher staff productivity.

Ann Turnbull explains how technological advances have made the quality of care provided at Lynden Aged Care better, “We currently utilise electronic medication management. Back in the good old days every resident had a paper chart that kept all the medications hand-written and signed by the doctor, so if you had 30 people you were doing a day round for, you had 30 charts. The nurse had to physically look at every drug and read at what time it was due, to work out what pills to give the person at 8 o’clock in the morning, for example. 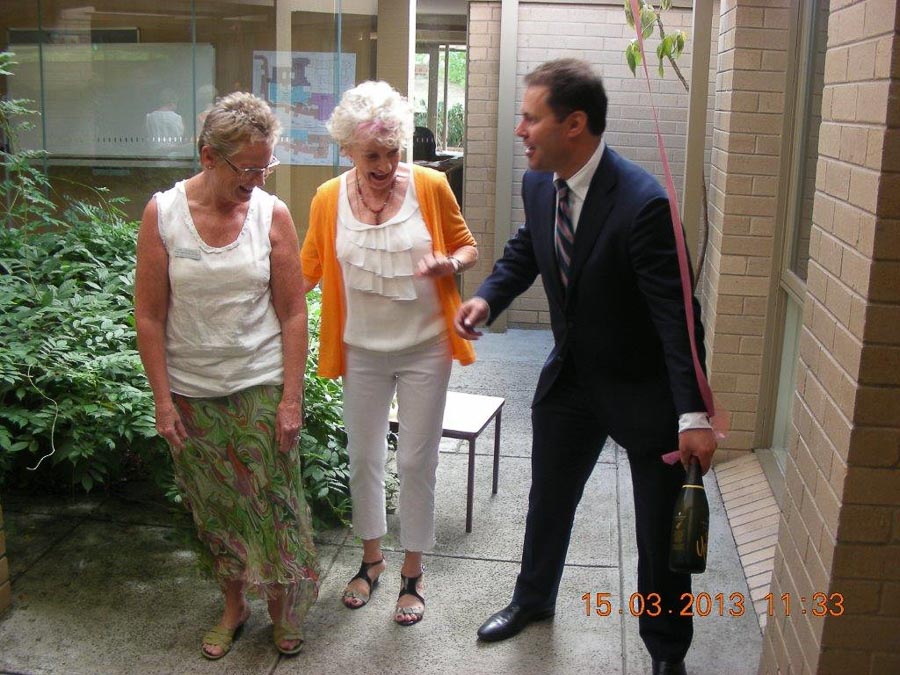 That’s now electronic, so you log into the computer, you sign in, you say you want to do the 8 o’clock drug round, it tells you the residents who have a pill at 8 o’clock, it tells you what the pill is, it gives you a picture of them with the signature and you have got everything that you need for one drug round. That has saved the nurses about an hour and a half every morning and has significantly reduced medication errors, because you almost cannot make a mistake.
If you don’t sign for something that was due, you cannot log out and the computer says hang on, you haven’t done this, are you sure that you want to log out? This is another significant change that has reduced medication errors and has also saved quite a lot of time for the nurses.

iCareHealth is the software company which is our supplier and we have a good relationship with them. If they want to try a new component to their software we are always happy to try it out for them.”

In the event that occupants need greater care, priority access to the Lynden Aged Care facility is provided. “Individual units are at 51, Lynden Street, so they are quite separate and distinct and not connected at all to the residential aged care facility,” points out Ann Turnbull, “The idea is if people are downsizing, they might move into one of these independent living units, knowing that in the future they might need to come into care. But when they are in the independent living units, they can buy services like food or laundry or care from the residential facility, to help them stay in their independent living units as long as they can.” 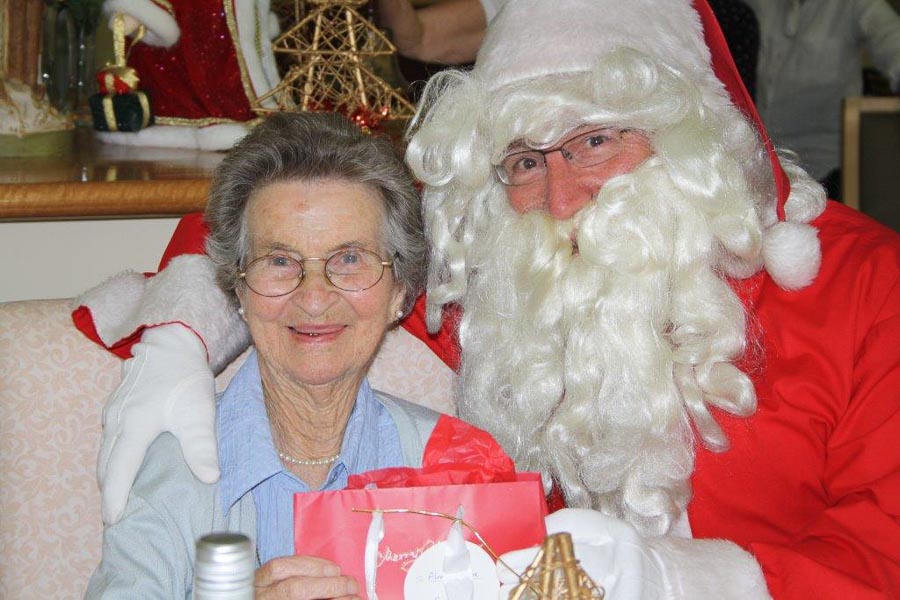 A $20 million refurbishment and expansion plan is under way at Lynden Aged Care and 20 beds will be added to the facility by March, 2017, making for a total of 100 beds. Currently the residential facility runs at full capacity and there is a long waiting list.

Ann Turnbull clarifies the plans of Lynden Aged Care, “The main objective is to maintain our waiting list so that when a room becomes vacant there is somebody else waiting to come in.

We would like to be able to plough our profits back into the business to increase lifestyle activities. It would also be nice to have a concierge person who would make sure that the residents are happy and that the resident’s families are getting the support that they need. We really don’t see a future where we will be expanding and growing and we think that once we are at 100 beds, that’s all we want to be and any profits then will go back into the business, making the services better.”

WHAT: Lynden Aged Care Association Inc is a stand alone, community owned not for profit organization 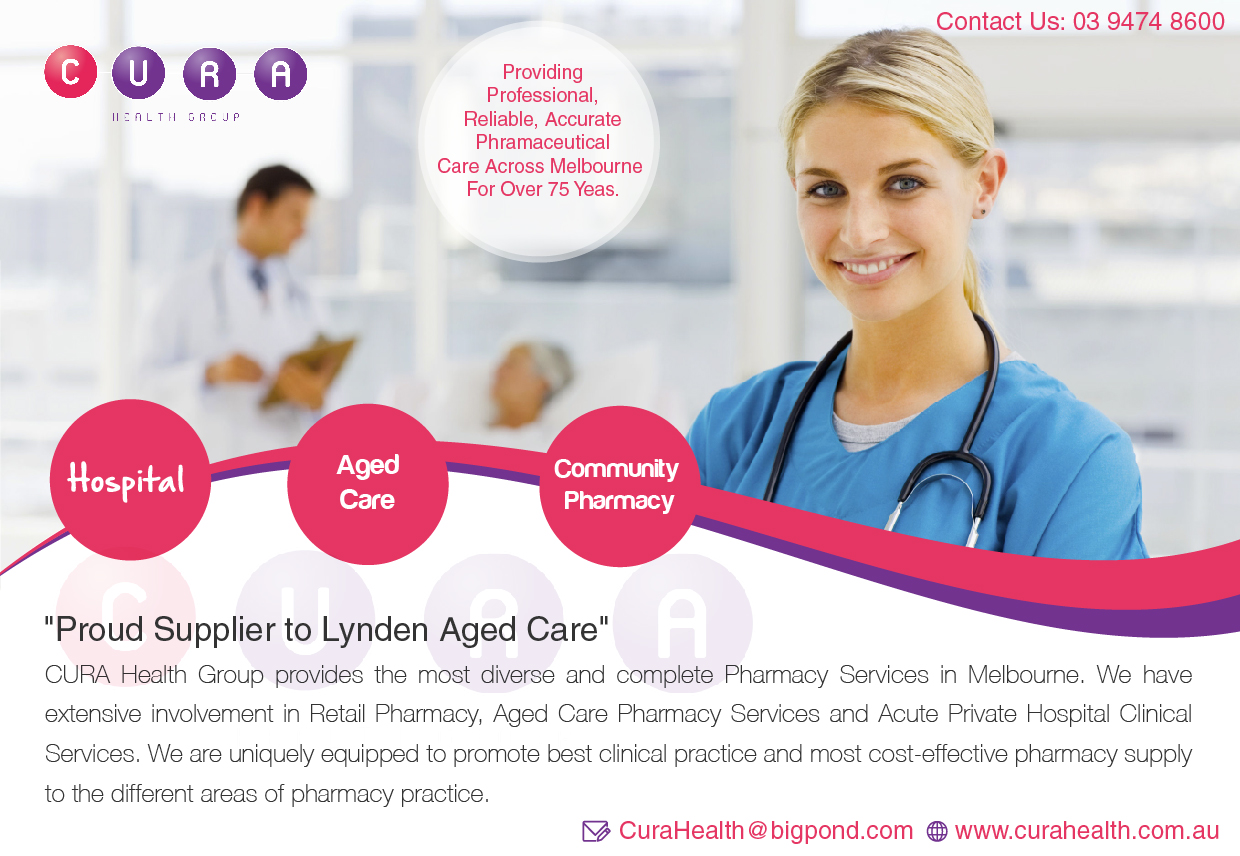 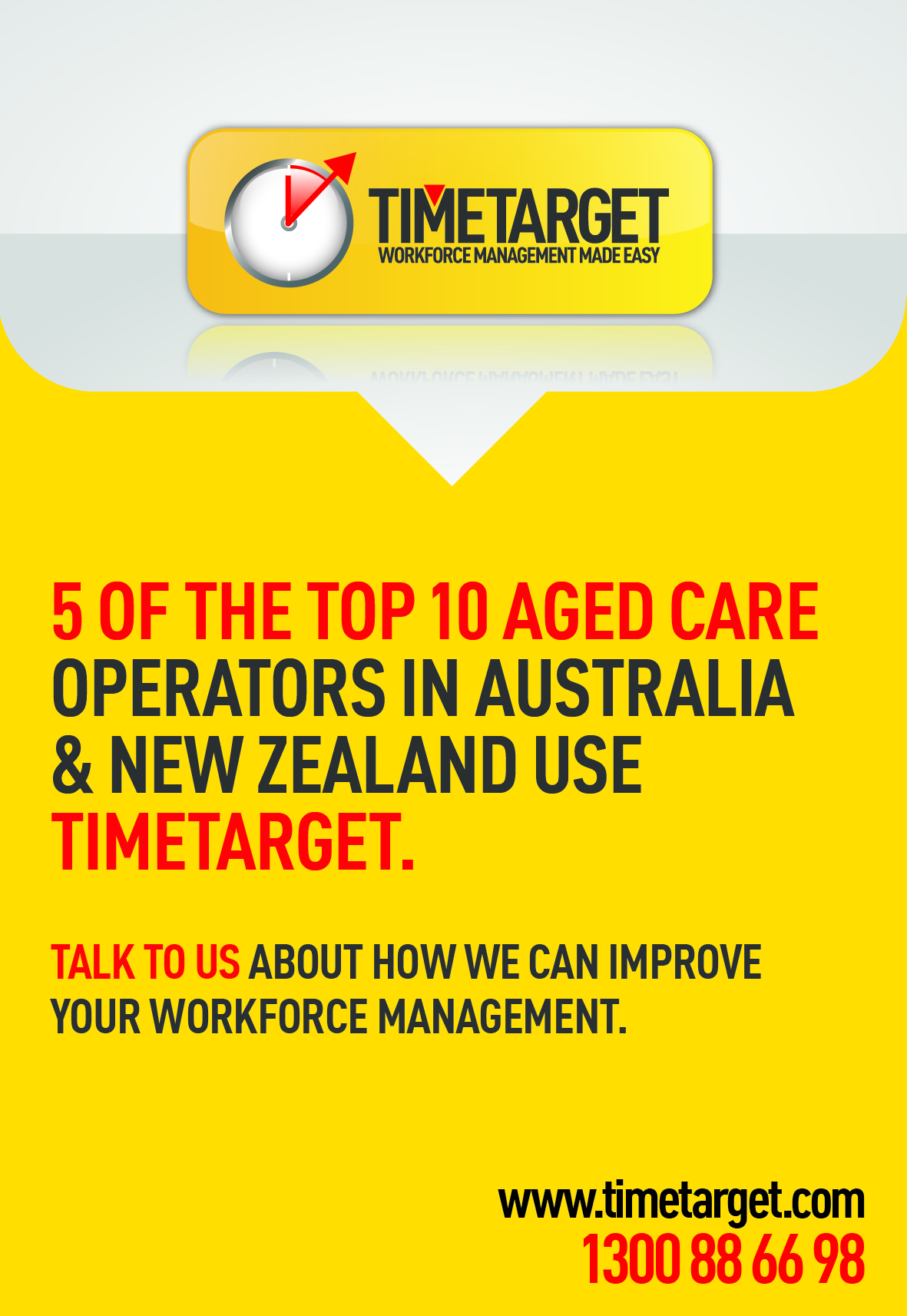 Back In Motion – Australia and New Zealand 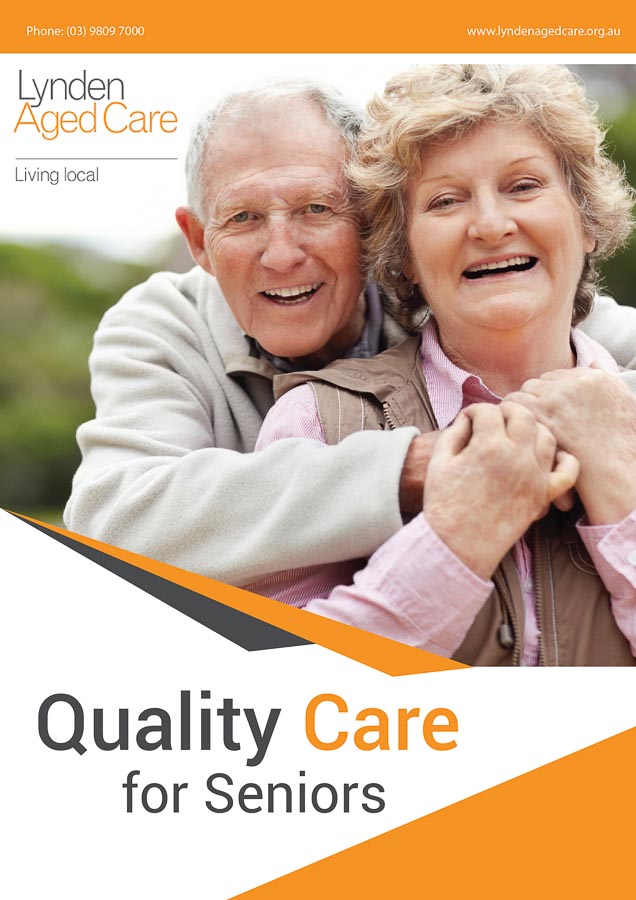