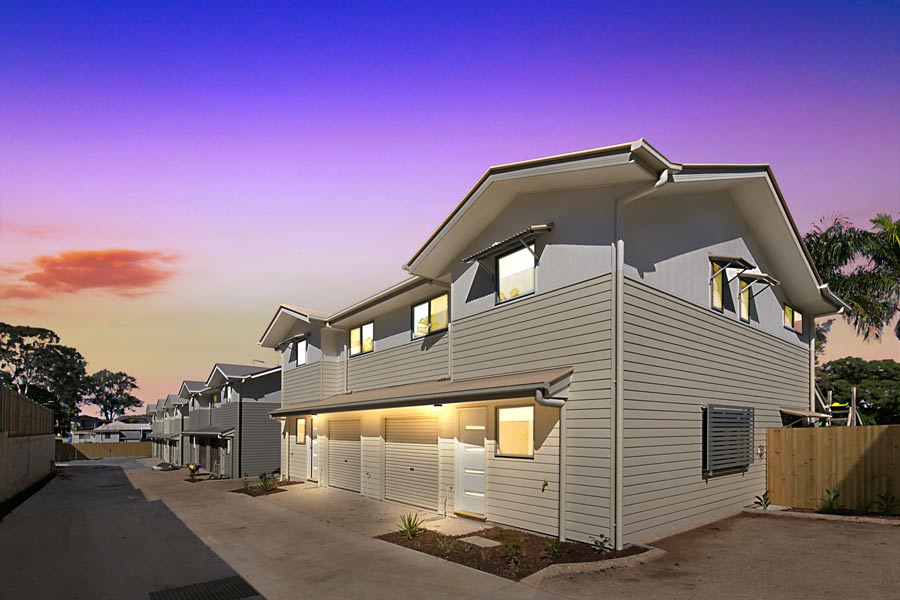 Some of the most successful businesses today have survived and even thrived in tough economic conditions. The ability to innovate, market and diversify helped companies like Proctor and Gamble, Motorola and Hewlett Packard to become market leaders, despite the circumstances. One Sector PTY is one of those companies who have followed suit. Managing Director Nick Ray says the Great Financial Crisis (GFC) caused him to strongly reconsider his company’s position in the market.

“Different industries get hit harder than others, so if you set yourself off into just one industry you run the risk of running out of work. When it began in 2008, we went down to two or three staff to get by. I saw it as a chance to broaden our horizons. The GFC really made it hit home that diversification really was key to the future approach to developing a building company. So it was that time where we started expanding those sides of the company.” 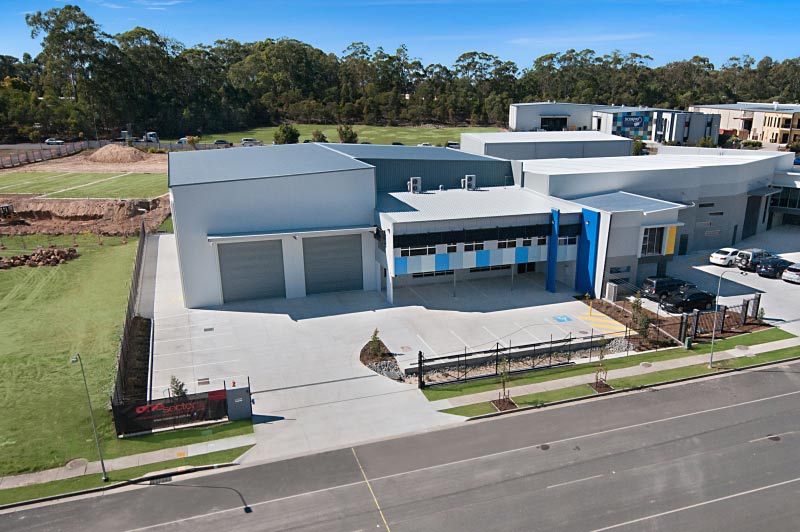 Prior to the recent expansion, Onesector operated primarily as a trailer type builder. Based on the Gold Coast, Nick Ray is a third generation builder, his grandfather Ronald Ray built some of the first factories on the Gold Coast. Nick’s father Michael Ray continued in his grandfather’s footsteps as a licensed builder, successfully completing a large number of industrial, commercial and residential projects while guiding Nick through his apprenticeship. Fifteen years ago, Nick stepped out on his own as a licensed builder and is now the Managing Director of Onesector Pty Ltd.

“During the early days of Onesector’s trading, we were very hands on, doing our own carpentry, concreting works and so on. You can only grow so much when you are doing it like that.  It has been the last three years that we’ve really been pushing upwards and growing the organisation and structure; rather than just being a trailer type builder.”

As the economy began to recover, Onesector experienced substantial growth. Today they work on industrial, residential, commercial and civil projects. In 2014 they completed multiple townhouse projects, opening new opportunities to continue with multi residential and medium rise buildings.  Onesector has employed highly experienced Project Managers, Contract Administrators and Site personnel to ensure that quality, safety and smooth running of all projects is achieved on time and on budget. 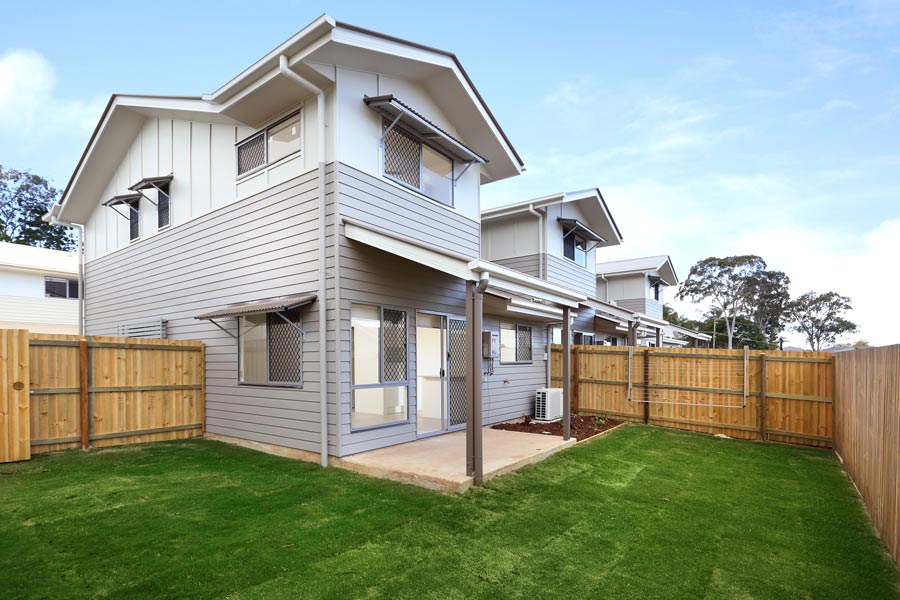 Total revenue has gone from $2 million per annum to $30 million in three years. Following a recent QBCC review based on financial information and Net Tangible Assets, Onesector’s builders’ license maximum revenue has been increased to $59,000,000 to accommodate forecasting growth.

With such large scale building projects they subcontract the various trades. Ray says they still maintain trade workers for certain niches though.

Onesector has multiple projects running at once. Most of their work is based in and around the Gold Coast. Occasionally they have done some work for clients in other parts of Queensland such as Harvey Bay, Bundaberg, Mackay and Newcastle.

The company has earned a very strong name for itself in the industrial building sector. The feedback has been very positive, especially with the rapid growth which has taken place in the last three years. A lot of clients are referred through word of mouth, which has been built on a solid customer service foundation. New customers have been impressed with the ease of working through a project with Onesector.

Completing projects ahead of schedule and a personal touch goes a long way in securing the company lots of new work.

“We’ve got 100 clients, I could have a beer with 99 of them. We make sure every client comes out at the end of the day with a smile on their face. We put in extras on the job. They always get more than what is in their contract. It’s just something I was taught in how to manage projects.”

Hiring the right people also goes a long way. The staff numbers are continuing to grow and it is becoming more important to create the right culture. 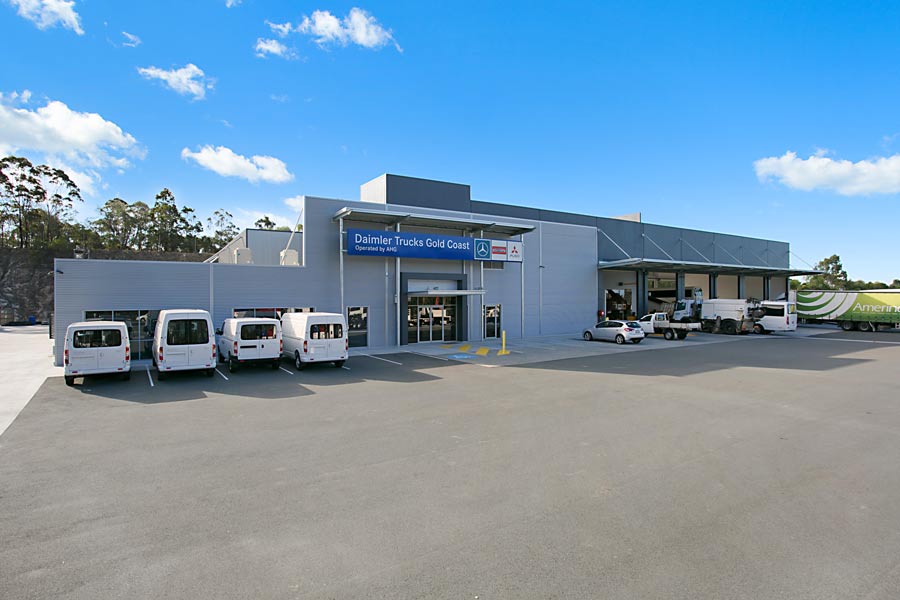 “When you hire someone, personality and morals are very important, almost as important as experience. Our aim is to have a diverse and cohesive team that respects our clients, company values and each other. In addition to experience and references, part of our recruiting process is to ensure the applicant will fit in and be capable of working in that team and systems. Onesector has implemented some of the latest systems to assist with the running of multiple sites and project teams and to track and monitor safety records, job costs and contracts.”

Ultimately, Nick Ray hopes that the company is soon able to secure contracts for medium rise buildings (up to ten storeys high). Ray is mindful that growth does have an influence on the company’s nature and capabilities.

“As you grow you lose your personal touch. You have different levels of management and you’re relying on other people to be the face of your company. I ingrained that each staff member that our delivery should be the same as it would be if I did it myself.”

One project won them an award at the Master Builders Gold Coast Housing & Constructions. It was a trophy for refurbishment and renovation on a project above $2 million down in Burleigh Heads last year. This year they hope to add to the trophy wall, entering another three categories with projects due for completion in 2015.

International speaker and business coach Tony Robbins says innovation and marketing are the key driving forces behind any successful business. As Onesector moves towards new horizons, they aim to continue improving.

“We’re excited when we get our first run to show the market what we can do; hopefully we can grow into bigger and greater things.”

Nick Ray’s replies to some our questions reveal the secret of the company’s success:

Who are some people you work with?

“Gold Coast Roofing. Know them well and have done for many years. Central Engineering, a steel company we’ve been using for fifteen years. All subcontractors have to quote against other contractors to win the work. Our aim is to have three quotes for each trade. When awarding a contract we go on price, availability, capability and quality.”

How has your company been impacted by sustainability and environmental requirements for projects?

“More often than not our projects will come with documented drawings. Where we see possibilities, we will suggest environmentally friendly ways. The challenge is that all the clients are often working to a budget on a commercial level, so you can only suggest ways to be more sustainable, like LED lighting and solar panels. And hopefully they take it, if they don’t you just have to work within council requirements.”

How long would it take you to complete a project?

“One thing which I didn’t mention earlier on. The reason we win a lot of work is because customers love it when you push a job out quickly. It makes everybody’s life easier. We discuss construction programs throughout contract meetings to work with the clients expectations and requirements, we always aim to complete ahead of schedule where possible as it’s always in the best interest for the client and Onesector.”

Is it quite a competitive industry?

“It’s very competitive at the moment, however, we are at a stage where our overheads are low and our work output is maximised for the amount of staff we have. We have been successful in over 85% of jobs tendered in the last 2 years so that’s testament to the tight ship we are running.”

WHAT: Evolving from humble beginnings, they contribute the success to establishing and upholding a superior reputation based on continuous quality improvement. 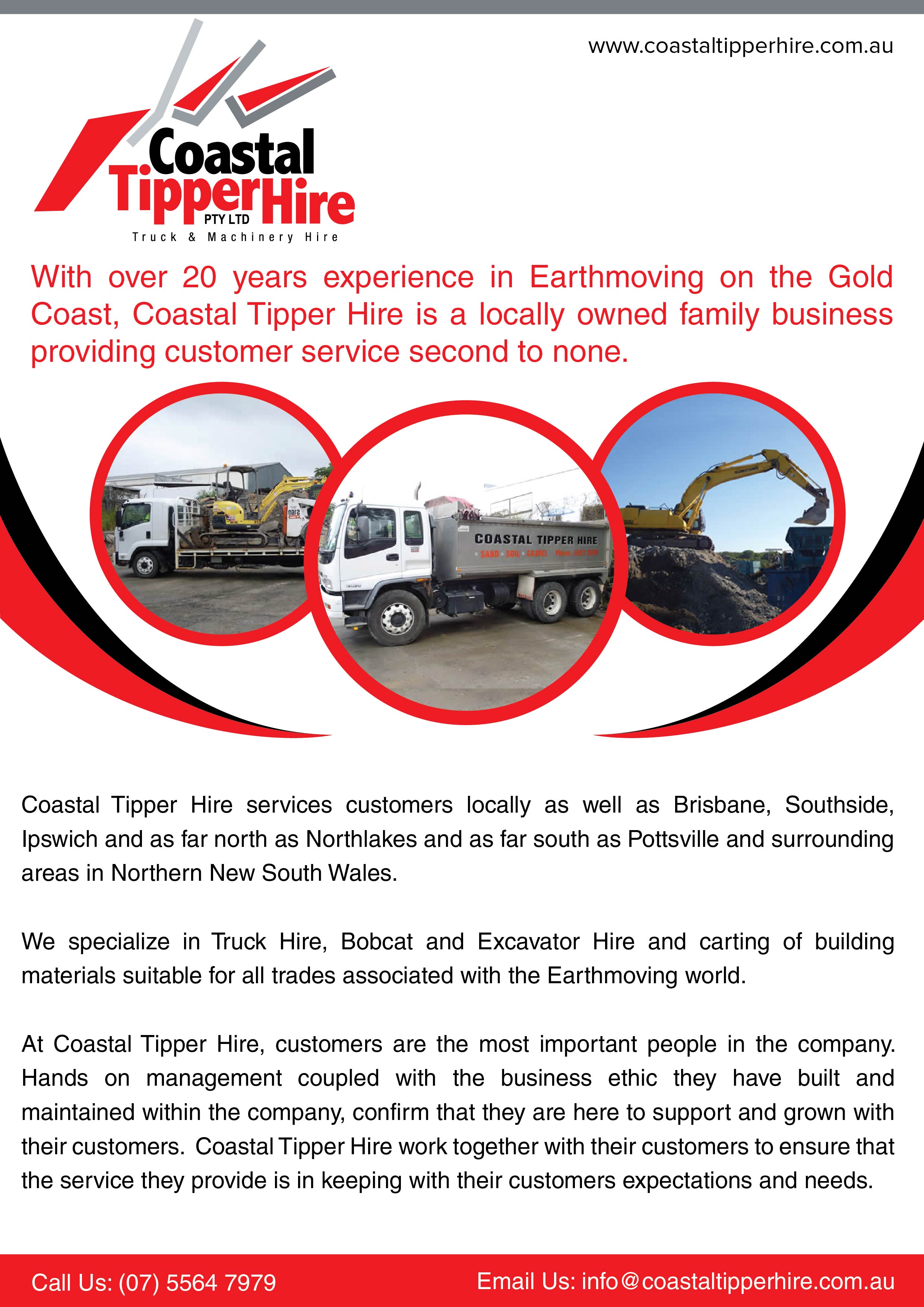 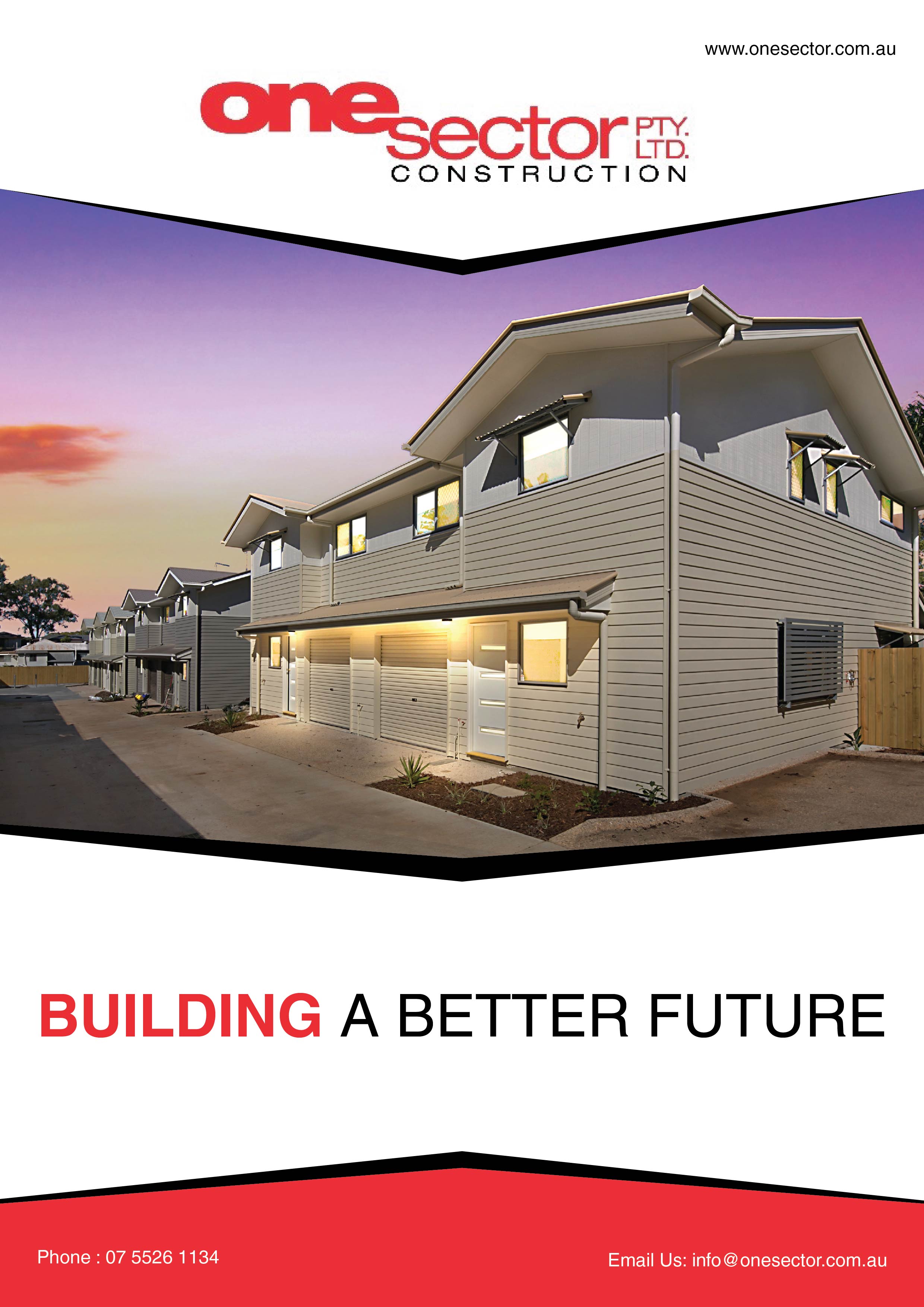