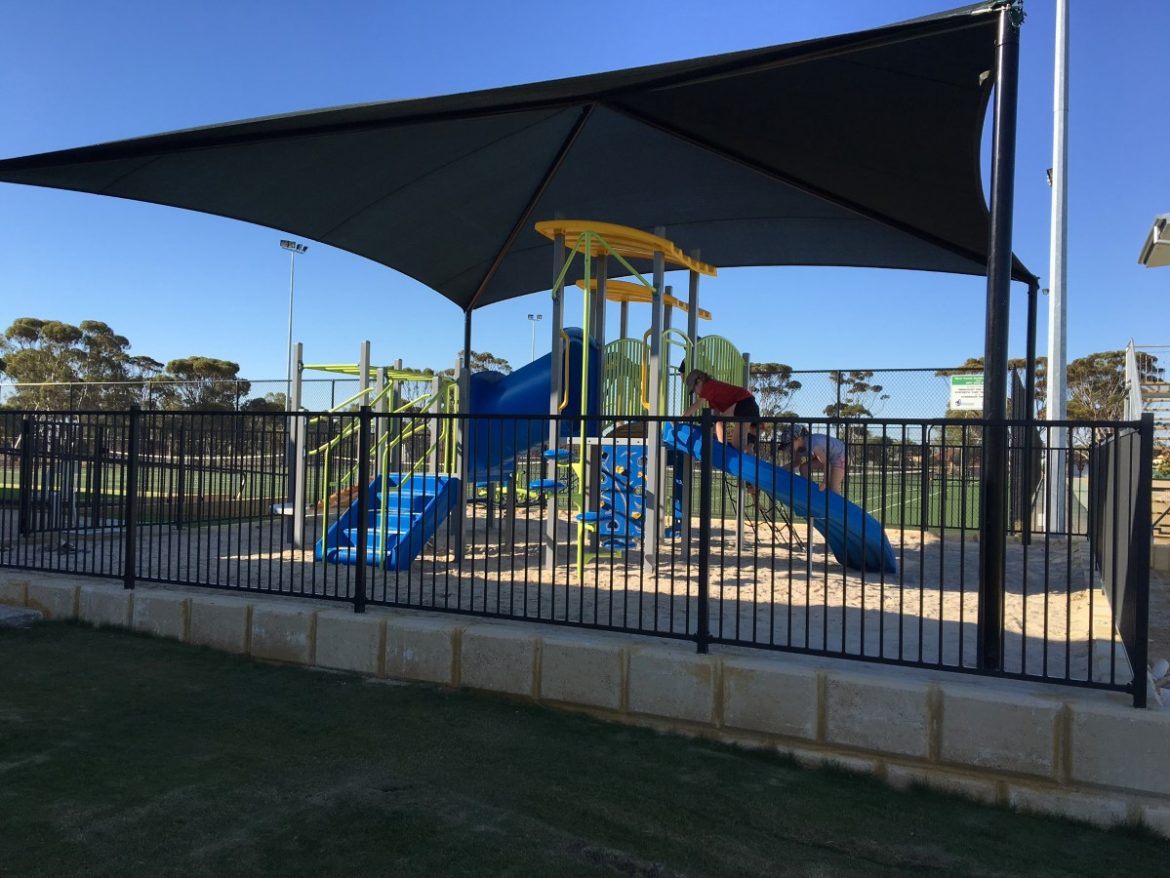 In the Wheatbelt region of Western Australia, 155 km east of the state capital Perth, the Shire of Cunderdin comfortably sits in an area of 1,864 square km. The population of 1,302 constituents is spread across two towns, Meckering and Cunderdin.

Maintaining the roads to a serviceable standard

Currently, the Council maintains 390 km of sealed road and 470 km of unsealed road.

Keeping the roads serviceable for the local communities is a multi-faceted affair which requires immense planning and preparation. Currently, the Council’s main focus, as a part of Regional Road Group where funding is received, is three major arterial link roads to the central of the Shire.

The Cunderdin Shire Council also deals with multiple community projects including the $5.5 million project, Cunderdin Sports and Recreation Centre. Completed eighteen months ago, this project centralised all sports into one area. The Centre itself is also used as a community centre for meetings and events. 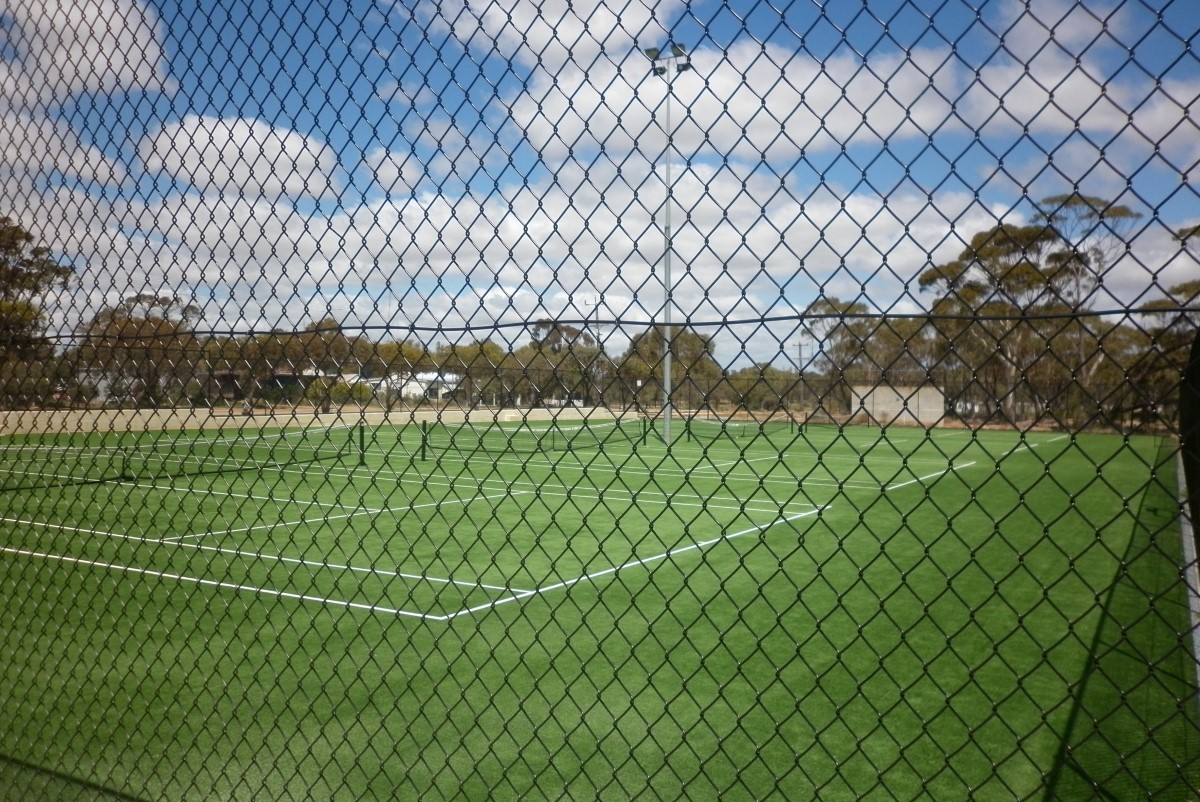 “The whole idea was to try and bring sports together, to have a single facility rather than trying to have two separate lots of infrastructure. It has been kind of a work-in-progress because you are trying to get all those sports clubs to try and talk to one another whereas they haven’t had to worry about that kind of thing in the past. And from a revenue and economic perspective of the development of the sports ground, having everything in one area means that all money is being driven through one channel. We also have only one infrastructure to maintain instead of having separate areas”, says Peter Naylor, the CEO of the Cunderdin Shire Council.

On the 14th of October 1968 Meckering experienced a 40 second earthquake. WA’s largest earthquake registering 6.9 on the Richter Scale, the quake’s epicentre was almost directly below Meckering and caused a stretch of ground more than 40kms long to rupture. It was so strong that residents in Albany, Esperance and Perth reported damage.

Today you see part of the pipeline, part of the railway and many pictures of the aftermath at the Meckering Rose Memorial Garden, constructed recently by the Shire of Cunderdin with the help of the Meckering Community.

Health initiatives are also very high on the Council’s list of priorities. The new Primary Health Care Centre has been a huge project to ensure the long-term sustainability of the health care sector. In addition to the centre, the council has also received funding to develop a cluster of aged care units. These self-contained units have been designed for people to ‘age in place’. Though the $3 million project is still in its early stages, it is expected to be completed in early 2018.

In addition to the sports facility, the Shire of Cunderdin offers a few more entertainment options. The swimming pool, which has recently had some additional upgrades through the Department of Sport and Recreation’s Community Pool Revitilisation Program. Anyone who appreciates walking trails will be glad to know that Cunderdin is part of the Golden Pipeline Heritage Trail. Furthermore, Cunderdin’s close proximity to the Great Eastern Highway attracts tourists who take advantage of the unique Cunderdin Museum in their travels.

The Council has to be innovative with their ideas as fostering growth in the region is not always easy. The Cunderdin Airfield, which was built as a training ground for pilots during World War II, is now home to the gliding club. Interestingly, Quiet Flight has built a glider allowing people with disabilities to fly, attracting large numbers. Apart from the gliding club, however, a private company is currently looking at the airfield with a view for a long-term lease for future commercial development. According to Peter, there are many projects in place.

The Council’s big projects, such as the Primary Health Care Centre and Aged Accommodation, will keep them busy for the next couple of years. During that time, they will also have to continue offering important services such as road maintenance to the region’s residents. After completion of current projects, however, additional infrastructure will probably be the next step. Improving the region’s aspects takes time and hard work but there’s no doubt that the Council of Cunderdin Shire is up to the task.

WHO: The Cunderdin Shire Council

WHAT: The Council manages the 1,864 square km area of the Cunderdin Shire 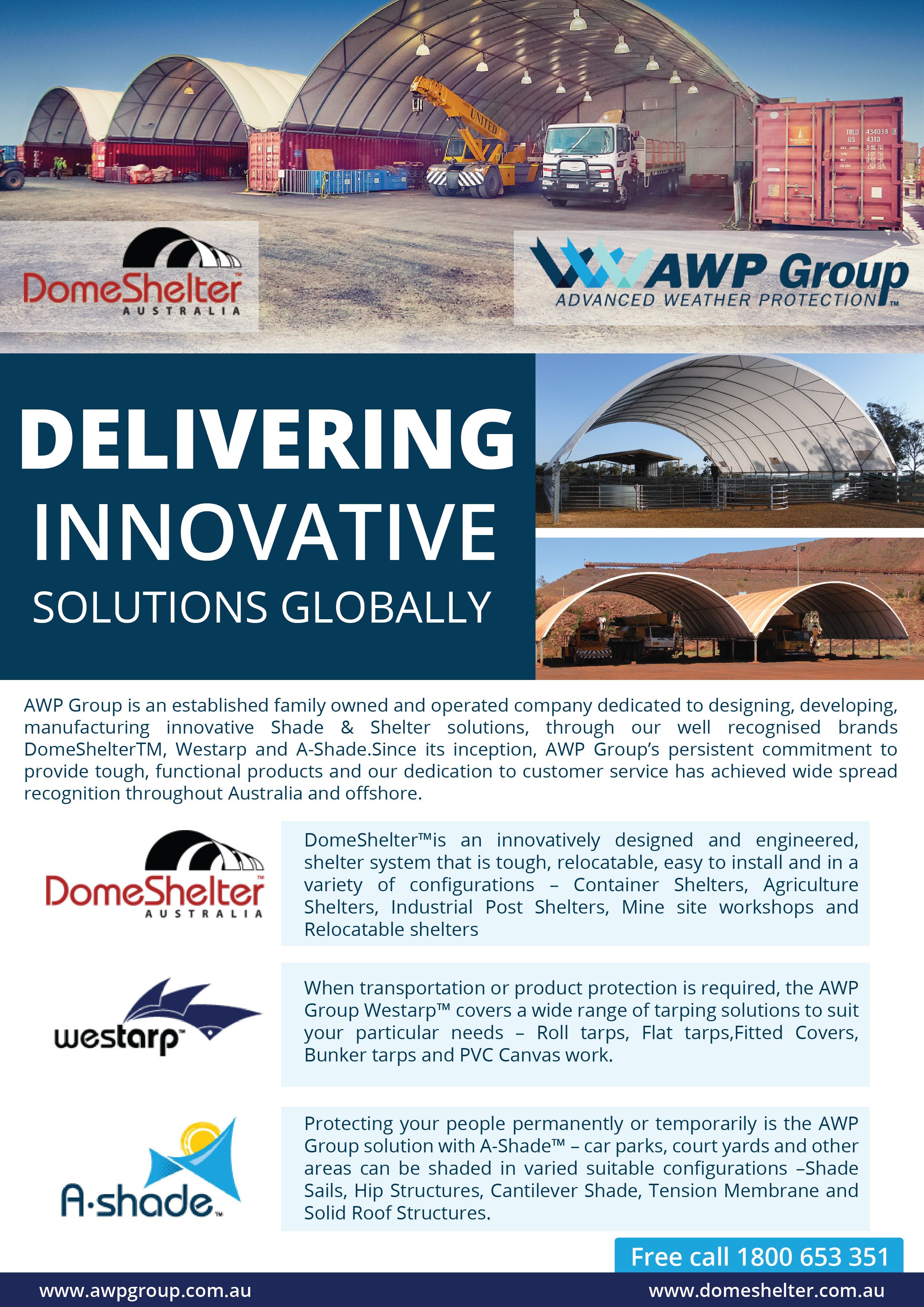 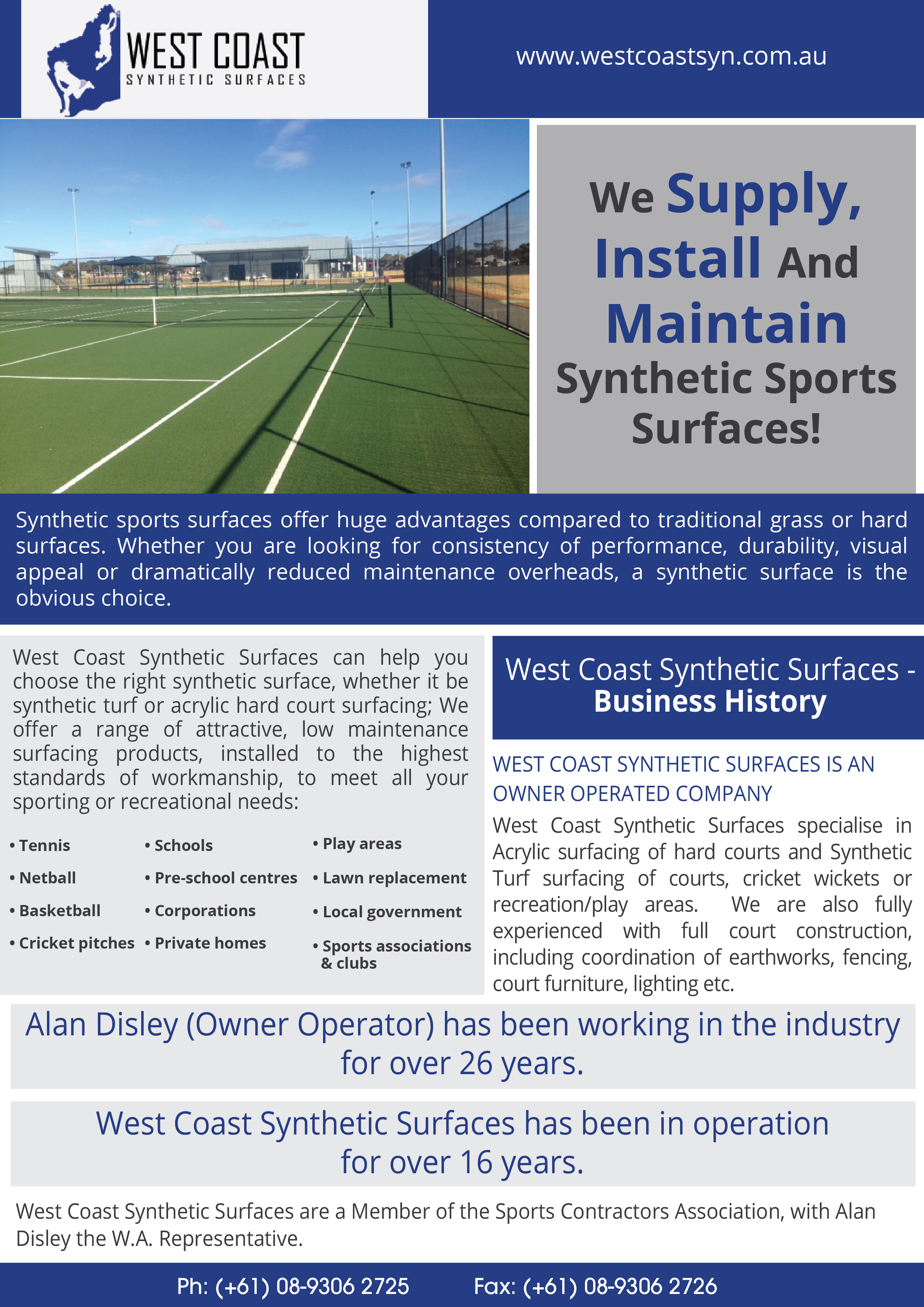 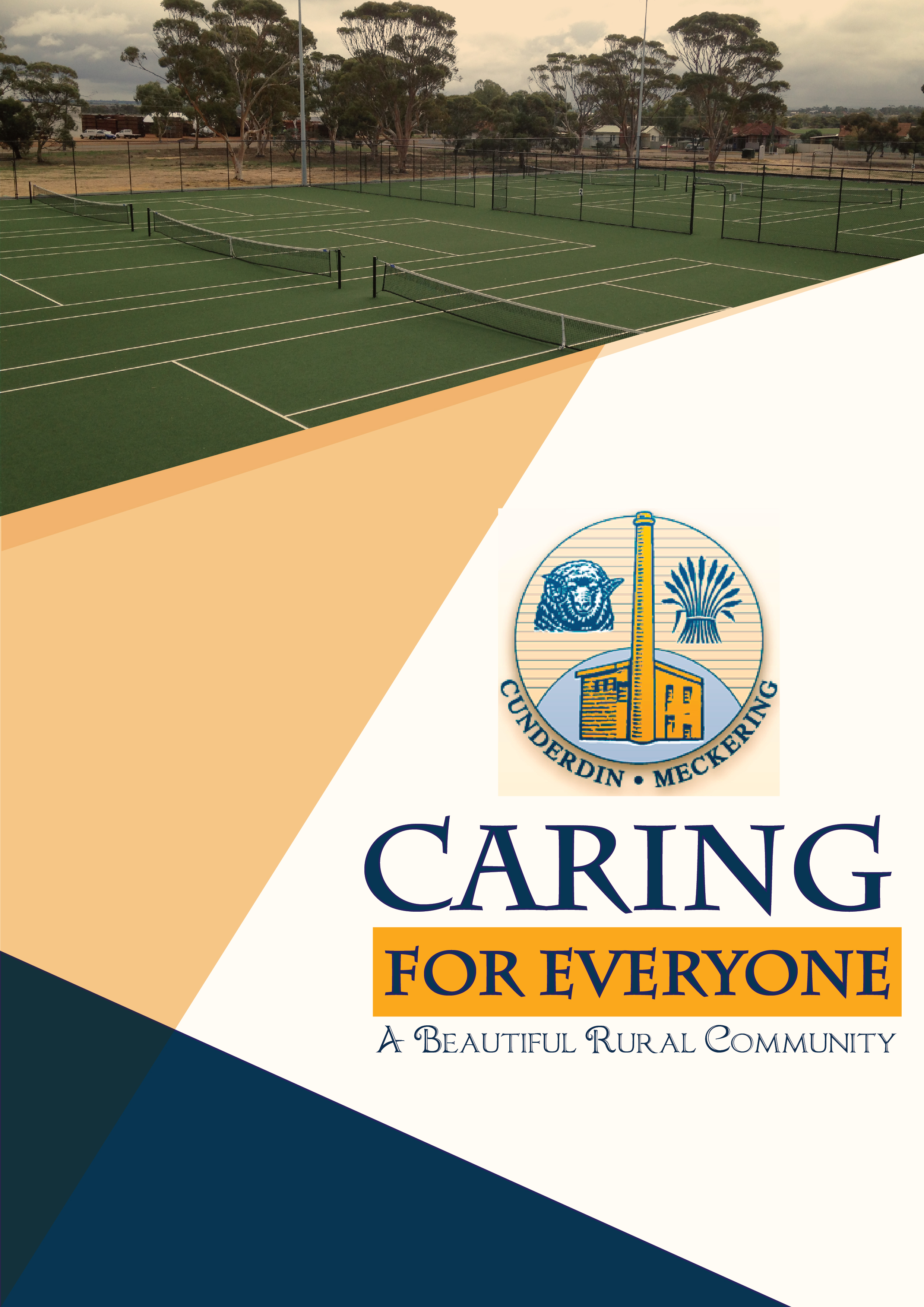