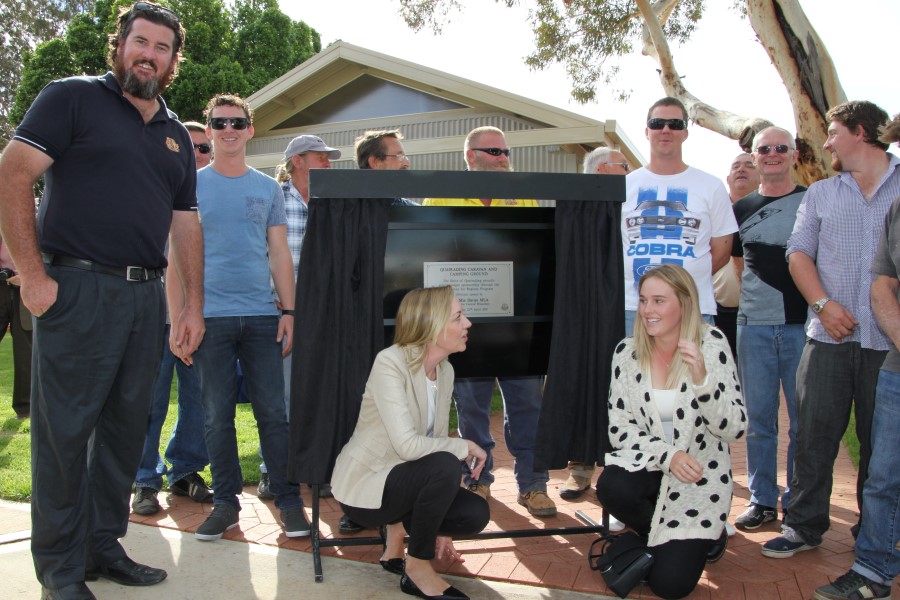 Settled comfortably in the central Wheatbelt of Western Australia, the Shire of Quairading boasts spans of farming land, and a history steeped in stories of aboriginals and settlers alike. The continued dedication of its council and of the active farming community inhabiting it, means that that the Shire continues to be a pleasurable place to call home. Perhaps that’s why, more and more, retirees in particular have been flocking to Quairading for a little piece of the wholesome life.

Nestled just 167km east of Perth on the York-Quairading Road, Quairading not just provides all the benefits of a prolifically rural existence, but the delights of a warm community feel through sporting, culture and social vibes. The maintenance, and more so, continued improvements are so designed, to uphold and stimulate the small economy that runs through its population of around 1200.

We spoke in length to Graeme Fardon, CEO at the Shire about the town’s projects and growth plans. And indeed, there was nobody more appropriate to talk to than the man who’d been leading the charge on the town’s success for an incredible 23 years. 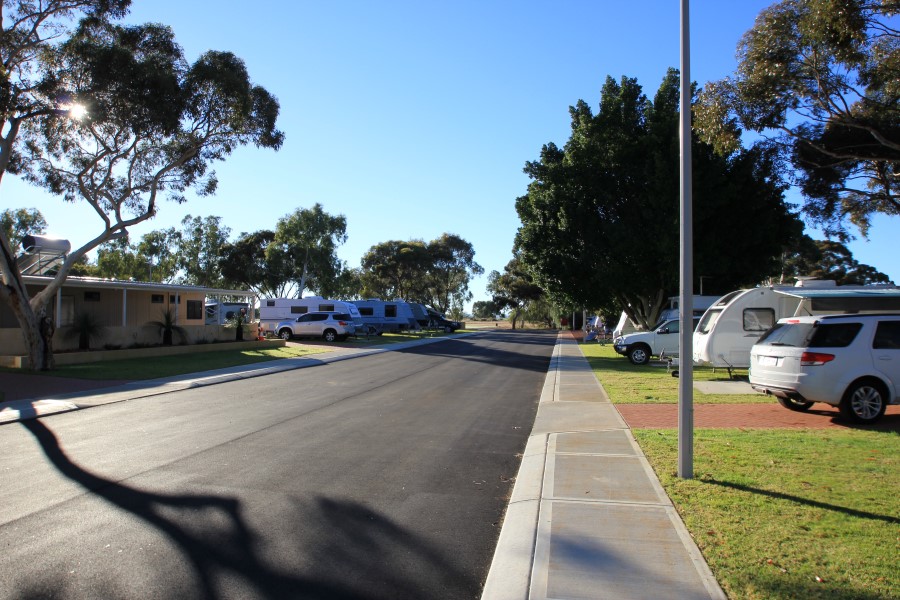 Fardon and the Shire

“We’ve reached just little over 100 year age bracket,” Fardon confirms, referring to when it was officially gazetted on 7 August 1907. Since then, the town has continued in a fashion of growth and settlement. A railway was followed by the appearance of retailers and incoming farming hopefuls, and by 1950, the settlers had cleared the vast majority of farming land, bringing it all into production. More flocked from the nearby ‘dry’ area of Dangin, attracted by lands and of course the local alcohol licensed hotel.

And now? Fardon tell us: “We have full suite of assets, healthcare control and maintenance, and responsibility for our 1200 population.” A population Fardon explains, is fairly steady, and certainly not diminishing; the incoming retirees seeking haven from the bustle of their larger towns have seen to that, as has as the increase in the Noongar population via Australian’s “Return to Country” program.

“The retirees are coming in from metropolitan areas, looking for affordable housing, safe community, as well as an actual sense of community.” Indeed this demographic is where growth has stemmed in last decade of the Shire’s existence.

Looking more microscopically, the council itself operates the Shire’s administration, its medical practice, a childcare centre and a youth centre. This is all while striving to maintain the park and the area’s amenities (such as the waste transfer facility), and helping landowners comply to land-related state legislation.

The time he’s spent on the council has meant Fardon has seen the entrance and exits of many an elected member, and as it stands today, the Council operates a collective team of around 40 staff, which in itself set the council as an important employer within a small community.

Of the economy at large, Fardon iterates the town’s predominantly agricultural drive and in particular “cereal canola and legume crops, a few sheep and cattle and an emerging small sandalwood industry.” 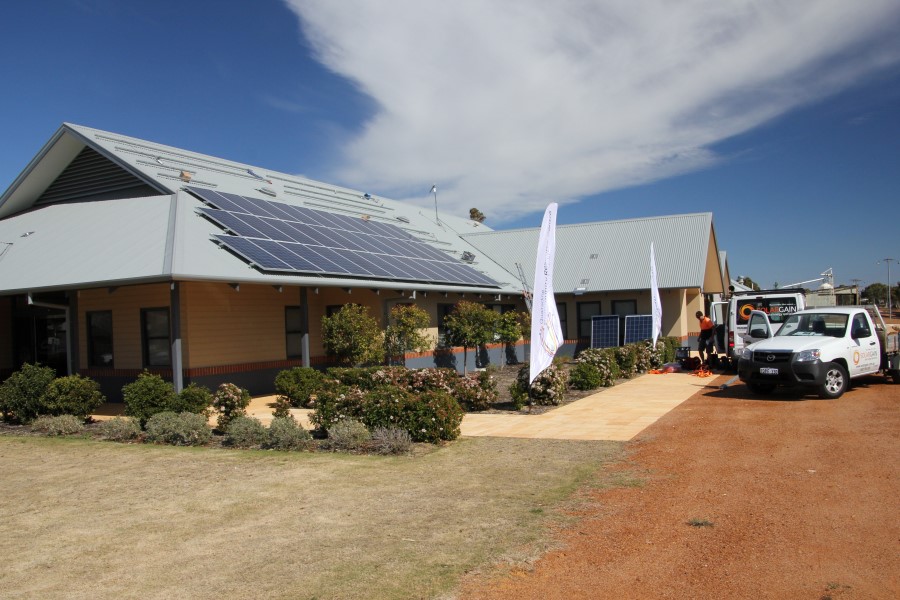 The council does employ an environmental officer who works with likeminded shires on sustainable practises including offset planting, re-vegetation projects and nature reserve projects. The natural essence of what makes this shire what it is, most certainly does not linger on the side of being taken for granted.

The refurbishment of the caravan park has been a recent and positive contributor to the community’s economy. The park’s total rebuild had been in the planning for five to six years.

“The car park was in particularly poor condition, and the general facilities did not comply with current legislation for caravan and camping areas,” says Fardon

$900,000 was streamed into this project, with a further $300,000 earmarked for three new self-contained cottages (subject to external funding). But that was not all. The caravan park refurbishment connected to a wider web of infrastructure improvement, allowing the council the chance to overhaul the town sewerage scheme and upgrade the power in the area; Fardon described it as “more an entire infrastructure project rather than a simple caravan park rebuild.”

“The caravan park, was a total rebuild from the ground up, beginning with a ground up demolition process,” adds Fardon. Further new facilities at the caravan park included a brand new campers’ kitchen and even an outdoor entertainment and fire pit area.

Following a relaunching campaign for the park last April, the impact on tourism has been palpable, with Fardon confirming a noticeable increase in caravanning and camping traffic. Caravanning clubs particular have been paying a marked interesting in spending time here.

“We’ve actually been targeting caravan clubs through caravanning associations. We’ve even been to caravan and camping trade shows in Perth where we advertise the park, as well as being promoted by the Caravanning Industry Association of WA in the Eastern States. We’re on a recognised tourist route “Wave Rock Pathway” which also helps a lot,” he adds.

This has been Quairading’s tourism strategic communications plan thus far, with increased events in the pipeline to further attract visitors.

Positively, the chamber of commerce and traders have reported on more and more visitors to their businesses, while tenancy and occupancy rates have increased as a direct spin-off.

The swimming pool was a whopping $3 million project which was completed late last year. The council met the six-month, off-season construction timeframe which followed 10 years of saving, five to seven years of planning, and a four year design phase. The council was not messing around with this.

“We dove into the full public consultation process in terms of the design side of things,” said Fardon, adding “This is a once in 50 year project, and we wanted to do it thoroughly. The opportunity to do major works like these comes by rarely.” Having opened as far back as 1959, the pool definitely needed the kick-start. The council set aside $2.2 million towards the project, and managed to attract a further $800,000, culminating in vibrant new main pool, with a fun, beach-entry for toddlers and kids, and an aged friendly learn-to-swim pool. Aqua-aerobics groups are already scheduled to make regular use of the facilities, with likely many more visitors to follow.

“This will have a big positive impact, and we have actually provided facilities that are much more user-friendly and in greater demand,” Fardon states. 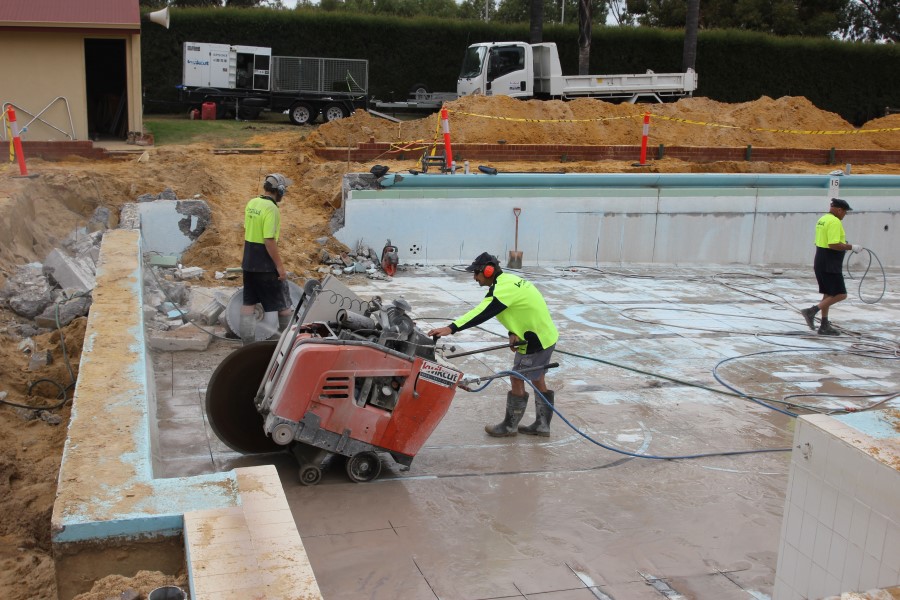 There are further major and minor projects in play to further the Shire’s economic agenda such as:

For the Shire’s tomorrow

As Fardon and his colleagues continue in steering the Shire towards continued prosperity, he talks to us about some of the needs and plans standing at the helm of the Shire’s future:

“We would love better communications and many residents and external businesses remain frustrated with the number of telephone blackspots they encounter, and the slow internet speeds. We’re looking for grants to strengthen this, but I know there’s a bit of competition.”

Deviating from this, Fardon sensibly explains the council’s strong, robust strategic planning process which recognises both the local and regional interests and promotes the sustainable growth of the community and the region. Amidst meeting the community’s expectations and making the most of its own current assets, Quairading’s council seems to be able to walk successfully, the fine line of infrastructure investment.

WHO: Shire of Quairading

WHAT: A local government area in the Wheatbelt region of Western Australia, about 170 kilometres (106 mi) east of the state capital, Perth. 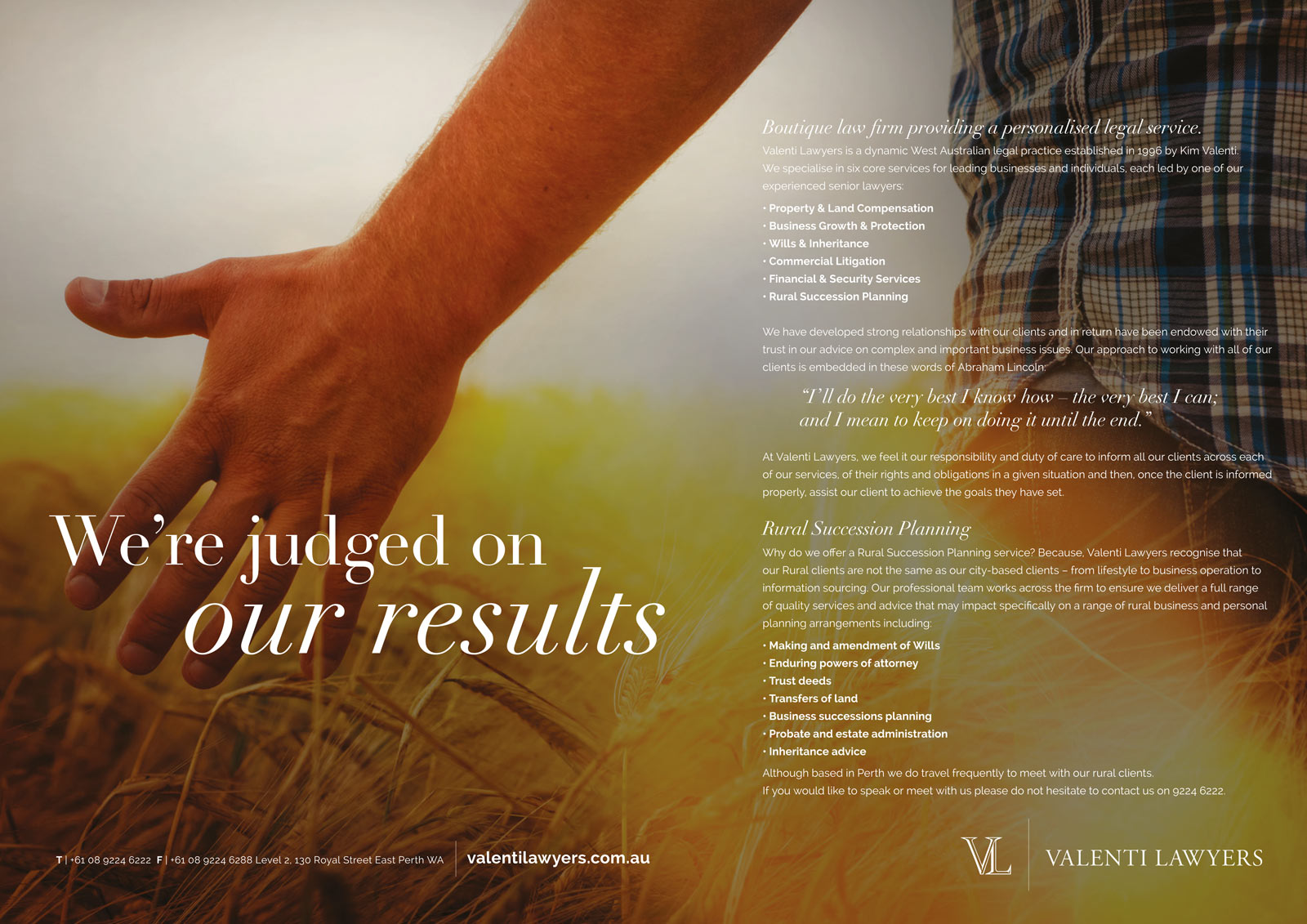 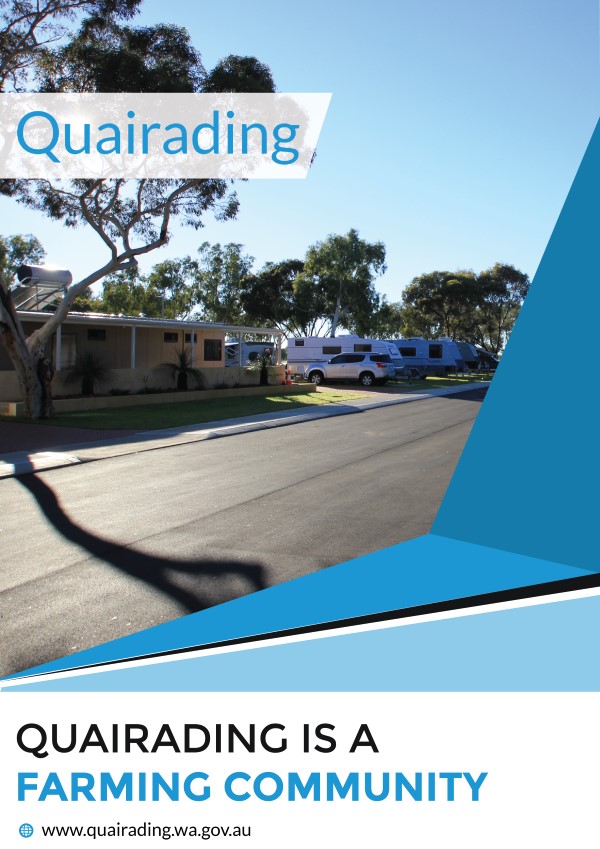