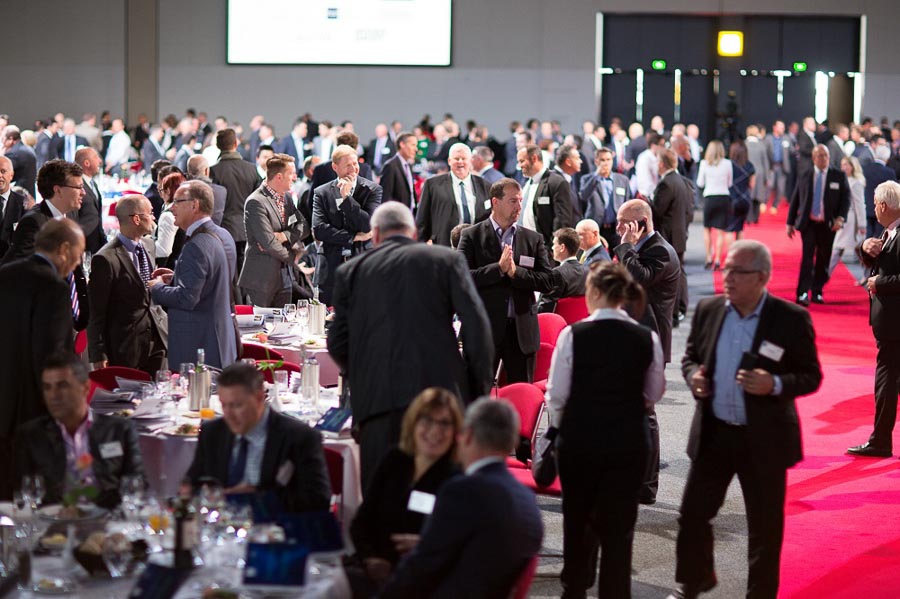 Australia’s economy is dependent to a considerable extent on mineral exports and South Australia plays an important role with a large number of companies active in this sector in the state. The success of these companies, which are involved in the mining, energy and oil and gas sectors, is enhanced by the support and direction provided by the South Australian Chamber of Mines and Energy (SACOME).

SACOME has been in existence for over 35 years and represents the interests of approximately 300 members. All mineral and petroleum producers, in addition to a large contingent of explorers in South Australia make up their members and the organisation is strongly focussed on fulfilling their needs. SACOME counts amongst its members, service providers to the mineral and petroleum producers, as these firms are integral to the success of the resources sector in South Australia. 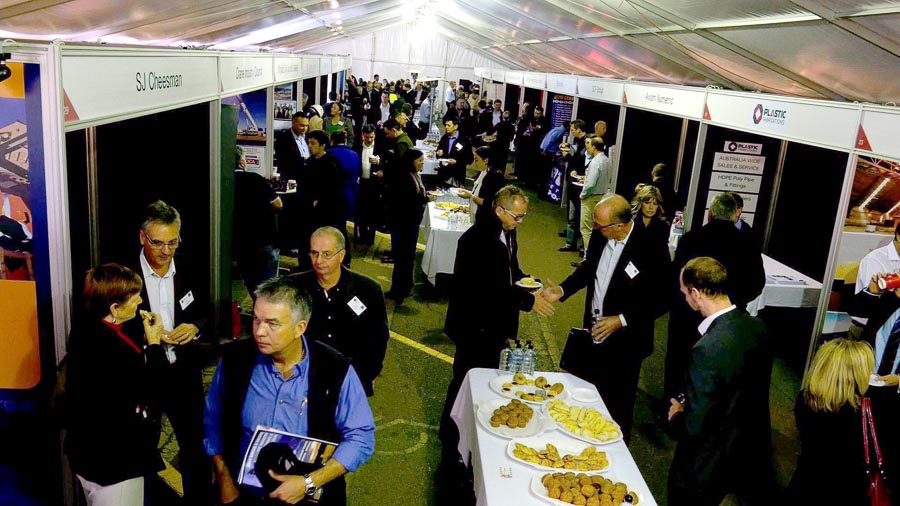 Jason Kuchel, chief executive of SACOME says, “That being successful for our members breeds more success for us. So it is about doing the best job that we possibly can for our members by providing them the services that they are after and we find that tends to bring in more members. Although the resources sector is globally flat at the present time we find that we are still attracting members.”

One of most crucial roles played by the Chamber is to provide its members with a common voice that can represent their interests before governmental authorities. SACOME furnishes inputs to policy making bodies so that legislation and the rules governing the mines and energy sector are framed in such a way that maximum benefit accrues to the community and the country. 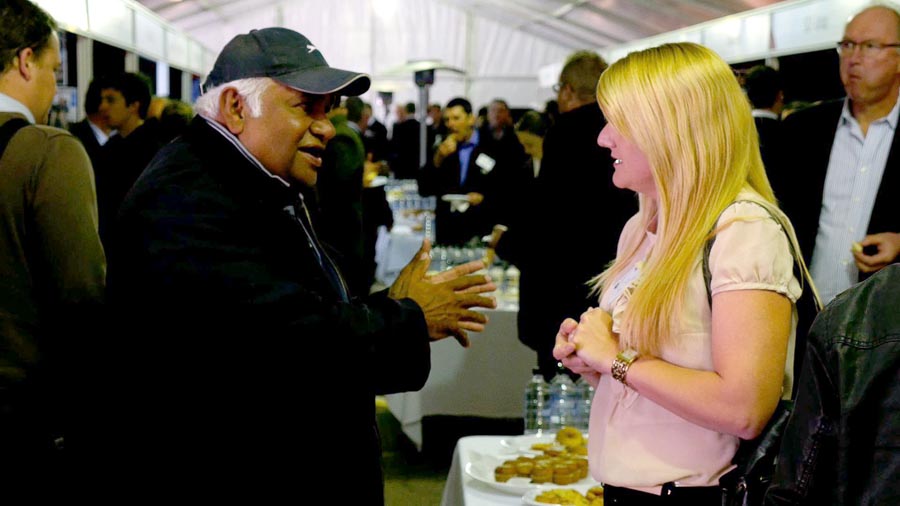 SACOME also coordinates closely with media to ensure that the message gets across regarding the critical role played by the sector in the state’s and the country’s economy. Additionally, interaction with media serves to counter any undue negativity or propaganda which may arise from various sources.

The Chamber is governed by a council which oversees activities relating to organisational priorities and policy direction. A number of committees have been set up which look into specific areas requiring attention. In this manner SACOME ensures that an overview of the issues which affect mines and the energy sector in the state is maintained, while focussed attention can be paid to areas needing immediate action.

A number of proactive initiatives, events and programs which address topics of interest in the sector, share information, and encourage diversity in the sector are regularly organised.
A pioneering committee of the Chamber is Women in Resources South Australia (WinRSA). This committee seeks to increase the participation and leadership of women within the resources sector in South Australia. WinRSA runs events and initiatives with the goal of increasing gender diversity in the resources sector.

SACOME expends a great amount of its energy on the issue of infrastructure. It is of the firm belief that unless adequate infrastructure facilities are provided, the South Australian mining and petroleum industries will not meet their full potential.

In June 2014, the South Australian Minister for Transport and Infrastructure released the South Australian Regional Mining and Infrastructure Plan (RMIP). As outlined in this plan, the government estimates that mining sector production is likely to rise from an average of 15 million tonnes from 2013-2017 to an average of 95 million tonnes between 2023-2032.

It is an acknowledged fact that the existing infrastructure is insufficient to meet the requirements that this increase in capacity will create. This is especially true for high volume commodities like iron ore. In an effort to address this issue, the RMIP set up a Resources Infrastructure Taskforce. SACOME is closely monitoring developments and is lobbying the government to ensure real progress is made.

The Chamber has consulted with its members and has prioritized several projects for close attention. Amongst these are a cape-size port for bulk commodity export in the Spencer Gulf to serve the region’s emerging iron ore industry and the upgradation to a 275kV transmission line along the Eastern flank of the Eyre Peninsula. The third project which it considers to be of great importance is the sealing of the Strzelecki track to access the Cooper Basin.
Speaking about the potential of South Australia in the mining and mineral sectors, Jason Kuchel says, “The South Australian policy index always scores very well compared to other jurisdictions around the globe. That is one of the reasons companies are interested in investing here.

“We have lots of undiscovered potential because of the cover that much of our minerals is under. Unlike a resource rich state like Western Australia, where people stumble across large ore deposits, we have them here in abundance but they are a little deeper. That’s actually a good thing because it means much success is yet to be had in South Australia.

“South Australia historically was the largest supplier of copper to the globe and considering the copper deposits that we still have, we are under performing. Our copper export potential in South Australia is two to three times the current levels within the next 15 years.

“We have a great range of commodities in South Australia which is very good for our economy and I think it is good for investors too. You might be looking for one particular commodity and maybe you are not successful in finding that, but so often people are successful in finding something because we are quite resource rich.”

In the recent past a number of new mining projects have taken off in the state. Valence has recently opened a graphite mine and Havilah has started up a small gold mine at Broken Hill. There are also several large projects at the approval stage such as the Rex Minerals Hillside project.
Various other companies are in the process of initiating large iron ore projects and petroleum projects, both onshore and off-shore. Several firms have evinced interest in opening up new copper mines and the state has seen an increased interest in uranium exploration.
An extremely successful initiative of the state government has been the Plan for Accelerating Exploration (PACE) which was launched in 2004 and since been renewed and expanded to its current form of PACE 2020. The program, which has the support of SACOME, aims to advance resource exploration and mining in the state. Since its introduction, the amount spent on exploration for minerals has increased from $20-30 million to in excess of $100 million annually, reaching a peak of over $300 million.
SACOME also plays an active part in countering the anti-mining sentiment that is voiced by some activists, which is an important and effective role that has been recognised by the government.

The Chamber facilitates a variety of committees, each of which looks after a specific area and serves as a vehicle for consultation and feedback to prioritize lobbying efforts. One of the foremost committees looks into the area of exploration and serves as a forum to highlight the issues affecting this critical aspect. It identifies policy changes which are required and helps to guide SACOME in making submissions to the government.

The committee handling issues related to petroleum was established in 2013. It has played a crucial role in identifying and addressing priority issues, maintaining awareness amongst decision makers of industry actions and identifying the areas where regulatory changes are required.

South Australia is extremely rich in minerals with 25% of the world’s known recoverable uranium reserves and 80% of Australia’s. It has the world’s largest uranium deposit, and Australia’s largest underground mine – Olympic Dam – is the world’s fourth largest remaining copper deposit and fifth largest gold deposit. The state also has a host of other proven resources.

With these tremendous resources available, the state has been successful in framing policies which encourage companies to invest, thereby boosting the economy and creating employment opportunities. SACOME has played an important role in this process by serving to provide a forum for industry players to put forward their views to the government and by lobbying to get the required changes made.

SACOME’s 60 industry members form the core of the mining, energy and exploration businesses in the state. Over the last 35 years they have derived significant benefits from this membership.

Jason Kuchel says, “One of the things that has the most significant potential to accelerate projects is to get adequate infrastructure in place. To do that we actually need to have some government buy-in. It does not mean government funding, but it does mean government involvement by using its balance sheet in some shape or form to de-risk some of the private infrastructure projects that are needed to accelerate a range of resources projects.”