The Sweet Spot of New Zealand

Waitaki District is a scenic tourist destination in the South Island of New Zealand that features beautiful scenery, fascinating native wildlife, a range of outdoor and adventure pursuits, and rich historical attractions, all complemented by modern innovation and a welcoming atmosphere. Founded in 1996, Tourism Waitaki works under the Waitaki District Council as a Council Controlled Organisation (CCO) providing regional tourism services to attract visitors to the area and promote what an amazing travel experience the district can offer.

General Manager at Tourism Waitaki, Margaret Munro is happy to explain the ins-and-outs of a district filled with such diverse offerings. “We have a solid structure for our business. We have an independent Board to oversee the governance of Tourism Waitaki, and we report to our shareholders quarterly. A statement of intent leads our scope of work under the Waitaki District Council who fund us along with co-funding from central government. We have many projects going on within the organisation, we operate the Oamaru Blue Penguin Colony, we project-lead Destination Management and up until recently ran a Visitor Centre and promotional services for the Alps 2 Ocean Cycle Trail.”

Waitaki’s biggest community sponsored project is having the district become a UNESCO accredited Global Geopark. The Waitaki Whitestone Aspiring Geopark is led by a Trust whose purpose is to tell the stories of the land and its people. The Geopark covers the whole Waitaki District, which showcases the geological evolution of the 8th continent, Zealandia and 43 Geosites. The Waitaki Whitestone Geopark Trust works closely with the local tangata whenua, Rūnaka o Moeraki, to share the Māori heritage of the area which long precedes that of the colonialist generations. 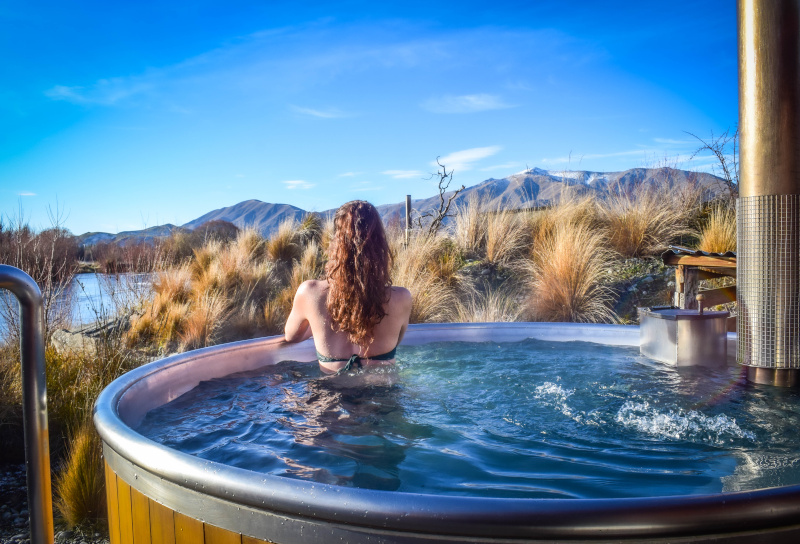 Munro continues, “The Trust has a co-ordinator and  Geo-educator whose key areas of focus are education, science, culture, and preservation of the heritage and geology of the Waitaki District. The Assessment of the Geopark by UNESCO had to be put on hold due to COVID-19 last year. Once accredited, it will be the first Geopark in New Zealand, and the only one in the Oceania Region, which is a huge milestone.”

Waitaki District stretches from Lake Ohau, on the East side of the Southern Alps, to the Pacific Ocean down the Waitaki River, and South along the Eastern coast in an ‘L’ shape. It is the only district in South Island that lies across two Regional Council boundaries: Otago and Canterbury. Thanks to its unique shape and location, Waitaki tells a story of the land through 80 million years of Earth’s geological time scale, Munro explains. “Waitaki shows how our region was formed; originally it was part of the ancient continent of Gondwana. The Tasman Sea opened up creating a shallow sea. Volcanos erupted and the shallow sea, lifted through tectonic movement, rose, fell, and then finally pushed back up before being subjected to the creation of the Southern Alps as the Pacific plate started pushing past the Australian plate. That was 5 million years ago. It’s quite special that you can actually see that evolution captured in the landscape here.”

The Waitaki District has something to suit every traveller. Inland, Waitaki is home to approximately one third of the length of the Waitaki River, a system that hosts New Zealand’s largest hydro scheme. The river, plus the dams and lakes that have been formed from it, attracts huge numbers of local and domestic tourists during the summer season for boating, camping, hiking, fishing, and water skiing. Other famous attractions include the mighty Alps to Ocean Cycle Trail, which stretches 316 kilometres from its start point at Aoraki Mt Cook or in Lake Tekapo in the Mackenzie Basin and can take cyclists up to eight days to complete. There are two ski areas in the district, the Ohau Snow Fields and the club field of Awakino, which has remained largely unchanged since its founding in the 1940’s. Both serve as popular locations for winter recreation. The largest settlement inland is Omarama, which is known as the ‘gliding capital’ of New Zealand. It hosts the Omarama Hot Tubs and the popular Geosite known as Clay Cliffs.

Tourism throughout the Waitaki District is full of history, Munro explains. “Moving down the Valley to Kurow, we have an emerging boutique wine area known for its Pinot Noir, and the Waitaki Dam, which is the oldest concrete dam in the country and was handmade by pick and shovel. The next stop would be Duntroon, which has many historic areas of interest such as the Blacksmiths shop, two Māori Rock art sites, and the Vanished World Centre, which is the geological museum of the Geopark. Here you can discover your own fossil in the dig room and view the significant collection of larger fossils that have been found in the limestone on nearby farms. There are prehistoric mammals such as shark-toothed dolphins and early baleen whales, alongside ancient turtles, and a giant penguin. It’s interesting to see and touch the life that was abundant 25 million years ago and is now being discovered just beneath our feet.”

Waitaki has a significant coastal region that houses seaside settlements of Kakanui, with surfing, kai moana and long sandy beach. Further South is Moeraki and its famous boulders, Te Kaihinaki (Geosite), the home of tangata whenua, and Kātiki Point with its lighthouse, penguin hospital and Māori Pa site. Before reaching Palmerston, which is the gateway to Central Otago and showcases goldfields with ancient volcanos, comes the Kātiki strait and 5 kilometres of sandy beach. That beach ends with another rocky headland known as Shag Point, Matakaea, where the only dinosaur fossil in the district was found; a 7-metre Plesiosaur. It is also home to a historic coal mine and scores of wildlife including seals and many birds. 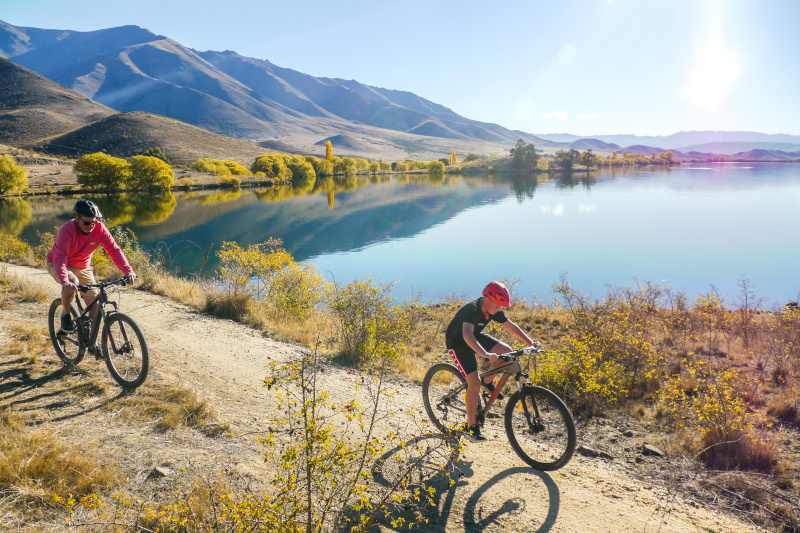 Oamaru township is the largest settlement in Waitaki. The service settlement for the entire district during the late 1800’s, when grain and meat where primary industries, Oamaru is now also known as the Steampunk capital of New Zealand. Born out of the colonial heritage, it has the largest collection of Victorian heritage buildings, all built from Oamaru limestone. Munro elaborates, “The reason why this town has such a huge collection of limestone buildings is because when the area was settled by Europeans, there were no trees, to construct buildings from. They quickly realised there was a huge amount of limestone under the ground; much of that limestone created the beautiful Victorian buildings we see today. They had stonemasons and Victorian architects design many of the early buildings, so they’re essentially replicas of what you would see in London and Scotland during the same period.”

Efforts to repair and restore buildings that were previously derelict have been spurred by the Oamaru Whitestone Civic Trust, which was formed in the 1980’s. Many historic buildings in the area that are now owned by the Civic Trust have been brought back to their original condition. As a result, they have become a tourist attraction in their own right. Munro shares, “It’s a lovely story, really, about how the town was constructed using what formed naturally under the ground millions of years ago. And the Geopark is the perfect platform to bring that story back to life, so that people can see the built heritage and geological journey that Waitaki has taken.”

The team at Tourism Waitaki has worked tirelessly in the wake of the COVID-19 pandemic to restore visitor numbers for the district. While Waitaki sports its own balanced economy, the New Zealand shut down of international tourism during lockdown did have an effect. Following lockdown, however, Munro reports that Tourism Waitaki is stronger than ever. “Things basically bottomed out for us for three or four months, until we started to see an increase in domestic tourism. We took that and ran with it, investing heavily into promoting the Waitaki district to all parts of the Country, and since then we have essentially become one of the good-news stories in tourism trends; we have actually been stronger in domestic visitors since COVID. That is a wonderful testament to the investment made into marketing and the number of New Zealanders that have made the effort to go and see what’s in their backyard.”

Tourism Waitaki are blessed to showcase a region as diverse and inclusive as Waitaki District. Looking to the future, they plan to continue rallying for the successful accreditation of the Geopark by UNESCO and are excited to support regenerative, environmentally sustainable solutions for tourism, events, and other industries such as farming, business, and manufacturing throughout the region.

What: Popular destination featuring a range of culture and heritage, adventure, wildlife, geological, and events opportunities.

Where: Waitaki district is located within the province of Otago, in New Zealand’s South Island.

Riverstone Kitchen is an award-winning restaurant nestled in the spectacular Waitaki Valley countryside, just north of Oamaru.  Bevan Smith opened Riverstone Kitchen in 2006 and is now, one of the country’s most recognised chefs.  He has gained a reputation for delicious food, simply prepared from local, seasonal ingredients.