Universal Constructions: Building for the Future

Universal Constructions is a reputed and established construction company in Western Australia. It was set up by Mac Mitchell in 1952, and for the last 63 years the company has been executing general industrial and commercial construction projects.

The company made its start by building houses, service stations, cold stores and abattoirs in Western Australia. Although the number of projects was initially small, it earned a reputation as a reliable and efficient building contractor. 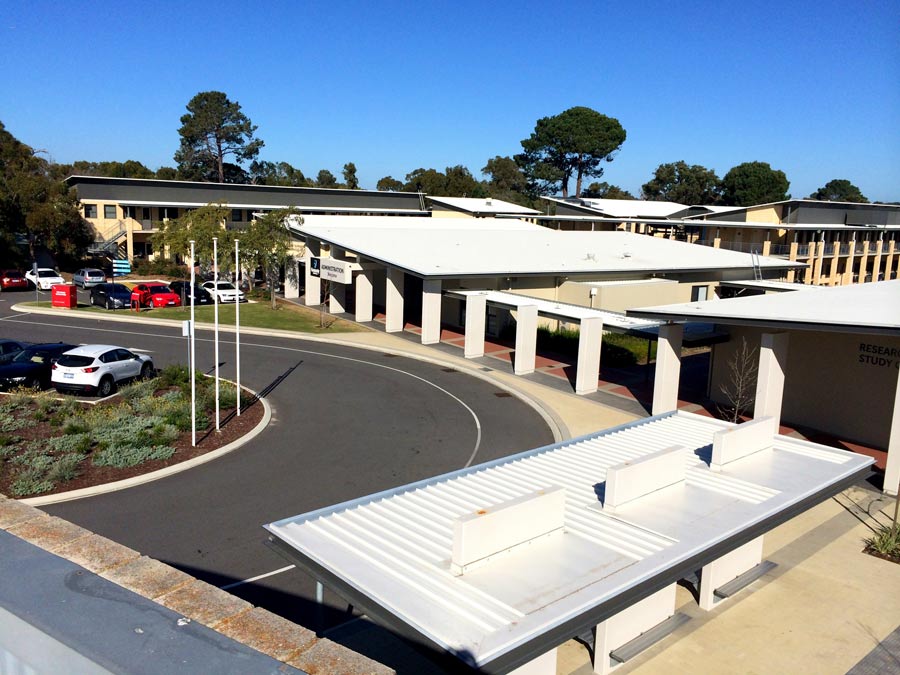 In 1963, John Mitchell joined his father’s construction company and is currently the sole owner and working Managing Director.

Soon Universal Constructions expanded its range of activities and started taking up building contracts in many sectors. The company also increased its geographic coverage and expanded into the Northern territory, South Australia and also into other parts of Western Australia.

Over the years, the company has built a reputation for excellence, and its services are in great demand, as it always delivers excellent quality. It has completed projects in a wide variety of sectors, and has developed an expertise in building aged care facilities, accommodation for students, council and civic buildings, sporting and recreational facilities, educational projects, office developments, hospitals, medical facilities and civil engineering.

A large portion of the Universal Constructions’ projects are for the state government. Speaking about the company’s involvement in this sector, John Mitchell says, “Sixty percent of our work is with the state government in Western Australia. All the projects that we have done over the last 40 or 50 years have been on time and within the budget”.

“Our customers come back to us because we meet our commitments. Completion on time is very important, especially when you are finishing schools. The children have to be in by a certain date and we must make sure that the projects are finished for them to start the new school year.”

Universal Constructions has also completed a number of unique projects. Notable amongst these are a Biodiversity Science Centre, the Pinnaroo Crematorium and Chapel complex, Prison and Detention Centre for Juveniles, the East Savannah exhibit at the Perth Zoo and the complete facilities for SAS at Swanbourne Western Australia.

Universal Constructions, which started with a staff of about 6, currently has 19 permanent employees. Many of them have been with the company for over 10 years and have a lot of experience and knowledge in the construction industry.

The company has a culture of ensuring that each employee gains adequate job satisfaction in addition to monetary rewards. This philosophy has served it well, year after year. Motivated and happy employees have contributed to completing high quality commercial, industrial and residential projects.

Some other projects completed by the company include commercial and office buildings, group housing, municipal complexes, hotels, airport facilities, defence projects for the army and air force, telecom exchanges and libraries.

Universal Constructions has successfully completed a weather station at Scott Reef in the Indian Ocean, and a complete township for the mining community at Paraburdoo.

Each of the company’s executives has been involved as a Principal in the conceptualization, planning, budgeting and execution of a number of major government and private projects. This has resulted in Universal Constructions developing a pool of extremely talented employees.

To ensure that the work at site is progressing as planned, the company has a system with its construction manager of liaising with each site on a daily basis. If there is an issue that needs to be resolved, he visits the site and finds a suitable solution. This practice has served Universal Constructions well, as it helps to keep the channels of communication between head office and the site open.

Universal Constructions has forged equally strong bonds with its sub-contractors. They are an essential part of the company’s success story. It is essential to know the strength of each sub-contractor and use this knowledge to select the appropriate one for a particular project.

While sub-contractors play an essential role in Universal Constructions’ operations, reliable and high quality suppliers are equally important. Speaking about this aspect of the construction business, John Mitchell says, “In Western Australia we do a lot of buildings with bricks. There are three major suppliers in Western Australia and you have to be make sure there is a close relationship to ensure supplies meet the programmes.”

In addition to having highly experienced and qualified employees Universal Constructions is a member of the Master Builders Association of Western Australia and over the years has won many construction awards, It is currently working to attain AS4801 the Australian Standard for occupational health and safety, and in connection with this, each of the company’s current projects is undergoes a monthly external audit. 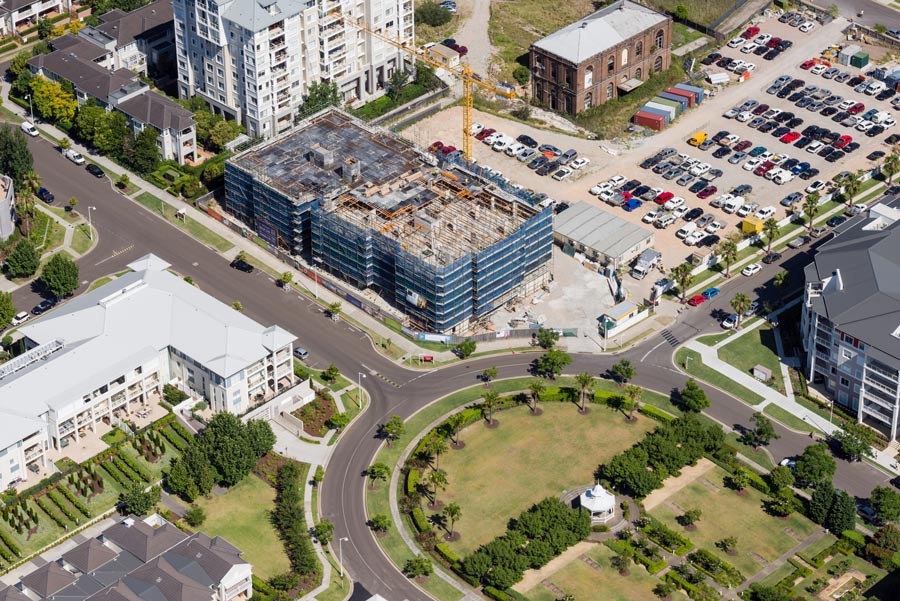 The company strictly adheres to the Western Australia State Code of Practice for the Building Industry. It operates, reviews and maintains its own quality assurance systems and is registered with the state Building Management Authority as a Level 4 Complex Contractor. This qualifies for contracts with the State of Western Australia, up to a value of $40 million.

There are very few companies in Western Australia which have consistently shown such a high level of performance in successfully executing state government and private construction projects. Universal Constructions’ achievements are especially noteworthy, as the company has met the customer’s expectations in every contract that it has taken up.

Universal Constructions is one of the oldest and most well-known building contractor in Western Australia. Its Managing Director, John Mitchell, commands great respect in the construction industry and is a past President of The Master Builders, Western Australia. He is a Registered Building Contractor and his vast experience and knowledge of a wide range of projects has made Universal Constructions a highly sought after company by people who want their projects completed in a flawless and professional manner.

WHAT: Universal Constructions offers a comprehensive service including all aspects of the building construction industry to meet their clients’ requirements. 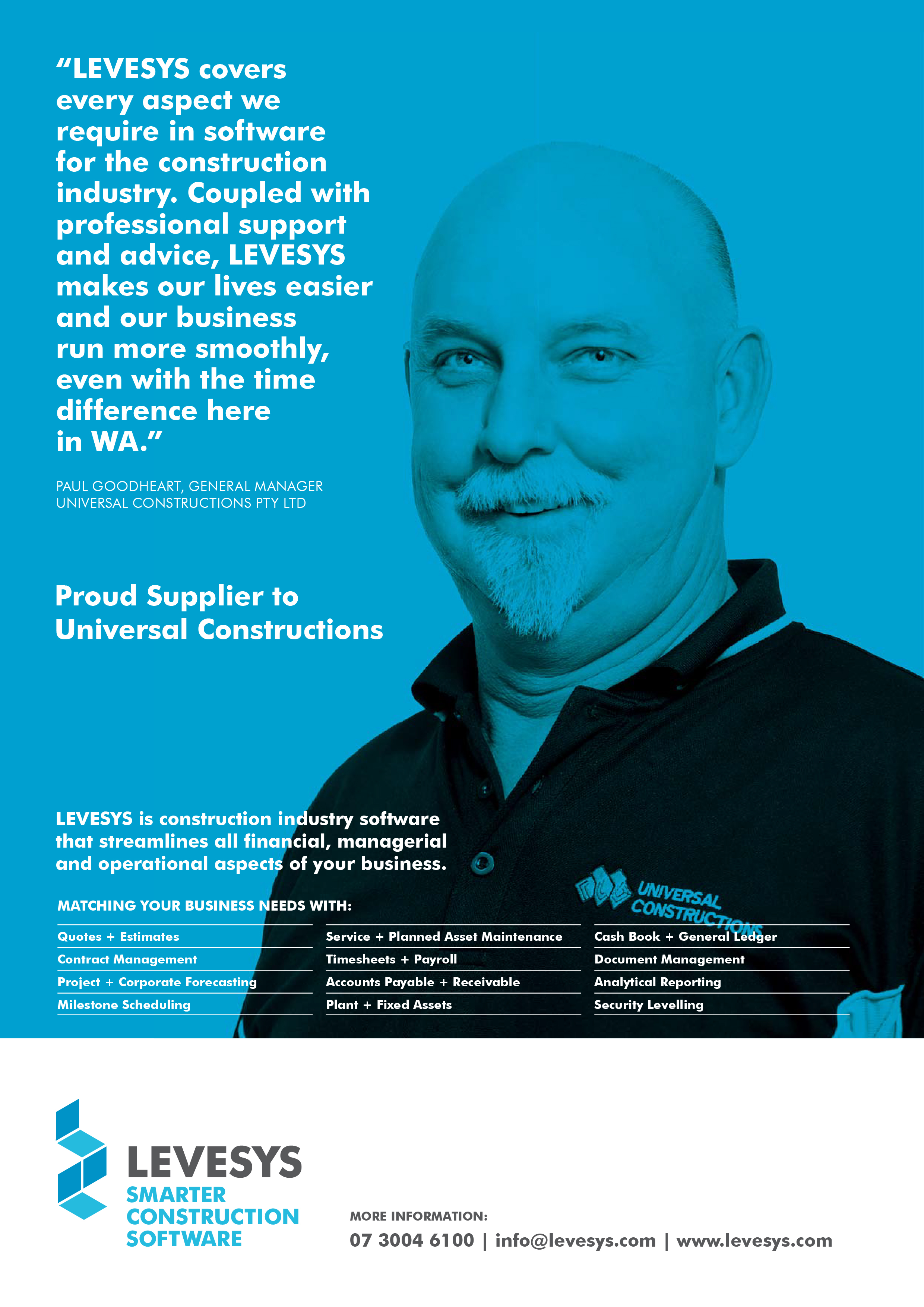 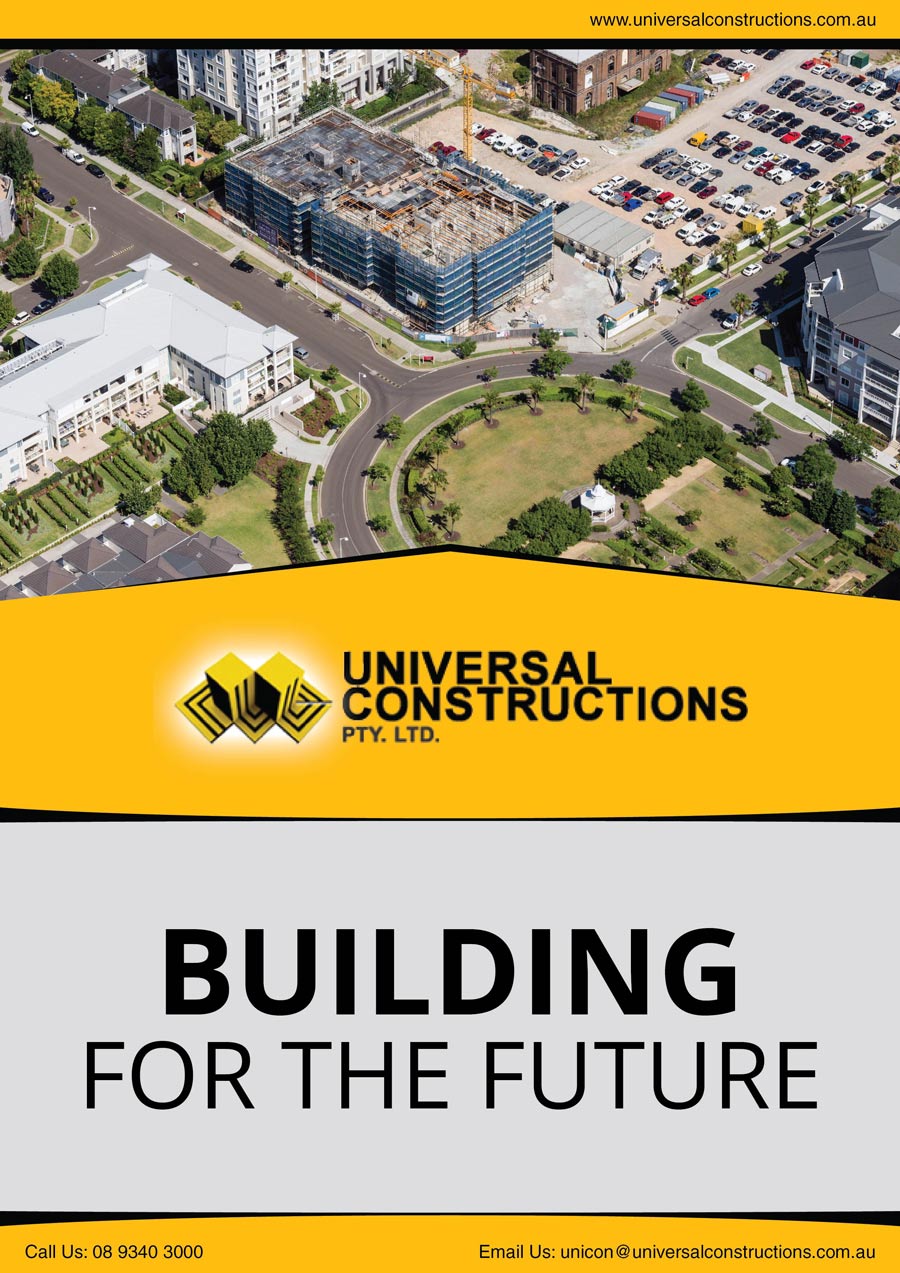