Where everyone is special

Deep in the heart of West Otago, Tapanui, you’ll find a special place where taking care of business means taking care of people, all people, from the very young to the very old. As a community owned general practise and rest home, West Otago Health Ltd. provides wide-ranging services at its Medical Clinic, including family medicine, community nursing, midwife, physiotherapy and podiatry. Plus, outstanding rest home and hospital level care at Ribbonwood Country Home. Boasting spacious private rooms and fantastic rural mountain views, the inviting atmosphere of this country home really sets it apart in the realm of aged care. The fact that is has only 14 beds, affords Ribbonwood residents more personalised time with Registered Nurses and caregivers and gives an overall sense of peace and wellbeing.

Alistair Body, Chairman of the West Otago Health Trust board, admits, “We’re lucky that the site of the old hospital was surrounded by a golf course, so the local golf club, essentially, does the landscape gardening for us. They’ve got 18 holes that completely surround the building. So that helps with maintenance and it was one of the draw cards of the site.” The original cottage hospital was built in the 1930s and sat on the site for a long time on its own. And then in the early 1980s, the community decided there was a need for semi-dependent living options for the elderly in West Otago. The project was driven by the local Masonic Lodge; they fundraised enough money to build two units and the community joined in to build two more. All four were recently renovated and have become part of the Ribbonwood complex. Those residents, including one couple currently living in one of the units, are welcome to join the Ribbonwood residents for lunch every day but basically live on the campus. 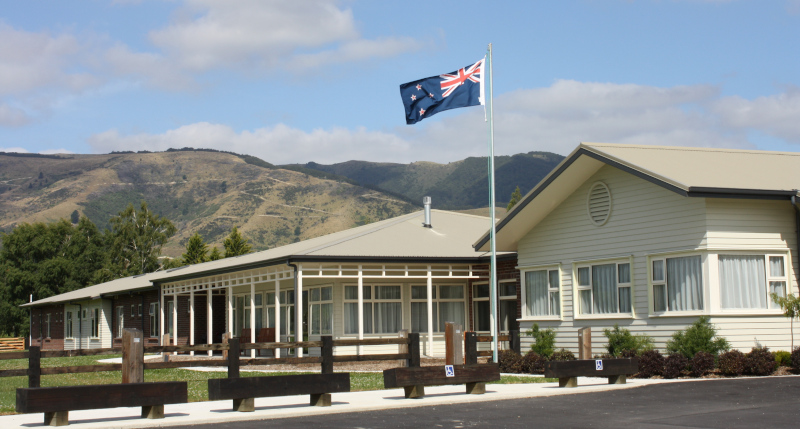 All 14 beds are dual level care, so they’re approved for hospital as well as rest home. Body recounts, “When we designed the building, we didn’t want people to have to change rooms when their needs changed, we wanted their care to change around them and not the other way around. So there is quite a strong philosophy on making sure we do things with this being their house rather than a facility.” Today, West Otago Health Trust owns the land and buildings, as well as a house in town where the doctor lives (trustees are appointed by the local community board which is a function of local government). And the Trust also 100 percent owns West Otago Health Ltd. – that company has a separate board and their job is to run the business.

When the original cottage hospital was closed in the ‘90s, the government gifted the site back to the community and the West Otago Health Trust was formed to take ownership of that land. When the long-serving GP eventually retired, the Trust bought the local medical practise. As time went on, the demand for an option for the elderly to stay in West Otago led to a feasibility study which looked at the concept of an integrated healthcare facility. That became the Medical Centre, and Ribbonwood (the aged care part) and the Community Nursing that is run by the Trust. About 95 percent of the money for the build came from within West Otago.

Body acknowledges, “We’re usually at 100 percent capacity with permanent residents, and while we don’t have a wait list there are people looking for respite care that we can’t cater for at the moment because we don’t have room. I came on the Trust just prior to construction of the building and my biggest regret is that we should have built more rooms.” Fortunately, all the rooms are multi-purpose, so if there is a vacancy and someone needs palliative care, they can come straight in. Karen McHutchon, Manager of West Otago Health, explains, “Often it’s only a two or three week period when someone needs end of life care… it’s nice to have a spare room so if that happens you can admit them and look after them, because often it’s short notice.”

People in the community love to be involved at Ribbonwood. According to McHutchon, “Even now we rely on volunteers and we have a lot of support from them. Every day a volunteer comes in and reads the newspaper to the residents, others provide activities and entertainment, and they supply Meals on Wheels to the community through us, as well.” In total, West Otago Health employs about 30 staff – 20 of those are at Ribbonwood. Being a small town with a population of only about 2300, they are one of the bigger employers in West Otago and the facility has been a draw card for people moving to the community.

Future expansion of the facility is a definite possibility. In fact, it’s already been planned. As Body reports, “The site we’re on is quite large and when we designed the building we got the same architect, Peter Porteous of Oakley Gray Architects in Dunedin, to do a 25-year plan for expansion. When we tendered out the design and build, instead of getting an architect to draw a plan and then tender out the build, we called for Expressions of Interest from syndicates of architects and builders together. We encouraged them to team up and we ended up with four different designs and costings submitted for the building. And it wasn’t for nothing, we paid them $3000 each for their time. From that process, we selected the final architect and builder, which was Oakley Gray and Cooke Bros. Construction, and they were excellent to deal with. The beauty of putting a builder and architect together is they tend to moderate each other.”

Looking ahead, there is also potential for dementia care at the facility. However McHutchon cautions, “Adding dementia care is a bit tricky because of the level of security you need and the gates and doors. It would be great but there is already an abundance of beds in the southern region that aren’t sold for the higher level of dementia care, so the demand isn’t there at the moment. But in the future there is potential for the low level dementia care. In the whole time we’ve been operating, we’ve only had to transfer one person out to another facility for dementia care because their behaviour was too challenging for us. We try to keep them as long as possible, mostly for their whole life, unless they become a danger to themselves or others.” 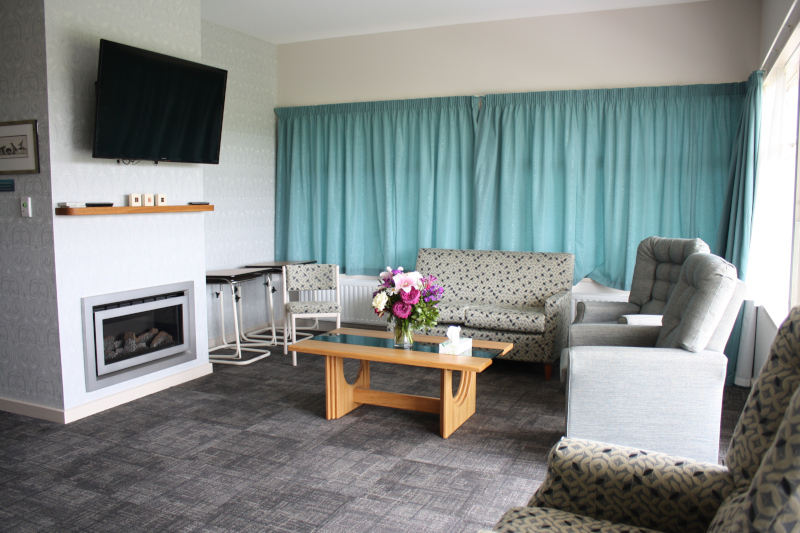 Five days a week, the medical centre hosts a medical practise with a GP and a nurse practitioner. And an after hours clinic is provided by trained nurses and a doctor. The site also has a large triage facility with a helicopter pad, so air retrievals are done from there as well. “For a small community in a rural location, we have a huge amount of top-class facilities,” says McHutchon. “And with an aging population, people are staying in their homes longer and the need for community facilities is just going to increase. In the future, rural communities will take on more services such as skin clinics and respiratory clinics. Why take a four-hour round trip to Dunedin Hospital to see a specialist for 15 minutes, when we can set up a video conference unit here and have the GP sit in on the consultation. It’s also a better understanding for the patient or client about their condition.

“We have a lot of advanced technology onsite, as well as a large triage room that can house another three beds if we were to run clinics. We have a minor surgery room, as well. We already do some but there’s the capacity for that to develop more. The business itself has the Medical Centre, Ribbonwood, and the DHS Community Nursing contract, so we employ a district nurse that works within our facility.”

Anticipating what’s to come, Body suggests, “Five years down the road, more beds for Ribbonwood would be number one on the list. For 14 beds, we’re required to have a staffing level that could quite easily service another six beds without any detriment to the residents we’ve already got. That would improve profitability a lot – only a minor increase in costs and a big increase in income. We’re fortunate to have a stable GP and a good client base, so we’re still small enough that we can offer same day appointments and a high level of care and that’s a real draw card. We don’t want to lose the community feel. The staff here know the people and, especially for end of life care, they know who to ring, they know who the friends are. It’s just a lot more connected and a lot more special.”