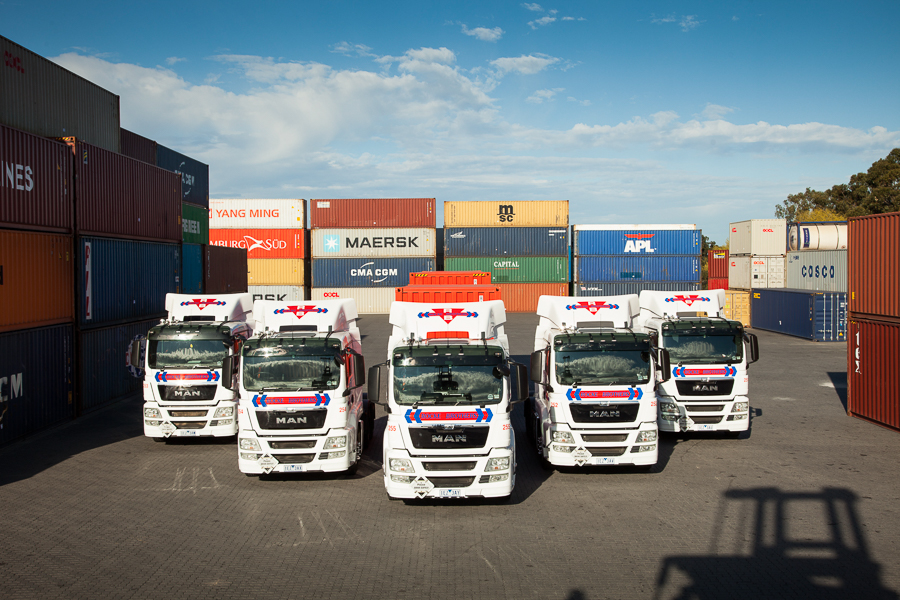 The Rocke family has been associated with the transportation business since 1857 when Martin Rocke saw an opportunity to cart supplies for gold miners. The family tradition continued with the third generation of the family switching from horses to a truck soon after World War I.

World War II saw the business thrive after it was awarded a number of government contracts. The fourth generation of the family, headed by Peter Rocke went on to become the largest waterfront carrier on the eastern seaboard of Australia in the 1980s and early 1990s. 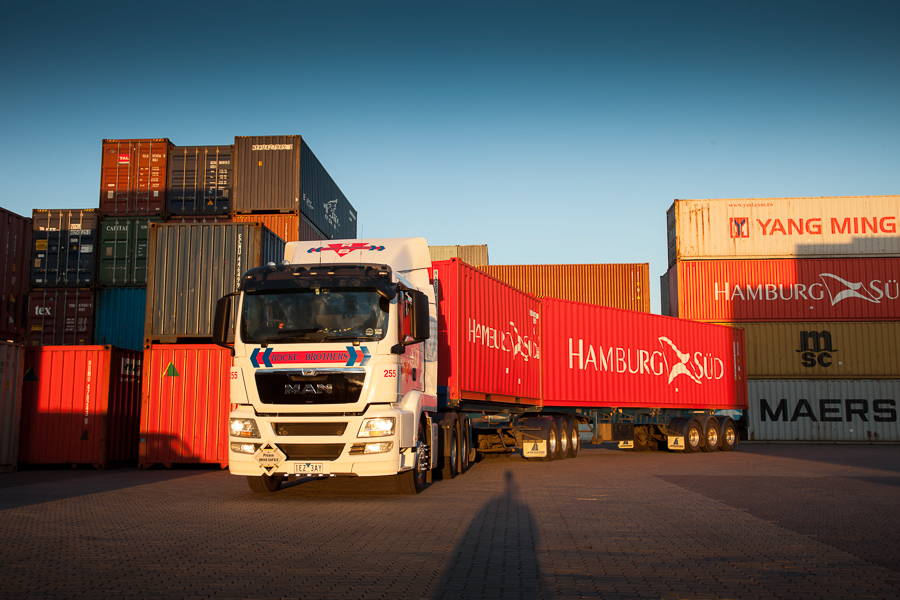 Peter’s sons, Michael, Matthew and Paul decided to branch out on their own and in 2003 started Rocke Brothers, a company that specialises in waterfront transport and associated services.

The fifth generation of the family represented by the three brothers, Michael, Matthew and Paul were honoured at the 2013 Australian Freight Industry Awards with the Personality of the Year Award for the strong contributions that they have made to the transport industry.

Rocke Brothers has two depots, one in Brooklyn and the other in Geelong. It has outgrown its old depot in Lara and will move out of it by the middle of 2016. The depot in Brooklyn is about 10 acres in size with most of the area being hardstand. The company has a total of about 130 employees and it shifts approximately 80,000 containers per year.

It has a large fleet to cater to the requirements of its customers and owns 50 prime movers and 210 trailers in a range of configurations. The availability of different types of trailers allows Rocke Brothers to execute jobs of various specifications. Among the trailers that it owns are 5 ‘A’ Double combinations, a ‘Super B’ Double combination, 25 ‘B’ Double combinations and 12 Sideloaders for placing of containers on the ground at customer’s warehouses. 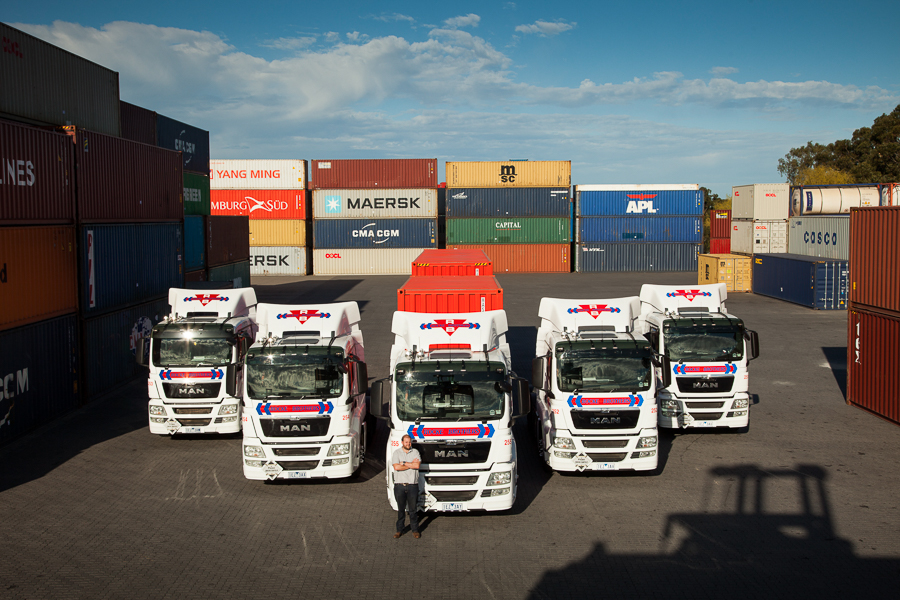 The company also owns a full range of skeletal trailers including tipping, retractable, roll back and low profile. For delivery of unitized cargo, Rocke Brothers owns Tautliners and Flat Bed trailers. In addition to these assets, it has a team of 40 to 50 dedicated subcontractors.

Adrian Booth, Business Development Manager of Rocke Brothers describes the operations, “Currently we are constructing a purpose-built facility in Geelong. It is partially in conjunction with the City of Geelong council. The facility’s size is 10 acres with 50% being dedicated hardstand. The remaining 5 acres gives us room to grow, should the demand require it. We are, and will continue to be the largest carrier in the area.

“We deliver things like timber, grain, beer and cotton, we also work for a number of freight forwarders, some of whom are the biggest in the country. Freight forwarders move everything so we could be carrying various types of goods.

“We now offer quarantine unpacking inspection. We offer fumigation as well. We have three warehouses on the Brooklyn site where we unpack containers for clients’ and redeliver their goods as many customers do not have the capability of unloading a container so we do it for them.”

At the time the decision to shift to Geelong was taken, Rocke Brothers Managing Director, Matt Simmons said, “Rocke Brothers is committed to being part of rebuilding economic enterprise in Geelong and looks forward to being a part of a vibrant enterprise community.”

Over the years, Rocke Brothers has steadily developed its information technology capabilities so that it can provide an enhanced level of service to its clients. This initiative has been spearheaded by the company’s managing director and back in May 2014, all the information stored on the company’s servers was transferred into a new computer system.

The new software package, which went live in August 2014, has worked very well and clients have benefitted from a number of reports that the system is capable of generating. The next phase of systems upgradation includes live container tracking, a facility that will provide clients with complete transparency. 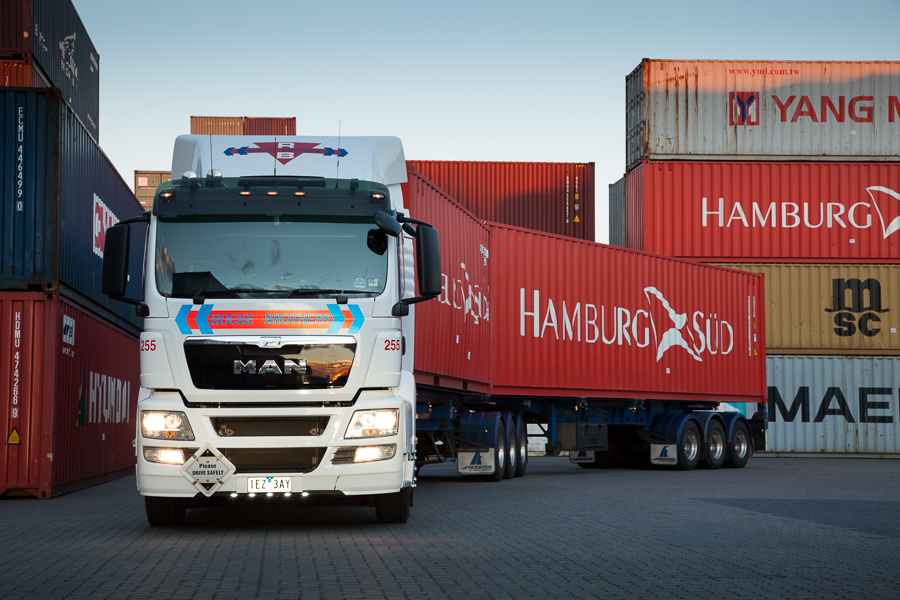 Pick-up and delivery locations will be geo-fenced allowing every container to be date and time-stamped as it passes through the fence. In addition to this, clients will have access to several new report formats that will supply information in real-time.

Adrian Booth explained the company’s approach, “Out IT is supplied by Container Chain who specialise in container transport software. We are trialling live tracking at the moment where the client can log in and just see where their containers are. The system is based on the IPad that is sitting inside the truck.

“The job is sent by the Fleet controller through the IPad and the driver accepts it. At that point, the container number attaches itself to that IPad and this allows the client to track the container rather than them having to send an email enquiring about its location.”

Rocke Brothers’ greatest strength is its customer service capability. It has developed a procedure according to which each of its clients is allotted to a specific customer service representative. This ensures that the customer has a single point of contact when dealing with Rocke Brothers. That one person will always address every issue that the client has.

Customers have found this facility to be extremely useful as it saves them a lot of time and allows them to communicate quickly and efficiently with the company. The customer service person is also the one who invoices out the job once it is complete. It helps the client find answers to its queries quickly and results in a high degree of customer satisfaction.

The appointment of dedicated customer service teams has also helped in another way. Fleet controllers, who earlier used to also reply to customers, now concentrate on their primary task.

Caring for the environment

Recently the EPA conducted tests at a few schools that are at some distance from Rocke Brothers’ premises and found the dust and pollution readings to be quite high. The company worked on a program to completely resurface its yard. This exercise entailed an expenditure of about $3 million.

This measure resulted in the site becoming EPA compliant. Now the amount of dust that emanates from Rocke Brothers’ site is minimal.

Rocke Brothers will seek to open another facility in the Dandenong region, which would result in the company having a triangle of depots. This would allow them to provide even more efficient service to customers.

Adrian Booth speaks about what drives the organisation, “The most important thing for us is the respect that we get from our clients – that is paramount for us. The customer survey that we recently conducted showed the amount of trust that they place in us and how important we are to them.

“We were very gratified with that. We were especially happy that our clients saw us as being far ahead of our competitors. That augurs well for the future and gives us a base to continue to grow. We pride ourselves on our customer service.” 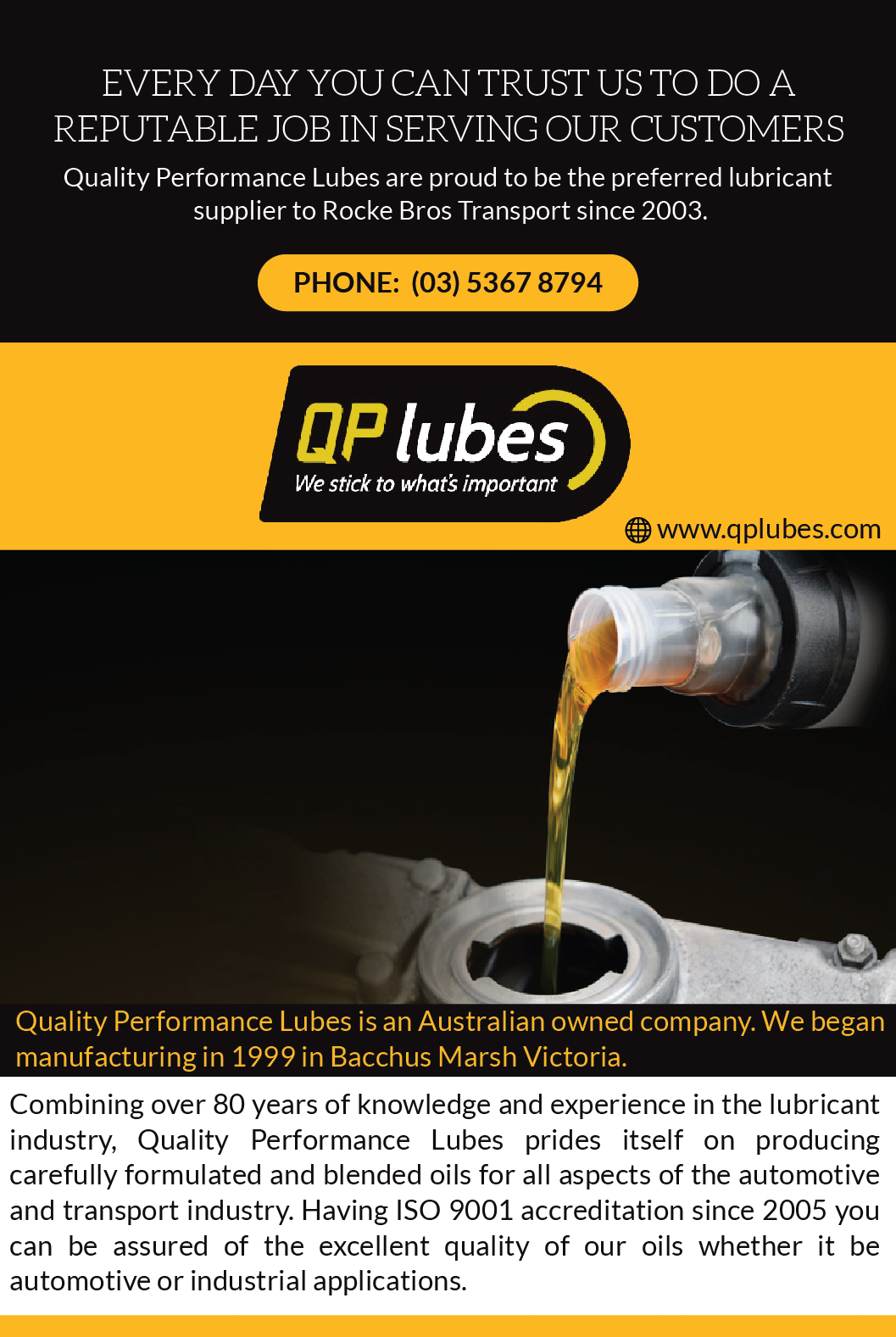 SAF-Holland – A world leader in the manufacturing...

PODS – Thinking inside the Box

Chill – Innovative solutions for a range of... 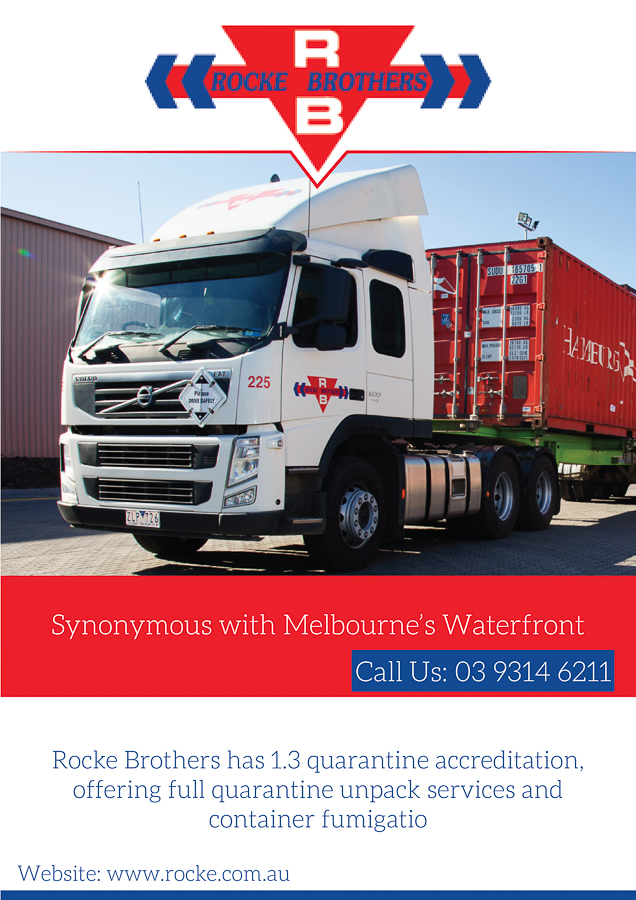