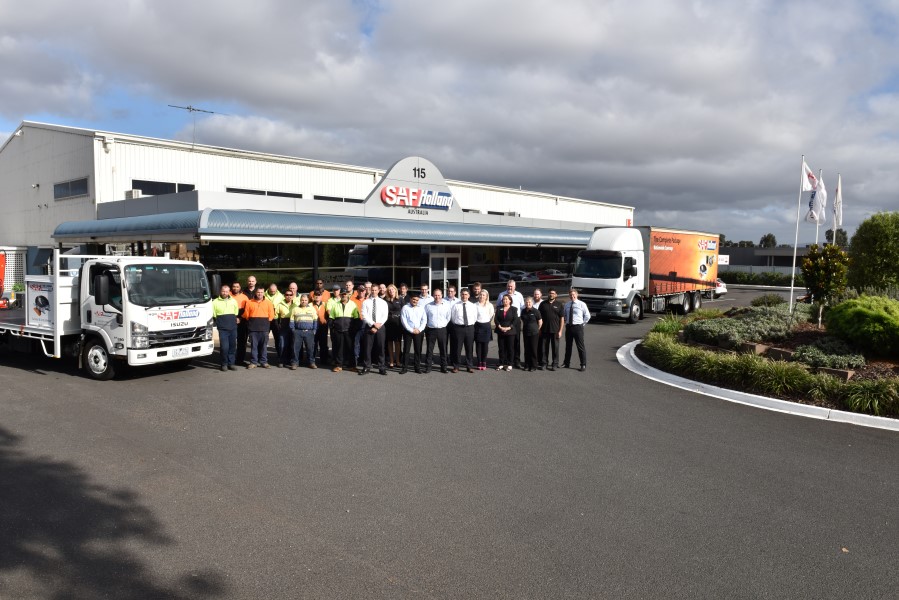 More than a century ago, two people on opposite sides of the Atlantic started on a journey that would end in the creation of a huge business. In 1881, a German blacksmith from Kelilberg called Paul Zill invented a new kind of plough. Soon after realizing the business potential of his invention, he created a company called Otto Sauer Achsenfabik or SAF. As one of the pioneers in the business of manufacturing agricultural equipment, the company grew over the years and also entered the transport industry with the manufacture of axles and suspensions.

A few decades later in 1910, Gerrit Den Besten of South Dakota established the predecessor of the Holland company, the Safety Release Clevis Company. His first invention was a safety release hitch between plough and horse. The ingenious idea would eventually grow into a huge business. Like SAF, Holland was constantly at the leading edge of innovation. As new technologies became available, the transport market grew dramatically. Both companies continued to lead the way until 2006 where the SAF Group and Holland Group merged into a single company. 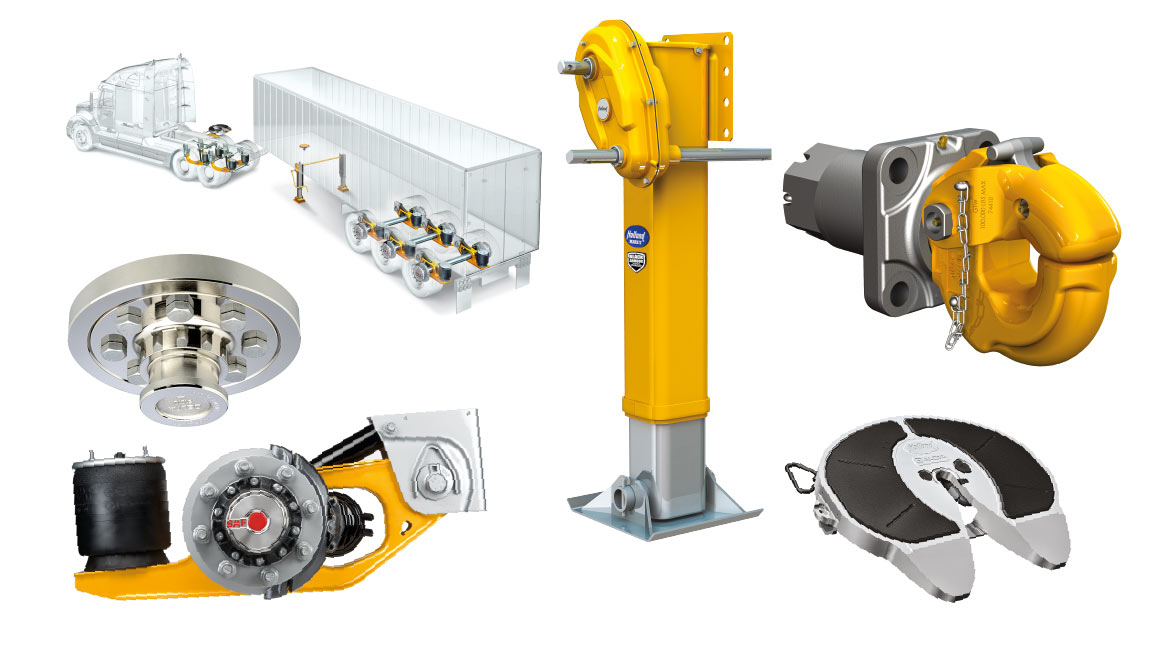 Warren Farrugia, the National Aftermarket Manager for SAF-Holland in Australia, gave us some insight on the company’s history, its methods of operation, and the innovations that have allowed them to stay on top after all those years. According to Warren, one of the most important reasons why the two companies joined forces was so to become the one-stop providers in the transport industry, particularly in trucks and trailers. Careful acquisitions such as the Georg Fischer company and future-oriented investments have now solidified the company as the biggest global supplier of transport equipment. Though the headquarters are located in Luxembourg, the company has a global presence and caters to the markets of nearly every continent.

Delivering customer satisfaction with a vast range of products

Today, SAF-Holland has one of the biggest product ranges in the entire industry. That range includes trailer axle and suspension systems, truck and bus suspensions fifth wheels, kingpins, landing gear, and coupling products. The company sells its products to OEMs worldwide while they also work very closely with individual fleet operators and trucking companies. All products are made in Germany but are tested in all kinds of different conditions depending on the export market. For instance, each axle and suspension system is tested in Australian conditions and customized accordingly before coming to the market.

Meeting customer demands is a top priority for SAF-Holland. As a premium brand, their name is synonymous with flawless performance and quality products. In fact, that is one of the company’s biggest assets. Even though they are not the cheapest brand in the market, customers are always certain that the products they pay for will meet high quality standards. SAF has been operating in the Australian market for over 60 years. As a result, they have one of the biggest footprints in the market largely due to their historical presence and quality control. With several distributors that sell their products nationally, SAF-Holland is well-known throughout Australia and the world for its careful and systematic approach to quality products.

Another aspect that makes the company unique is the fact that they have a lot of different clients that they supply products to. As such, it is vital to gain an understanding of each client in order to ensure that their products can fit specific purposes. Their approach is simple in that regard; asking as many questions as possible yields the biggest benefit. By communicating with the clients on a personal level, they can make sure that each client can remain satisfied. After all, SAF-Holland retains a customer satisfaction level of 100 percent, precisely due to their corporate philosophy. 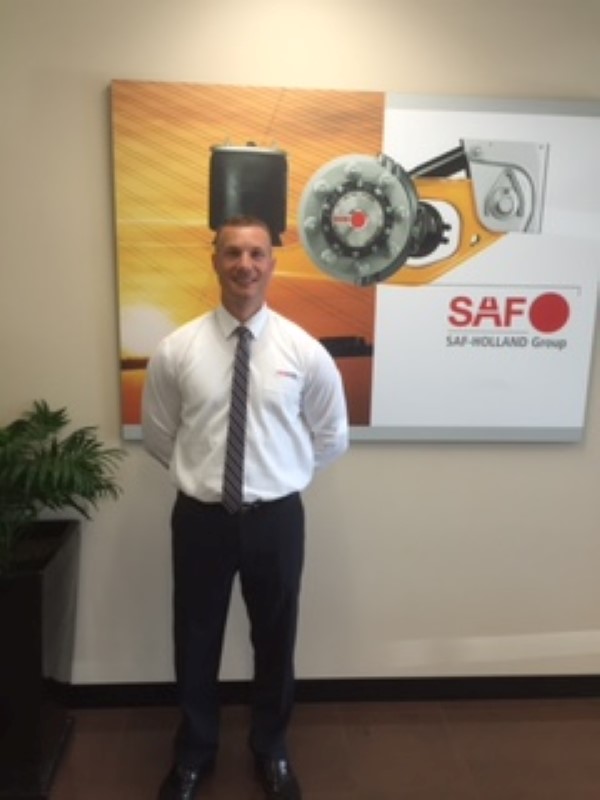 “You absolutely have to listen to your customers. For us, our customers and our staff are the most important. Our staff deal with thousands and thousands of customers each month across different industries and they are all working in different applications. The feedback from our customers is what drives our business”, says Warren.

In order to stay ahead of the competition, the company invests both in the latest technologies, such as high precision robotics equipment, and in its employees. Internal and external staff training is one of the company’s key strengths, according to Warren. As a community-first company, every department shares the same visions, sets of goals, and standards. SAF-Holland’s employees are some of the best that the industry has to offer. As a result, the company always meets customers’ expectations and works more efficiently by meeting deadlines in a consistent manner. 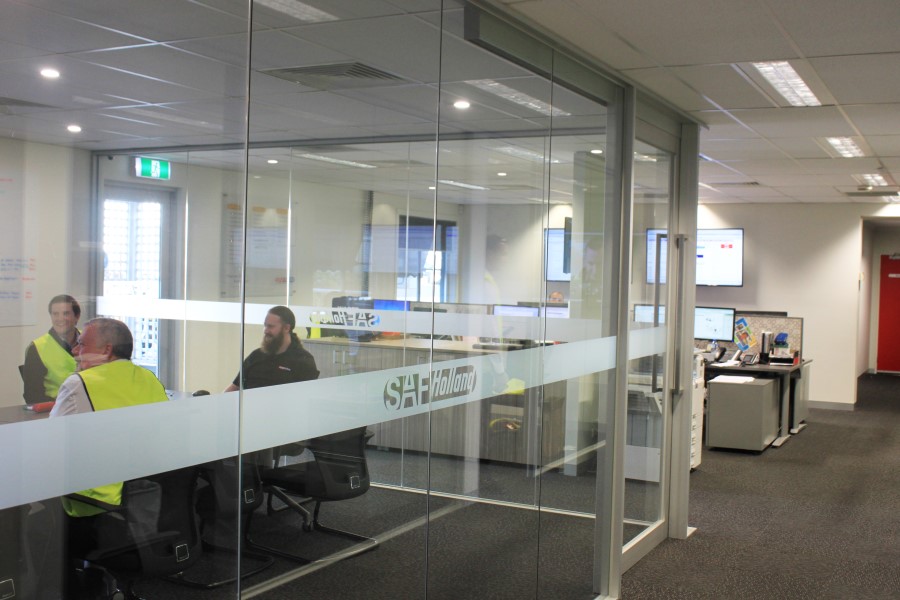 “If you want to have a product of choice, you really need to work closely with your customers and to understand how the different markets operate”, says Warren. Like any other industry, transportation is a market where trends often guide product change and development. Staying on top of these shifts requires vigilance in many departments. Constant research is an essential part of understanding the worldwide and national markets. What is equally important, however, is networking and working closely with customers to better understand exactly what they are looking for in a product.

Warren says that one of the SAF-Holland’s key goals on a national level is to become the number one premium transport supplier in Australia across all of the company’s key supply channels. Doing that will require promote their brand and the breadth of choice that they offer to clients. Furthermore, they will continue to focus on innovation and design to make sure that they always have the edge over competitors. And most important of all, they will strive to manufacture products which are based on the needs of their customers through close interactions and networking.

WHAT: A leading manufacturer in the commercial vehicle market 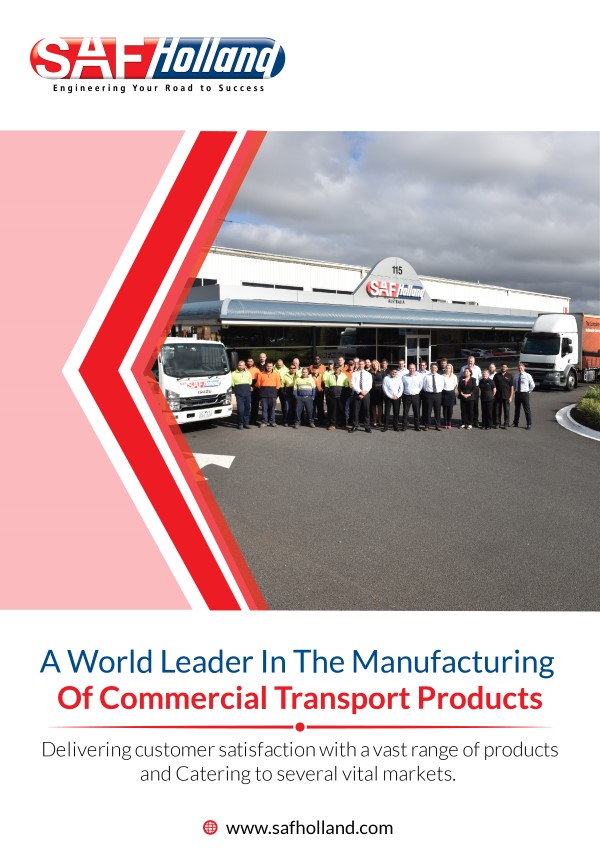