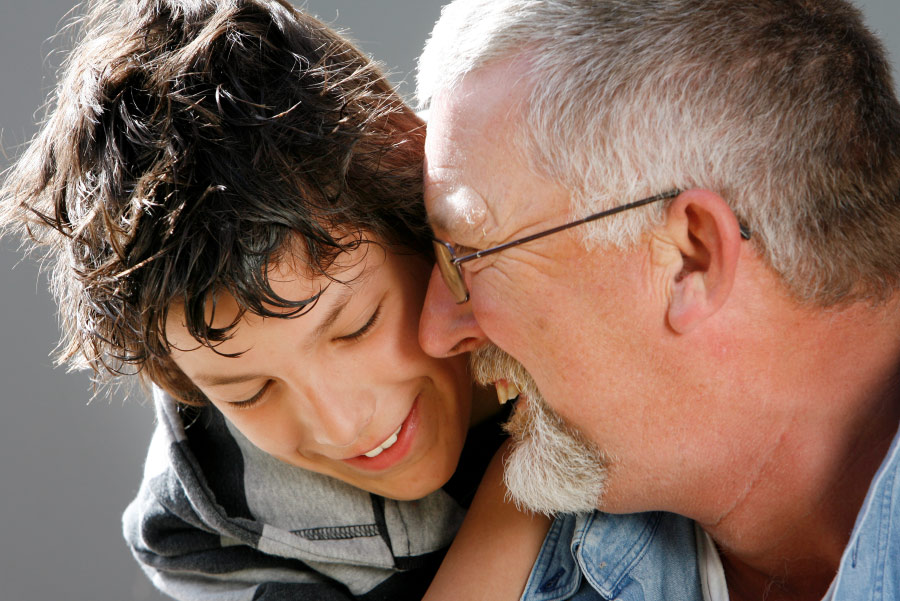 Providing support for those in need is an increasingly essential need. As is the case with many other countries throughout the world, disadvantage in Australia continues to rise. Each year, for instance, 20 percent of Australians will experience some sort of mental illness. In 2010, it was estimated that 12.5 percent of Australians lived below the poverty line. Though solving those issues at their core should be a priority, supporting people in their time of need is also vital. Thankfully, organisations like Connections UnitingCare are there to support their respective communities.

We talked with Angela Forbes, the CEO of Connections, about the organisation’s work, their core values, and what drives them, starting from their deep historical roots. The organisation’s lifeline can be traced back to the 1920s when a group of people who recognised an increasing need for support in the community established the Presbyterian and Methodist Babies’ Homes. During that post WWI period, poverty in Australia was high so the two groups focused particularly on the inner parts of Melbourne were people were in desperate need of help. 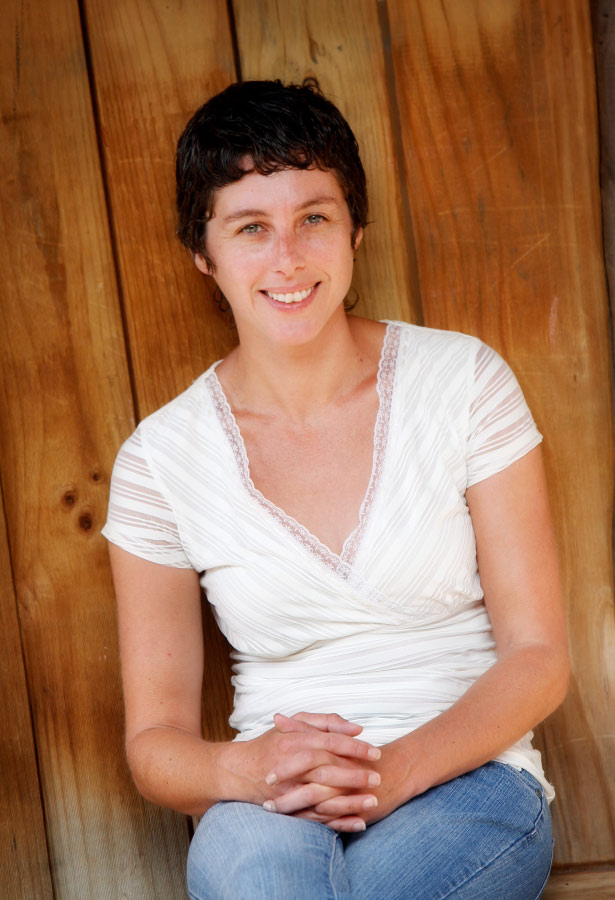 Over time, they realised they could provide even better support for their communities by establishing new methods. As such, they started creating group homes and caring for even more individuals while keeping the focus on vulnerable children and their families. This continued in various iterations until 1998 when Copeland Child and Family Services, who had grown out of the Methodists Babies’ Home, joined with Grassmere Youth Services just like the original groups had. Then, in 2000, they all joined with Canterbury Family Services and Wheelers Hill Family Centre so that they could make more of a difference by coming together and gathering support. Thus, Connections was born.

Since Angela became CEO of Connections in 2006, the organisation has grown tremendously. Their funding, for instance, has grown from $10 million to over $30 million. This, of course, reflects a growing need in the community to help vulnerable families. Angela attributes much of that growth to the core values set out by the organisation since its early days; to be grounded in their purpose and innovative in their work. Connections has an approach of continuous improvement, along with a real commitment to providing quality services to people who need their support. 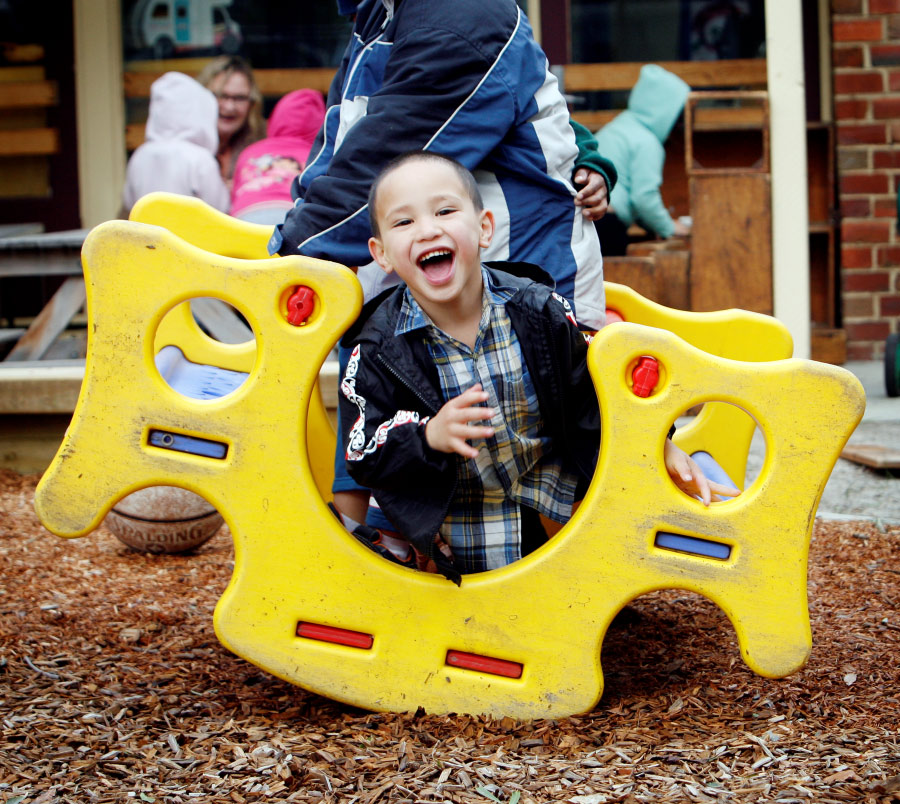 “We have grown because we have always strived to be the best we could”, explains Angela. The organisation takes a holistic approach to continuous improvement and innovative processes. The organisation’s philosophy is applied across the board, from the staff who are involved in client facing roles to their systems and back offices. One of Angela’s core beliefs is that if an organisation can measure their effectiveness, they can provide a much better service. Connections does this in two ways: they receive feedback directly from their clients through various systems they have developed and they use a sophisticated framework called  the ‘Connections Outcomes Framework’ which they use to measure the effectiveness of their work right down to the worker level.

The admirable work of Connections’ staff

The staff are, after all, the most effective tool that Connections has. Angela has huge admiration for everyone who goes out there every day and works with families who are struggling. Though they always affect change, the results are not always visible quickly. Whenever change is happening slowly, it can be a real struggle for both staff and the families. However, Connections supports their staff to make them see even the tiniest things that make a difference so that they can appreciate the work they are doing. Their work is grounded in evidence-based theory, of course, to ensure they are having an actual impact. Breaking the cycle of poverty and aiding people with a variety of complex issues can be difficult but they are an essential part of what the organisation does.

“Our staff may visit a family once per week or once a fortnight, for example, and they do a very thorough assessment. In almost all the families that we work with, there’s some sort of trauma or life circumstance that has got them to where they are. As such, our staff are all trauma-informed in their approaches and they work with families in whatever they need, in a planned way, to help them achieve their goals. They are not our goals; they are primarily the family’s but they are also joint ones. We receive referrals from places like Child Protection, the police, schools, and from families themselves. Often families are aware of what isn’t working but don’t have the capabilities or resources to work around that”, comments Angela. 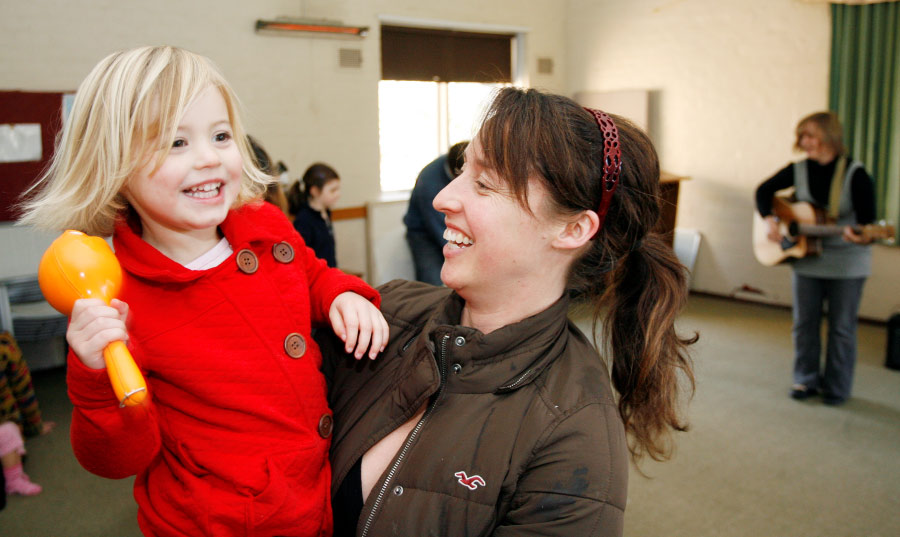 A ‘strong culture of support’

The organisation has a strong culture of support, supervision, and accountability. One of their core values revolves around learning and education from both sides of the coin. Internally, they invest heavily into increasing staff qualifications and skills through thorough training and development programs which are open to all staff in the organisation. Externally, they educate the community on their work and what they can do to improve their lives.

This is also applied to their work with vulnerable families: “The bulk of our work is working in what’s called Integrated Family Services. We work with families wherever they are struggling. For instance, in cases where children are clearly seen to be at risk, the parents may be struggling and not meeting their needs so we go in and work with those parents, their children, and whoever else may be a part of that setting to help them start functioning in a way that is healthy for themselves and their children. Also in a way that their children’s well-being in the future can be improved.”

Looking ahead, Angela sees a bright future for Connections. So far, they have overachieved any growth plans and have remained a strong community organisation with a lot of expertise and influence. Now, they are in the process of a merger which will hopefully reinforce their position even further. More opportunities will be provided to support those most in need. The organisation’s view of making lives better will continue to be an absolute commitment across all levels of the organisation.

WHAT: A non-profit organisation providing support to vulnerable families, children, and young people 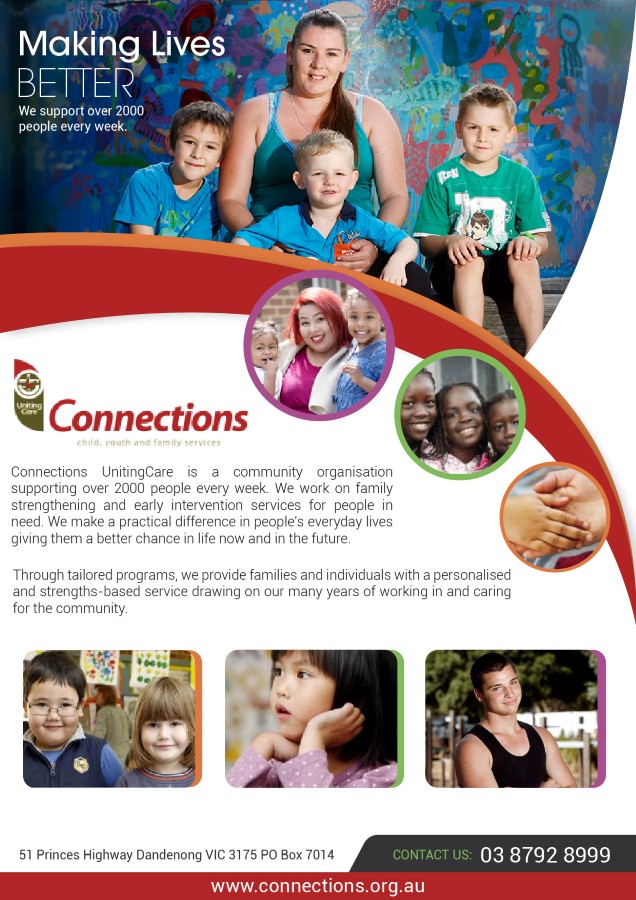