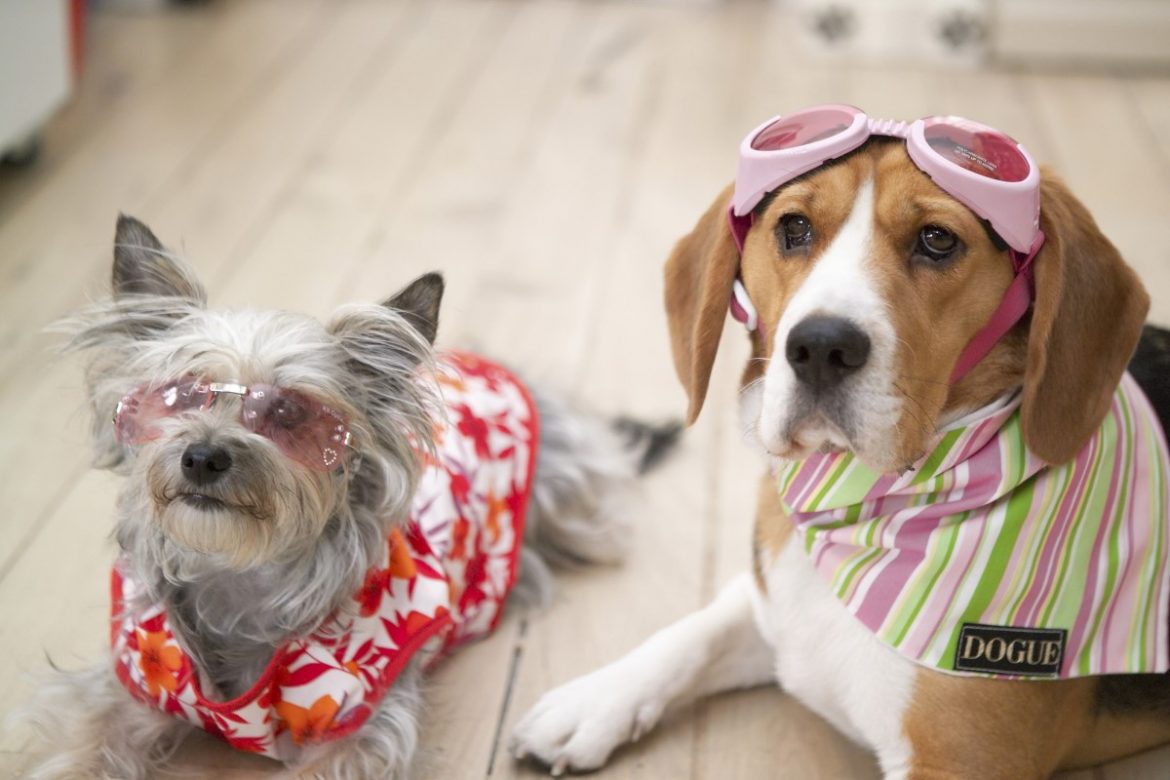 Being fashionable can mean a lot of things but it certainly entails quality products with great designs. To some extent, this definition extends to pet fashion too, a growing business in the industry. In Australia, one of the companies which is promoting the fashion lifestyle for pets is DOGUE, a pet boutique and spa franchise which has more than six locations throughout the country. Outside of Australia, DOGUE is also expanding in Europe where the company has been wholesaling for a number of years.

We spoke with Margaret Hennessy, CEO of DOGUE, who explained how the company came to be, its ideals, its expansion plans, and more. Back in 1998, the company was merely a concept. Simone Kingston, the founder of DOGUE, identified a need for stylish and well-designed products for dogs and decided to open her own store in order to fill a void in the market. A large part of the company’s philosophy was solidified from those early days. Simone wanted to provide unique products that would appeal to every fashionable dog owner, starting with dog jumpers, bowls, beds, collars, and more.

Though the company opened its first store that same year, it focused on retail and exploring product design. In 2005, Margaret came along and took over managing the reigns of the business. Soon, Margaret came across grooming and the world suddenly seemed completely different. After considerable research into the field, they started working with a Japanese firm and the rest, as they say, is history. This single move opened entirely new roads for the company and DOGUE had now found a way to expand into a wider market and a more diverse audience. Instead of being restricted to a fashion store for pets, DOGUE was on its way to become an inclusive one-stop-shop for all your modern pet needs. 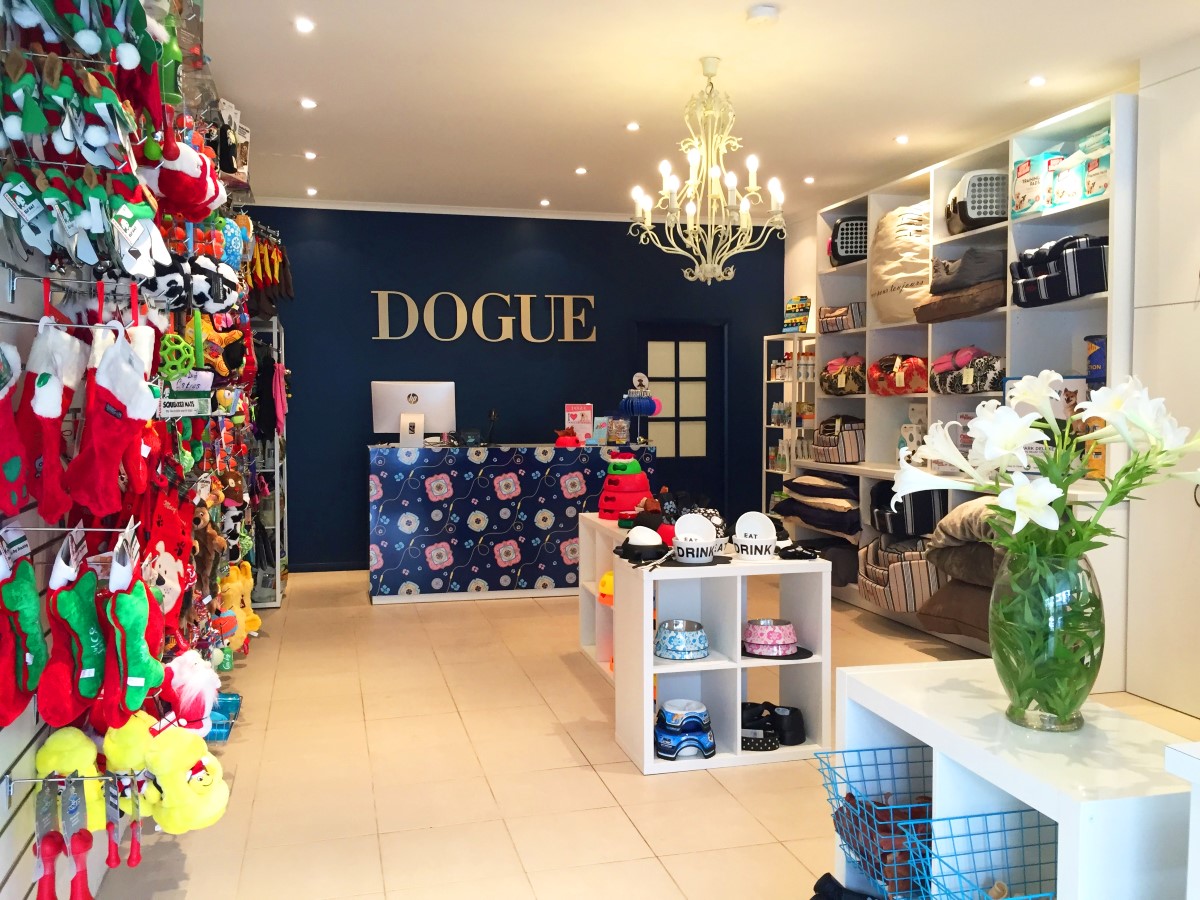 Setting up other stores was the next order of business. Initially, DOGUE started to set up next to professional groomers and developed partnerships in order to go on and add more stores to the lineup. However, Margaret believed that franchising and controlling every aspect of the customer service was vital to the success of this business and so DOGUE started following a new business model. This way, it could incorporate a variety of different services, each of which would be delivered with the same excellent level of quality that the company wanted to be known for.

Caring for dogs on every level

Aside from retail, DOGUE also offers treatments in the Day Spa, Dog Day Care services, and a country retreat as an alternative to kennels. The company believes that dogs should receive the highest level of care and it applies that idea in every part of the business. From grooming to health checks and playtime to walks in the park, DOGUE takes care of dogs in every aspect of their lives. This is especially true for busy dog owners who may need to drop off their pets to DOGUE Day Care or the retreat.

“We set the retreat to be an open but very intimate and safe facility. While we have lots of fencing and security, our guests can interact as much or as little as they like with each other under complete supervision. They have an amazing experience and a great holiday. The retreat is going beautifully and it’s a fantastic part of the business”, comments Margaret.

The retreat is a truly unique space, specifically catered to canine companions and it’s certainly something to be proud of. Aside from the fact that the dogs are free to enjoy the beautiful gardens, exercise, and quiet areas from 7AM to 6PM every day, they also get access to a number of additional activities and facilities. The retreat’s attendants are exercising with the dogs, grooming them, conducting daily health checks, cuddling, and playing with them at all times. As one might expect, being a dog lover is an absolute must for anyone interested in working with DOGUE as every member of the team needs to interact with numerous pets throughout the day.

Operating a franchise is rarely easy but DOGUE has found ways to make the process less challenging. The company is selecting franchisees through a relatively standard recruitment process though there are some unique aspects. First and foremost, all applicants must be comfortable with dogs and this is immediately put to the test. Furthermore, Margaret and her team are strongly involved in the training of each franchisee so that they can feel ready to operate their own store and deal with every single part of a DOGUE Boutique & Spa.

As a small franchise, there are several challenges faced by DOGUE on a daily basis. However, many factors set them apart from other pet stores.

“The skill level of our groomers is very high and that’s paramount to us. How we handle the dogs is very calm and kind. We have extensive training and a grooming school where, from now on, all staff will always be going through more intensive training. Having highly skilled groomers on site is very important. As far as products and equipment goes, you’ve got to have the best dryers, the best clippers. They all have to be well-maintained at all times”, says Margaret.

Creating and maintain a loyal customer base

To set themselves apart from competitors, having high level of customer service and consistency is extremely important. Margaret notes that the big players are quite aggressive. They open an array of stores and attempt to compete on prices all the time. However, DOGUE is not interested in that kind of competition. 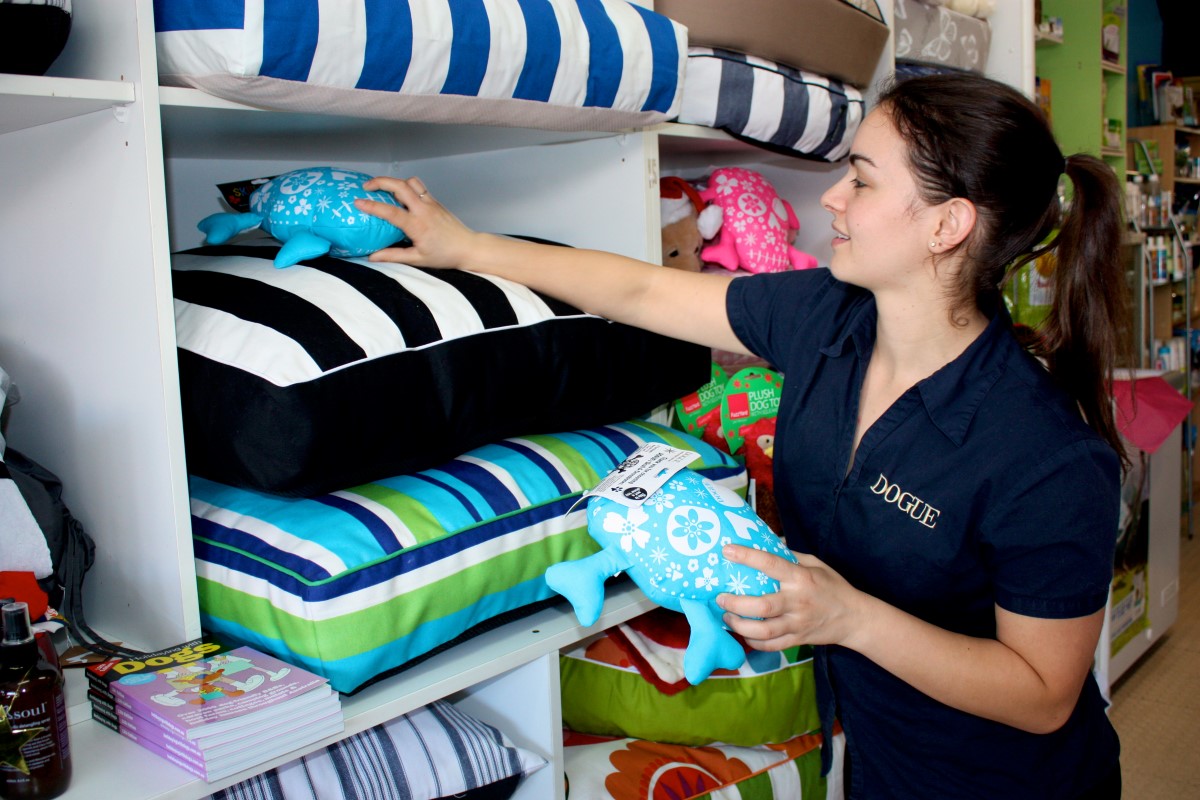 “We don’t compete on price, we compete on quality”, suggests Margaret.

Of course, getting people inside the DOGUE stores is a challenge faced by many other franchises. According to Margaret, the franchise’s marketing is exciting and a key differentiator. They have a strong online presence in social media, particularly in Facebook but also on Instagram, Twitter, and Pinterest. However, local initiatives are just as important. Helping the community is vital to DOGUE and it also allows them to build their brand further.

As for the future, Margaret wants to maintain a steady growth pace which will not compromise the quality of DOGUE as they want to stay boutique. For the next financial year, the franchise is planning to open five more stores. After that, the total number will grow to 40 stores with a mix of corporate and franchise stores. Soon, dog lovers all across Australia will have access to a DOGUE Boutique & Spa and all the benefits that come with it.

WHAT: Franchise operating a number of boutique stores for dog products, grooming, care and a specialized boarding facility. 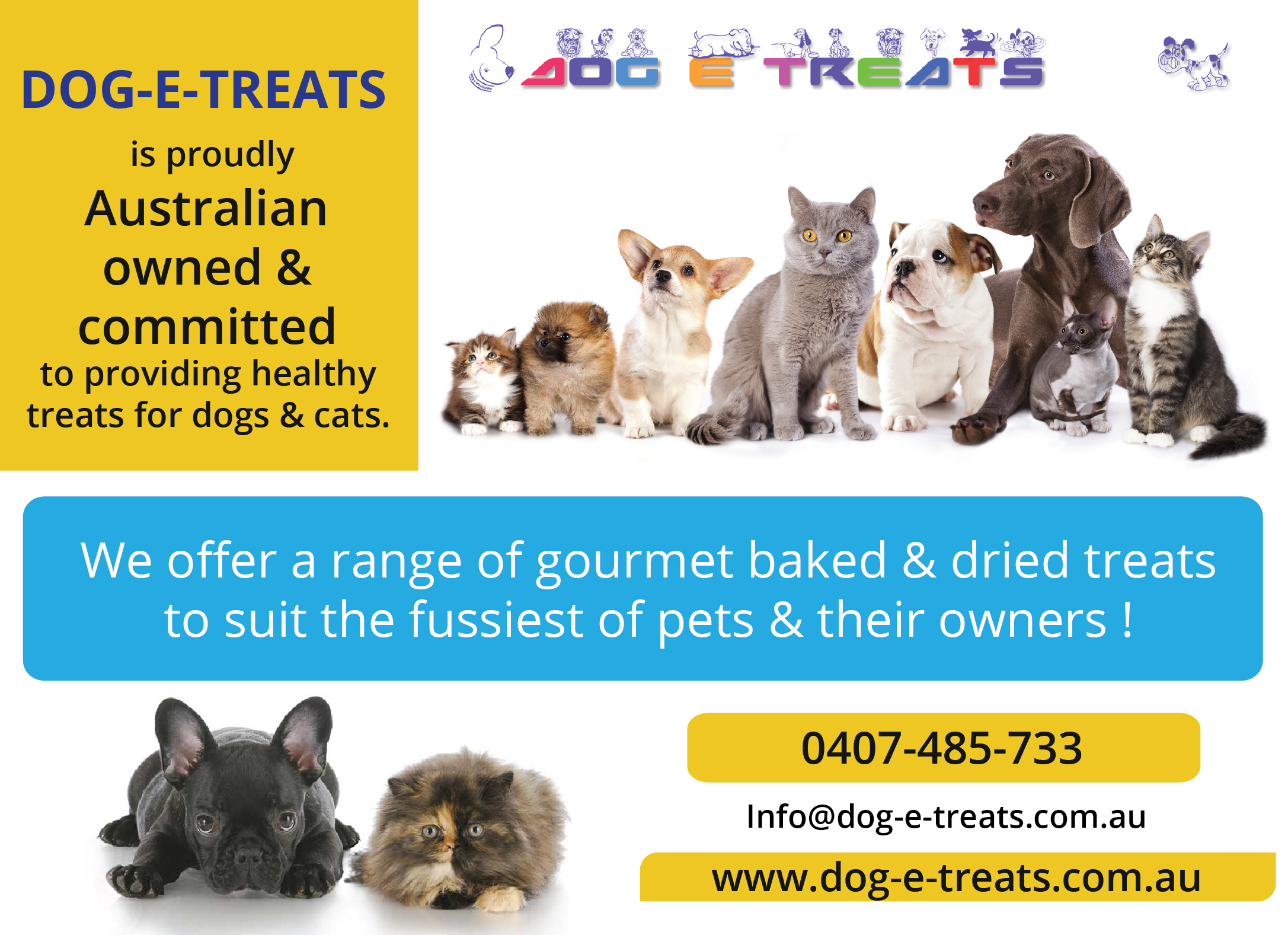 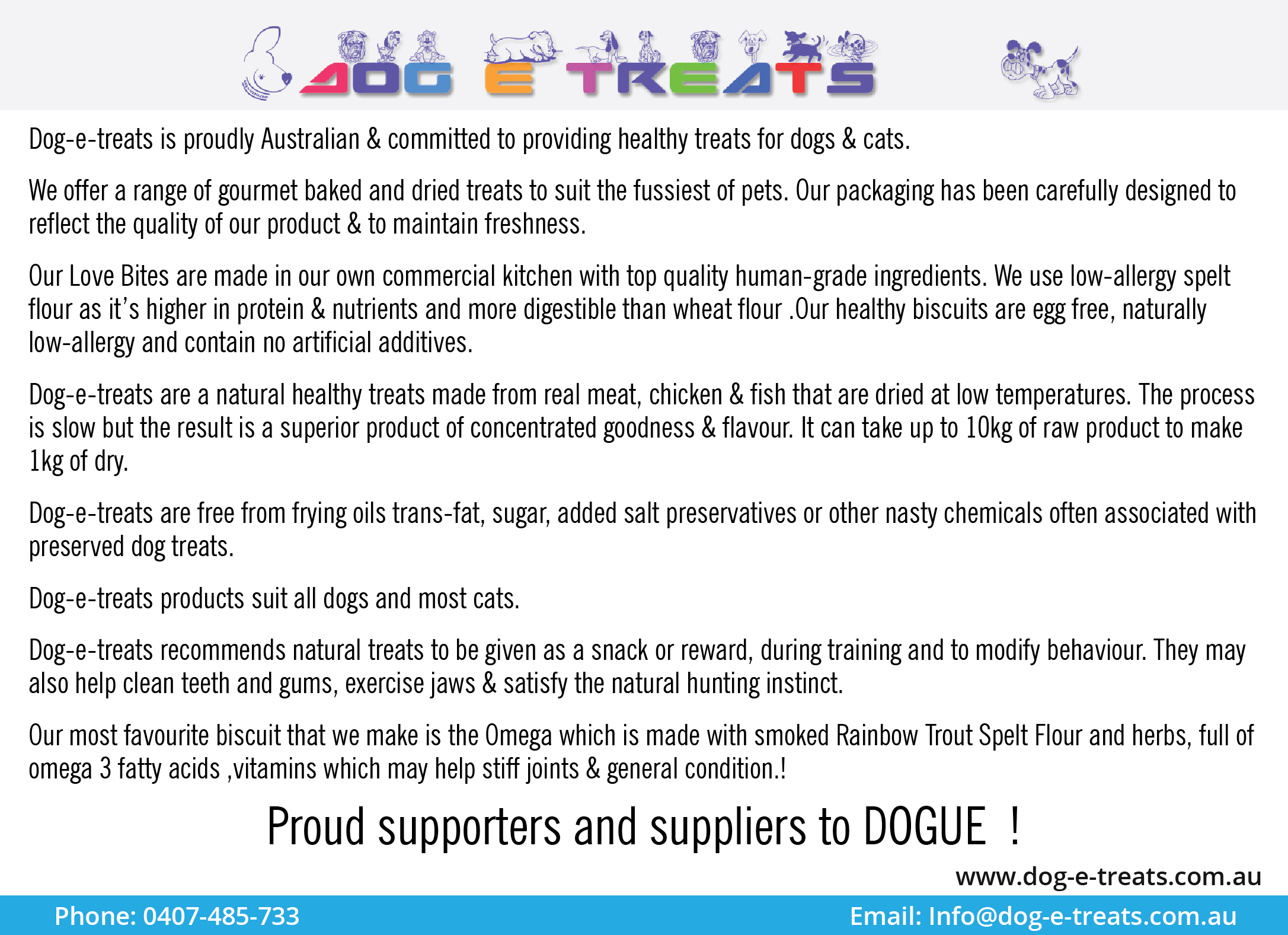 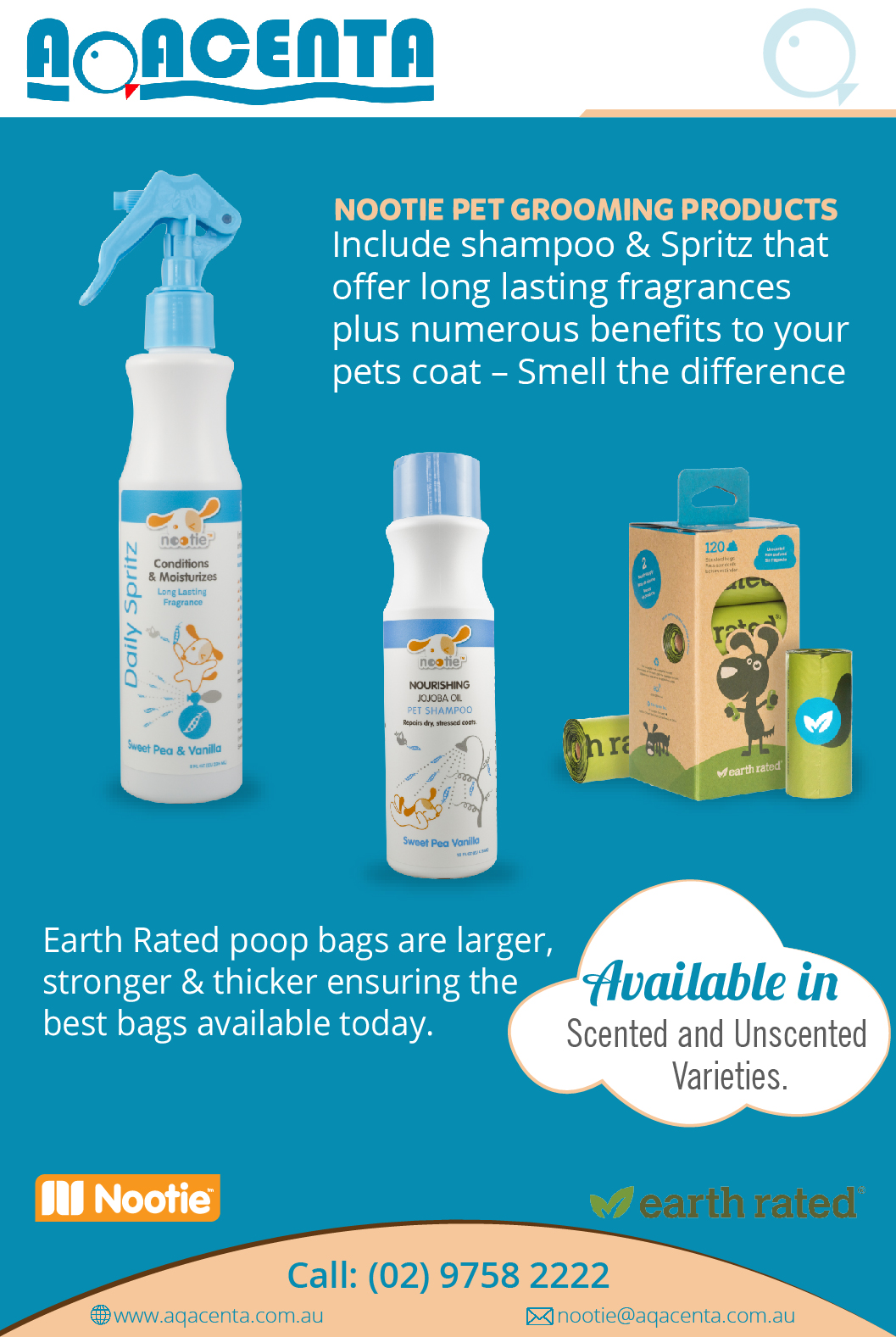 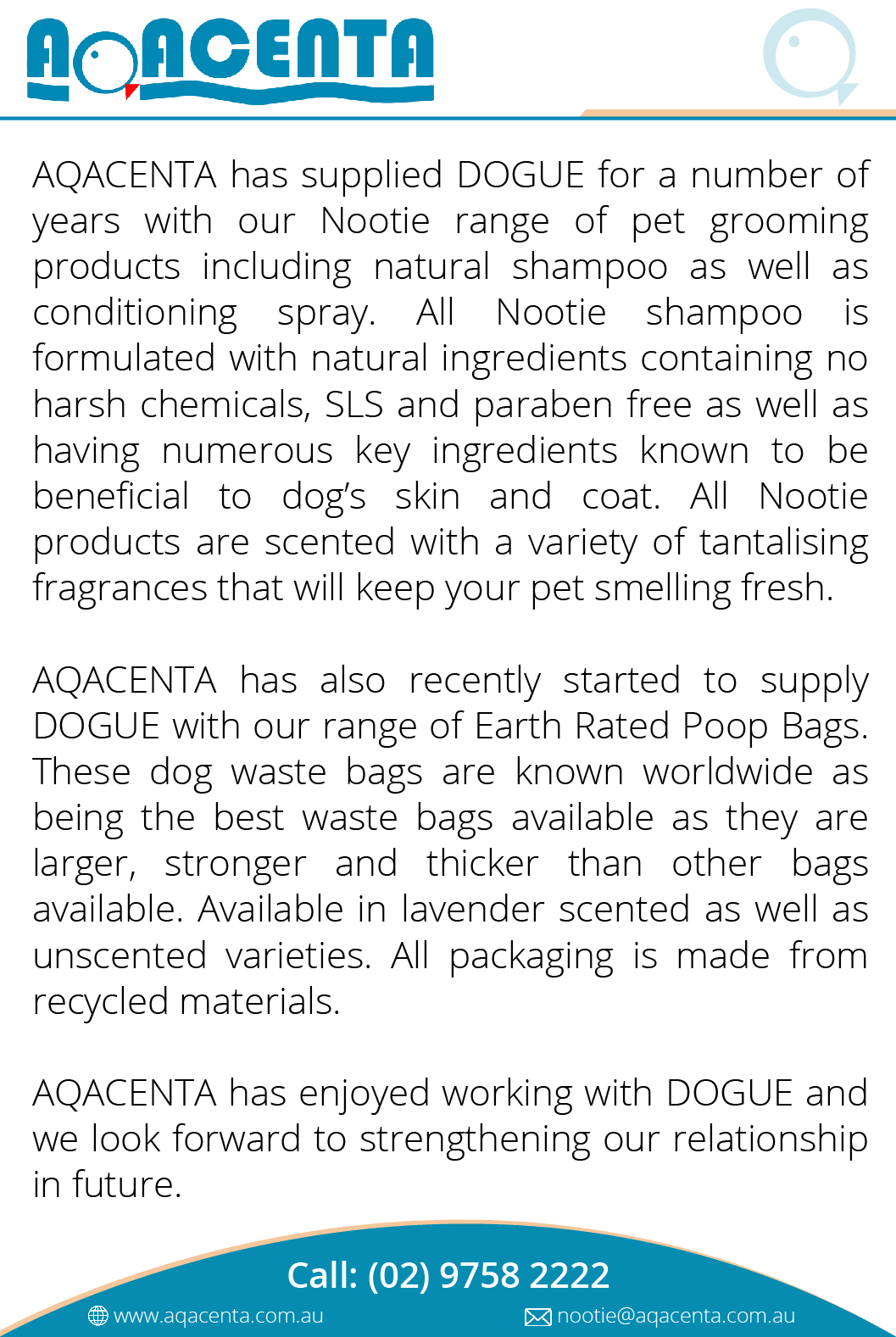 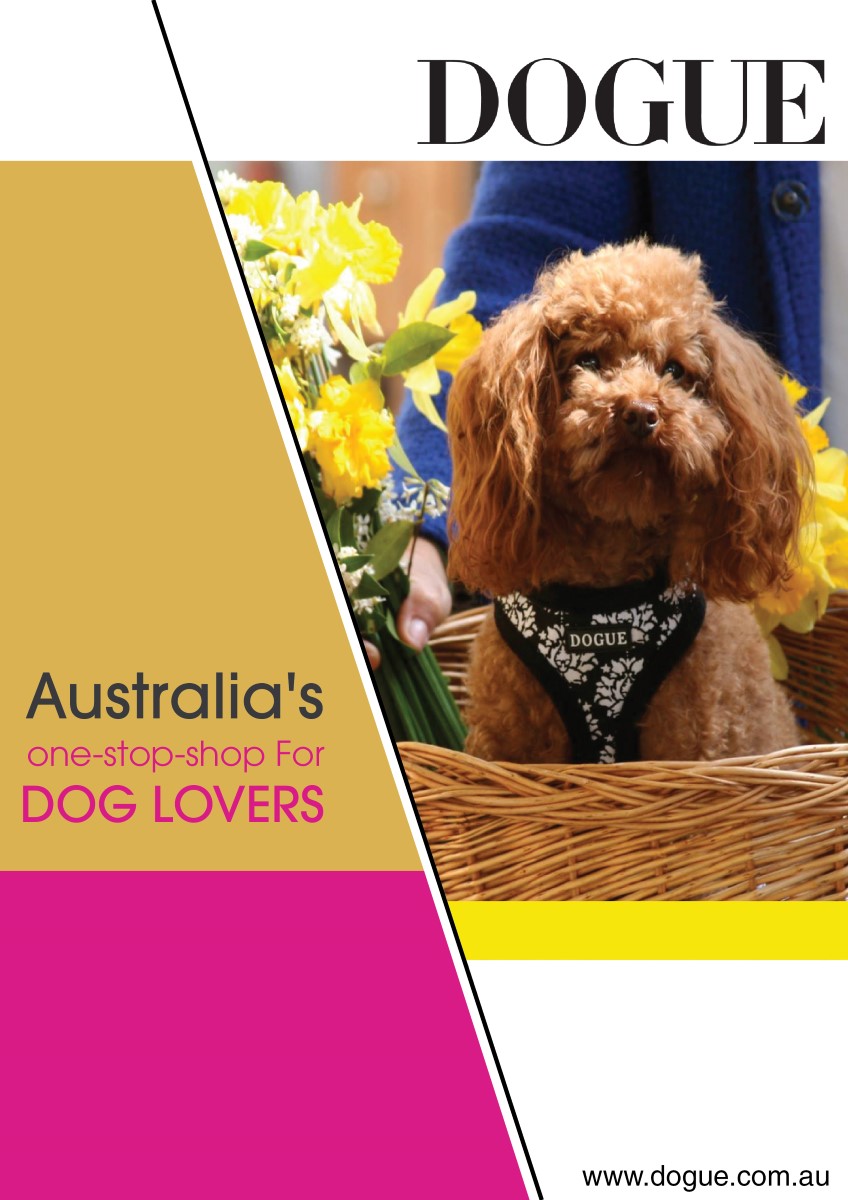