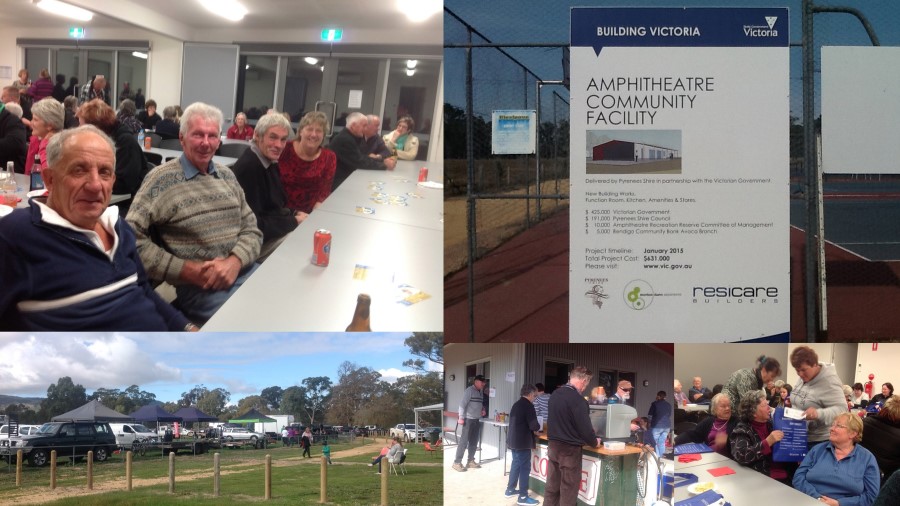 The Shire of Pyrenees, a local government area in Victoria, hosts a population of approximately 7,000. The rural municipality has an annual budget of about $20 million, including $7 million in capital. With an infrastructure renewal gap of about $2 million per year, the Council is heavily invested in retaining its assets as they face the challenge of managing infrastructure projects and capital works within an environment of financial restrictions. 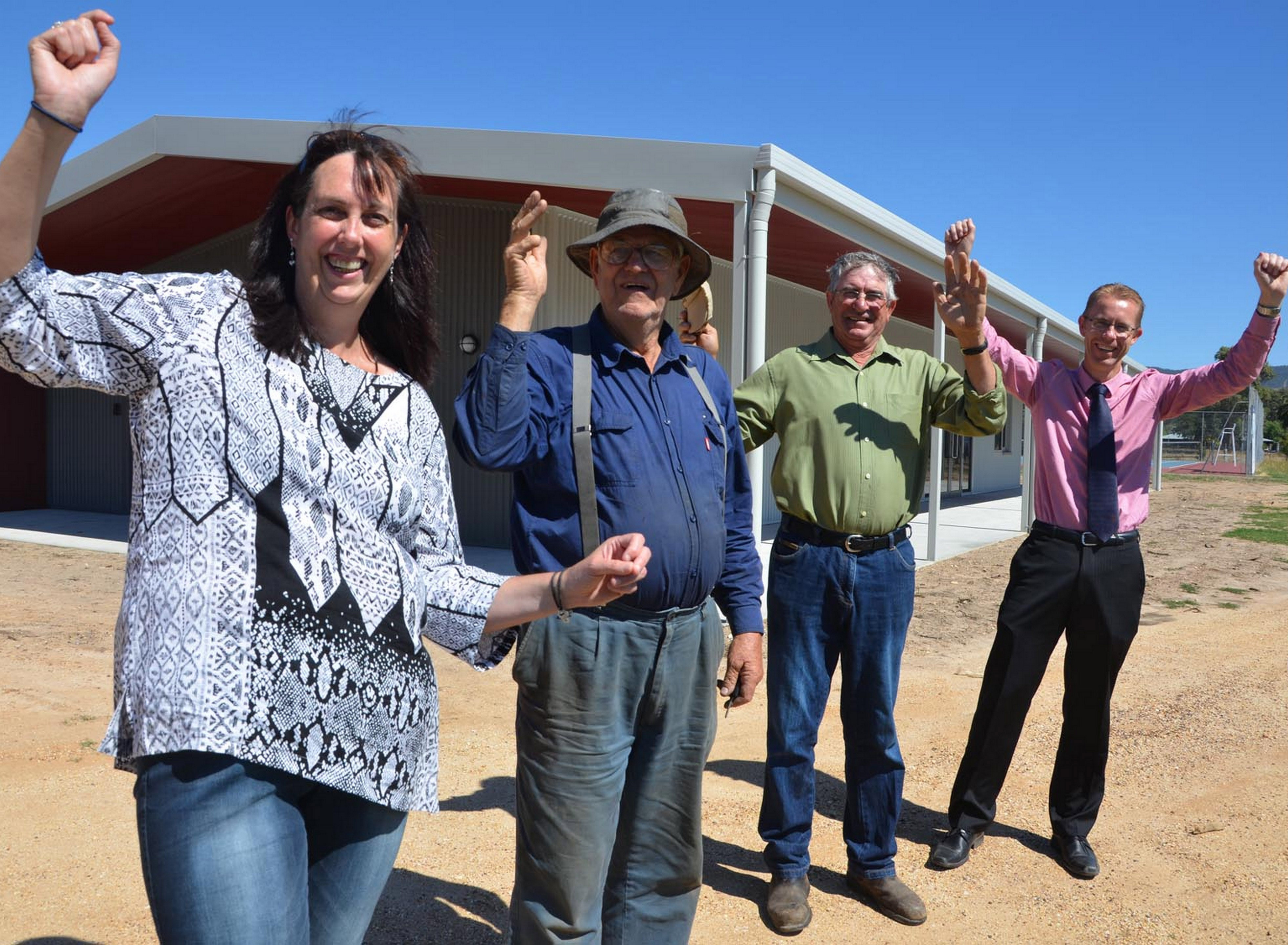 Jim Nolan, the CEO of the Pyrenees Shire Council, plays a key role in the economic activities of the Council. Jim has 26 years of experience in local government across four different municipalities, namely Glenelg, Southern Grampians, Northern Grampians, and Pyrenees since 2014. Over the years, he has been closely involved in a variety of infrastructure projects though his current role as CEO has him in the management seat more often than not. He is also constantly looking for ways to increase the Council’s economic base and control its budget more appropriately and efficiently.

Allocating resources for the road network

For the Pyrenees Shire Council, primary emphasis is usually placed on asset renewal. As an example, the Raglan-Elmhurst road has been an ongoing project for almost a decade. The road stands at the top of the local hierarchy as an important strategic link road servicing the agriculture and viticulture sectors. The original construction was a narrow sealed road which failed to serve the growth of the area. Over the last 10 years, the Council has been steadily upgrading and widening the road with substantial financial investments. In the last two financial years, the Council committed just under $1 million for various improvements, part renewal and part upgrade.

According to Jim, Council’s rate of expenditure for their road network reflects the fact that the majority of the network was constructed several decades ago, and there is a constant need for maintenance. The capital program’s budget stands at about $7 million, a significant portion of which goes to various renewal programs. For instance, the renewal budget for the road resealing program runs at almost $700,000. Budgeting to make sure that every part of their road infrastructure is preserved and properly maintained is vital for the Council.

Establishing a hub for community activity

From a community perspective, revitalizing the Amphitheatre Community Centre was a substantial undertaking for the Council. The level of community engagement was unprecedented right from the beginning.

“It’s been quite a success since opening in 2016”, says Jim about the Centre. “It’s reflective of the type of facility that Pyrenees has established in a number of small towns, with populations of less than 1,000 generally and often of 300. Having a quality community facility has been very important in those communities to maintain some community pride and provide an opportunity for community activities to occur. In this case, it also enabled an aged facility to be demolished. It was really important that instead of adding to our infrastructure, we replaced the old for the new.”

The $631,000 project was completed with financial assistance from the state and federal governments as well as Council and the Avoca Community Bank. In fact, $10,000 was contributed by the Community Bank for the community of 240 individuals, a significant undertaking which showcases the level of interest in the new centre. The centre is a multi-use facility that provides a hub for a range of activities, including sports and community events. Moreover, it provides a space for use by the adjoining local primary school. Since opening in 2016, the centre has been well-utilized and the response has been extremely positive. 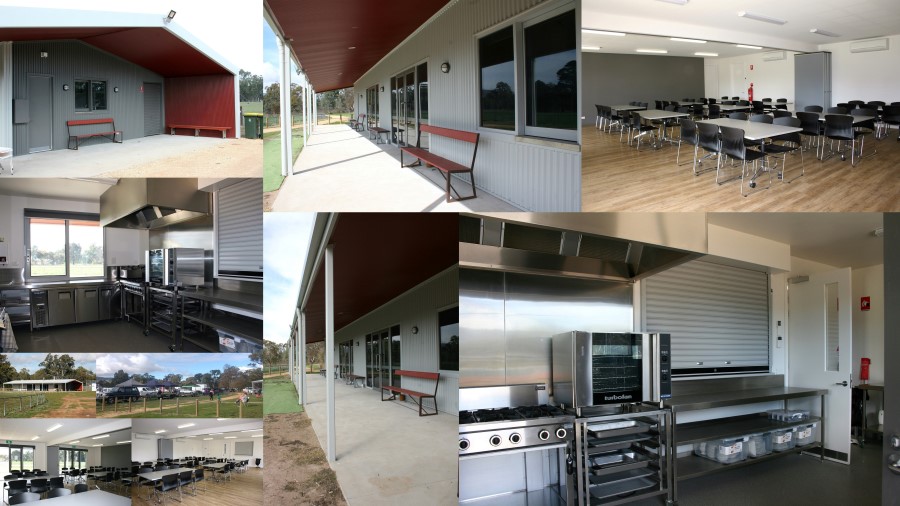 Of course, this was not the only time the Council engaged the community in an infrastructure project. The Moonambel Water Supply Project has seen a similar level of engagement, for instance. There, the Council partnered with Central Highlands Water to undertake a feasibility study to ascertain which option would be ideal to ensure a stable supply of water to the region. Prior to that, they conducted a survey of businesses and residents to see if there was significant interest in proceeding with such a project or not.

The feasibility study suggested that a pipeline would be the most suitable path to take, and the community was consulted at that stage too. As wine production is a very important part of the economy in the Pyrenees Shire and the township of Moonambel effectively services that, the Council wanted to ensure that everything would go smoothly. Enterprises in and around the area are significant. The wineries are a significant contributor to the local economy with grape growing and the production of some high quality wine. This enables growth in tourism and compliments other business activity in food and accommodation services.

On top of all that, the Council is also heavily invested into sustainability. Their regional bioenergy project recently won a sustainability award after being implemented in a local hospital. The pilot project uses timber biproducts from nearby timber mills which would have otherwise been considered as waste. By utilising such resources, the project was able to reduce power costs for the hospital while providing an efficient operation. The Council, on behalf of the region, facilitated and delivered a government grant. Interestingly, the project has already been duplicated in a small business while Jim ensured us that it could be used in any other suitable enterprise too.

The primary future issue in infrastructure and construction for the Council will be maintaining and renewing their assets. Another fundamental issue will be providing opportunities for population growth through some residential developments. Though this is not necessarily a task for local government, the Council has been very proactive in that area to encourage population and economic growth. After all, they have been a developer for a residential subdivision in Beaufort just outside of Ballarat, a project that will assist in the sustainability of the region and add to the towns housing stock Council’s assets. Overall, the Council will continue to be heavily invested in promoting a clear future for the region and servicing both its current and future residents.

WHO: Shire of Pyrenees

WHAT: A local government area in western Victoria with a population of 7,000 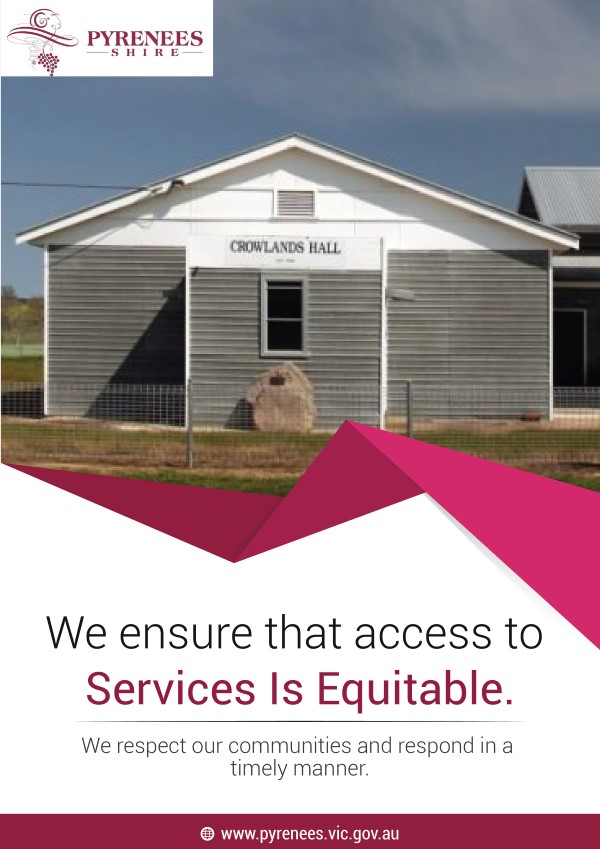