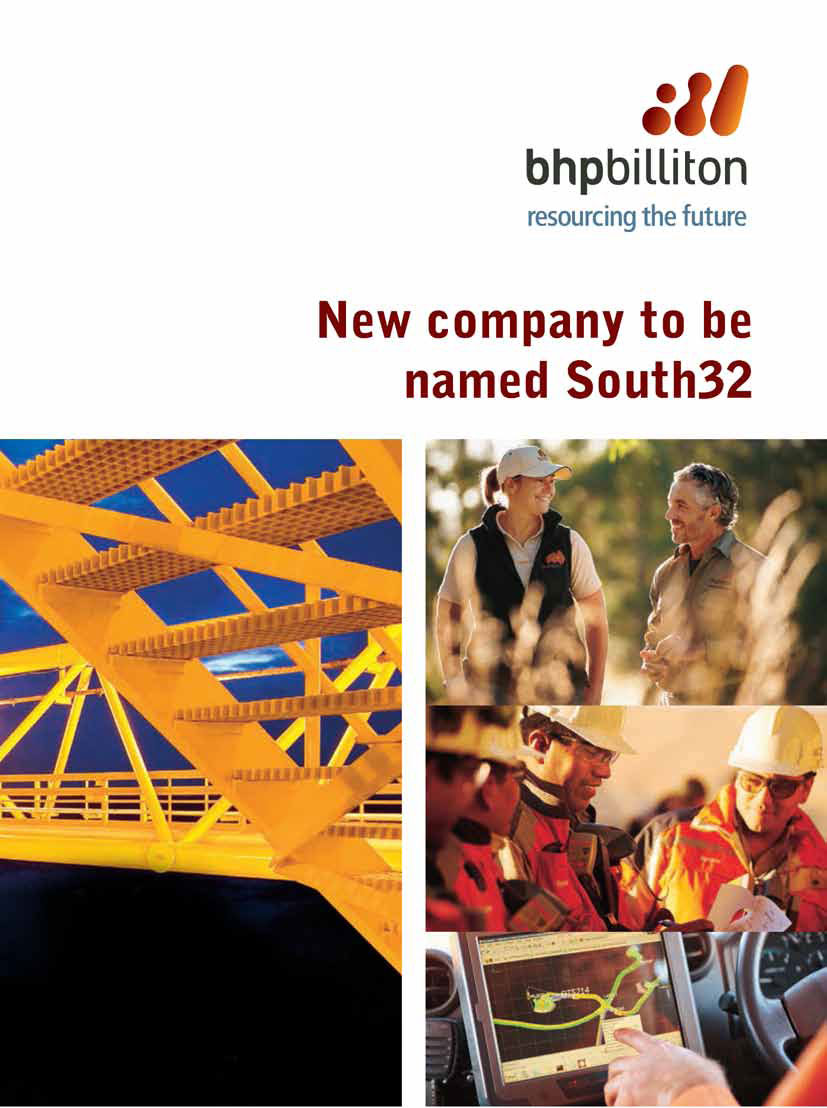 New company to be named South32

The new company BHP Billiton intends to create through its proposed demerger will be called South32. 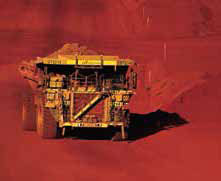 The majority of South32’s selected assets are located in the southern hemisphere with its two regional centers – Australia and South Africa – linked by the 32nd parallel south line of latitude. The company’s name represents this footprint and its regional approach to managing its operations.

Graham Kerr, chief executive officer elect of South32, said “The naming of South32 is a major step in the setup of our company. Our heritage and the places in which we operate are an important part of our identity. While South32 is grounded in the southern hemisphere, we will retain our global reach and ambition as we seek to exceed the expectations of a global shareholder base. The diversity of our employees, commodities, customers and communities will give the new company great strength, which is represented by the woven pattern of our logo.

“Many of our assets are among the most attractive in their respective commodities and all have benefited from BHP Billiton’s structured approach to improving safety and performance. As we move to a regional model and develop a fit-for-purpose strategy, we have the potential to further improve performance. This would enable South32’s assets to reach their full potential and benefit our shareholders, employees and communities.”

Kerr said that a wide range of options had been considered when selecting a name for the company, including suggestions from employees across BHP Billiton.

“As we continue to build South32 we are keen to ensure the views of our people are woven through the foundations of the company,” he said. “I am proud to say that a suggestion from one of the new company’s employees was the basis for the name we have selected as our identity.

“The demerger remains on track to be completed in the first half of the 2015 calendar year. Following the recent announcement of additional members of our experienced and high caliber senior executive team and the third party approvals already achieved at this stage, we are progressing well against plan.”

South32’s head office will be in Perth, Australia, with a regional head office and global shared services center located in Johannesburg, South Africa. South32 would be an Australian incorporated company but, reflecting a global shareholder base, is intended to have a primary listing on the Australian Securities Exchange, a secondary listing on the Johannesburg Stock Exchange and a standard listing in London.

One Billion Tons to China
BHP Billiton celebrated the shipment of its one billionth ton of iron ore to China with customers, industrial associations, joint venture partners, suppliers and employees in Shanghai.

Mackenzie said BHP Billiton, a leading global resources company, was proud to contribute to the important trading relationship between China and Australia and to the country’s steel industry.

“China is of immense importance to BHP Billiton and to Australia,” he said.

“We always strive to develop closer ties with China and contribute to its development by providing long-term, reliable and high-quality products at a transparent market price. BHP Billiton is very proud of the role it has helped play in China’s remarkable economic and urban growth through the trade in iron ore and other commodities. The rate of this growth, and the demand for iron ore, has been unprecedented.

“It took nearly 30 years for BHP Billiton to ship 100 million tons of iron ore to China and then only 12 more years to reach the one billion ton milestone.”

Also speaking at the celebration event, Henry acknowledged China’s extraordinary development over the past two decades and the transformational role the country’s demand had played in the global iron ore market.

“Thanks to China’s tremendous achievements in manufacturing and steelmaking, part of the iron ore we export comes back to Australia as high-quality infrastructure and equipment,” he said. “The resources industry now relies on bulk materials handling machines, transportable buildings and rolling stock made in China.” 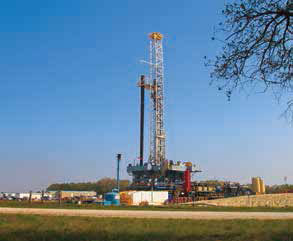 BHP Billiton’s iron ore journey with China started more than 40 years ago with the first shipment of iron ore from Port Hedland to China in 1973.

“The relationship between BHP Billiton and China has evolved beyond the two-way trade in raw materials and industrial products with the launch of the physical iron ore transaction platforms in China and Singapore in partnership with steel mills, traders and producers,” Henry said.

With China accounting for nearly 50 per cent of the world’s total steel production, Wilson recognized the nation’s contribution to the development of the Pilbara in Western Australia.

“Chinese demand growth has supported a trebling of BHP Billiton’s iron ore production over the last two decades,” he said.

“We are grateful for our long-term and mutually beneficial partnership with China. Our iron ore has played a part in the country’s development, and in turn China’s rapid growth has transformed the Pilbara iron ore mining industry to the benefit of Australia. Over the past decade, we have invested US$25 billion in our Western Australian mines, rail and port infrastructure to deliver the high-quality iron ore needed by our steel-making customers in China.”

Geothermal Energy – An update on the industry... 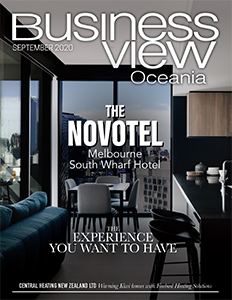 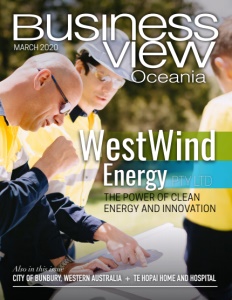 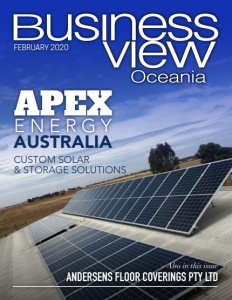