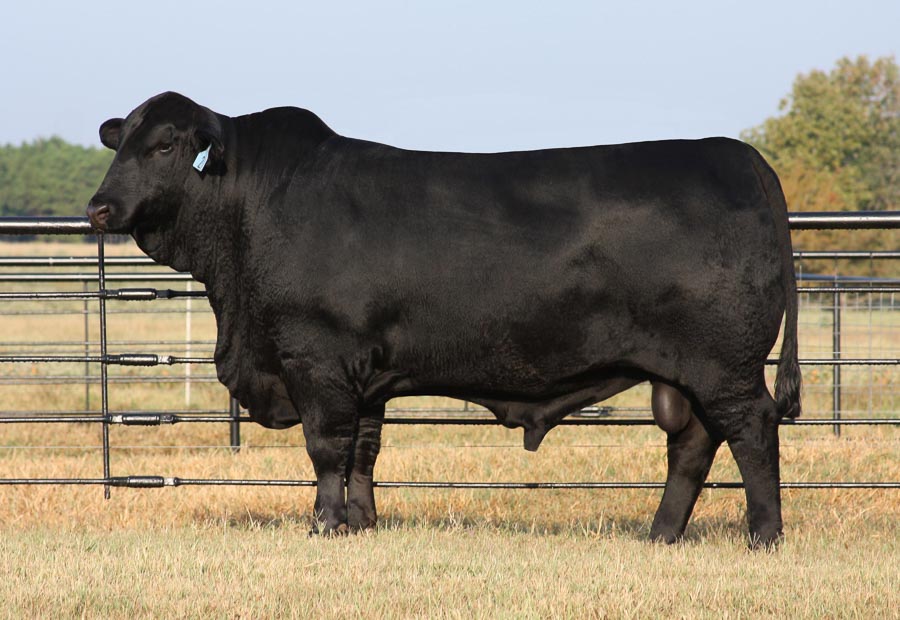 A major seedstock producer based in New South Wales, DSK Angus and Charolais, is located at Borah Station, a 3800 acre farm. The business is run as a family partnership between Chris Knox and Helen Alexander. Its annual bull sale is in its 22nd year and Chris Knox recounts how he began almost three decades ago, “We thought Angus was the way to go in the future and we established ourselves in 1988, 27 years ago.

“The farm was family operated and we made a beginning with three calves and built up from there. When we started off with Angus they were not really popular. Today we have about 300 Angus females.”
The DSK Charolais stud was started on the farm in 1995 with the purchase of two young heifers. Today it is an extremely successful operation and Chris Knox is the current president of the Charolais Society of Australia. He is very optimistic about the breed’s prospects.

In his report to the members of the society he says, “I personally believe that the Charolais breed has a big role to play in the future of the beef industry in Australia. Beef producers in Australia are set to have a big increase in profitability with world demand at an all-time high. With this demand, favourable weather conditions and the low dollar, we will see a considerable increase in prices for all grades of beef.” 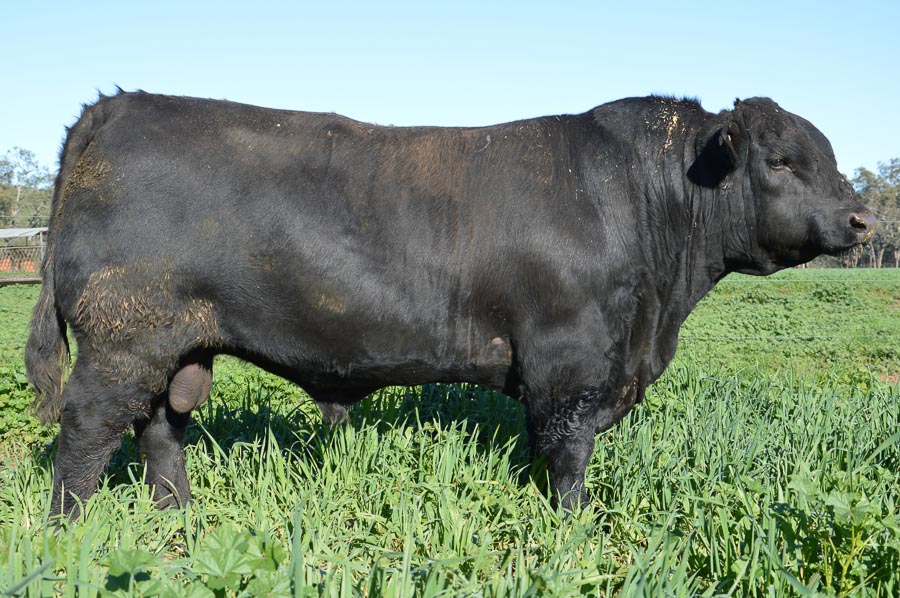 Chris Knox is clear about the way he wants to raise cattle and his decades of experience in the field has led to the creation of one of the most successful operations in the country. He says, “We have our own idea about what we like to see in our cattle and we like a larger frame which in turn gives you a good high performance.
“We thought that there is a big place in the industry for the European cross and we selected the Charolais breed for the extra performance that it has. We find that the crosses and the Angus have excellent carcase potential. The heifers make us good money.”
The farm has ample grazing land and the pastures are predominantly native. Cereal cropping is carried out on 500 acres and some land is also devoted to lucerne pasture. Chris Knox says, “We rely on a lot of natural grass with heavy summer rains. But in the last three years it just has not happened, we have hardly had a spring.
“We produce our own feedlot mix over here. We have got our own mixing equipment. The feedlot mix we use is not a super strong mix. We take a little bit longer and it costs us a little more. We get them on a five to one or a six to one ratio of feed and weight gain. That’s not great but it’s good.

“Some big feedlots get them down to a ratio of four to one on a really strong feedlot mix. That’s really testing the metabolism of the individual animal and results in a bigger percentage of illnesses. We have hardly had to treat any animal here for feedlot illness. We would rather do it a bit safer than push the animal too hard.” 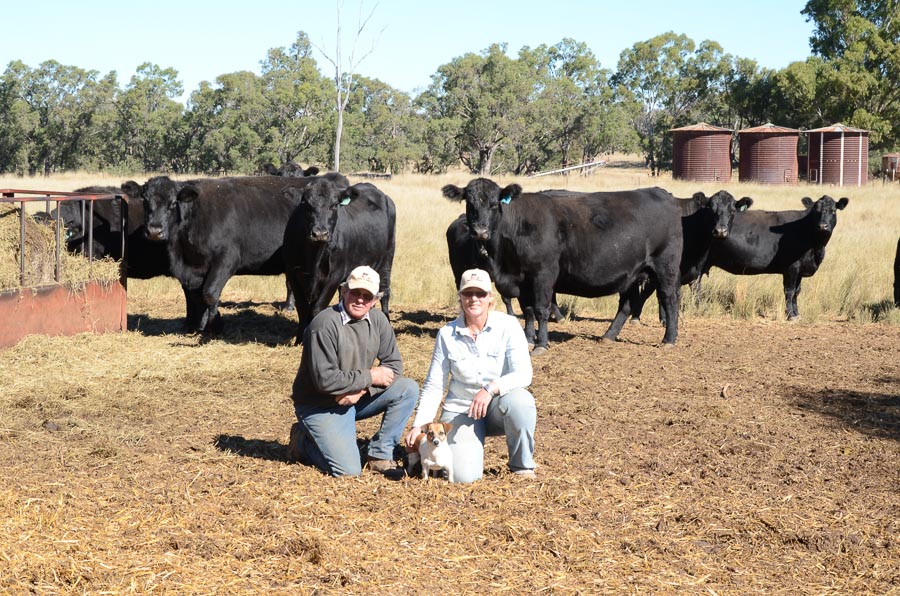 The DSK Angus and Charolais farm uses a unique selection process for determining the attributes of the cattle that it breeds. While Chris Knox does rely on gene selection and is a strong supporter of modern breeding techniques, he uses his deep knowledge and vast experience of the breeds to choose the best bloodlines.
Speaking about the method he uses, he says, “There is a lot of technology involved. We have got gene markers and genomics as selection tools. We have also got a breed plan. But we use these as indicators, we don’t swear by them.

“We still do a lot of our cattle selection and base our breeding program on our own visual appraisal to get the type we want. We have tried to stay away from mainstream lines, not because they are mainstream, but because we just see problems within those lines. We have been lucky with the selections that we have made and at the present time we are concentrating on bringing in a lot of genetics out of North America and Canada.”
One of the areas that Chis Knox feels requires more work is the export market for genetic materials. His view is that there is tremendous scope for the export of semen and embryos and that this segment can do much better if it finds ways to break into the markets which other exporting countries have entered into and won over. Speaking about this issue he says, “The Australian beef industry really lacks in the genetic materials export department. Australia has some of the best genetics in the world but places like Canada and North America have established themselves in this market.

“Once the market is established it’s pretty hard to break into it. But I’m sure that there are some unique bloodlines around in Australia that could well and truly be exported internationally, but it is a matter of getting the right promotion behind them and breaking into the market that is already set up.”

DSK Angus and Charolais actively markets itself and its annual bull sale which is held at Borah Station is acknowledged as a major event.
Speaking about the ways in which the farm is promoted, Chris Knox says, “We have always had a strong history of doing well in carcass competitions and feed trials.

“We market ourselves through our website and we do a lot of showing. The bull market industry is based on word of mouth and you have to establish yourself so that people start talking about you. Basically, that’s the way we do it. We advertise through the rural media and a little bit on TV leading up to the bull sale. We just let the cattle do the job for us.” 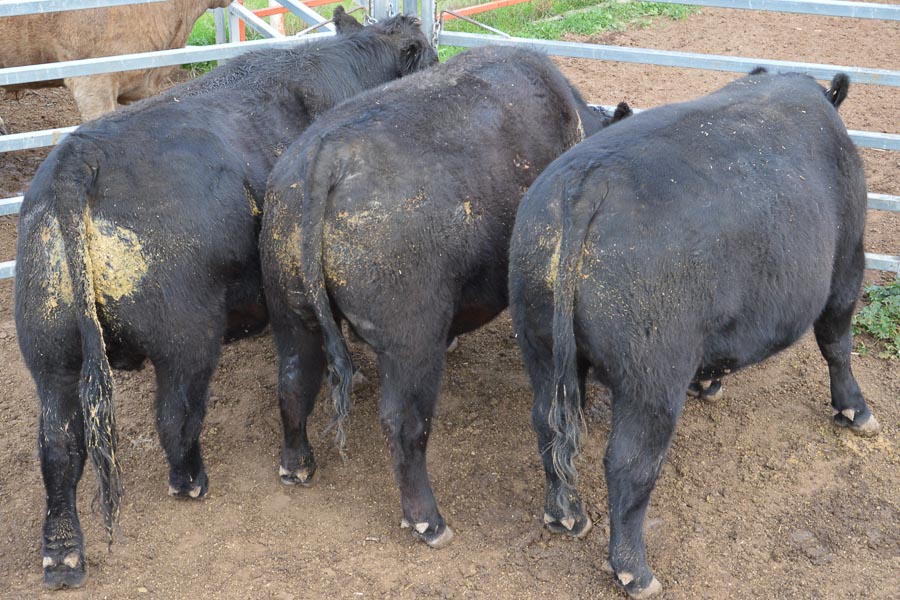 DSK Angus and Charolais sells 80 bulls at its annual sale. It is also a large carcase producer and sells regularly to supermarket chains. The decades old establishment has strong foundations and ambitious plans to expand its operations. Speaking about the type of cattle that he wants to raise, Chris Knox says, “We always want to maintain high growth rates with finishing ability, muscle content and we are excited by the new bloodlines that we have imported from overseas.”

WHAT: They sell 80 bulls at their annual On-Farm Bull Sale 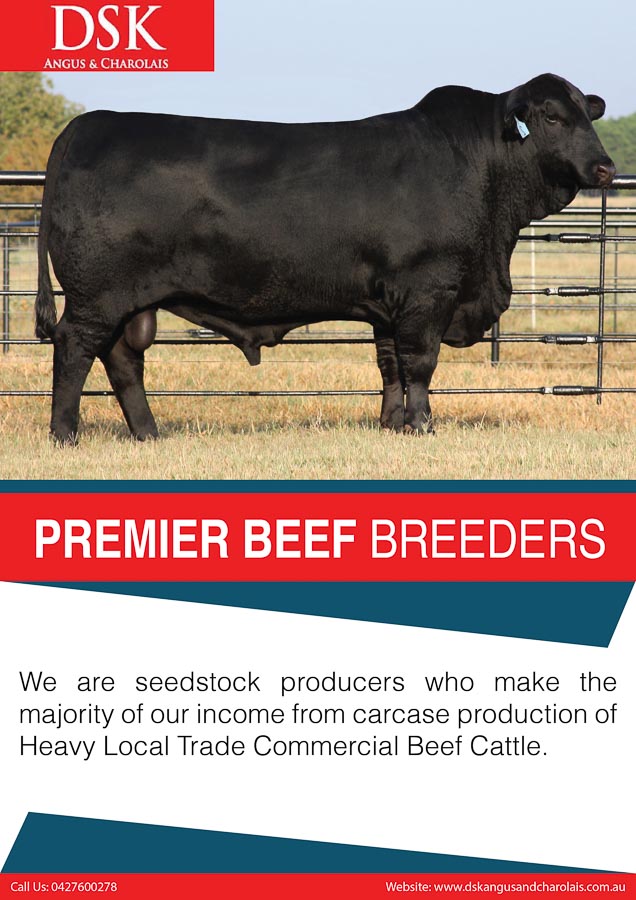