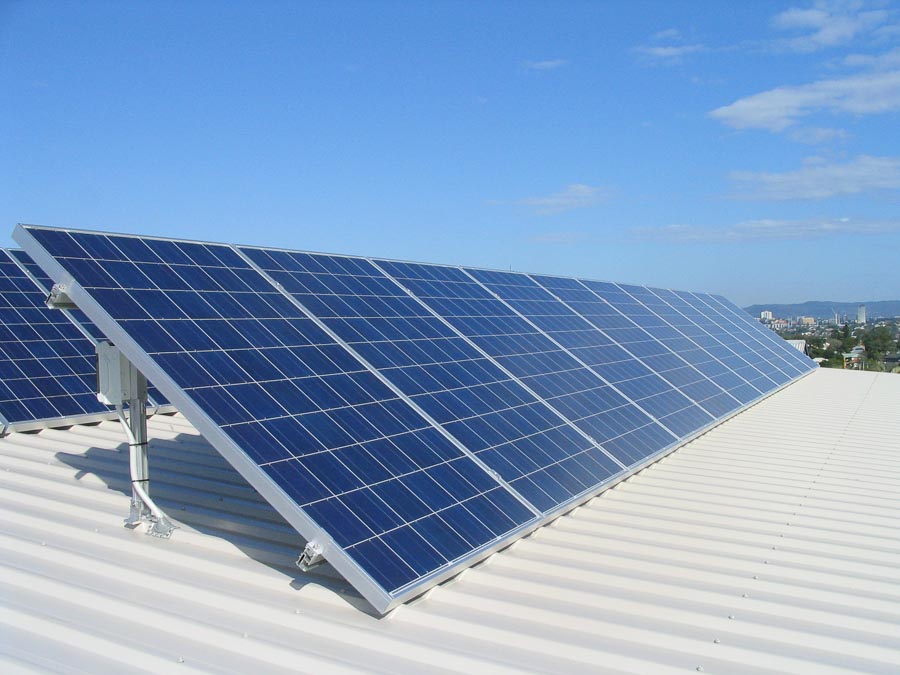 Ecoelectric is an electrical contractor which specialises in renewable energy and building automation. The company started its operations in 2008 and over the last seven years has completed numerous assignments in commercial buildings and homes. It has gained a high level of expertise in the solar energy field and specialises in installing solar power and hybrid battery systems.

Jeff Wehl, founder and managing director of the company explains how he started, “Rather than start a business which just offered services such as installing electric supply points, we wanted to take it from the perspective of where we can come in and audit your home and business and save you money.

“In 2008 that was something quite different and as luck would have it, that has grown and expanded. We incorporated in 2009 and we are now at a stage where we do not really do traditional electrical work any more. We are purely a solar and energy management company.
“One of our first projects was an energy efficiency assessment for Bank of Queensland. That was when the first lot of government legislations came through about greenhouse gas emissions. As Bank of Queensland is a large company they had to engage an independent auditor to go through their business and determine their level of greenhouse gas emissions based on their electricity use.

“I audited a number of typical branches and used that to form a baseline and then I was able to deliver a report meeting the national greenhouse emissions reporting act.
“Our growth started in 2010 when the state government created a once in a lifetime business environment for firms specialising in renewable energy. To keep up with the demand we had 15 staff at one point and that went from four or five staff in the space of 12 months.

“I found myself spending most of my time dealing with quality assurance and staff issues. I realised that we had to downsize. We have about five staff at the moment that do very good work for us. We also realised that we did not really have the systems in place to keep everything under control.

“In the last two years we have put in a lot of conscious effort into developing processes and we have now reached a point where we have a full digital management system that has procedures on safety and testing built into it and is accessible out in the field. We have procedures that allows us to maintain quality which is very important in the electrical industry.”

Ecoelectric has built an enviable reputation for itself in the field of solar photovoltaic (PV) systems. It has 2500 installations to its credit in Brisbane, Ipswich and Gold Coast. The company has a unique business model whereby it provides the potential customer with a detailed performance estimate which it also puts in writing.

In its solar installations the company uses original equipment supplied by world-class manufacturers like ABB, Decktie and Sikaflex. The system carries a five year warranty and this is accompanied by manufacturer warranties ranging from 5-25 years. Ecoelectric provides end-to-end solutions and has even tied up with a finance company, Solar Financial Solutions, to enable customers who do not wish to pay the entire amount for the equipment upfront, to install these energy saving devices.

When the company started operations it concentrated on automation and not on solar energy. But with the change in the policy environment solar quickly became its core business. Now the company does automation as an add-on service. Ecoelectric has rapidly carved out a niche for itself in the solar energy industry with its ability to install standard domestic solar energy systems, which are integrated with energy management systems.

The technical competence developed by the company has enabled it to take up commercial assignments for customers ranging from manufacturing units and workshops to government and corporate offices. Ecoelectric offers a complete energy efficiency solution which includes installation of solar PV systems, LED lighting, load shifting and power factor correction, all of which serve to reduce the customer’s energy costs.

After the company put its systems and processes into place it concentrated on expanding its marketshare. Jeff Wehl describes the steps that he took in this direction, “After we had got our business systems down pat, the solar market was still down-turning, in fact it is still down-turning, and I realised that we would no longer be able to rely on work coming in from just general demand, so we started a process of marketing and branding and that’s pretty much what we have been doing for the last 18 months.

“What I have learnt in the process is that you can throw all the money in the world at Google adwords or print advertising, but unless the demand is there and you are ultra-competitive, which doesn’t necessarily just mean price, you won’t get your return.

“What we have been finding is in a way it is all about referrals, word of mouth and building authority on the technical systems that we design and build. Therefore companies like ABB give us work and that is very important as there are a number of smaller electrical contractors around Brisbane who do traditional electrical work but they don’t do solar. 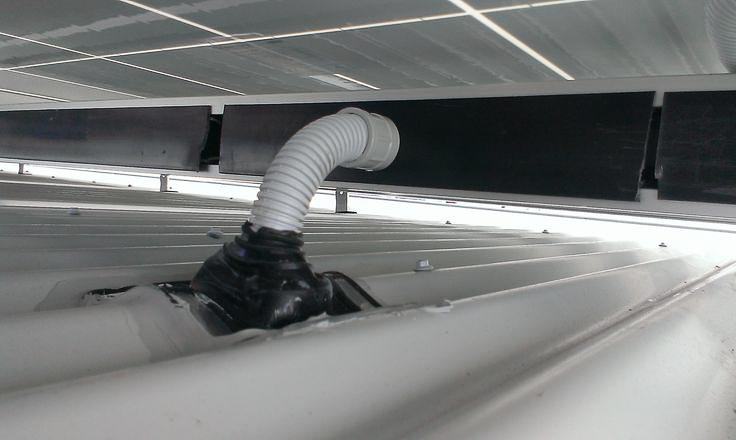 “If they get a request for solar it gets referred to us and we pay them a lead fee. We also encourage our customers to refer people that they know through paying lead fees and we have managed to do a lot of business through referrals and partnerships.

“Our primary business partner is ABB. We use their product wherever possible and we assist them with technical support. In turn they pass on leads to us. Last week they referred the lighting automation system for Ikea at North Lakes to us. That’s obviously a very large project and we have just finished the tendering on that. That job landed on our desk because of our working with ABB.”


Ecoelectric is currently investing in battery systems and automation. Speaking about this endeavour, Jeff Wehl said, “It will be the first time that we are rolling out a system of this type.

“It’s a new lithium ion hybrid unit, very similar to what you may have seen from Tesla’s press release last week. The solar panels run into this battery and its charging system and moving forward we will be further integrating that with controls, so depending on how the solar is working during the day, we will ensure that appliances are only run off the sun rather than drawing power from the grid. 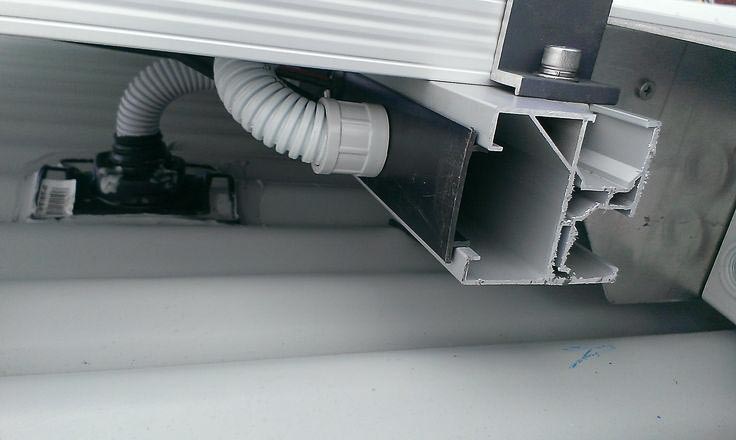 “We have electricity prices that are pretty much the highest in the world, they are actually double what they are in the U.S. We think that this is one of the primary emerging markets for this technology and it has got a huge future here.”

By pushing the cause of green energy, Ecoelectric has played a part in making a significant contribution towards reducing emissions. In the process it has built up a profitable business which enables its customers to contribute towards reducing the impact of global warming while saving on their electricity bills at the same time.

Jeff Wehl gets a sense of satisfaction from the role that his company plays in promoting green energy, “I wouldn’t say that there is a lot of money in the solar industry, but it is reasonably profitable and that combines with the feeling of doing something positive for the world and helping everyday people and businesses. I get to go home at night and think that businesses can save operating costs in terms of electricity and that allows me to feel good about my job. That aspect and the quality of the work we do is very important to us.”

Responsible Wood – Representing the Programme for the... 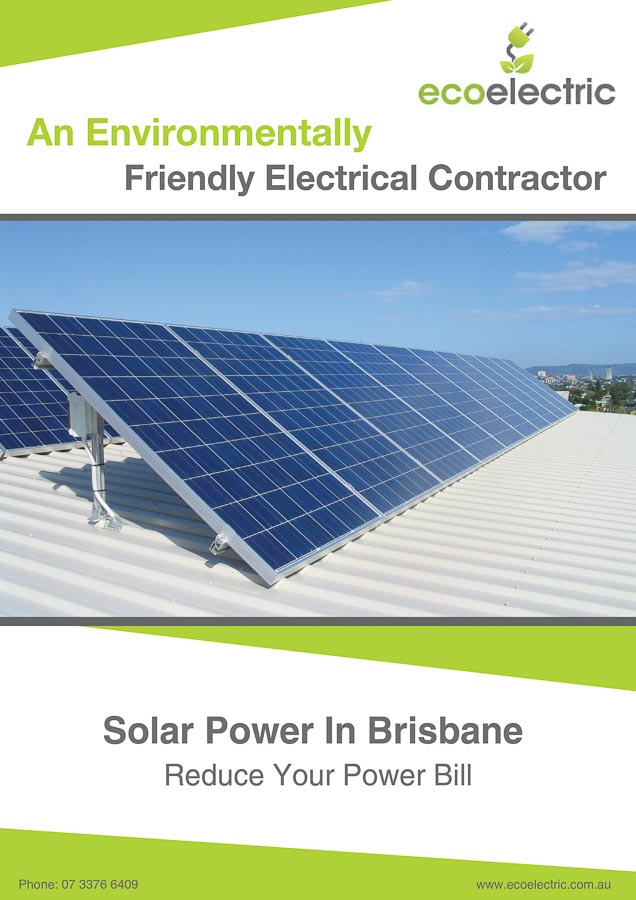