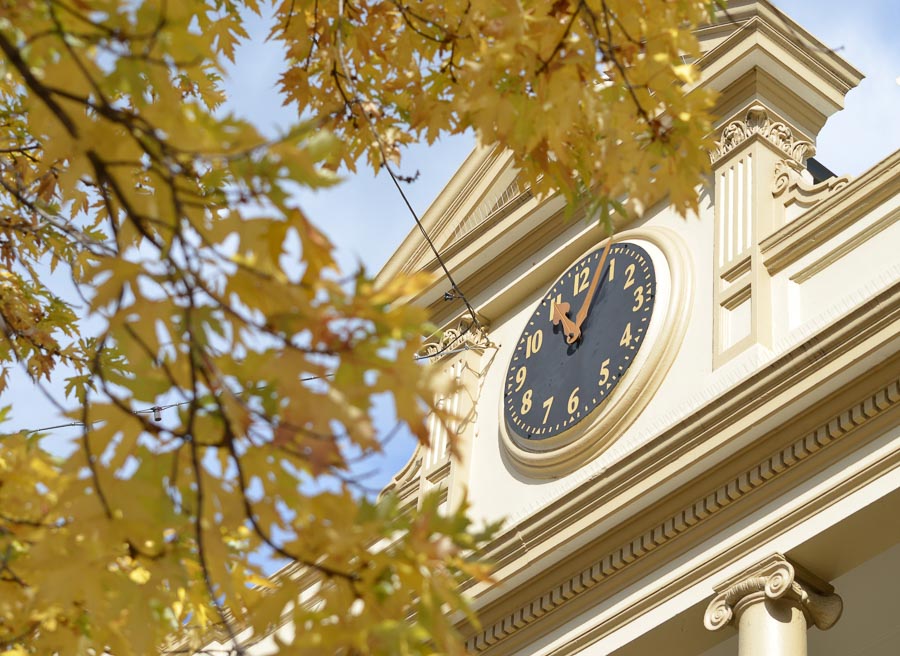 Nestled 900 metres above sea level Orange is a city in the central west region of New South Wales. Its infrastructure needs are managed by Orange City Council which has been extremely successful in providing not only the basic requirements, but a host of world-class facilities to the 40,000 residents of the city.
Chris Devitt, Technical Services Director of the Council explained that the availability of water was a major concern for the city a few years back when the rains failed. The city’s water stock fell to 23% and was sufficient only for 9 months. At that time Orange City Council adopted a number of strategies to overcome the water shortage.
One of the schemes Council implemented was the construction of a series of wetlands which provided a cascade of ponds near residential areas. Cycleways were built around the project which provided for a natural way to cleanse the stormwater before it is pumped into the water supply system.

While the technology for the project is simple it has been implemented in a unique way and has served to greatly improve the aesthetics of the area. The project has been extremely well received by residents and is recognised across Australia as ground-breaking. It has played a major role in alleviating the water shortage and converting Orange, which had become water-deficient, to a city which has an adequate water supply. 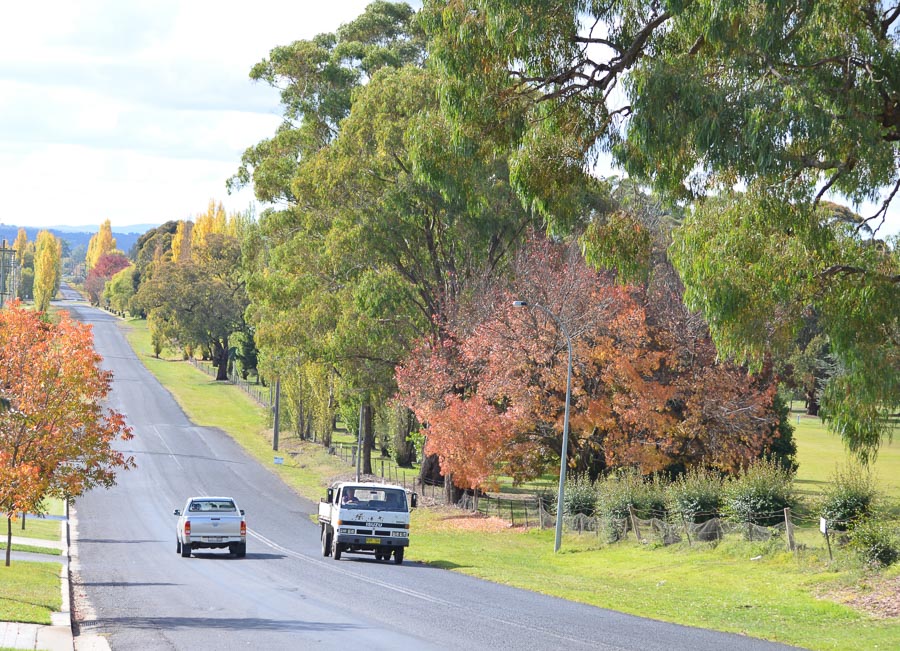 Describing the steps that Council took, Chris Devitt says, “We realised that relying on just one source of supply was not enough for the future so we developed four separate points of supply which can give us more capacity and security. What we have done is we have used the existing infrastructure in a much smarter way by having four ways to fill the dam instead of only one way which is just by nature. We have been able to adapt existing infrastructure and just use it a whole lot smarter and we have saved a packet of money as well.”
Another major success which Council has achieved in solving the city’s water problem is the recently completed Macquarie pipeline. This $40 million project lifts water about 600 metres from the Macquarie River to Orange. The 37 kilometre pipeline has been financed with council, state and federal government support. The project was in the developmental stage for several years during which time a thorough environmental assessment was carried out and extensive consultations were held with landholders.

The actual construction of the project proceeded rapidly with 400 metres of pipeline being laid in trenches between one and two metres deep, on a daily basis in gently sloping land. In steeper country the rate of progress was slower at about 80 metres per day. The completed pipeline provides a 25% to 30% boost to the city’s water supply. Officially opened in July, the project came in on time and under budget. 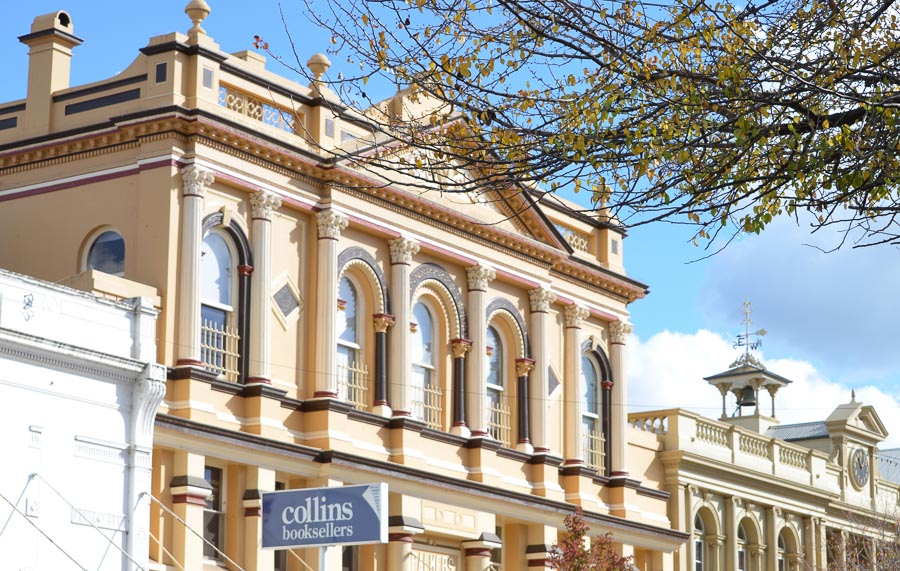 Based on the success of this project Council has now received approval for a $40 million pipeline that will take water from Orange to communities towards the south of the city. These communities are closely linked to Orange and they use the city as their main place for business and shopping.

Council has also recently embarked on the Suma Park dam upgrade. The dam was built in 1962 and a need had been felt to raise its walls to increase its capacity by 10% and so that it could withstand a major flood event. Work on the project started in October 2014 and it is expected to be completed in early 2016.

The success of the city’s water management program, in the face of an impending crisis, is due in no small measure to the cooperation extended by the residents of Orange. While Council, as a local government authority, is mandated to consult with the community, the actual degree of interaction goes much beyond that. 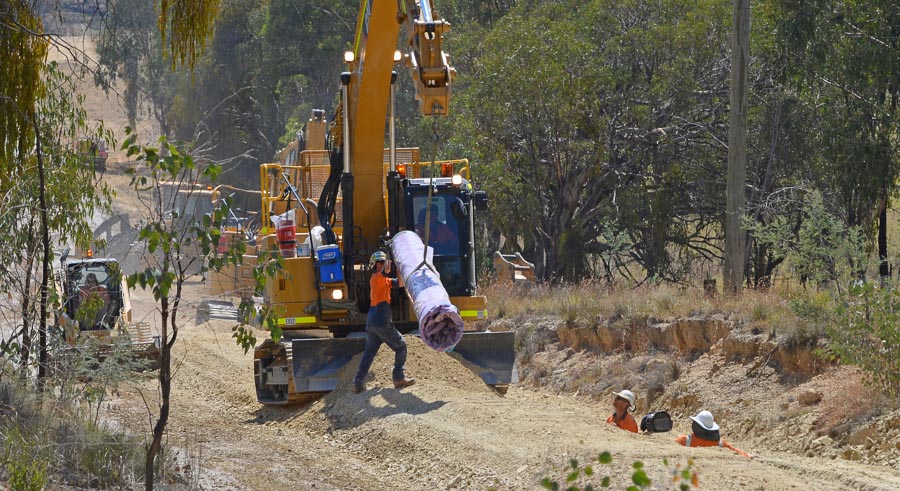 At an informal level, Orange City Council started a practice of giving talks to various groups about the water supply situation and the steps being taken to ensure that residents received adequate water. The result was that the entire community became water efficient. This development, along with the infrastructure solutions implemented by Council, resulted in a situation where there was plenty of water.
Speaking about the reaction of the community to a surplus water situation, Chris Devitt says, “But the community said that we do not want to go back to unrestricted water use, we want to self-regulate the consumption of water and in the last five years the average usage has gone down significantly.

“So not only have we achieved good things from an engineering and a physical capacity point of view, but the attitudinal change and the awareness of people to be water efficient and water conscious has been significant and that has been a real lasting benefit.”
The construction and maintenance of roads form a big part of Council’s workload. The main highway west of Sydney used to run through the main street of Orange, leading to traffic congestion and inconvenience to residents. The passage of heavy vehicles through the centre of town compounded the problem.

To address this issue, Council built the northern bypass at a cost of $30 million. It is now working on a southern feeder road which when complete, will result in the construction of a complete orbital around the city. The first part of this project, a $4 million section, is nearing completion and Council is in the process of making a submission for an additional section which will cost $11 million. This will entail the construction of a high level bridge over the railway line. Various sections of this road will continue to be delivered over the next five to ten years.

Road construction projects have resulted in decongesting the city’s centre. Additionally, these projects serve to develop areas which they go through. An excellent example is the construction of a new hospital built by the state government in the south of the city.

The project is a $250 million development and it has changed the centre of gravity of the city. In fact the road which is being upgraded to the south of Orange will cater to the additional traffic being generated because of the construction of the hospital. A private developer has put forward a proposal to build another $200 million hospital in the area. Council is actively encouraging this development.

These developments have had a cascading effect and the average age of the residents of the city has come down significantly in the last few years as people have moved to Orange because of the new job opportunities that have been created. A majority of those who have moved to the city are in the age group of 25 to 35. The local university has started offering additional courses in dentistry and pharmacy and Orange has become an important education centre and the health industry has grown rapidly in the city.

Orange City Council has recently completed a $19 million upgrade of its airport. The city has also embarked on an ambitious business technology park project which is located in the vicinity of the airport. A major selling point of this project is the availability of excellent air, road and rail linkages. The park is located on a large area of flat land which makes it an ideal site for development. Council is in the first phase of implementing a $20 million project to provide enabling infrastructure.
While Council has taken a number of new initiatives, it lays equal stress on the maintenance of existing assets. Chris Devitt speaks about this and related aspects of the work which is carried out, “We want to continue providing additional services for the city and its recreational facilities.

“At the same time we need to recognise that we are quite an old city in Australian terms. We ensure that while we are focussing on the new, we are also looking after the existing assets, which again is a key part of our role – the renewal of aging assets is a major issue that we have to keep our focus on because if that is not maintained, all the good work will start to unravel. “The other key factor in recent times is on workplace health and safety. We are the only local government authority in Australia that has federally accredited workplace health and safety systems, which again is an indication of good systems and processes and how important that is. That is something we have put in place and embedded in the culture of the organisation.”

Orange City Council has embarked on an ambitious museum project that will have exhibits pertaining to the region, as well as major touring displays. It is an $8 million project, federal funding has been approved and construction is well under way. The building will have a striking and aesthetically pleasing design, including a turf roof, and is located in the centre of Orange.
Over the years Orange City Council has completed a number of successful projects and several more are in the pipeline. Council has played an important role in making Orange an important health centre and increasing employment opportunities in the city. Chris Devitt says, “We love a challenge. We are always looking to improve the service delivery for our community and there are plenty of opportunities to do that. We get into that framework where we are constantly looking for new opportunities and success builds on success and we have been quite successful at securing additional funding from the higher levels of government that help to fund these projects.

“We have been able to build that reputation over many years to the extent that not every funding application is guaranteed a success, but the rate of success is pretty high and we have kept building on that.”

WHAT: One of the regions fastest growing non-coastal communities. 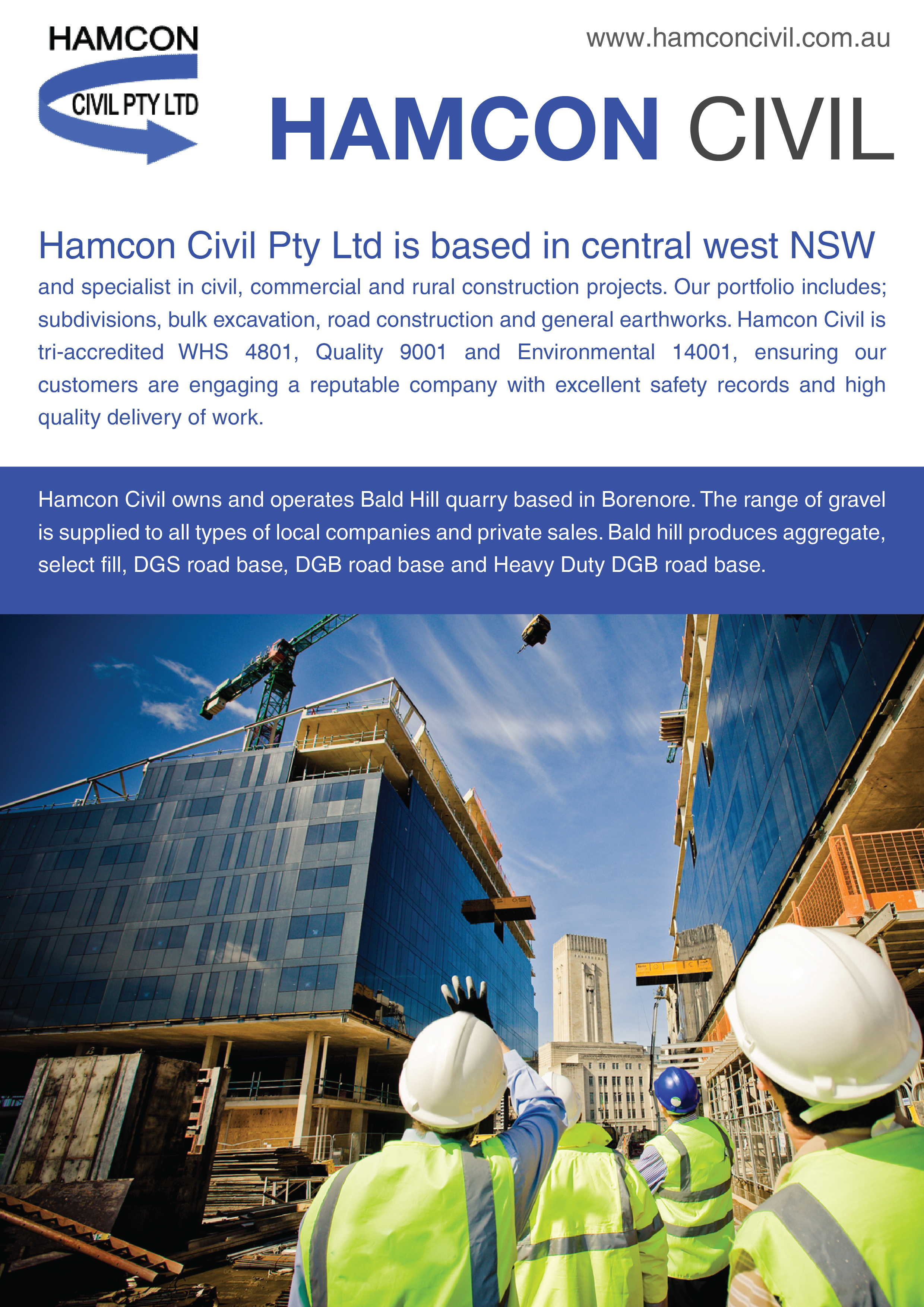 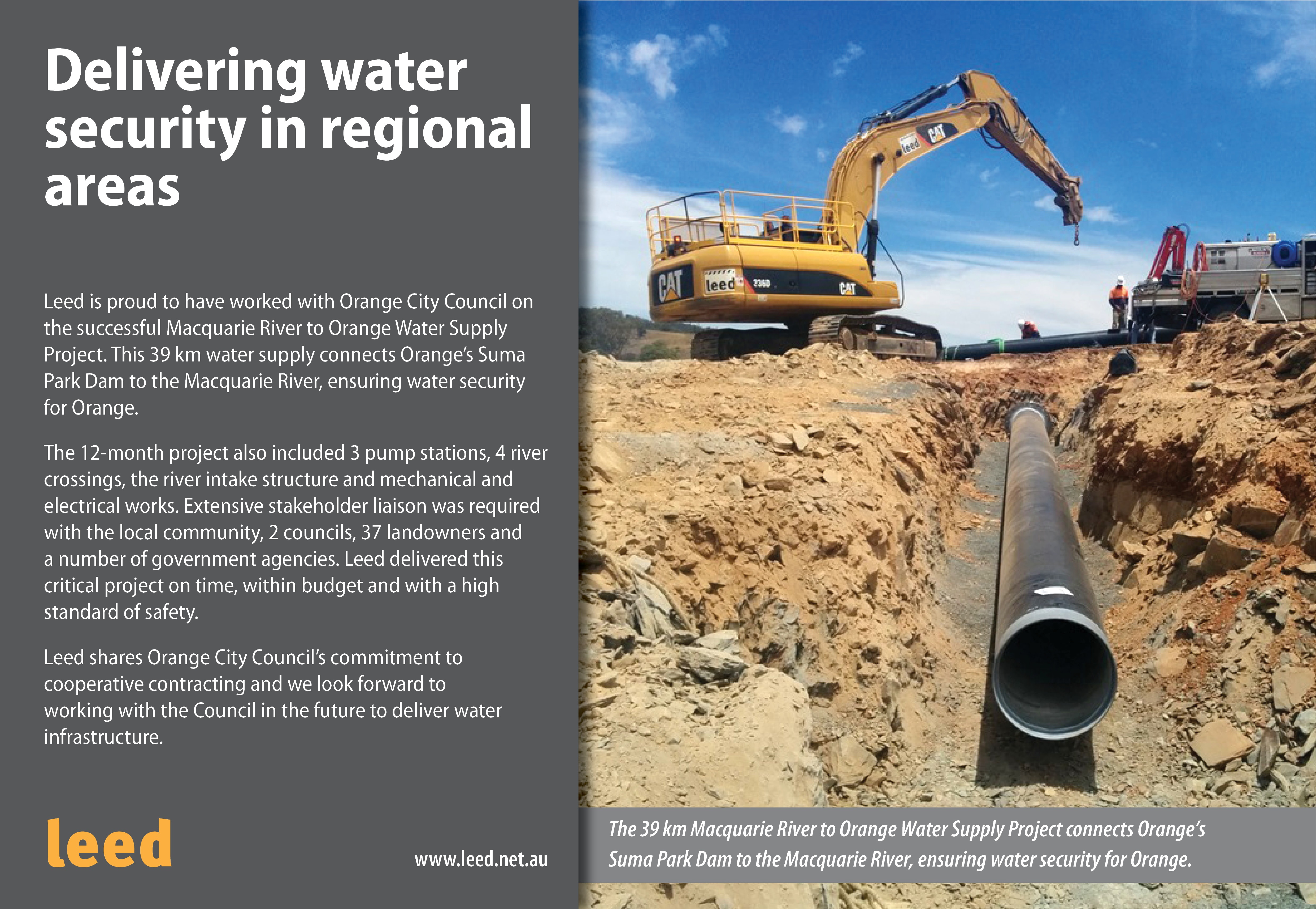 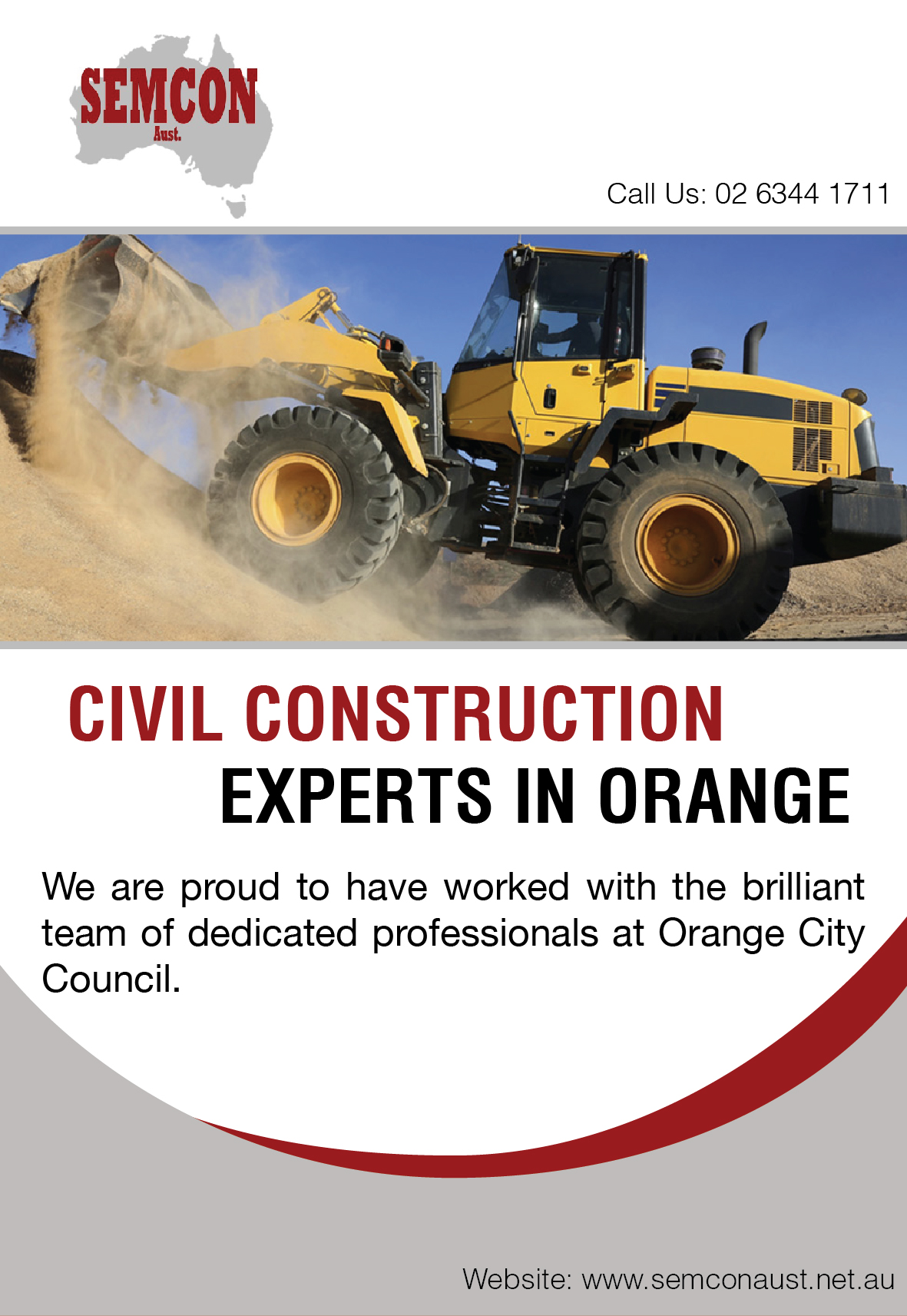 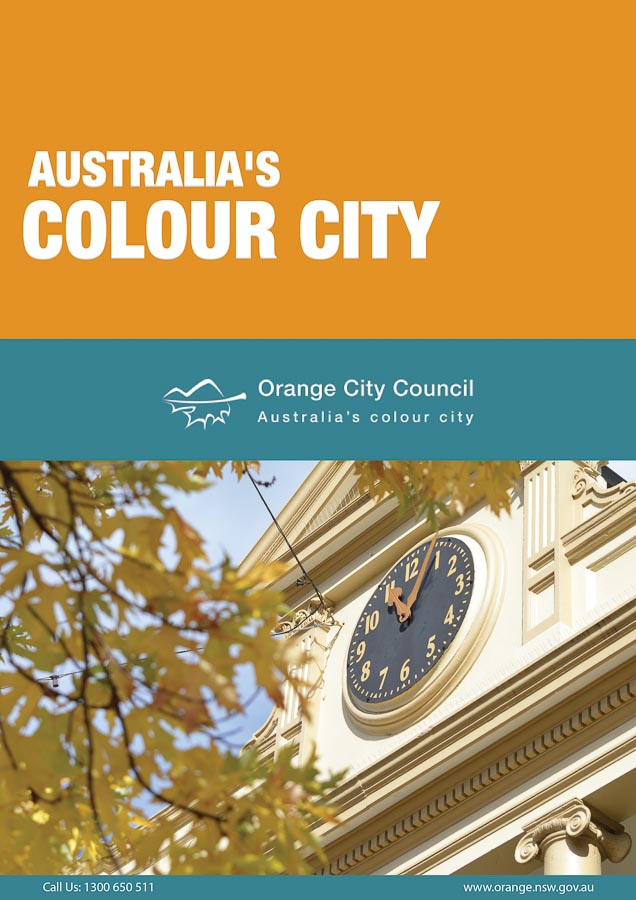