All about holistic wellbeing

In the 1950s, Christchurch, New Zealand was in step with the rest of the world, seriously contemplating the growing need for aged care and how to provide for its elderly citizens. With that in mind, a notable Christchurch businessman, Ernest Adams, donated land to the community for the building of an aged care facility to service the local population. Originally called Windsor House, the campus and the organisation evolved over time into WINDSORCARE that today encompasses 49 independent cottages as well as the main building, which houses 80 residents at hospital and rest home level care and features a Specialised Care Unit for residents with dementia.

The care facility is a modern two-story building surrounded by beautiful gardens that impart a calming influence in the heart of a busy suburb. On the upper floor are 40 hospital beds while the ground floor hosts the 20-bed dementia wing and 20 rest home beds as well as the services area. Each resident in the facility has a larger than average single room with ensuite. In essence, WINDSORCARE provides a well-rounded environment where residents are perfectly safe, both physically and emotionally, in the hands of highly trained staff. Business View Oceania spoke with Dr. Warren Smith, General Manager of WINDSORCARE, about the evolution of the facility, the biggest challenges on the horizon, and the unique philosophy of care that he brings to the organisation. The following is an edited transcript of the conversation. 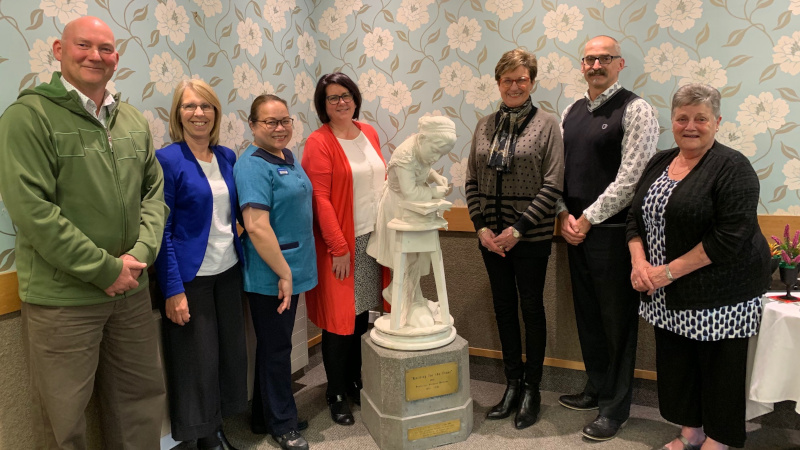 BVO: What goals have been achieved since you came to WINDSORCARE in 2015?

Smith: “Aged care is a vibrant space where new impulses and understanding of the ageing paradigm confront and challenge us to adapt and grow as a group of staff each and every day. As a consequence, I’ve been very careful not to get caught up in big visions right from the beginning, but to remain flexible in an ever changing aged care landscape so that our wider support community, including our contract partners, recognise us as a place where it’s ‘big action, not big talk! When you walk into this facility, you’ll be greeted by people who are happy to say “Hi” and engage with you because it’s the most natural thing in the world to look after somebody, not because some boss tells them to do it.

“In order for us to be able to operationalise ‘big action’ just over 82 percent of our staff are fully qualified. One of my priorities was to make sure they are right up there in terms of their knowledge base and competencies. We only get funding in New Zealand for having 60 percent of our staff at Level 4 – the highest level of clinical qualification for caregivers. But I take the financial hit for training to have a really solid competent organization around me. That’s why people come here because they know they’ll get the best care. Furthermore, we are now a learning hub for Allied Health and clinical health professionals. An excellent example of how we are benefitting from that approach is that we have just welcomed a group of nursing students coming out from the University of Taiwan to experience the New Zealand aged care industry. It’s important that we have become a destination of choice where people say “Wow, this is where we can do some serious learning!” The positive consequence to that approach is both from a student’s perspective, but also from our residents’ perspective, as they are surrounded by competent staff who are living and working daily at the correct end of ‘best practice’.

“The second most important change was then looking at the environmental stimulus context of our facility. The facility that we have is a bit of a box; and we had to spend the time to bring life to that building. There has been a lot of outstanding work done to that space, particularly with the most amazing Specialised Care Unit. My diversional therapy team are absolute stars and a lot of our resources in the last three years have been spent on developing and building the capability of that section to achieve our higher purpose. Engaging The Clown Doctors, more Diversional Therapy hours, as well as going from three to 17 volunteers have all played their part. However, the most significant positive impact has been achieved by removing ‘silos’ across the experiential environment. For example, we no longer see our facility as divided up into Dementia, Rest Home or Hospital residents and so on, but an integrated ‘community’ of 250 (facility residents, retirement village residents and staff) adding value to each other’s lives.  From the perspective of residents and their relatives, the change in methodology has been absolutely stunning”.

BVO: Where do the Clown Doctors fit into the story?

Smith: “In terms of adding a broader, more meaningful living environment for the residents, we’ve engaged an international group known as The Clown Doctors. Practitioners that study with the support of a University in Germany. Their specific skills are found through using entertainment to help us bring a higher quality of life to the resident through memory based stimulation, and in the course of their activity provide valuable feedback to staff on a person’s wellbeing which we then take into the practice setting. It is a magnificent collaboration of practitioners supporting practitioners!”

Smith: “The size of the operation hasn’t changed since 2016. We are definitely limited by the size of our platform. In relation to our care facility we are limited to 80 beds. But in November 2019, we cleared some neighboring sections in order to build more cottages for our village. Another eight cottages will be built in the next year and we have plans for more going into 2021, which will eventually take us up to 70 cottages. Once we reach that size, that’s as big as we’ll get. The cottages are of course independent living, and we are aware if we were to get any bigger (in terms of cottages) that we would no longer be able to give surety to our village residents that our aim is to ensure transition into our facility as their needs change.”

BVO: What are the biggest challenges for WINDSORCARE?

Smith: “Finances remain very challenging for us as a Charitable Trust. The last few years has seen significant wage and compliance pressure placed on facilities overall which has not been recovered through our key partnership contracts. As a smaller, independent provider financial stressors hit us harder since we don’t have ‘big brother’ to fall back on!

“Digitisation. Slowly but surely the industry is evolving its systems to digitisation. However, as a result of the risk matrix that’s inherent here in Christchurch, in and around earthquakes, the ability for us to access and connect to the internet in case of natural disasters remains problematic. So we aren’t as interconnected at that level as a lot of other forms of businesses are. Simply because if the internet was to go down during a big event, we wouldn’t have access to records for our residents’ care, and we refuse to go there. So we are deliberately technologically behind.

“From a clinical perspective, the industry is facing a change due to the inclusion of bariatric care. Nothing’s changed in the challenges of heavy lifting and the number of people it takes to do it. Once we start having people over 200 kilos, then we have to move our capabilities in a different direction. Although currently not a challenge, we do have an eye to the future.”

BVO: What do you see for the future of healthcare in New Zealand?

Smith: “Inevitably, I see some very significant challenges as providers with profit driven philosophies clash with the expectations of a clientele unable to pay for the luxury suite of services. We can already see the majority of new market growth is in the top end ‘chandelier hanging from the ceiling’ type place. However, there is a much bigger base of ordinary New Zealanders who will also need care, but have no means to afford what is on offer. As such, the government is going to be challenged because the big players are going to disregard the lower end of the spectrum to concentrate on where the money is. And the big question is who is going to pick up the rest? Suffice it to say, these are all economic arguments which still don’t get to the core reason for our being which is to look after the elderly in a way that promotes and enhances their lives, however long they may be! In other words, the dynamism of change in the industry is set to continue for some time which will keep us on our toes as we look to remain relevant as a provider of care to the elderly.”