The Shire of Barcoo – An exceptionally unique place 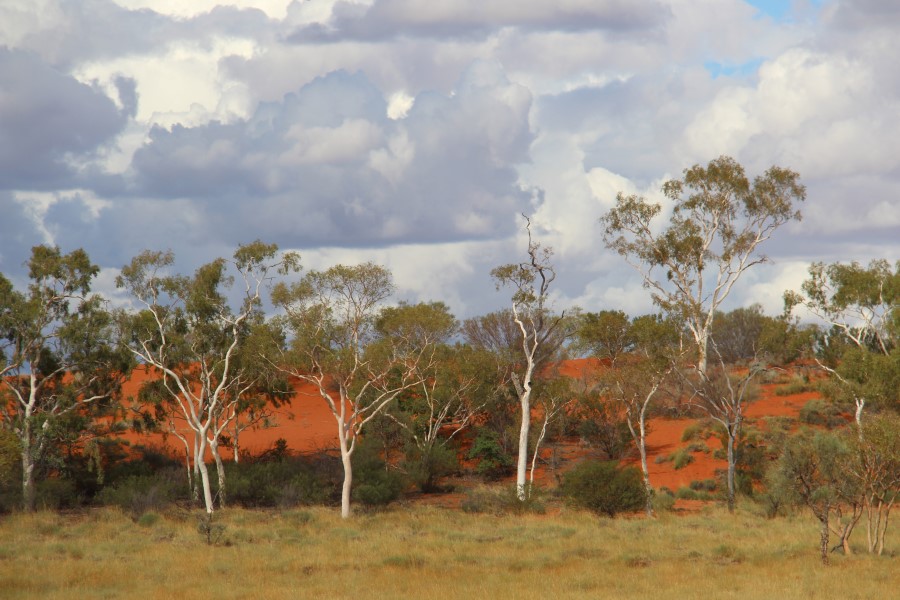 The Shire of Barcoo, one of the biggest local government areas in Western Queensland, is a place of exceptional beauty and a rich history. The shire incorporates the townships of Jundah, Windorah, and Stonehenge covering an area of almost 62,000 square km. The Thomson and Barcoo rivers reach a confluence to form Cooper Creek, an exceptional site with strong historical values. The surrounding regions offer many opportunities for outdoor recreation with fantastic wildlife and flora and numerous activities such as golf and fishing.

Despite covering a considerable area, the Shire is home to a small population of about 350. In fact, the Barcoo Shire Council employs about 16 percent of the population while the percentage of people relying on the Council for income purposes sits at around 40 percent. Agriculture, tourism, and local government are the three major economic drives in the area though the rural community is experiencing a reinvigorating era ahead thanks to the hard work of the Council. 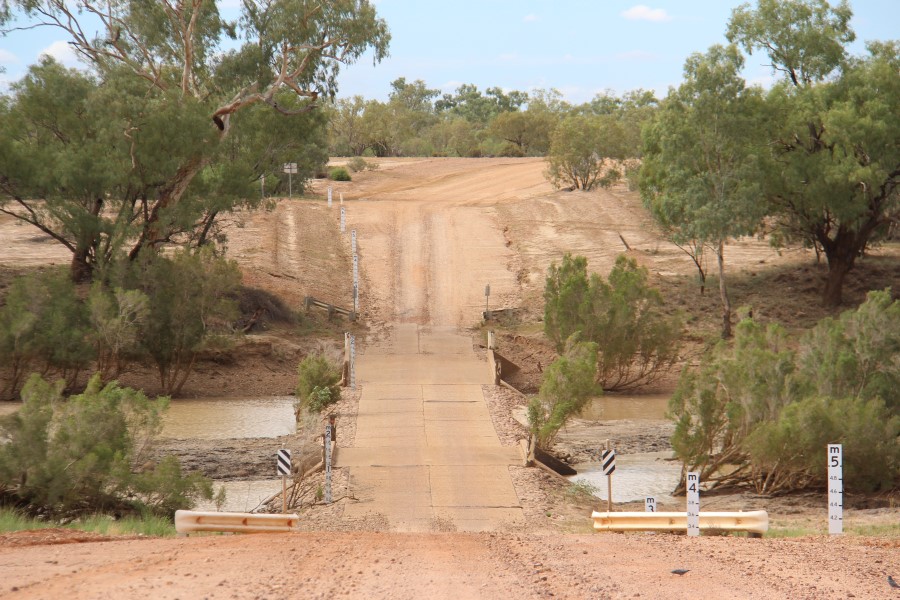 Intertwining the Council in the community

More than most Councils in other municipalities, the Barcoo Shire Council is deeply involved in virtually every aspect of the community. It acts as the backbone to most economic, social, and cultural activities in the region and it provides support for countless services. For instance, the council is responsible for the operation of the school bus, a service that would normally not fall under their responsibilities. Because of the unique characteristics of the shire, such as its small population, the Council had to assume a very active role to ensure the wellbeing of the community and the stable and continuous operation of public services.

To positively affect the economy of the region, the Council had to take a comprehensive look into the wider area and develop a strategic plan that would benefit not only the economies of its own townships but those of the surrounding areas as well. For one, the expansion of sealed roads allowed economic growth to spread out. The influx of services was a direct result of that and now the Council is concerned with building infrastructure to attract visitors and build more interest in the commercial market. According to Robert O’Brien, the Council’s CEO, the hope is that by providing the initial services and necessary infrastructure, the private sector will take over and breathe new life to the region. 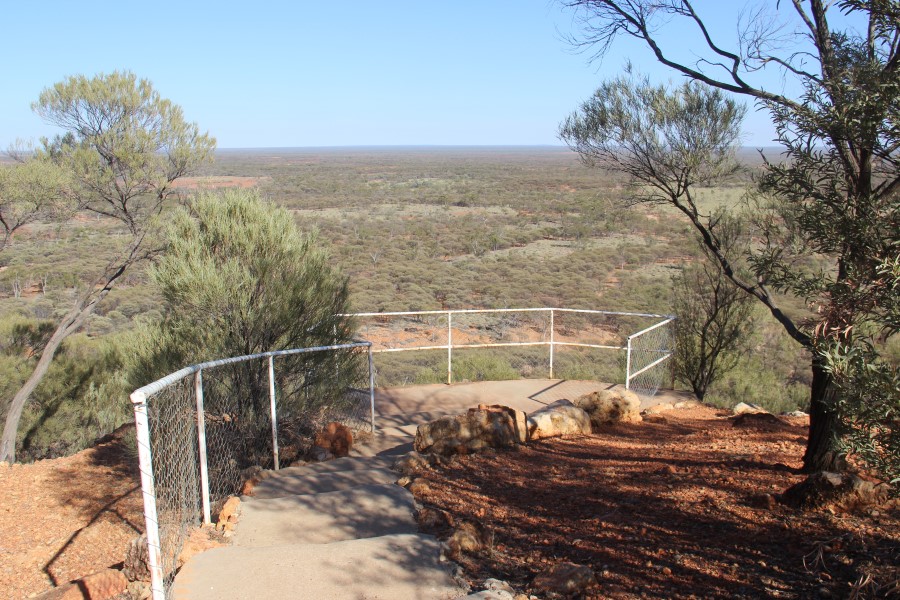 Heavy investments in the road network

Because of all that, it is easy to see that the Council’s investments in the road network have benefitted the wider region as a whole. Of course, a big part of their workload is completing road projects for the state government.

“A big part of our work is doing work on behalf of the state government on the state road network. If we can get that average of 10 to 15 kilometers per year rolled out, we will still have at least a 10-year program ahead of us. A lot of these roads, which were originally part of the beef roads network, are just five meters wide with single lanes. So after we have gotten everything paved, the next step will be to widen these single-lane sections and this will take at least 10 to 15 years. And that’s just on the state network. We’ve also got about 1200kms of our own road network which is pretty much all gravel or natural formation of sandy soil”, explains Robert.

As one can plainly see, a lot of money has been utilized in improving the road network. Thankfully, government funding and federal programs have helped tremendously in this regard. Programs like Road to Recovery are vital to communities like the Shire of Barcoo. Since sealing the roads, people’s destinations have also changed dramatically, both socially and business-wise. Socially, people are much more likely to visit areas with decent infrastructure. And as far as business is concerned, the beef supply network goes directly through the region so these investments are essentially value-adding to the people of Queensland.

Developing a network for telecommunications

Another major project for the Council has been the development and maintenance of a decent telecommunications network. Though this has been an ongoing concern since 2001, views on technology were much different back then than they are today. In the last 15 years, mobile technology has exploded to unprecedented levels with the number of connected devices far exceeding the world’s population. The most frequent comments in the Council’s guest books have consistently been about better mobile phone coverage which is just another testament to the importance of such an endeavor.

Providing good coverage for mobile and internet networks is vital in this day and age across every aspect. On an individual level, there are loads of people who wish to work from home, access education services, and become connected for social and entertainment purposes. On a business level, modern enterprises are required to have an Internet presence vital for fast communication, administration, and finance. On the public services level, hospitals, schools, libraries, and various other utilities absolutely have a need for fast and stable Internet connections as well. 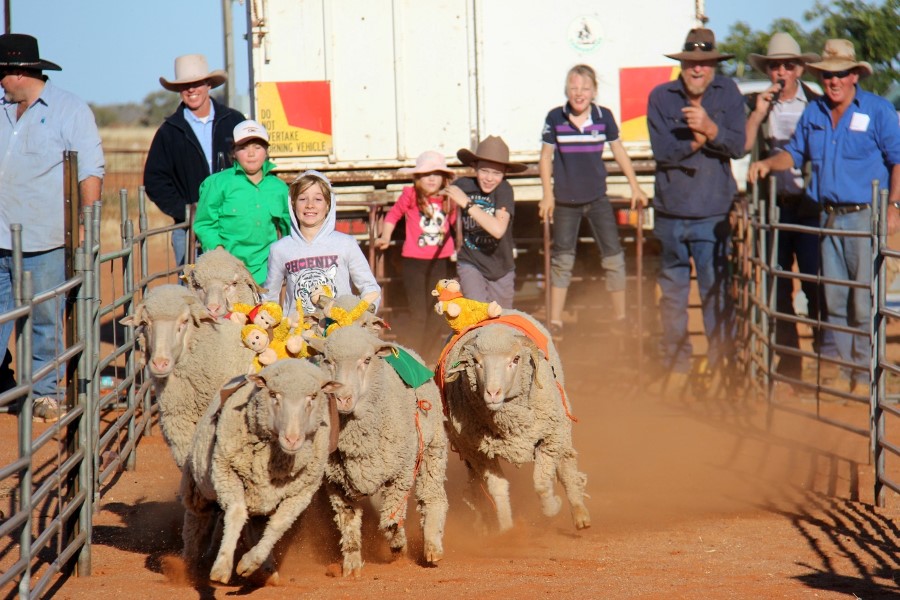 As is the case with many other small councils, the Barcoo Shire Council has to establish plans decades into the future. Though the road network will take a considerable amount of its time and resources, the Council also looks in other areas for improvements too. Sustainability, for instance, is a big concern. When they first started regulating water supplies, they Council quickly looked at the cost of producing water. Once the first water treatment plants were established, they also quickly realized that the cost of treating all of the water was highly ineffective. As a result, they now only treat about 20 percent of the water which makes people use it much more efficiently while cutting down on costs.

Overall, the Barcoo Shire Council should take pride in being so actively involved in the community and responding to their needs in as quick and efficient a manner as possible. Though their work is challenging, they have risen to the occasion more than once and the community has directly benefitted as a result. The shire might seem small in comparison to others in the surrounding region but its economic and social impact is considerable indeed.

WHO: The Barcoo Shire Council

WHAT: The council presiding over the Shire of Barcoo, incorporating the towns of Jundah, Stonehenge, and Windorah 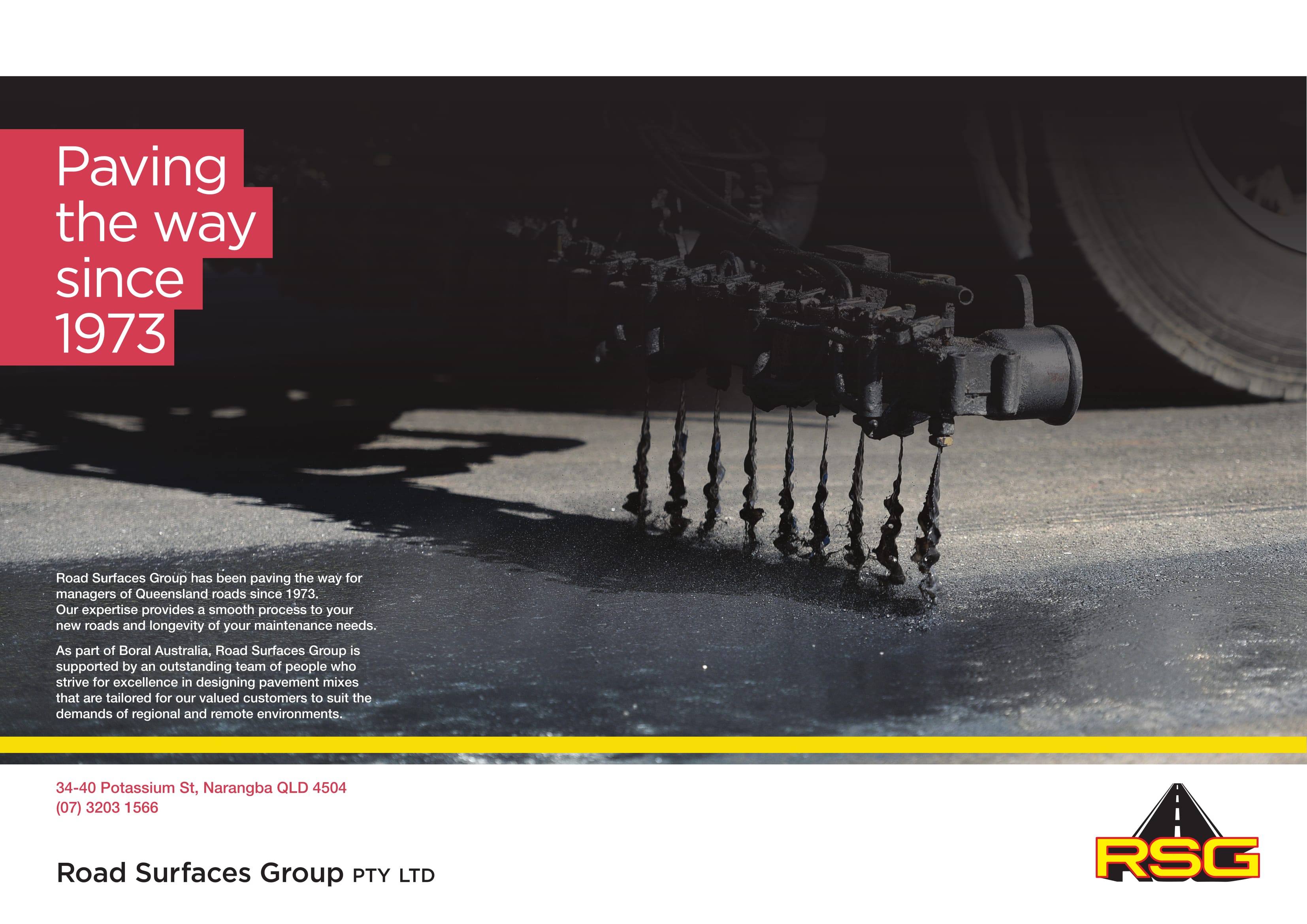 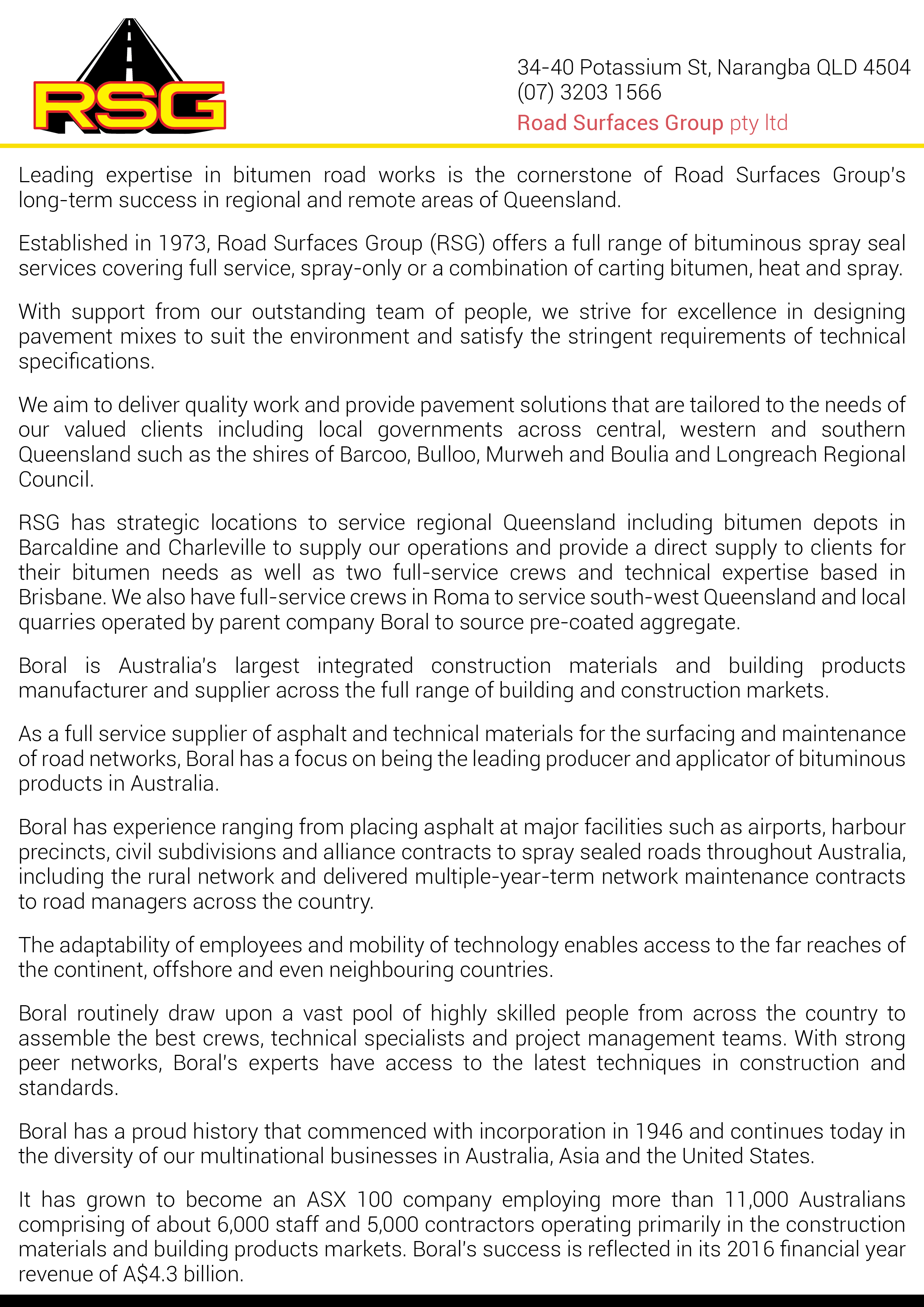 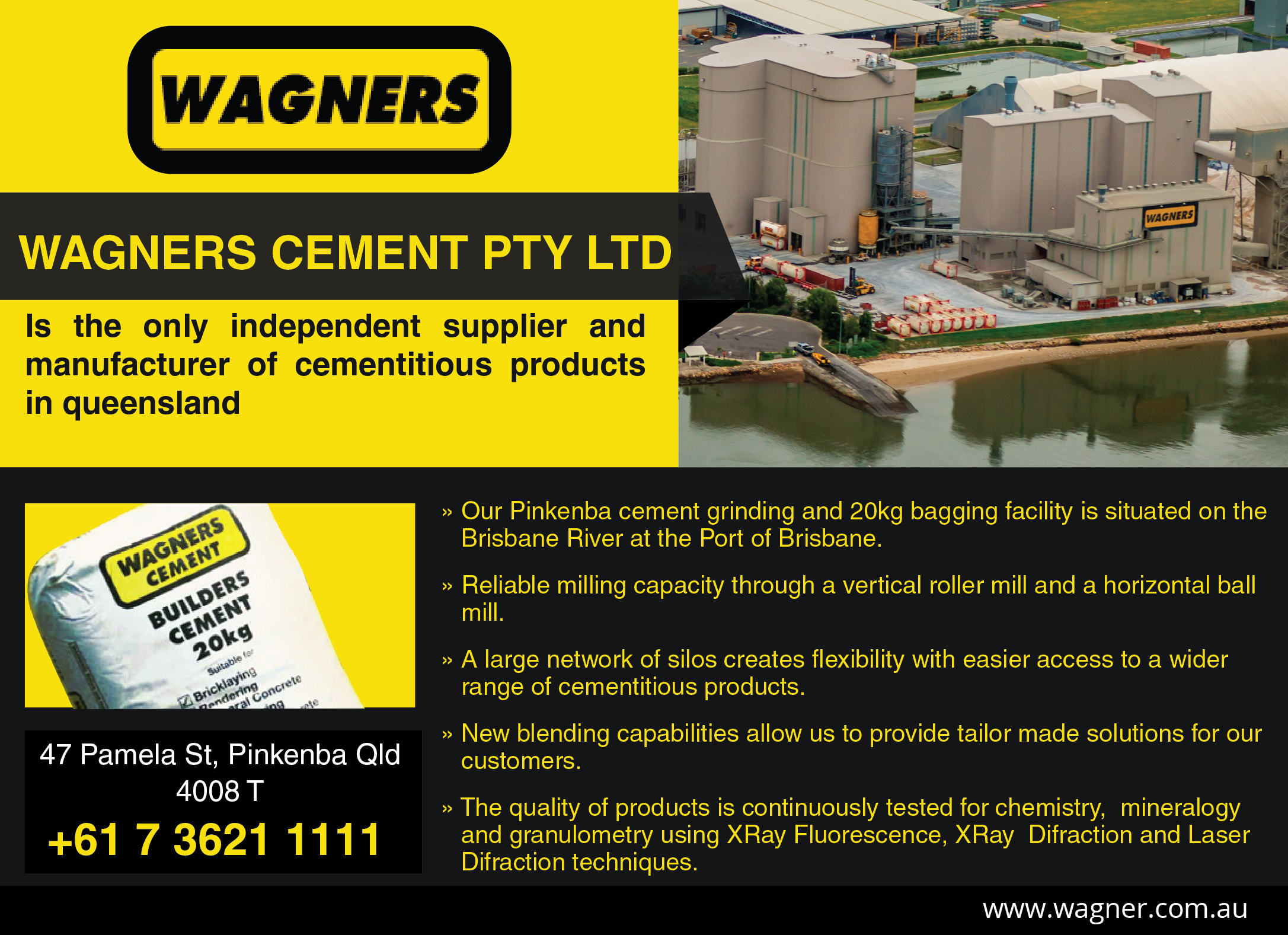 Shire of Broome – A site of historical... 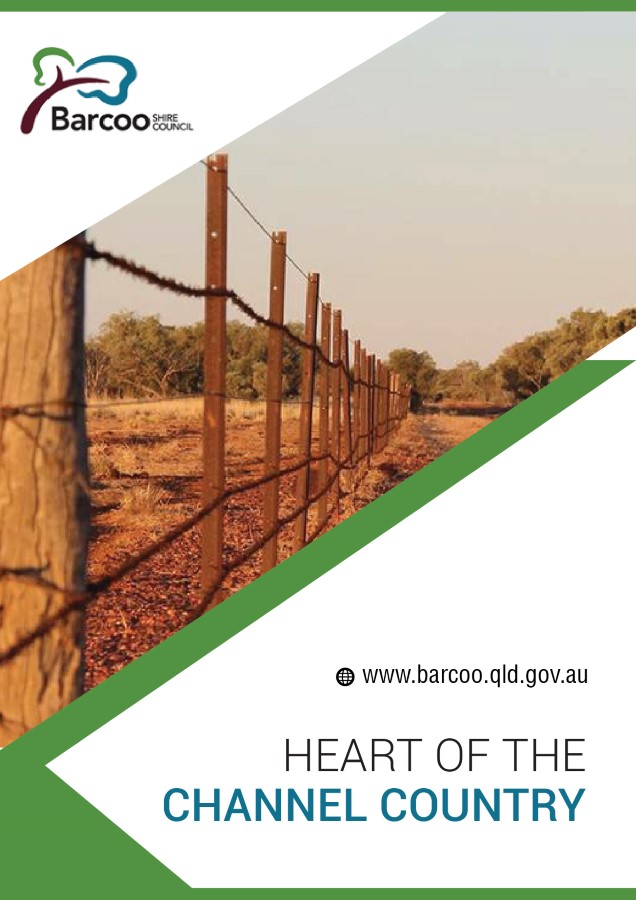