Central Coast Council – Committed to the Betterment of Residents’ Lives 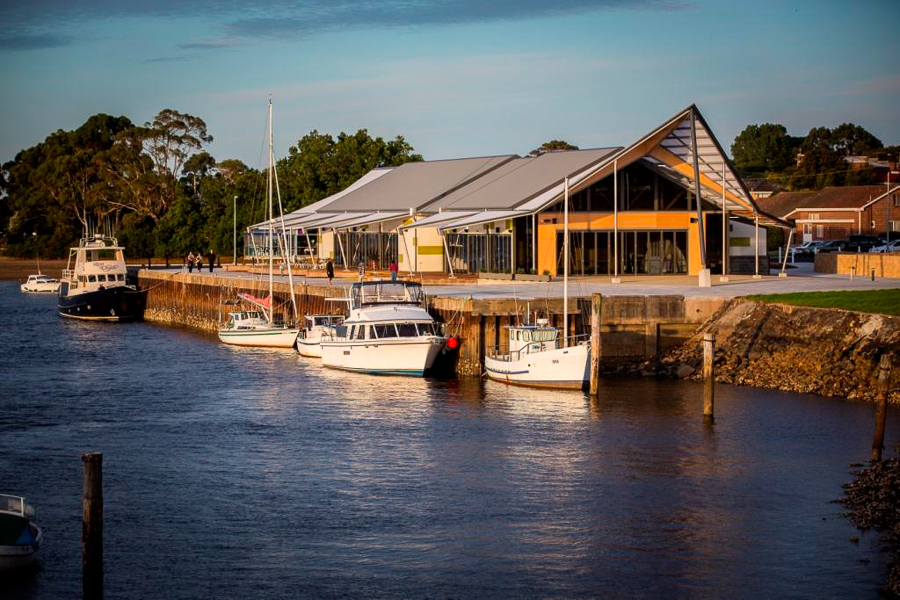 Home to a population of over 22,000, Tasmania’s Central Coast municipal area is one of the most picturesque in the country. Its coastal beaches, fertile countryside and moderate climate make it an ideal place to live and work.

The area falling within Central Coast Council’s jurisdiction spans 932 square kilometres. It is set in the heart of Tasmania’s North-West Coast and 85% of the population lives along the coastal strip.

“There are quite a lot of farms in our area as well. We have the townships on the strip near the coastline and we have the agricultural area going back to the hinterland.

“We have two big population centres, one in Ulverstone and one in Penguin. We have lots of great cafes. We also have some really good recreational facilities.” 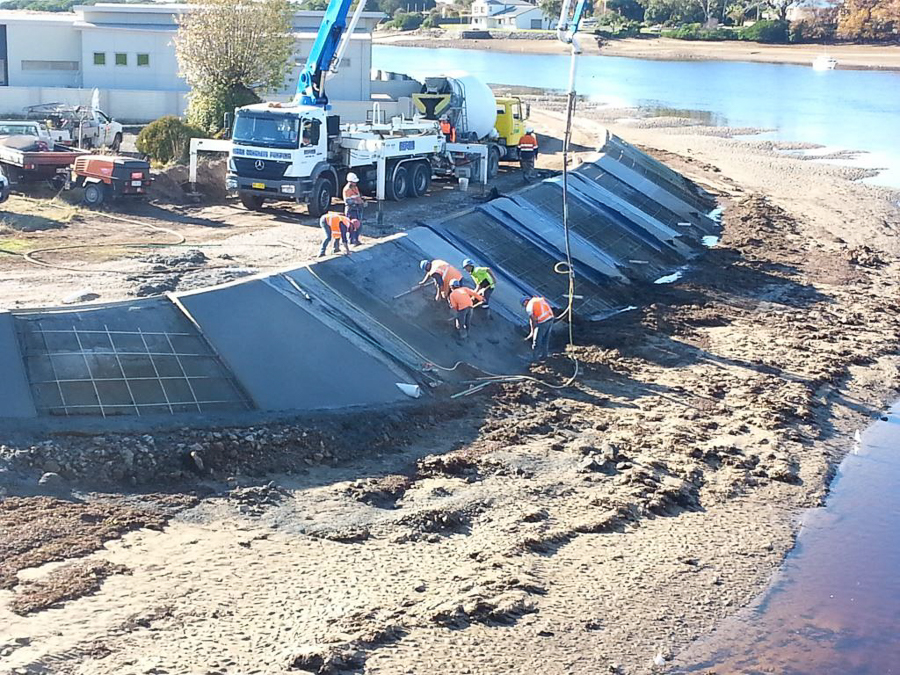 Agriculture is an important activity with local farms producing crops of poppies, pyrethrum, peas, potatoes and onions. The area also produces timber and has a number of livestock enterprises.

The smaller townships in Council’s area include Forth, Gawler, Heybridge, Leith, Sulphur Creek and Turners Beach. There are several kindergartens, primary schools and secondary schools in the Central Coast area along with a number of recreational facilities. Senior citizens clubs, nursing homes and hostels cater to the needs of older residents.

Council has undertaken a number of projects to improve infrastructure and provide additional facilities for its residents.

The floods in 2011-12 caused extensive damage resulting in five areas within the municipality being isolated. Four bridges were destroyed and the accumulated water resulted in 22 road closures.

Council incurred a cost of about $5 million to carry out repairs. As this expenditure was not budgeted, it was necessary to curtail certain other capital expenditure. A sum of $3 million was made available through this route. 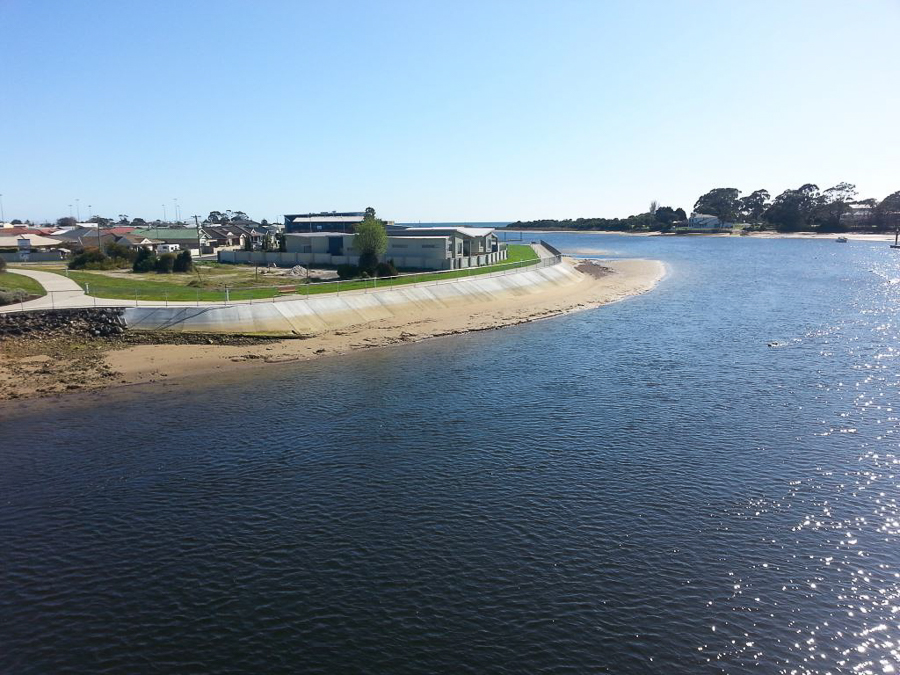 Many embankments were repaired with environmentally friendly “Green Terramesh” gabion baskets. These are rectangular wire mesh baskets filled with rock to form flexible and permeable structures. They are an ideal solution for landslips and washaways as they work well and are cost-effective.

The Dial Regional Sports Centre is located on the southern side of the Bass Highway adjacent to the Penguin High School and the Penguin Primary School. 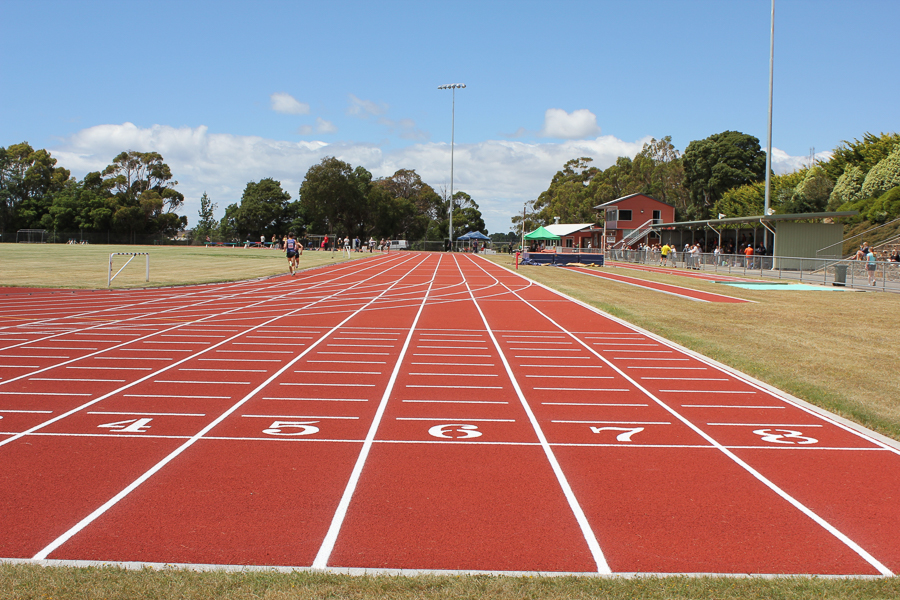 It is proposed to develop two sports ovals and associated facilities at this site. After conducting various studies and receiving community feedback on the subject, Council has decided to relocate the Penguin Football (AFL) and the Penguin Cricket Clubs from the Penguin Recreation Ground to the Dial Sports Complex.

The project will also explore the option of relocating the Cuprona Football Club from the Heybridge Recreation Ground to this site.

The detailed design for the entire project will be completed in early 2016 with the construction of the ovals and the access roads slated to commence in mid-2016. The remaining facilities, such as the shared pavilion, car park, irrigation, lighting, playground, public space and drainage works will follow by the end of 2017.

It is estimated that the project cost will be $10.5 million. Funds will be made available from Council’s budget, the sale of surplus land, loans and external grants. The surplus land to be sold has been identified east of the Dial Sports Complex and will be prepared for sale to help fund the improvements. 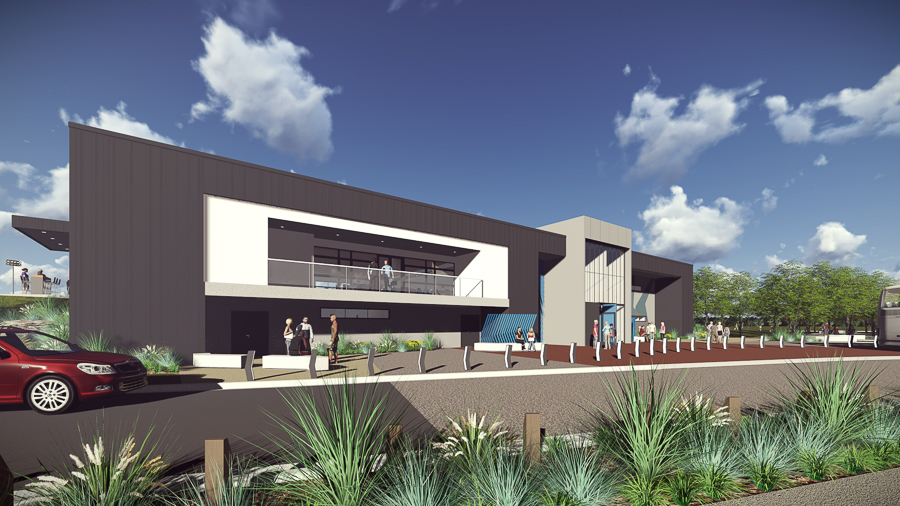 The Sports Centre will also be provided with a shared pavilion facility, which will include function rooms, change rooms, an undercover viewing area, meeting spaces, kitchen, office space, kiosk and toilets accessible to the public.

“This exciting project will see two AFL-size ovals suitable for football and cricket along with clubroom and associated ancillary facilities developed on the site. Extensive consultation with the community will take place over the coming months to ensure this development will meet the needs of all the stakeholders into the future.”

A partnership has been entered into between Council and the Central Coast Chamber of Commerce and Industry (CCCCI) to provide free Wi-Fi in the central business districts of Penguin and Ulverstone.

According to the terms of this arrangement, Council provides the infrastructure and the CCCCI manages the website and business aspect. This partnership model between Council and CCCCI to provide free Wi-Fi to the community is the first of its kind in Tasmania.

The Leven River passes through the centre of Ulverstone. A major project involving the renewal of the Leven River seawall was recently completed. John Kersnovski, Director Infrastructure Services, described the work that was done here by Council, “There was an old retaining wall there that was starting to fall to pieces and thankfully the State Government was able to give us a substantial contribution towards the project which replaced the wall but then also allowed us to extend our shared path network.

“We have a fairly extensive shared path network. Now we have been able to take it to the other side of the river. It is a pathway on top of the retaining wall and then it goes for about 700 metres more to the mouth of the river. We are a very active community and Council has plans to continue with the shared pathways.”

The reconstruction of the seawall received a $685,000 grant from the State Government. This sum allowed the renewal of the seawall with the Council funding the shared pathway.

The project includes beautification of the area along with landscaping, lighting, seating arrangements and plantings.

The Ulverstone Wharf Precinct was developed as a community space to provide a range of facilities, including a restaurant, an area for civic or community events, markets and festivals. The project was completed in three phases and includes a pedestrian thoroughfare and shared pathways to the CBD. A new bridge over the Leven River has also been constructed.

The total cost of the project was $6.3 million. A grant of $950,000 was received towards this amount. A new pontoon has also been installed adjacent to the Ulverstone Wharf, with a funding contribution of $70,000 from Marine and Safety Tasmania. Extensive landscaping has been completed and a car park has been provided.

Central Coast Council is extremely well managed and uses its resources to provide a range of facilities and infrastructure to residents. The high quality of work done by Council was recognised at the 2014 Local Government Association of Tasmania Awards when Central Coast Council won the Delivering Excellence – Larger Councils category (councils with a population of over 10,000) for the facilitation and development of Penguin Mountain Bike Park.

The award specifically recognised that this facility would serve to boost sport, tourism and leisure in Central Coast. In addition to this, Penguin Mountain Bike Park provided the Central Coast Council, the Cradle Coast Mountain Bike Club and Equity Labour Services the opportunity to provide training to the unemployed.

Central Coast Council has done an outstanding job in meeting the requirements of its residents and planning for the future. The elected Councillors and the management team work together to ensure that resources are optimally utilised to provide the greatest benefit to residents.

While presenting the Annual Report for the Central Coast Council, Mayor Jan Bonde explained the philosophy that drives Council, “Our Council remains focussed and committed to creating a culture that values our natural resources and relaxed lifestyle and encourages creativity, innovation and economic vitality…Our greatest asset is our people and we value strong connectedness, our sense of place and community spirit.”

WHAT: Central Coast Council is an ideal place to live, work and play 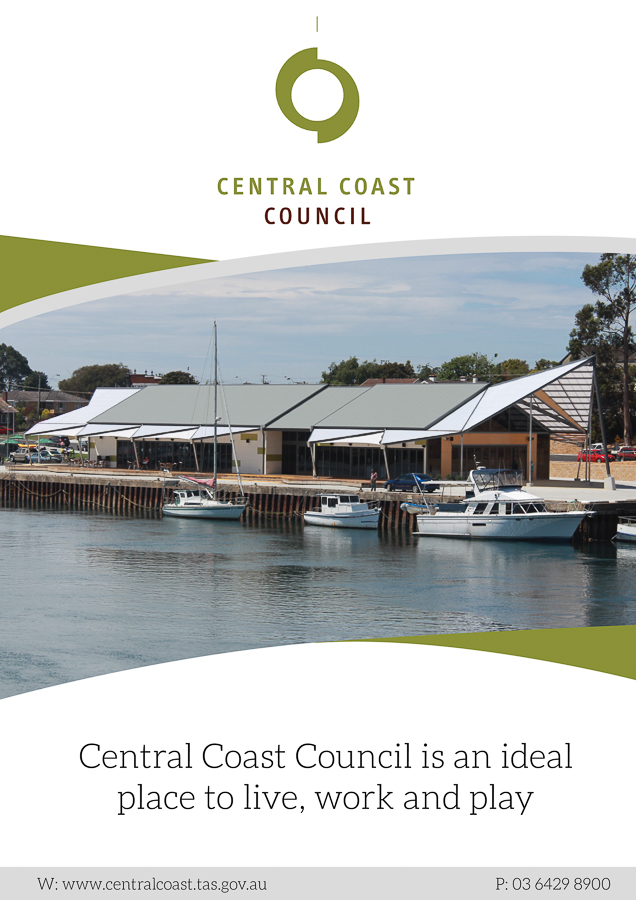