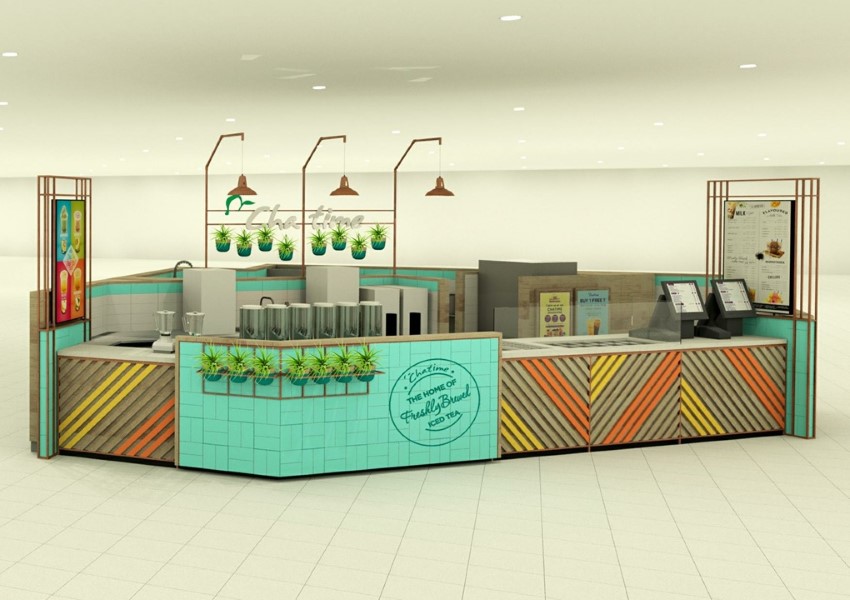 Nothing beats a cold, refreshing drink on a hot summer day as escaping the sweaty clutches of the scorching sun is always cause for celebration. Cha Time, one of Australia’s most popular iced tea brands, is probably one of the best places to be when the weather outside is better fitted for desert-dwelling lizards than human beings.

The franchise, which originated in Taiwan in 2005, first opened its Australian doors in 2009. Since then, its business has been expanded to 66 stores, 16 of which are corporate with the rest being owned by franchisees. Each location, or T-Brewery as the company likes to call them, delivers freshly brewed iced and hot teas in an assortment of flavors. The fresh ingredients are prepared in state-of-the-art tea brewing machines which have allowed the franchise to produce an incredibly varied menu of teas that can please every palate.

Though Cha Time originally became famous for its innovative bubble tea recipes, the brand is now attempting to redefine the brand’s image into the “home of freshly brewed iced tea”. Globally, shareholders were interested in the idea of giving the brand more of a Western appeal without betraying its roots or delving too far away from the original goals. By focusing on the freshness of the ingredients, such as the tea which is brewed at least every four hours, the Cha Time team believes that the brand will appeal to a wider Western audience. 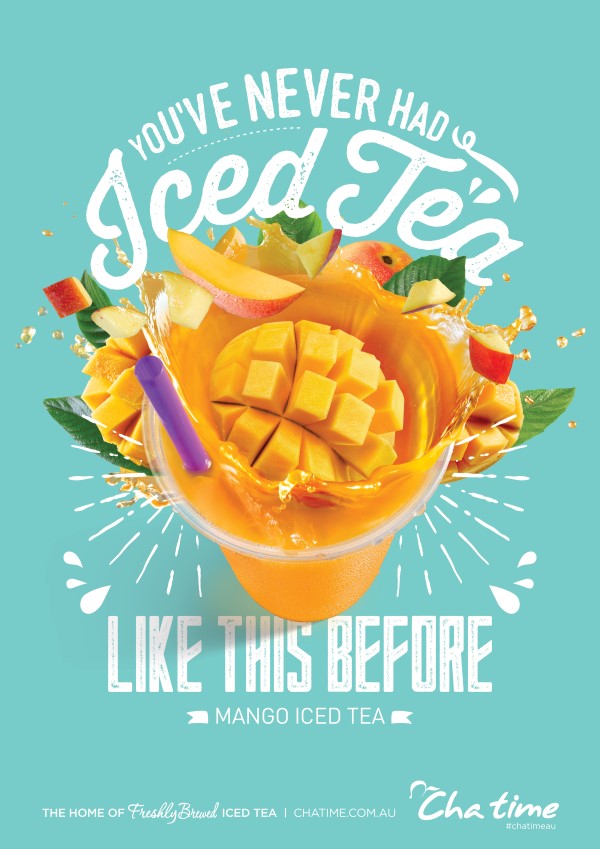 Carlos Antonius, General Manager, and Ben Hemphill, National Franchise Manager, explained more about this process: “The key part of the brief is that the shareholders globally were looking at how Cha Time, which trades in the bubble tea category, could step out of that space and develop a brand that had more Western appeal […] So we embarked on this brand review nine months ago and we have now gone to market with this new positioning for the Cha Time brand”

For anyone following Australian drink trends, this should not be surprising at all. Research has shown that iced tea consumption is on the rise. Combined with a global trend towards healthier living and eating, proclaiming Cha Time as the number one place to get fresh iced tea is a bold but smart move from the company. Even so, the ideals which the company was built on are still extremely important. Cha Time in Australia may focus almost entirely on a new image but it will still maintain important elements like the customization of drinks and, of course, the quality of the tea itself.

“Our positioning will move from being a bubble tea brand to the home of freshly brewed iced tea. The reason for the repositioning is that there’s been a significant growth in the iced tea category, not just in Australia but globally. And people generally understand iced tea as a category. So with positioning Cha Time brand as the home of freshly brewed iced tea, which reflects and represents our core, intrinsic, freshly-brewed tea, customization, product made-to-order, and quality ingredients”, comment Carlos and Ben.

In essence, Cha Time combines an enthusiastic new branding with a focus on the very people who run their own stores. That way, the company can be certain that its stores will be financially successful and that its brand will continue to enjoy a good reputation throughout Australia. After all, the staff members and franchise owners are at the forefront and everyone needs to be in-sync with the company’s philosophy.

“I would say that the most successful marketing tool is an engaged staff member in a T-Brewery, first and foremost. If we don’t have our partners, our staff, our franchise partners engaged and embracing the direction and belief of where we are going then nothing else that we do matters”, says Carlos.

Instead of trying to expand as quickly as possible, Cha Time has opted for a moderate growth that ensures the success of the brand and its partners. The company already knows where its supporters are and it continues to do everything in its power to strengthen its brand and build working relationships with partners and consumers alike. After all, both need to be satisfied in order to the franchise to be successful.

“It’s an ongoing process. If we go back to our stores and our staff, it’s ensuring that they are all provided the tools and the resources enabling them to do what they need to do within their stores. Marketing sort of overlays the brand and reinforces what Cha Time is about from a positioning perspective. But for us, employee engagement has been a big focus over the last few months”, according to Ben and Carlos.

The Cha Time team believes that happy and productive staff are crucial to the expansion of the Cha Time brand as a whole but also to individual stores. Obviously, profits are also important but creating a strong presence all around Australia is perhaps even more important. If a customer had a bad experience in a Cha Time T-Brewery, it would reflect badly on everyone involved with the brand. As such, every measure is taken not just to avoid that from happening but to cause an inverse reaction instead. 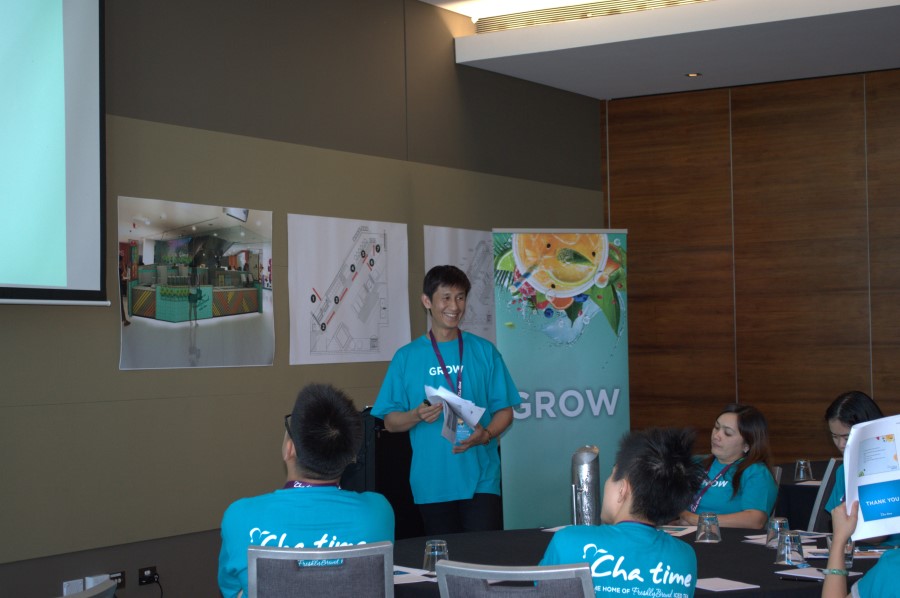 The Australian Cha Time outlets also follow the same supply chain model as the original Taiwanese franchise. Everything is delivered directly to the stores from the same company as a hands-on approach was deemed best. After all, the company originally made a name for itself due to the sheer quality of its drinks which included all kinds of fresh ingredients and great tea. Changes, of course, are to be expected.

“We’re a vertically integrated business. At this stage we distribute directly through to individual stores. We are, however, currently undertaking a logistics review to potentially see our business, while still maintaining a vertically integrated structure, move to a third-party, outsourced logistics function to provide our T-breweries with improved delivery options, to assist them with stock control, cash flow, etc. That’s something that we are working on at the moment and we expect to be able to go on the market later this year”, Carlos says.

The competitiveness of iced tea

These decisions are all made with a larger image in sight, the image of the entire brand. Cha Time, like any other franchise, faces several challenges in all the levels of its operation. Business of this kind are like living, breathing organisms. They need to adapt, change, and evolve in order to keep moving forward. And even then, there are a number of challenges that they have to face, especially when looking at the future of the company. After all, the industry itself is highly competitive. 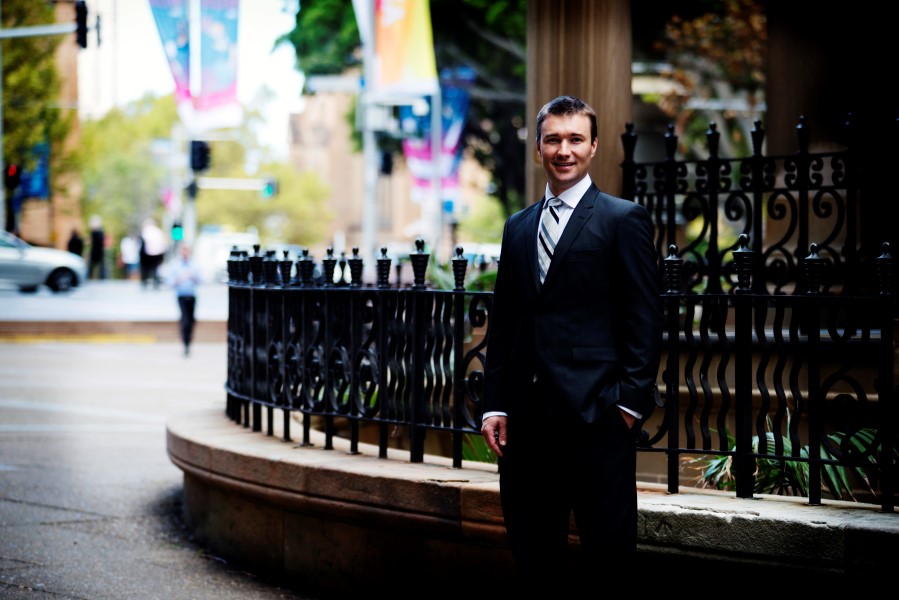 “It’s very competitive. I suppose that some of the challenges are inherent to any franchise system. The availability of good sites, and the market rates for those sites. Securing like-minded franchise partners. There are a lot of people who want to become franchisees but it’s about having the right criteria because you will have a working relationship with that person for a long time. One of the other aspects is just labor costs, typical of the Australian market. Increased costs mean there’s more and more pressure on management, franchise partners end up having to work longer in their businesses, brands look at increasing price”, laments Carlos.

Despite any challenges that it may have to face in the future, Cha Time has certainly had a considerable impact on the Australian market of ice-cold drinks. According to Carlos, Australia is now the biggest Western market of Cha Time, a considerable feat by any standard. The company’s future certainly looks promising, both globally and locally with over ten new locations to open over the next six months so expect to see a lot more Cha Time T-Breweries popping up near you soon enough.

WHERE: Various in Australia 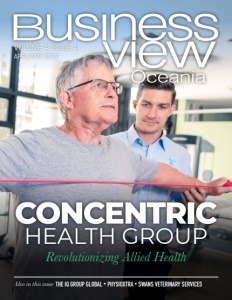 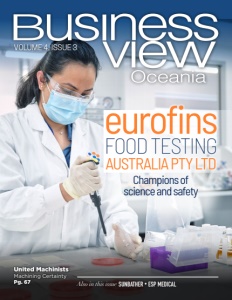 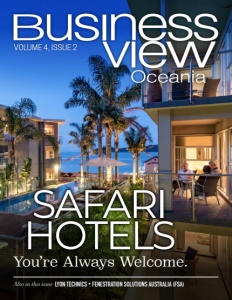 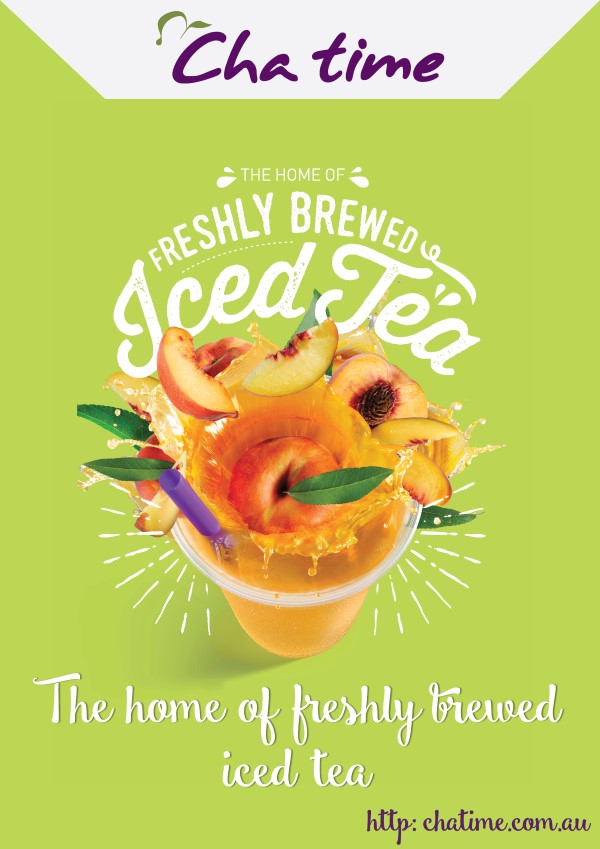