City of Bayswater – The Garden City 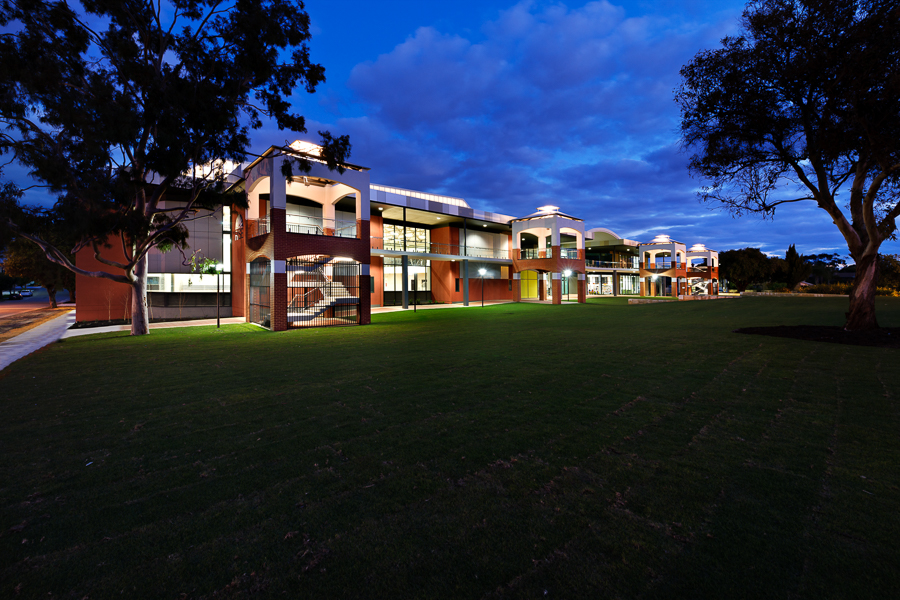 The City, an inner metropolitan local government approximately 8 kilometres north-east of central Perth, is situated between the local governments of Swan and Stirling and forms a corridor dividing the coastal plain development and the semi-rural escarpment of the Darling Range. It has a land area of about 33 square kilometres and includes the suburbs of Bayswater, Bedford, Embleton, Maylands and Morley, and parts of Dianella, Mount Lawley and Noranda.

Doug Pearson, Director of Technical Services of the City of Bayswater, is responsible for the maintenance and upkeep of roads and footpaths, waste management and parks and gardens amongst his other responsibilities. Describing the work carried out by the City’s engineering team he says, “We are a metro council and we had quite a large engineering workforce probably 10 to 15 years ago. We were still doing major road construction projects.

“As we are fully built out now, we are really in the maintenance phase in terms of our engineering. We are focussing on asset preservation. Our population is increasing so we are starting to get more traffic. Resurfacing and traffic management is the main focus for our engineering side.

Some of the major projects that the City of Bayswater has undertaken in the recent past are:

This is an iconic structure which was constructed by redeveloping the outdated Alma Venville Centre. It was a highly ambitious project that provides state of the art community and recreational facilities to residents. The redevelopment was completed in record time and has been financed by contributions from all three tiers of government. 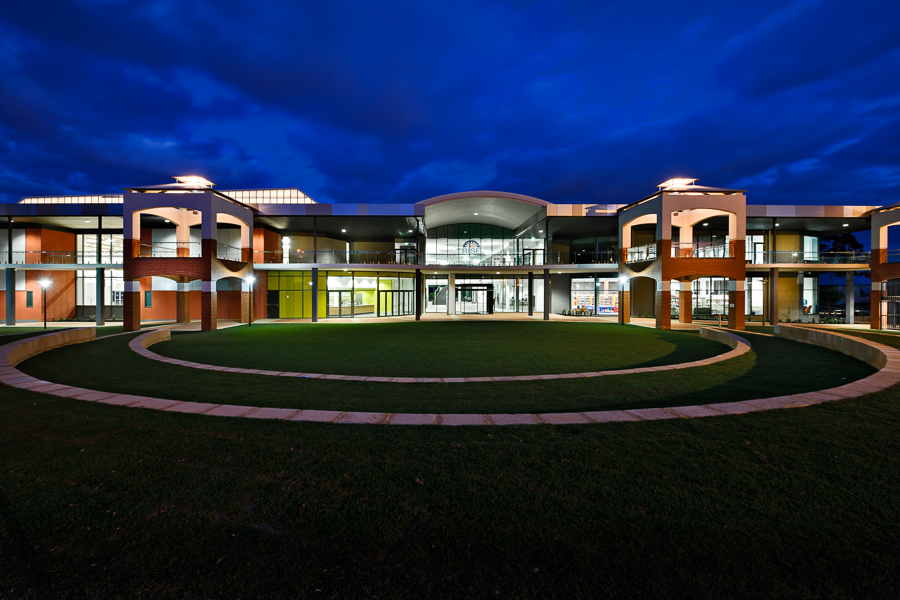 The funding for the $21.5 million multipurpose community and recreation centre included a sum of $10 million from the Federal Government and a further $7.1 million from Lotterywest. In addition to this, an amount of $ 500,000 was obtained from the Department of Sports and Recreation.

In fact, the financing arrangement is an excellent example of the coordination between the City of Bayswater and various levels of government.

Des Abel, Director of Planning & Development Services, explained the difficulties faced at the time the project was taken up, “The design process was a bit of a challenge. We applied for funding from the federal government and in 2009-10 we got $10 million and we had a tight time frame.

“We had to finish the project within one and a half years. We had to do the detailed design and construction within that time frame so you can imagine a development of that scale and nature within 18 months is quite a demanding and challenging task that we succeeded in completing.” 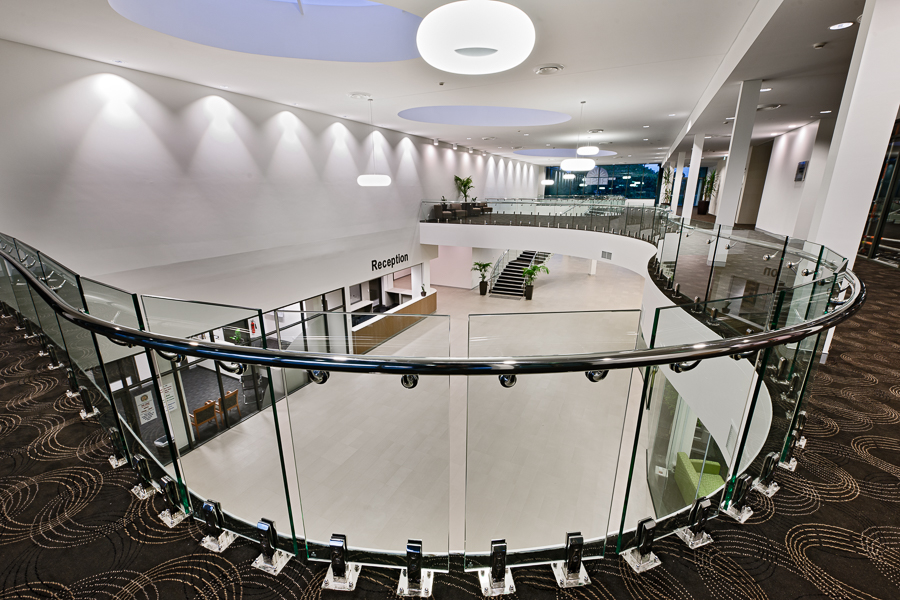 RISE is an acronym for Recreation, Information, Socialising and Entertainment and it stands for the large number of activities that the City’s residents can enjoy at the community centre.

The City’s Chief Executive Officer, Francesca Lefante, praised the staff for completing a difficult project on time, “The dedication shown by all those involved is outstanding and, in particular, I would like to acknowledge… the City’s staff in making this project possible; from our Planning and Development team to our Engineers and the Parks and Gardens teams, and all others in between, in delivering this project whilst juggling the delivery of other day to day operations and services to the community”.

The construction includes a number of features that make the building environmentally sustainable. These involved an additional expenditure of $ 700,000. The RISE has energy efficient lighting, 15kW solar panels, motion sensor lighting and double airlock entry doors to reduce electricity consumption.

The City took up an ambitious project to improve the existing cycle network at a local level and promote the greater use of cycling. This has great health benefits for residents, is environmentally friendly and also serves to conserve fuel. 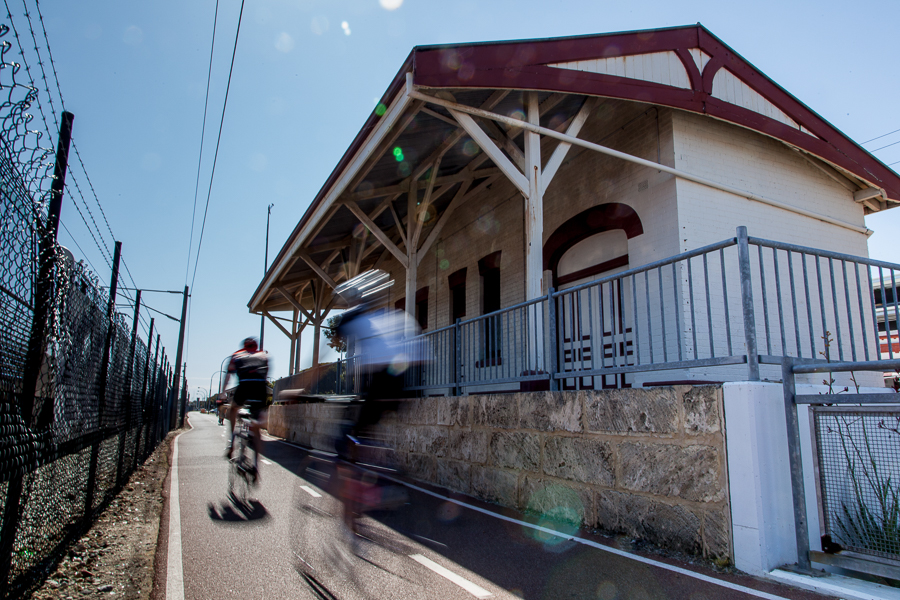 Cardno, an engineering consultancy was commissioned to develop a comprehensive Local Bike Plan for the Bayswater Local Government Area. Their brief included the design of an interconnected cycling network to provide a comfortable and enjoyable cycling experience for all cyclists including those who had only basic skills.

The bike plan involved a review of the existing cycling infrastructure, identification of user groups and carrying out of community consultations.

The City wrote to local schools and obtained inputs from the community on what they thought were the missing links in the existing infrastructure. Steps were initiated to identify the routes that people wanted to use and the process of filling in the gaps was started.

The City of Bayswater has a strong focus on preserving heritage sites. The WA Institute for the Blind Building, which was a neglected and dilapidated structure, has been transformed into a world-class rehearsal and training facility for the West Australian Ballet Centre.

The building originally dates back to 1937 and started as the Royal WA Institute for the Blind. The structure has been totally refurbished and now houses Pilates and treatment rooms, a café and a studio space. There are three fully equipped ballet studios available for hire to dance groups on evenings and weekends.

In 2013, the building won the Gerry Gauntlett Award at the Western Australian Heritage Awards for Excellence in Reuse.

The Eric Singleton Bird Sanctuary is home to a wealth of local flora and fauna. The City, along with the Swan River Trust, has restored the sanctuary resulting in many ecological benefits, including increased biodiversity and the creation of a sustainable bird habitat.

The project has another important role. It serves to remove unwanted nitrogen and phosphorus from the water flowing into the Swan River. This is essential as the Bayswater catchment is one of the biggest in metropolitan Perth. 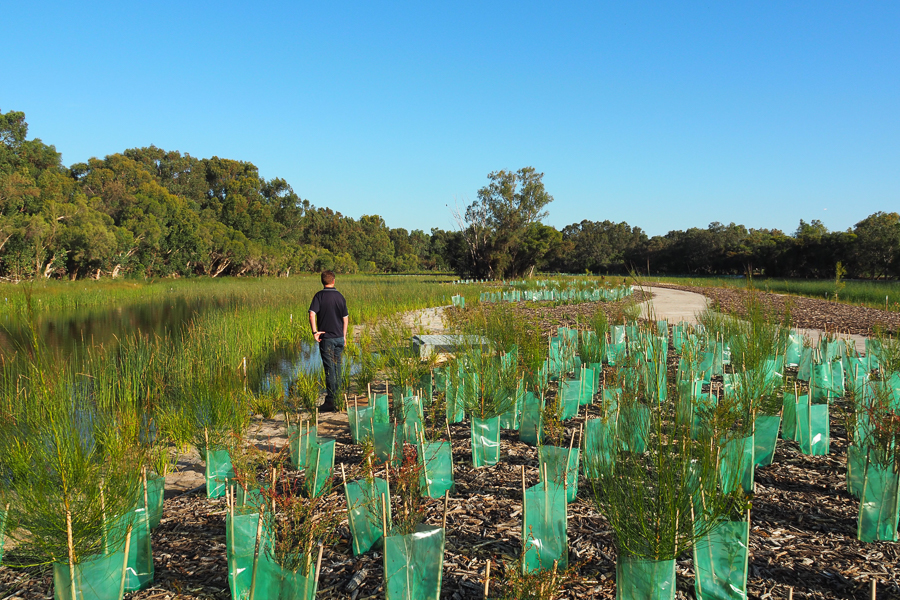 The City has teamed up with a number of other organisations and taken several initiatives to bring about improvements in the water that is discharged into the Swan River. To achieve this, it is actively working with the Swan River Trust, Water Corporation, CSIRO and the Department of Water.

In addition, the Bayswater Brook Action Plan and the Bayswater Drainage Implementation Strategy play a crucial role in maintaining the quality of the water that enters the Swan River.

A target has been set to reduce the level of nutrients from the catchment by 30%, which is equal to 2.87 tonnes of nitrogen and 280 kilograms of phosphorus.

Speaking about the project, Mayor Barry McKenna said, “The City’s commitment to promoting a sustainable environment was very much in evidence, with the revitalisation of the Eric Singleton Bird Sanctuary. This was a $3 million project undertaken in partnership with the Swan River Trust and it delivered many benefits for this artificial wetland.

“These include improving habitat, and the diversity of birds and native flora and fauna. The project will also reduce the level of pollutants entering the Swan River.”

The City of Bayswater has partnered with different levels of government to finance its projects. They have been successful in obtaining grants from the state and federal government and this has enabled the City to take up and complete several projects that deliver great benefit to the community.

The City also follows a practice of involving local residents in deciding on the projects that it takes up and the scope of the work that it carries out. These qualities, along with extremely strong implementation skills, have contributed to making the City of Bayswater a very well administered and capable local government authority.

WHO: City of Bayswater

WHAT: City of Bayswater is home to a number of picturesque, exciting and educational attraction and 10km of Swan River foreshore. 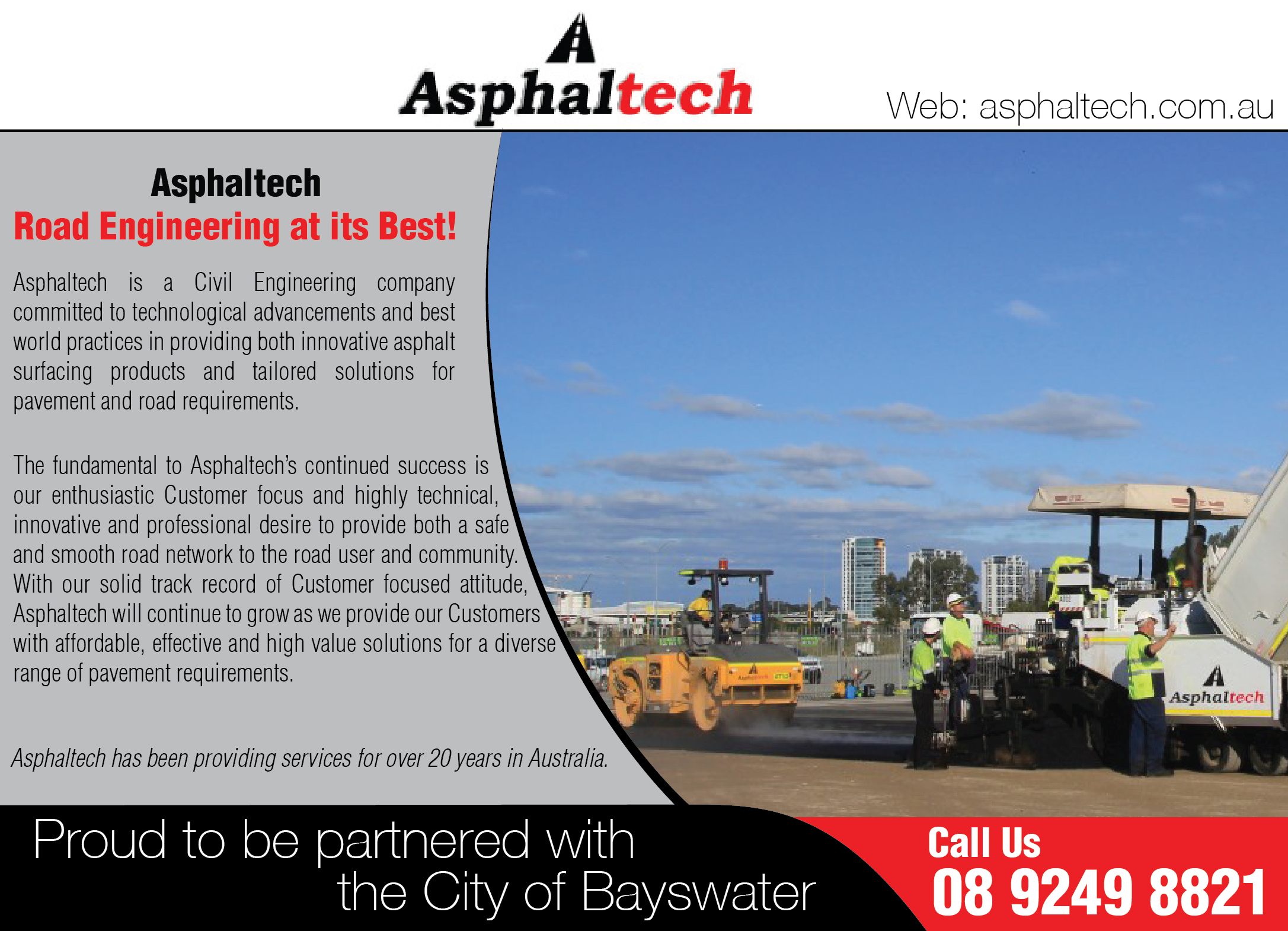 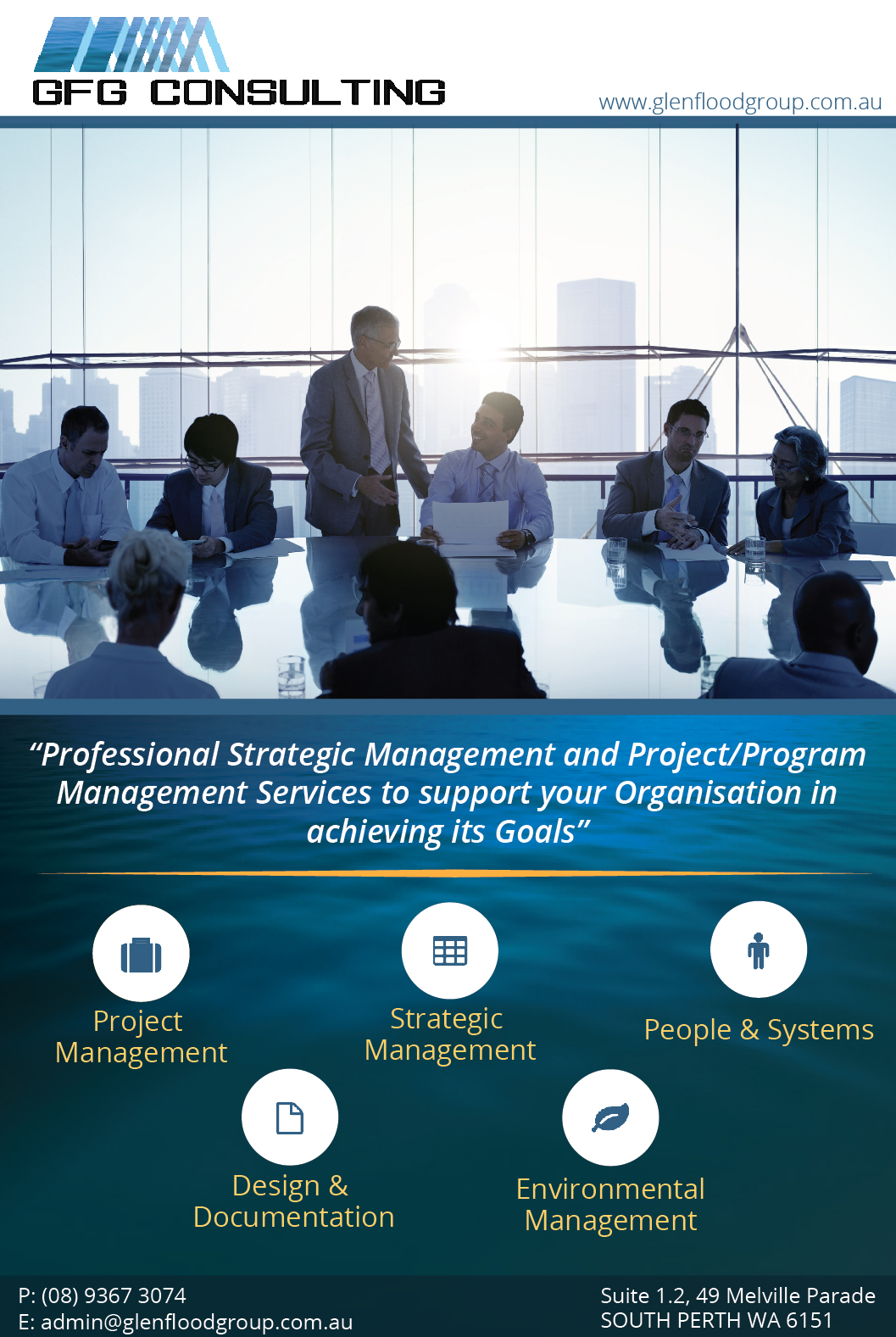 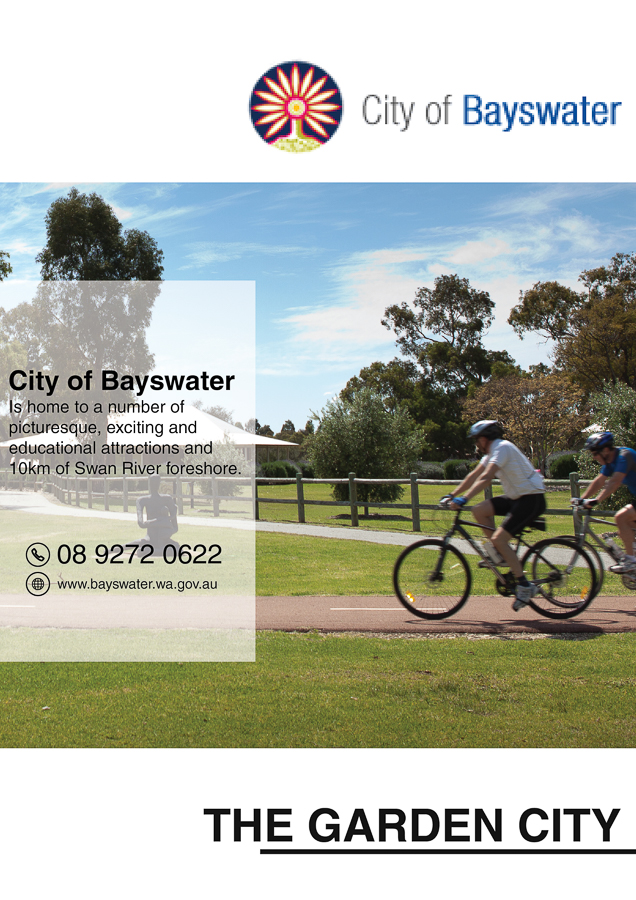